Kevin Joseph “Chuck” Connors (April 10, 1921 – November 10, 1992) was an American actor, writer, and professional basketball and baseball player. He is one of only 12 athletes in the history of American professional sports to have played for both Major League Baseball and in the National Basketball Association. With an extensive, forty-year, film and television career, he may be best known for his five-year role as Lucas McCain in the highly rated 1958-1963 ABC hit series The Rifleman. “They are treating the gangs like legitimate stake holders in the community. They are giving a voice and credibility to organized crime and organized criminal enterprises.” The National Unity Summit failed. Few, if any gang members or gang leaders showed up.

The gang summit was a monumental waste of time. A bigger waste of time was the gullible low information news media who covered and indirectly promoted it. These naive babes in the woods love con men, grifters, charlatans, and frauds. Some even hire them to write columns.

The summit was conceived to generate publicity for the profiteers of murder and mayhem, the celebrity preachers, priests, community organizers, urban translators, interrupters, and politicians.

They are treating the gangs like legitimate stake holders in the community. They are giving a voice and credibility to organized crime and organized criminal enterprises.

There is a particularly large strain of low information people, from all walks of life, who seem to believe that doing something, anything, even if it is ridiculous, to address a critical issue is worthwhile. Just think, they let these people vote.

Supposedly gang members were to discuss violence and work with community leaders and clergy to find solutions to violence.

Intellectual Froglegs: The Revolution Will Not Be Televised (Video)

It took our federal government 44 years to put America in 8 Trillion Dollar Debt—- from 1963 to 2007– yet almost inconceivably, today’s Socialist Democrat Party has matched that insane amount in only 6 years. SIX YEARS!

And now these Democrat Free-Spenders don’t even have a budget, yet they are demanding we raise the limit on their credit cards… WHILE they preach to US about fiscal responsibility? With the full cooperation of the media, of course.

If we had a media… American would know this, but we don’t have a media.

If we had a media… more Americans would be seeing patriots like the 2 Millions Bikers that took over an event originally called The Million Muslim March….

So, I have such a reference for the black spirit, and to see the statistics of 75 percent of the kids born to unwed mothers…I mean, I can’t squawk too loud about that because I’ve been guilty of that as well. But 75 percent? And 98 percent of black deaths are caused by other blacks? It’s inbred, cannibalistic, suicide, genocide. Good lord! What a tragedy.

Original singer Derek St. Holmes, the voice featured in some of Nugent’s most popular songs, is now a solid fixture in the Ted Nugent band. Complete with bruising rhythm section bassist Greg Smith and drummer “Wild” Mick Brown, Nugent is jamming with some of the best musicians in the business. On October 22nd, the aptly-titled two CD+DVD package, Ultralive Ballisticrock, will be released. It captures a 2011 performance of the Ted Nugent band at Penn’s Peak in Jim Thorpe, Pennsylvania. PureGrainAudio checked in with Nugent. Here’s what he had to say.

Hi Ted. How are you?
Nugent: I’m doing grand. Yourself?

I’m doing great, thanks.
Nugent: Good. Maybe I can help you out there. My effervescence runneth over. I’m sure it will transfer over to you.

I love your effervescence. We go back all the way back to 1977 in Phoenix. Nazareth opened the show for you. Catch Scratch Fever tour. You were dynamic, man.
Nugent: Yeah, story of my life. Wait till you see me tonight. God help us all.

If stealing the helmet of a fallen warrior on a war memorial is the heinous act of a reprobate, what’s the difference in defacing and desecrating other war memorials by the removal of sacred symbols that have been a part of them for decades?

While gridlock is the game in Washington, pilfering and degradation apparently are pastimes of some unpatriotic thugs at war memorials across the country. For me, that is about as low as a nation and its people can go.

Last week in Natick, Mass., veterans and other law-abiding citizens were stunned to discover a soldier’s helmet – from one who died in battle – had gone missing from the community’s prized Fallen Soldier’s Memorial. The helmet was cemented atop a rifle that is part of a display that also included a piece of the Twin Towers and two military boots beside a wall of names of service men and women who died during the battles of World War I, World War II, Korea and Vietnam.

CBS Boston reported that this was not the first time the post has been vandalized: The present “We Support Our Troops” sign was chained in after the first one was stolen from the site last year.

Tragically, there has lately been a rash of war memorial vandalisms and defilements across the U.S.

A Vietnam Memorial in Coos Bay, Ore., made up of a concrete cross on a base with an inscription dedicating it “to the men who gave their lives” was bombed in August after an atheist group protested to its Christian symbolism.

“But if you’re a young person out there today and you can finish the theme song from Family Guy, then all the anti-American, anti-capitalist, anti-Christian, anti-morality messages of Family Guy are in your head as completely and thoroughly as that theme song is,” Bill Whittle said.

Evan McMurry at Mediaite reported on the latest cultural criticism at the RightOnline Conference in Orlando this weekend. Conservative blogger and screenwriter Bill Whittle diagnosed Seth MacFarlane’s cartoon “Family Guy” as a symptom of America’s decadent liberalism, and said that conservatives are losing the narrative needed to win elections due to “entertainment” like this.

Whittle charted the decline and fall of American values on our TV screens:

“Any audience of people that grew up with classical Superman automatically love this country, because Superman is about the best America we can be,” he said. “When Superman was all over the pop culture, we were a nation that loved this country. Now, twenty years after the peak of Superman‘s popularity, along comes Gilligan’s Island. That’s pretty neutral in terms of politics…”

For all the talk of infrastructure or stimulus, the latest $6 trillion in federal borrowing seems to have been wasted on bailing out insider banks and green companies, growing the federal work force, regulating the private sector into stasis, and subsidizing those who are not working.

The American middle class, like the American economy in general, is ailing. Labor-force participation has hit a 35-year low.

Median household income is lower than it was five years ago. Only the top 5 percent of households have seen their incomes rise under President Obama.

Commuters are paying more than twice as much for gas as they were in 2008. Federal payouts for food stamps, unemployment insurance, and disability insurance have reached unprecedented levels.

Meanwhile, the country is still running near-record budget deficits and is burdened by $17 trillion in aggregate debt. Yet the stock market is soaring.

How can we make sense of all this contradictory nonsense? Irony.

Obama promised to restore the middle class. In truth, he has enacted the very policies that have done it the most damage in years. That paradox may explain why his base of support remains the very rich and the very poor. Goldman Sachs, federal bureaucrats, and aid recipients are helped in a way that the strapped hardware-store owner, Starbucks barista, and part-time welder are not.

“It puts the idea of resistance in the forefront of the school,” said Villegas, a Humanities grad student and lecturer. 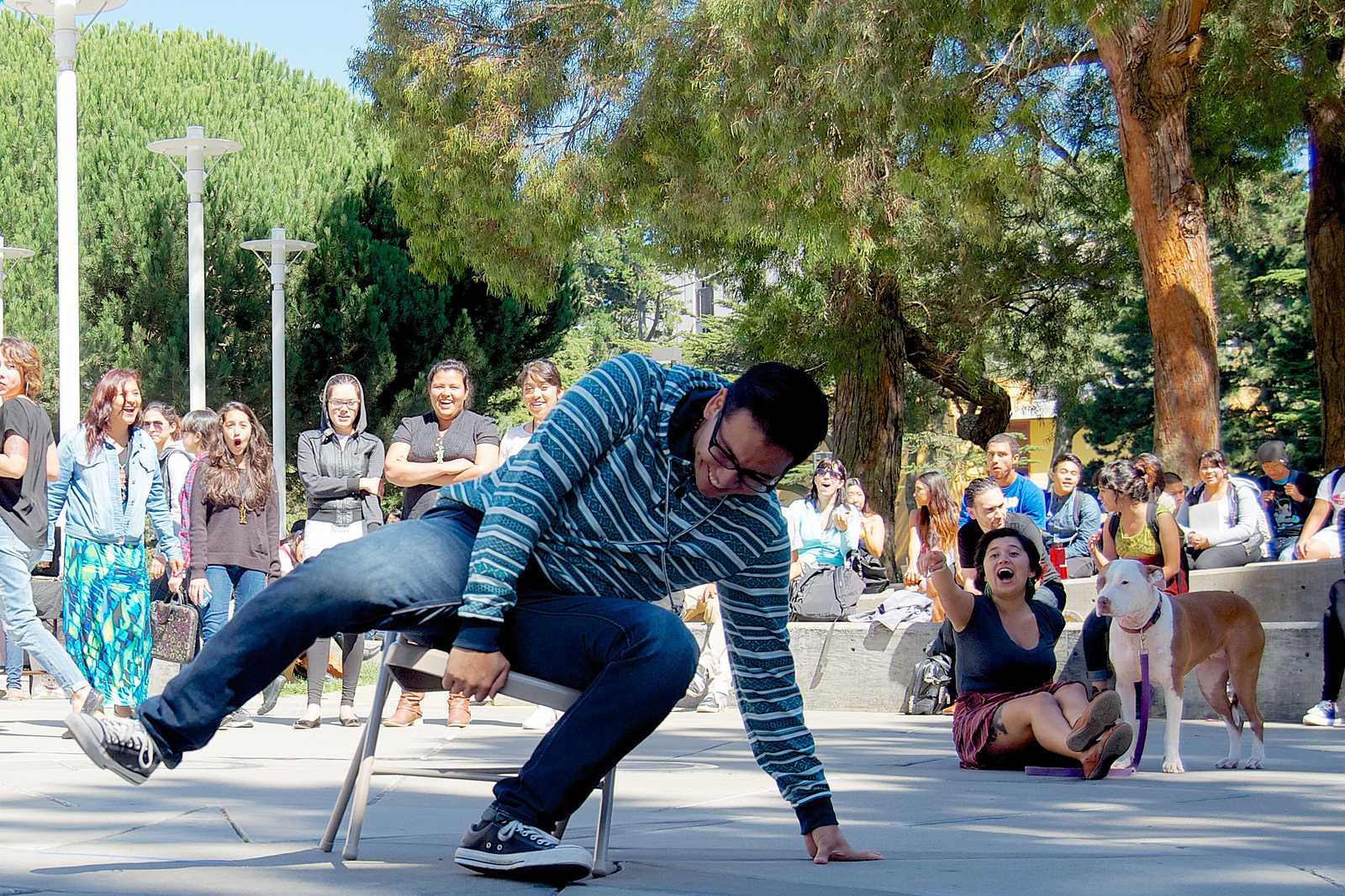 This is the 40th year La Raza has organized the event. This year’s theme was “Celebrating Resistance.”

“Festival de la Americas is to celebrate the independence of all the countries, but the reason why we put ‘celebrating resistance’ (is) because (independence) not only came through resistance, but resistance is still happening today,” said Emilytricia López of La Raza.

She said the foreign policies of first world countries are more like economic imperialism.

“Resistance is part of Latin American culture,” she said. “It becomes our everyday lives.”

Prosecutors and advocacy groups say that MS-13 seems to have pioneered juvenile sex trafficking as gang business — even stepping away from traditional violence and turning to prostitution. MacBride said the endeavor is especially profitable because girls, unlike drugs, can be sold more than once, and the costs to recruit and prostitute them are minimal. 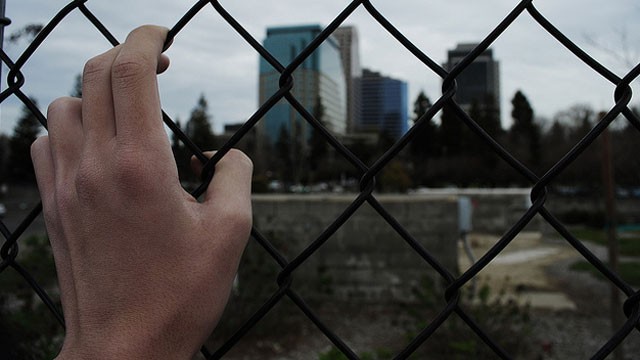 She was a month shy of her 17th birthday when the gang’s leader approached her outside a Tennessee hotel, engaging her in playful banter. But soon “Chyna,” as she would come to be known, was traveling up and down the Eastern Seaboard with the gangster and his friends, having sex with strangers for cash.

At a trial in federal district court in Alexandria this month, prosecutors said Chyna was one of at least four teenagers sold as sex workers by the “Cold-blooded Cartel,” a Georgia-based gang that found Northern Virginia to be an especially lucrative territory to prostitute children. Their case, prosecutors say, is indicative of a disturbing phenomenon in the Washington area. More and more gangs are prostituting teens, finding it a bigger moneymaker than drugs or weapons.

“The profit margin, the income stream that comes from selling the bodies of children .?.?. is enormous,” said then-U.S. Attorney Neil MacBride in an interview before he left the post this month. “Sort of like capitalization welcomes all comers to the marketplace, criminal activity is the same way.”