Gordie Howe: Life of a Legend 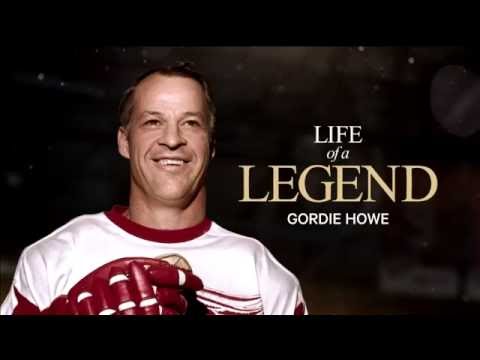 Comments Off on Gordie Howe: Life of a Legend

Posted on March 31, 2017 by ifnm| Comments Off on Fighting Against Globalism | Alex Jones and Stefan Molyneux (Video)

Stefan Molyneux joins Infowars with Alex Jones to discuss Brexit day, how centralized government is used to cover up the incompetence of bureaucrats, fighting back against globalism, President Trump’s push for American energy independence and the continued obfuscation of communist horrors. Posted on March 31, 2017 by ifnm| Comments Off on Swedish Feminists Flee Suburbs Due to Islamic Fundamentalists

Feminists in Stockholm are leaving areas like the notorious migrant-heavy no-go zones of Husby and Tensta because they say religious fundamentalists now rule those suburbs. Nalin Pekgul is a self-described feminist and former member of parliament for the left wing Swedish Social Democrats. For over 30 years, she lived in the Stockholm suburb of Tensta but says that she no longer feels safe there. She claims Muslim fundamentalists have taken over and she doesn’t feel she can visit the centre of Tensta without being harassed, Swedish broadcaster SVT reports.

According to Ms. Pekgul, the situation for women in public life in the area has deteriorated over the past several years. She noted that there has been a rise in religious fundamentalism amongst the men in the area, many of whom come from migrant backgrounds. Pekgul attempted to combat the trend by organising coffee shop meetings but soon abandoned the idea.

“In Tensta I am a known face and I have no desire to stir up trouble when I get harassed,” Pekgul said explaining why she no longer goes into the centre of the suburb. When asked if she will remain in the suburb, she said: “I always hope that it will blow over. One should never forget that the vast majority here are cursing the fundamentalists.”

Zeliha Dagli, a former Left Party politician, did end up moving from the no-go suburb of Husby. Dagli described Husby as having self-appointed “morality police” who attempt to control women’s behaviour in the area.

Comments Off on Swedish Feminists Flee Suburbs Due to Islamic Fundamentalists

Posted on March 31, 2017 by ifnm| Comments Off on Fake doc gets prison for deadly butt injections

Morris, who is not a licensed doctor, combined silicone, mineral oil, Fix-a-Flat tire sealant, cement and Super Glue to give women shapelier backsides.

A woman dubbed the “Toxic Tush” doctor will spend a decade behind bars for using Super Glue and Fix-a-Flat tire sealant to enlarge women’s behinds and causing one patient to die.

Oneal Ron Morris, 36, who is transgender, was sentenced to 10 years Monday in Florida’s Broward County court after pleading guilty to manslaughter and injecting several women with the toxic mixture, according to CBS Miami.

Shatarka Nuby, 31, died after receiving as many as 10 injections from Morris between 2007 and 2010. She paid Morris as much as $2,000 for the deadly procedures, the Sun-Sentinel reported.

Comments Off on Fake doc gets prison for deadly butt injections

Orban: ‘EU Court of Human Rights Is a Security Threat to Europeans’

Posted on March 31, 2017 by ifnm| Comments Off on Orban: ‘EU Court of Human Rights Is a Security Threat to Europeans’

Hungarian Prime Minister Viktor Orbán told the annual congress of the European People’s Party (EPP) that the European Court of Human Rights (EHCR) is a “threat to the security of EU people” and an invitation to migrants. He urged the EPP to advocate for “national pride and Christian identity” or Europe will have a Muslim majority within a generation. Addressing the conference in Malta on Thursday, Orbán called mass migration from the Middle East a “Trojan Horse of terrorism” and the language of political correctness “unable to identify and understand the true dangers of migration”, reports Euractiv.

Adding that migration has become an NGO business, he said it had imported a significant “anti-Semitic potential to Europe”.

The Hungarian premier slammed the ECHR, saying that it was in urgent need of reform as its decisions pose “a threat to the security of the European people and offer an invitation to migrants”.

“Europe is the best place in the world,” Orbán said, “at least for the time being”. He warned that the continent faces “serious dangers”, and that migrants settling in Europe favoured living in parallel societies over integration. The view in Central Europe, he said, remained that “if this keeps up”, Western Europe would have a Muslim majority “within our generation’s lifetime”.

Prime Minister Orbán urged the centre-right EPP, which includes parties such as Angela Merkel’s Christian Democratic Union (CDU), the Austrian People’s Party, and Sweden’s Moderate Party, to take up the intellectual and political struggle against the left and be “Europe’s flagship”, advocating for “national pride and Christian identity”.

Comments Off on Orban: ‘EU Court of Human Rights Is a Security Threat to Europeans’

The Civic Cost Of Illegal Immigration by Victor Davis Hanson

Posted on March 31, 2017 by ifnm| Comments Off on The Civic Cost Of Illegal Immigration by Victor Davis Hanson

In sum, there are several reasons to put a stop to illegal immigration. But among the most important and forgotten is the insidious destruction of what it means to be a citizen.

The arguments for ignoring illegal immigration are as well-known as the self-interested motives that drive it.

In the abstract, open-borders advocates argue that in a globalized culture, borders are becoming reactionary and artificial constructs. They should not interrupt more natural ebbs and flows of migrant populations.

More concretely, an array of vested interests sees advantage in dismantling the border: employers in hospitality, construction, food processing, and agriculture prefer hard-working low-wage immigrants, whose social needs are often subsidized by the government and who are reluctant to organize for higher wages.

The Democratic Party welcomes in impoverished immigrants from Latin America and Mexico. It hopes to provide generous social welfare assistance and thereby shepherd new arrivals and their offspring into the salad bowl of victimization and identity politics—and thereby change the electoral map of key states from red to blue.

La Raza activists see unchecked illegal immigration as useful in maintaining a large pool of unassimilated and poor foreign nationals who look to group leaders, thereby ensuring the continuance of what has become an industry of ethnic activism and careerism.

Posted on March 30, 2017 by ifnm| Comments Off on Why Modern Art is Absolute Crap – Paul Joseph Watson (Video)

And why the cancer is spreading to popular culture. 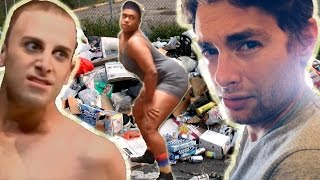 TX Gov Abbott: I Will Sign Legislation That Could Put Sheriffs of Sanctuary Cities in Jail (Video)

Posted on March 30, 2017 by ifnm| Comments Off on TX Gov Abbott: I Will Sign Legislation That Could Put Sheriffs of Sanctuary Cities in Jail (Video)

“We have been pushing a piece of legislation in Texas that is going to pass that I will be signing into law that imposes even sterner penalties on counties. It will include things such as further defunding them. It will impose fines. And it could impose jail time for these sheriffs to enforce the laws. Oddly enough these sheriffs could wind up behind the very bars they are releasing these criminals from.”

On Newsmax TV’s “The Steve Malzberg Show,” Gov. Greg Abbott (R-TX) said he will confront the issue of cities that refuse to comply with immigration law by signing legislation that could jail sheriffs of sanctuary cities.

Comments Off on TX Gov Abbott: I Will Sign Legislation That Could Put Sheriffs of Sanctuary Cities in Jail (Video)

Posted on March 30, 2017 by ifnm| Comments Off on Mexican man who raped school girl found not guilty because he “didn’t enjoy” it

With judges like this and thugs allowed to roam free, do you really blame Trump for wanting to build the wall?

A 21-year-old Mexican man was found not guilty of sexually assaulting a school girl because he “didn’t enjoy” himself, a judge has ruled.

According to The Guardian, Diego Cruz “was one of four young men from prominent families in the coastal state of Veracruz who were nicknamed “Los Porkys” on social media after they were accused of seizing a classmate from their elite private school as she left a New Year’s party on 1 January 2015.”

On Monday, Judge Anuar González found that although Cruz was accused of touching the young girl’s breasts and penetrating her with his fingers, he acted without “carnal intent” and was not guilty of assault.

The Judge also said that while the victim was forced into the car of one of her alleged attackers, she was “never helpless”. This is despite the fact that two of the other three suspects are accused of penetrating the victim.

Cruz fled to Spain, but was extradited back to Mexico. Human rights activists such as Estefanía Vela Barba were baffled by the case.