For the Criminology study, the team used Lotka–Volterra equations, which were designed to model the population dynamics of species competing for common resources. Since the 1930s, ecologists have used the equations to study the relationships between competing groups as diverse as bee colonies, troops of chimpanzees and prides of lions.

A mathematical model that has been used for more than 80 years to determine the hunting range of animals in the wild holds promise for mapping the territories of street gangs, a UCLA-led team of social scientists reports in a new study.

“The way gangs break up their neighborhoods into unique territories is a lot like the way lions or honey bees break up space,” said lead author P. Jeffrey Brantingham, a professor of anthropology at UCLA.

Further, the research demonstrates that the most dangerous place to be in a neighborhood packed with gangs is not deep within the territory of a specific gang, as one might suppose, but on the border between two rival gangs. In fact, the highest concentration of conflict occurs within less than two blocks of gang boundaries, the researchers discovered.

The findings appear online today in Criminology, a peer-reviewed scholarly journal published by the American Society of Criminology, the world’s largest society of scholars conducting research on crime.

“Maps of gang territories provide police with a better understanding of how to allocate resources,” said research co-author George E. Tita, an associate professor of criminology, law and society at UC Irvine. “So figuring out the most accurate approach is really important for effectively deploying law enforcement.”

Currently, law enforcement agencies map gang territories based on police observation of such clues as graffiti and where gang members hang out. In these maps, geographic features like streets, parks and schoolyards typically delineate gang territories.

Ansar Dine is pushing for strict sharia, Islamic law, across the whole of the country and deems un-Islamic the shrines of Timbuktu, an expression of the local Sufi brand of the religion.

Islamists rebels of Ansar Dine, seen on April 24, 2012 near Timbuktu, Mali, have destroyed the tomb of Saint Sidi Mahmoud.

The attack came just four days after UNESCO agreed to a request by the West African state to place Timbuktu on its list of heritage sites in danger following the seizure of its northern two-thirds in April by separatist and Islamist rebels.

“They have already completely destroyed the mausoleum of Sidi Mahmoud (Ben Amar) and two others. They said they would continue all day and destroy all 16,” local Malian journalist Yeya Tandina said by telephone of the 16 most prized resting grounds of local saints in the town.

“They are armed and have surrounded the sites with pick-up trucks. The population is just looking on helplessly,” he said, adding that the Islamists were currently taking pick-axes to the mausoleum of Sidi El Mokhtar, another cherished local saint.

“It looks as if it is a direct reaction to the UNESCO decision,” Timbuktu deputy Sandy Haidara said by telephone, confirming the attacks.

Who shall defend the Constitution? by Tom Tancredo

The high court’s Arizona ruling gives not only the Obama administration but any future president the discretion to disregard any federal law they choose not to enforce if in the president’s unilateral judgment, it might complicate his foreign-policy decisions. This is a bizarre ruling to say the least. Republican appointees on the Supreme Court twice this week abandoned the Constitution to give new powers to the federal government and the Obama administration. The question for conservatives and patriots is: What can be done about it?

On Monday, in the Arizona ruling, the court acted to create a dangerous and illogical doctrine of federal pre-emption on immigration law. States no longer have any right to help defend against foreign invasion. They must rely on Eric Holder and Janet Napolitano if that invasion is without tanks and missiles. Good luck with that.

On Thursday, in the Obamacare ruling, the court had to effectively rewrite the Affordable Care Act to justify it as constitutional. They discovered something the authors and proponents of the act vehemently denied: It is a taxation measure, not an unconstitutional expansion of the commerce power.

In the Arizona case, the Supreme Court has legislated a new doctrine of federal pre-emption: The federal government may not only establish some areas of law as off limits to states, but it can unilaterally decide to bar states from enforcing a law it has chosen not to enforce. Thus, the ruling allows the executive branch to effectively repeal acts of Congress.

More Affordable Health Care! (Except for the Military)

President Barack Obama is threatening to veto a defense appropriations bill unless military families have to pay higher fees for TRICARE, the military’s health insurance program. The Obama administration ostensibly wants to help the Pentagon save money; the real motive is to make TRICARE less attractive than costlier Obamacare exchanges.

The Free Beacon notes that the bill that passed the House of Representatives, with bipartisan support, refused to incorporate the President’s request for higher TRICARE fees–and the administration has expressed displeasure.

Once again, we see that Obama’s supposed devotion to military families–a cause purportedly dear to the First Lady’s heart–does not extend beyond using military families as political props, whether as salve for Obama’s anti-war sentiments or as campaign-commercial fodder to make Obama look like a better leader than he actually is. Despite President Obama’s penchant for referring to “his” solders, his affected affection evidently only goes so far. Obama’s real goal is to protect Obamacare, and to advance his ambition of transforming the nation–and if the health care of America’s military families must suffer, so be it. It’s not as if he’s relying on military votes.

“What are you going to do in two, three, four years when the market suddenly says ‘no more money’ and the Germans don’t have more money and the American debt has gone through the roof.”

European Union leaders at a summit voted to give their bailout fund, the European Stability Mechanism (ESM), power to directly recapitalize banks.

Under previous rules, bailout money went to the countries themselves, which then funneled the funding to recapitalize banks, which added to overall national debt burdens.

Still, Rogers says, existing debt burdens are too high, and until those come down, such measures kick the can down the road.

“Just because now you have a way to get them (the banks) to borrow even more money, this is not solving the problem, this is making the problem worse,” Rogers tells CNBC.

“People need to stop spending money they don’t have. The solution to too much debt is not more debt. All this little agreement does is give them (banks) a chance to have even more debt for a while longer,” he added.

European policymakers also allowed troubled countries to tap rescue funds to prop up financial sectors without having to resort to painful austerity measures and also agreed to create a single supervisory body for eurozone financial institutions later this year.

“Racism” has turned into a political hustle. You play a role in killing more than 300 people like Eric Holder with Operation Fast and Furious and the real scandal is supposed to be the motive of people questioning it. If you’re here in this country illegally, using someone else’s Social Security number, claiming that you have 14 kids to get a huge earned income tax credit — anyone who has a problem with that is supposed to be a racist.

We’re all friends here, right? All right, maybe we’re not. But, we can still have an open honest conversation, can’t we? Okay, we may not be there yet, but someone has to open up the lines of communication and say what we’re all thinking: Crying racism just doesn’t work like it used to, does it? There was a time when someone like Jesse Jackson or Al Sharpton could scream “racism” and people were horrified and swarmed around like ants at a picnic trying to make that awful word go away. Now, you cry racism and it produces eye rolls and smirks. It’s almost as if the person calling someone the bigot is actually the bad guy. Who’d have ever thought we’d get to that point in a country like America?

But that’s just it, isn’t it? Sure, this used to be a racist country. We had slavery, the KKK, segregation, Jim Crow laws…the operative words there being “used to.” Slavery ended in 1865, segregation and Jim Crow laws ended in 1964, and although the KKK is still around, it’s a running joke. In other words, if you’re 48 years old or younger, you’ve always lived in a country where whites are the only race the government can legally discriminate against via affirmative action and racial set asides. That’s not to say that the racial discrimination against whites is remotely comparable to the discrimination that black Americans endured. It most certainly isn’t, but it is racial discrimination against people whose only crime is being born the wrong skin color and that skin color is white, not black.

The Zetas were founded by former soldiers who defected from the Mexican military in 1998 to work as hired killers for drug traffickers. They have since carved out their own smuggling empire, expanded massively across Mexico and diversified into kidnapping, extortion and theft of crude oil. Brutal death: Each of the men are asked to state their name and who sent them before being told they will meet their end

A gruesome video depicting the decapitation of five members of a Mexican drug cartel by a rival gang has been posted on the internet in the latest atrocity in the raging battle over drug-smuggling routes.

The chilling, three-minute video is the latest stunt in the deadly feud – which has already claimed a number of similarly gruesome deaths.

The video, which was posted on the cartel-tracking blog Mundonarco.com, shows masked members of the Gulf cartel standing behind five shirtless members of the Zetas cartel, who have black ‘Zs’ painted on their chests.

The masked men are wielding machetes and slap their prisoners, who are kneeling below them, as they each state their name for the camera.

When they are asked who sent them, they each reply ‘Z-40’.

40 is the name given to Miguel Angel Treviño Morales, the Zeta cartel’s second-in-command.

The man shooting the video tells them: ‘You find yourselves here because you came to f*** us. Pay attention, men.’

The camera then shows three of the men start the grizzly, slow process of beheading them as they hack and saw at their necks with the machetes.

As the men plead for mercy, the man shooting the video says: ‘This is how all your filthy people are going to end.’

When the process is over, after almost two painstaking minutes, the masked men hold the severed heads up like they are trophies.

The fate of only three of the five men is revealed. Blame: Miguel Angel Trevino Morales is one of the alleged leaders of Los Zetas and it was he who allegedly sent the men who were beheaded

Governor Brown and President Obama have not only ignored the problems that are caused by illegal aliens, but they have pandered to them. Not a day goes by without another entitlement passed by the Legislature to benefit illegals – free college, free healthcare, free food etc. This has to stop and every Californian needs to tell our leaders that this will not be tolerated. 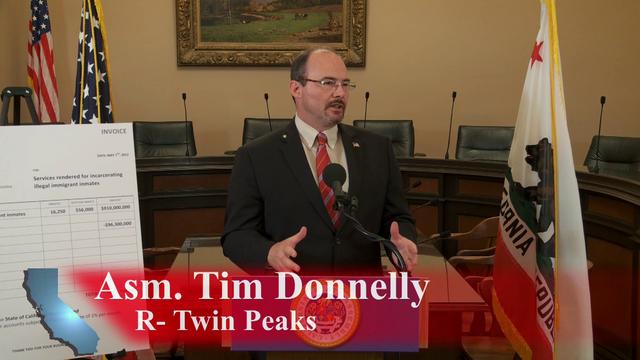 While trying to solve Hooterville’s bug problem, Oliver decides to rent a crop dusting plane from a local airplane service, only to find out that it is run by Mr. Haney. 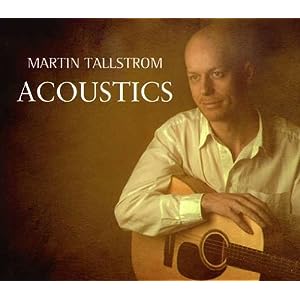