Posted on October 6, 2017 by ifnm| Comments Off on Police fear spike in ‘Knockout Game’ craze after thug floors stranger with sickening blow from behind

Shocking footage shows a man savagely punching a passerby in the back of the head knocking him unconscious in Rosenberg, Texas. 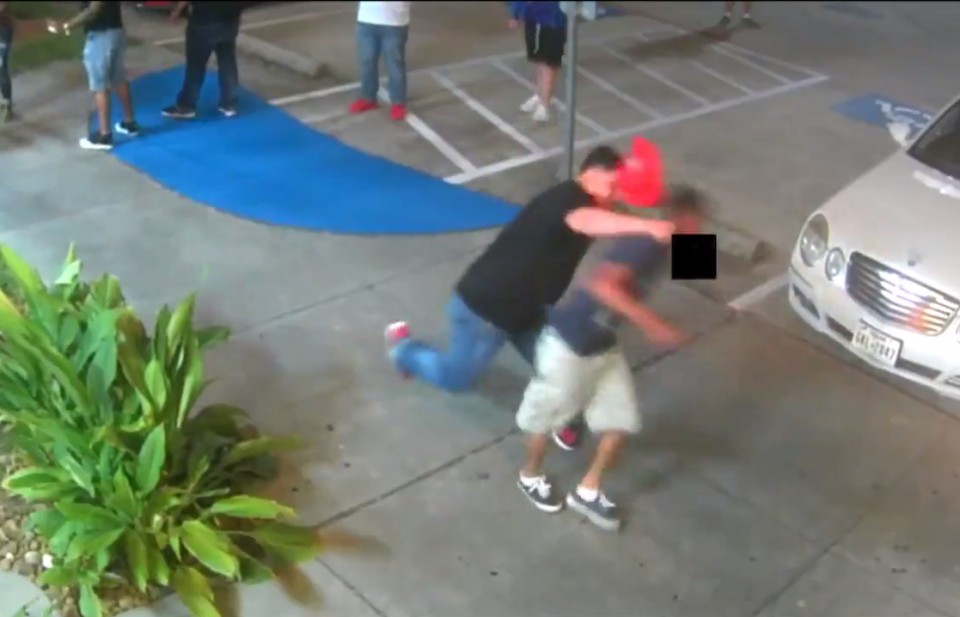 Police fear that a viral video trend known as the “Knockout Game” may be rearing its ugly head again after footage emerged of a man decking a total stranger.

Shocking footage has emerged of an unsuspecting victim strolling down the street in Rosenberg, Texas before being laid out by a thug.

The passerby was caught completely unaware by the blow which instantly knocked him unconscious with such force that it sent his hat flying off his head.

Bystanders failed to help the man after he thudded to the floor in footage released by local cops.

The 30-year-old victim spent several nights in hospital and is understood to still be recovering from his injuries.

Cops have now named 18-year-old Alejandro Maldonado as a suspect in the crime.

The videographer can be heard egging on the attacker. It is clear that both of them think that it is fun to hurt people and feel no hint of empathy. Complete dehumanization of “the other” (a favorite concept that the left uses to disparage white people).

The rhetoric of victimization has progressed to the point where young black people apparently think they are free to assault other races, record the act, and post the videos to social media, with no consequences to follow. The fact that they are mistaken in that belief, and often apprehended, is cold comfort to the victims, singled out for attack because of race. The so-called knockout game (aka, polar-bearing, polar bear hunting, point ‘em out, and others) is a sign of our times.

The video below was taken in Paterson, NJ: