Stars: Roddy Piper, Keith David, Meg Foster. A drifter discovers a pair of sunglasses that allow him to wake up to the fact that aliens have taken over the Earth.

Comments Off on Complete Classic Movie: They Live (1988)

Posted on July 31, 2015 by ifnm| Comments Off on Frank Sinatra, Dean Martin & Bing Crosby – Together 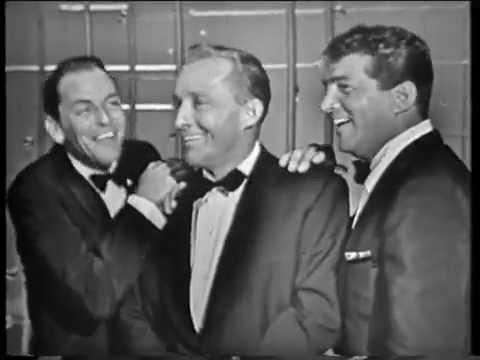 Comments Off on Frank Sinatra, Dean Martin & Bing Crosby – Together

Comments Off on The Lady Eve – Trailer

Dan Haggerty, the star of many family films and the hit TV show Grizzly Adams is solidly behind Donald Trump

Posted on July 31, 2015 by ifnm| Comments Off on Dan Haggerty, the star of many family films and the hit TV show Grizzly Adams is solidly behind Donald Trump

Mr Haggerty says: “I know him, he is a fine family man, he’s fearless, and he says what he believes. He is a great businessman and he’s a winner! While all the politicians are double-talking, Trump gets things done. I’ve spent time at his beautiful place in Florida and he has always been a very kind and hospitable man. He cares about people, but Donald is tough, and that’s what we need in America.”

I’ve loved bears all my life. We’ve had enough donkeys and elephants… we need a Grizzly Bear like Trump.

Comments Off on Dan Haggerty, the star of many family films and the hit TV show Grizzly Adams is solidly behind Donald Trump

Salma Hayek: Racism in America Is ‘the Big Elephant in the Room’

Posted on July 31, 2015 by ifnm| Comments Off on Salma Hayek: Racism in America Is ‘the Big Elephant in the Room’

Oscar-nominated actress Salma Hayek sounded off on the “big problem” of racism in America during an interview for an upcoming film this week. Hayek was promoting her new animated film The Prophet when the talk turned to more serious issues.

“We have a big problem, the Mexican-American actress told Entertainment Tonight. “I think that this is the big elephant in the room. Because there were many years where people were saying, ‘oh, racism is over in America.’ And ‘America is very inclusive.’ And I think in the last couple of years, more and more, we’re realizing that that is a lie and that this is a very big problem that we need to deal with.”

In another interview for the film, Hayek blasted Republican presidential candidate Donald Trump.

Hayek told E! that she refuses to “say his name” so as not to give him any “extra publicity.”

“I’m aware that he would say anything to attract attention and create the publicity around him,” Hayek said of the remarks Trump made about immigration during his presidential campaign announcement. “If something generates publicity, I would never be surprised about anything he does.”

Comments Off on Salma Hayek: Racism in America Is ‘the Big Elephant in the Room’

Stars: John Savage, James Woods, Franklyn Seales. Greg Powell is a disturbed ex-con who recruits Jimmy Smith (aka Jimmy Youngblood), a petty thief, as his partner in crime. Powell panics one night when the two of them are pulled over by a pair of cops for broken brake-lights. Powell decides to kidnap the cops and Smith, as always, reluctantly goes along with Powell’s crazy scheme. The group drives out to a deserted onion field in Bakersfield, California and one officer is shot while the other escapes. The remainder of the film explores the nature of the American justice system, as well as the devastating psychological effects of this event and the trial on the surviving officer.

Comments Off on Complete Classic Movie: The Onion Field (1979)

The birth of Sin City: Rare retro photos reveal how Las Vegas transformed from a one-horse town to the glitzy City of Lights

Posted on July 31, 2015 by ifnm| Comments Off on The birth of Sin City: Rare retro photos reveal how Las Vegas transformed from a one-horse town to the glitzy City of Lights

Despite its reputation for excess and surrealism, as a natural oasis in the desert Las Vegas was born from necessity. Established in 1829 by merchants as a trade route stop between Mexico and California – the Old Spanish Trail. It quickly became popular for its gambling, resulting in the creation of a central strip of entertainment venues. Stars flocked in their droves, including Elvis Presley, Brigitte Bardot and Gene Kelly to name a few. First glimmer: The main strip in Las Vegas during the golden era hints at its potential for growth. The open expanse reveals the desert backdrop in all its glory and the Dunes Hotel is the only focal point in the foreground

Las Vegas. The desert metropolis which thrives on 24-hour gambling, showgirls and casinos without a clock in sight to remind revellers of the world outside.

Synonymous with hedonism, this adult playground has grown to attract millions of visitors annually, each bringing with them trillions of dollars to its Nevada location.

Despite its reputation for excess and surrealism, as a natural oasis in the Mojave desert, America’s City of Lights was actually established in 1829 for practical reasons. Mexican explorer and merchant, Antonio Armijo, first sought to open up the area as a trade route between Mexico and California, called the Old Spanish Trail.

When the San Pedro, Los Angeles and Salt Lake Railroad were created in 1905, the small settlement quickly became known as ‘Sin City.’ With pink limousines, tacky souvenirs and the gigantic Vegas strip, the larger-than-life city became a beacon in the desert over the years – but it didn’t always look that way. Unearthed: This 1906 picture of the city shows its early days and the original settlement before it became a thriving metropolis Nostalgia: With the odd car driving down Fremont Street in Las Vegas, this image is far cry from the packed main strip tourists witness today

Comments Off on The birth of Sin City: Rare retro photos reveal how Las Vegas transformed from a one-horse town to the glitzy City of Lights

“I don’t think I’ll get the chance to run against Hillary because what she did was criminal.” Donald Trump

Comments Off on Trump: Maybe Kerry & Obama Are Not Bright (Video)

Posted on July 31, 2015 by ifnm| Comments Off on Donald Trump Lays Out Immigration plan On Hannity (Video) 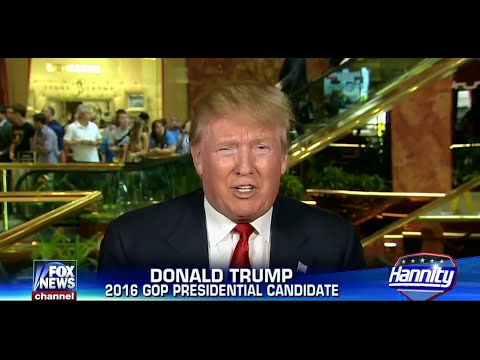 Posted on July 31, 2015 by ifnm| Comments Off on FBI: Key West man charged with trying to use backpack bomb in terror plot

Yet another Latino converts to Islam.

In April, the FBI got a tip from someone who had received a Facebook friend request from a person by the name of “Almlak Benitez.”

Benitez wrote that he wanted to recruit the “friend” for a U.S.-designated terrorist group, the Islamic State of Iraq and the Levant — notorious for its videotaped beheadings of kidnapped journalists and aid workers in the Middle East.

FBI agents took one look at Benitez’s Facebook page — with postings such as “We are the islamic state. We are isis Muslims” — and directed an undercover operation that would lead to Monday’s arrest of a 23-year-old Key West man whose real name is Harlem Suarez.

Suarez, aka “Almlak Benitez,” was charged with trying to use a backpack bomb in a planned explosion on a public beach in Key West, but he also allegedly discussed carrying out a terrorist-style attack in Marathon or Miami Beach on the Fourth of July, according to the FBI.

On Tuesday, Suarez was charged with attempting to use a weapon of mass destruction, an offense that carries a potential sentence of up to life in prison, the U.S. attorney’s office said. Suarez, who lives with his parents in an apartment on Stock Island, faced a federal magistrate judge in Miami. He is being held in federal detention and will have a hearing next Monday, when his defense attorneys will ask for his release on bond before trial.

Comments Off on FBI: Key West man charged with trying to use backpack bomb in terror plot