Democrats Have Lost Touch With the Beating Heart of America (Video)

Posted on November 16, 2021 by ifnm| Comments Off on Democrats Have Lost Touch With the Beating Heart of America (Video)

“But while the Democrats‘ willful ignorance is a boon to Republicans –  and it is – it’s going to be terrible for the country,” she said.

Laura Ingraham said the Democrats have lost touch with the American people on Wednesday’s “Ingraham Angle” and slammed the notion that “racism” played a factor in the Republican win in the Virginia gubernatorial race.

“The fact is, Democrats long ago lost touch with the beating heart of America, which is its middle-class, blue-collar workforce. Their jobs were exported overseas and the old establishment didn’t care, frankly, of either party. Their fathers and sons are now dying from drugs crossing our southern border, they don’t care. They’re losing their jobs because of vaccine mandates, but the Democrats don’t care. They favor vaccine mandates. And now the same blue-collar workers are struggling to fill up their gas tanks, and no one on the left cares.”

Posted on May 12, 2021 by ifnm| Comments Off on Nigel Farage says ‘collapse’ of UK Labour Party puts Dems on notice (Video)

‘Stop Lying to Us’: Ingraham Blasts Durbin for ‘Tired Trope’ About Jobs Americans Won’t Do (Video)

Posted on February 14, 2018 by ifnm| Comments Off on ‘Stop Lying to Us’: Ingraham Blasts Durbin for ‘Tired Trope’ About Jobs Americans Won’t Do (Video)

She said Democrats don’t really care about illegal immigrant workers, and they are more concerned with “remaking the electorate,” even if it’s at the expense of working men and women.

In her “Angle” monologue Tuesday night, Laura Ingraham called out Democrats for claiming that illegal immigrants help the U.S. by doing the jobs that Americans won’t — or can’t — do.

She noted that Sen. Dick Durbin (D-Ill.) pulled out a “tired trope” on the Senate floor on Monday when he said that undocumented immigrants are the only ones who will do hard, backbreaking work like manual labor and picking fruit.

“That is offensive on so many levels,” Ingraham said, arguing that there are plenty of Americans who will do the jobs that Durbin “turns his nose up at.”

Comments Off on ‘Stop Lying to Us’: Ingraham Blasts Durbin for ‘Tired Trope’ About Jobs Americans Won’t Do (Video) At least half of the suspects apprehended in a major drug bust last month in Cincinnati were reportedly in the United States illegally, Laura Ingraham said Wednesday night.

Federal authorities say Armando Reyes-Cortez, Annel Reyes-Valdes and Armando Gonzalez-Rosas — all reportedly undocumented immigrants — were part of a large heroin trafficking operation in the Cincinnati area, engaging in a conspiracy to possess and distribute more than 1,000 grams of heroin.

Butler County Sheriff Richard Jones told Ingraham that this was the fourth big drug bust in the area.

“They had thousands of hits of heroin, cocaine, guns … thousands of dollars,” Jones said, adding that drugs are “destroying” the community.

Ingraham said the memo reveals the “real” collusion that occurred during the 2016 election, and it wasn’t between the Trump campaign and Russia.

The memo, which was released on Friday by Republicans on the House Intelligence Committee, contains a number of bombshell allegations, including that the FBI and Justice Department relied on the infamous anti-Trump dossier to secure FISA surveillance warrants to spy on at least one member of the Trump team.

It also claims the former British spy who compiled the dossier — which was funded by the Hillary Clinton campaign and the Democratic National Committee — had a personal animus toward President Donald Trump.

Parents of child killed by MS-13 speak out (Video)

Posted on February 3, 2018 by ifnm| Comments Off on Parents of child killed by MS-13 speak out (Video)

Mother and father of Kayla Cuevas react on ‘The Ingraham Angle’ to the president’s State of the Union address. 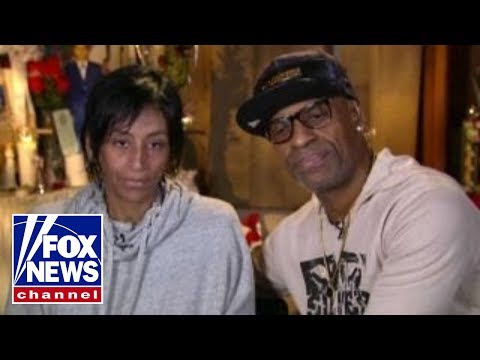 Posted on January 22, 2018 by ifnm| Comments Off on Gang Hunter: Foreign-Born Members Are Unleashing Unprecedented Violence in U.S.

The machete is the weapon of choice for these young assailants, crime task-force director tells ‘The Laura Ingraham Show’

Foreign-born gang members have unleashed a wave of violence in Northern Virginia — a viciousness that was unheard of 30 years ago, the head of a crime task force said Monday.

“The difference in the violence is it’s very ruthless … They’re cutting off body parts. They are sending a message,” he said. “And you can imagine being hit by a machete. I mean, it does just horrible damage to the body. And that’s their weapon of choice.”

Lanham added, “When you go back 30 years ago, as you mentioned, we weren’t seeing the level of violence we’re seeing now. Today, the violence has really ramped up.”

Lanham said the average age of gang members is between 14 and 21.

Comments Off on Gang Hunter: Foreign-Born Members Are Unleashing Unprecedented Violence in U.S.

Posted on January 13, 2018 by ifnm| Comments Off on Trump Not Yet On Board With A DACA Deal – Ingraham Angle (Video)

“You got drugs coming across the border, human trafficking. They can talk a good game how they’re pro-women, we’re all about women … I can tell you who doesn’t have any reproductive rights right now — that’s Kate Steinle and a lot of people like her.”

Saturday on Fox News Channel’s “Watters World,” Fox News Channel host and conservative radio talker Laura Ingraham offered her theory on why Democrats were unwilling to support a border wall and were for sanctuary city policies, especially in the wake of the verdict from a San Francisco jury that found illegal alien Jose Ines Garcia Zarate not guilty for the killing of Kate Steinle.

Ingraham told host Jesse Watters much of it has to do with Democrats seeking a demographic shift that is more in line with their policies.

WATTERS: Why don’t Democrats want a wall and why do they want these sanctuary city policies? What is the real reason?

Ann Coulter: America should be choosy about who comes here (Video)

Posted on November 3, 2017 by ifnm| Comments Off on Ann Coulter: America should be choosy about who comes here (Video) Comments Off on Ann Coulter: America should be choosy about who comes here (Video)