Radio legend Michael Savage revealed to his audience Friday that ‘very important people,’ have approached him to run against Senator Dianne Feinstein (D-CA). SAVAGE: “Some very important people have come to me and said ‘Savage, would you like to run as an independent for the U.S. Senate in the of California against the esteemed Dianne Feinstein?’ Now you may say ‘you don’t have a ghost of a chance.’ With all those illegal aliens, with all that union money, with no press on your side, how could you David run against the Goliath of Feinstein?” […] I’ve been holding down the fort for 24 years this March. 24 years in the radio business and I am younger than Dianne Feinstein. That’s right. I’ve been asked by a number of very powerful, important people to run as an independent for the U.S. Senate in the state of California and I am contemplating whether I really want to leave what I’ve worked for all my life and roll in the mud because politics is the dirty business on the planet.”

Posted on March 17, 2017 by ifnm| Comments Off on Michael Savage Following Alleged Assault: ‘It Is Clearly Open Season on Prominent Trump Supporters’

“It is clearly open season on prominent Trump supporters,” talk radio star Michael Savage told Breitbart News one day after he was reportedly allegedly assaulted at a restaurant in Tiburon, California. Savage, who has been credited with aiding President Donald Trump’s election, said that he was not able to comment on the specific alleged incident. His attorney told the news media that Savage was verbally taunted and then assaulted by a restaurant patron.

It is clearly open season on prominent Trump supporters. The fascist left has been empowered by their own false narrative that those who support borders, language and culture – my motto – are evil fascists! This is how Hitler came to power. He used his brown shirts to beat any opponents. The media and police are almost wholly driven by this lie.

Michael Savage, the 74-year-old host of the nationally syndicated talk radio show Savage Nation, was dining solo at Servino Ristorante in Tiburon, with his toy poodle, Teddy, keeping him company, when another patron allegedly began taunting him by saying, ‘weener, weener.’

Michael Savage to be inducted into radio hall of fame

Posted on November 18, 2016 by ifnm| Comments Off on Michael Savage to be inducted into radio hall of fame

‘I’m honored to be in the company of greats’

Michael Savage, the host of the nationally syndicated “The Savage Nation,” will be inducted into the National Radio Hall of Fame at a ceremony Thursday night in Chicago.

Savage won induction in the category of Spoken Word On-Air Personality in a polling of radio listeners among finalists Sean Hannity, Diane Rehm and Mike Francesca.

“Radio is king,” Savage told WND as he reflected on the award, noting the role his medium had in electing Donald Trump to the White House.

Savage was dubbed “the Godfather of Trumpmania” in a profile earlier this year by Salon magazine. His message of borders, language and culture was a fixture in the campaign of the real estate billionaire, who was a frequent guest on Savage’s show. Savage has described his latest book, “Scorched Earth: Restoring the Country After Obama,” as “an architectural plan for Trump.”

“This award represents a lifetime of achievement to me,” Savage said. “I’m honored to be in the company of greats such as Walter Winchell and Orson Welles.

Posted on November 3, 2016 by ifnm| Comments Off on ‘We’re being invaded right now’ “We’re being invaded from the south. We’re being invaded from the north, from the east and from the west. You might say, ‘Well, that’s the way of things,’ and you might get used to it. They’re here, they’re near, they’re everywhere. The question is, why are liberals so quick to embrace this invasion, and why are traditionalists and conservatives like myself so resistant to erasing the borders, language and culture of this great nation?”

More than 3 million foreigners came to the United States in 2014 and 2015 according to a new report from the Center for Immigration Studies. The foreign-born population in the United States, now standing at 43.3 million people, is at an all-time high. Immigrants now make up almost 14 percent of the population, the highest percentage in 105 years.

And the rate of immigration is increasing. If current demographic projects are left unchanged, immigrants will compose a record share of the population in seven years.

Comments Off on ‘We’re being invaded right now’

The emasculation of America: A Michael Savage analysis

Posted on November 1, 2016 by ifnm| Comments Off on The emasculation of America: A Michael Savage analysis

Most people would not connect abortion to radical Islam, but Michael Savage is not most people.

The popular talk radio host and No. 1 New York Times bestselling author looks around the world and sees the Muslim population skyrocketing while the native-born American birthrate declines, and he sees the destiny those demographic trends will bring if the U.S. does not change course.

This is one of the many American problems Dr. Savage diagnoses in his new book “Scorched Earth: Restoring the Country After Obama.”

And autographed copies of this critical election-year tome are available only at the WND Superstore.

“There are 1.2 billion Muslims in the world,” Savage writes. “The United States has, at last count, a population of 320 million people… There are roughly four times as many Muslims as Americans. They keep adding to their ranks, and we keep importing illegals because our people eliminate their own babies.

“At this rate we will go the way of Europistan. Italy has had a declining birthrate in recent years. Europe is finished. Its citizens refuse to reproduce while Islamist women keep churning out the next generation of radical Islamists.”

Comments Off on The emasculation of America: A Michael Savage analysis

Posted on September 27, 2016 by ifnm| Comments Off on Michael Savage Reacts to Being Pulled From Radio Following Hillary Health Segment: ‘Pure Sabotage’

Talk radio star Michael Savage has characterized his being abruptly pulled off the radio on Monday afternoon following a discussion of Hillary Clinton’s health issues as an act of “pure sabotage.” In an email to this reporter on Monday night, Savage wrote:

Pure sabotage. No advance notice from me or my producers. Then ‘ISDN problems’ during my discussion of the side effects of Levodopa, used for treating Parkinson’s. Then the two fill-ins trying to sound informed and clever from WABC who have 40% lower ratings than me, boasting on air during my hours that they conducted a ‘coup’ by taking Savage off the air.

Savage was taken off the air on New York powerhouse WABC and was replaced by Curtis Sliwa and Ron Kuby, host of the afternoon drive show titled “Curtis & Kuby.”

Savage, host of the nationally syndicated The Savage Nation radio program, was discussing Hillary’s health and suggested she may have Parkinson’s disease when he was alerted that his show had been pulled from the air on New York’s WABC radio.

…Not long after discovering he was pulled from WABC, as Savage was telling his audience what happened in New York, his live feed was suddenly cut off to many of his other affiliates and a replay of an earlier episode was substituted for the live feed.

Posted on September 13, 2016 by ifnm| Comments Off on Michael Savage: We’re ‘1 bad election away’ from losing America

Country as it was before Obama ‘will never come back’ Talk-radio host Michael Savage believes America “could be one bad election away from losing everything.”

“Hillary, or her replacement, would be worse than Obama,” he told WND in an interview ahead of the Tuesday release of his new book, “Scorched Earth: Restoring the Country After Obama.”

“We’re one election away from survival. I don’t mean we’re going to disappear overnight. Portugal still exists, doesn’t it?” he said.

“So, it’s not a matter of whether America will still be here,” Savage explained.

“It’s just that the America we knew before the gangster regime took over will never come back.”

In the book’s initial pages, Savage features a quote from French historian and archaeologist Andre Piganiol: “Roman civilization did not pass peacefully away. It was assassinated.”

“To me, that looks exactly like what’s going on in our society and culture,” Savage told WND. “It’s being assassinated by the left.”

He opens the book recounting a conversation he had with a Beverly Hills antique dealer who had been imprisoned in Iran under the Khomeini regime before his family fled to America.

Comments Off on Michael Savage: We’re ‘1 bad election away’ from losing America

Posted on August 2, 2016 by ifnm| Comments Off on Facebook blocks Michael Savage for posting news on Islamic crime

Says Mark Zuckerberg ‘stabs America in the back’

Facebook has temporarily blocked talk-radio host Michael Savage from posting stories to his page after he put up a link to a story about a Muslim migrant killing a pregnant woman in Germany.

A message from the social media giant on Savage’s page said: “You recently posted something that violates Facebook policies, so you’re temporarily blocked from using this feature.”

The message then refers the user to Facebook’s “Community Standards” and states the block will be active for 21 hours.

Facebook’s “Community Standards” page lists “hate speech” as one of its prohibitions, along with “violence and graphic content,” and nudity.

Like the reporting you see here? Sign up for free news alerts from WND.com, America’s independent news network.

The article linked by Savage was about a pregnant woman in Reutlingen, Germany, who was hacked to death with a meat cleaver by a 21-year-old Syrian refugee.

“He doesn’t care about the audience of conservatives. He’d rather you all drop dead and go home,” Savage said. 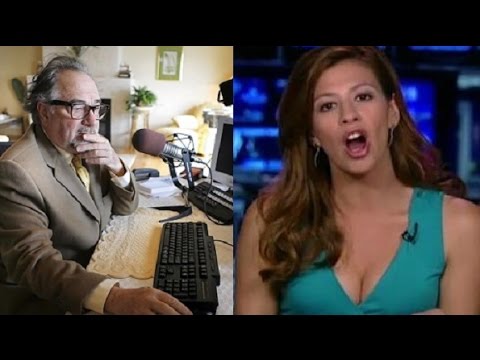 Posted on January 12, 2016 by ifnm| Comments Off on Trump has ‘knockout’ strategy to beat GOP establishment In his latest interview with talk-host Michael Savage, Republican presidential primary front-runner Donald Trump was asked what he will do if the GOP establishment tries to “cut him out” of the nomination.

Asked about his popularity with African-Americans, Trump pointed out some polls show him getting 25 percent of the vote in that demograhic.

He recalled an “announcer” remarking, “Well, wait a minute, if this is true, that means the election is over. Trump wins automatically.”

Savage said he believes Trump will also do well among Hispanics, because of a “macho culture” that prefers male leadership.

Comments Off on Trump has ‘knockout’ strategy to beat GOP establishment