Covid has laid the groundwork for revolution

Posted on June 16, 2020 by ifnm| Comments Off on Covid has laid the groundwork for revolution

This time Covid has taught our would-be masters that the generations of Americans now living are easily ordered about and stripped of their ancient rights; and authority’s meek and feeble acquiescence in the face of utterly unjustified destruction — of our cities and the monuments to our history — has taught the mob that society has lost faith in itself and accordingly that plunder and widely inflicted violent chaos carry no risk.

Peter Hitchens’s recent essay is about Britain but change a word here and there and it applies with equal prescience to America.

What we now face is regime change. [text color in original] That is why these strange crowds have begun to gather round ancient and forgotten monuments, demanding their removal and destruction.

They do not know what they want, or understand what they are destroying. But that no longer matters. They think their moment has come, and they may well be right.

This is why the memorial to Winston Churchill, and the Cenotaph itself, were shamefully boarded up on Thursday night – an act of appeasement if ever there truly was one.

Covid is not and never was a health crisis remotely justifying the destructive magnitude of the measures imposed — allegedly against it.  It is and always was a seized-upon, contrived, promoted, exaggerated and prolonged wedge, utilized from the beginning by the political left for its ends, and abetted by an establishment already either dominated by those who hate our society and its history or too badly educated to love and defend either.

Comments Off on Covid has laid the groundwork for revolution

Posted on October 22, 2017 by ifnm| Comments Off on The Legitimacy of Vigilantism & Rebellion – Blonde in the Belly of the Beast (Video)

When is it appropriate & legitimate to reject a state that fails to uphold their end of the social contract? 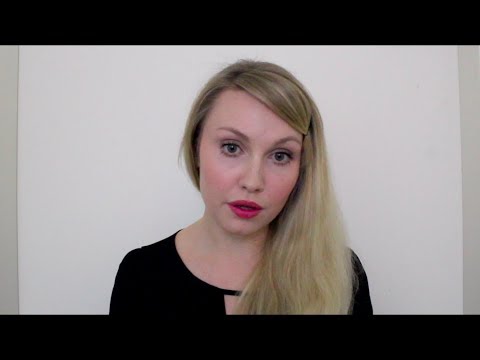 Trifecta: Either Way This Election Will Start a Revolution! (Video)

Posted on February 6, 2016 by ifnm| Comments Off on Trifecta: Either Way This Election Will Start a Revolution! (Video)

Hillary Clinton’s indicted, Donald Trump is the Republican nominee! Sounds like a parody newspaper headline, but it could be a reality this year. 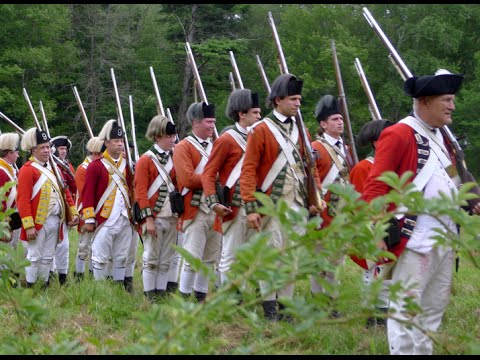 Comments Off on Trifecta: Either Way This Election Will Start a Revolution! (Video)

Posted on January 21, 2016 by ifnm| Comments Off on Glenn Reynolds: Blow up the administrative state

Constitutional convention could wrest power from political class and return it to states and people.

This proposal has shocked some people. Writing in The Washington Post, Catherine Rampell — apparently unaware that the Constitution itself provides for amendments — is appalled, saying that Abbot wants to ”blow … up” the Constitution. According to Rampell’s analysis, if you love the Constitution, you can’t simultaneously want to change it.

Comments Off on Glenn Reynolds: Blow up the administrative state

Pat Caddell: Country Closer to Revolution Than Ever

Posted on December 18, 2015 by ifnm| Comments Off on Pat Caddell: Country Closer to Revolution Than Ever

Veteran pollster Pat Caddell says he agrees with the premise that America today is closer to another revolution than at any time in recent history, adding, “The strength of this country comes from its people and it has a political system that is run, now, to the exclusion of its people … you have three quarters of the American people saying the government in Washington does not rule with the consent of the governed.” Caddell told Breitbart News Daily host Stephen K. Bannon that the current $1.1 trillion 2,000-plus page omnibus bill is “the greatest disaster anyone ever saw because of the deals being cut.”

Caddell cited elements of the bill that are still being discovered, such as the upping of the number of foreign visas. Caddell was referring to a provision that was outrageously “slipped into the bill” without the knowledge of many lawmakers.

The provision could more than triple the number of H-2B visas for foreign workers seeking jobs at hotels, theme parks, ski resorts, golf courses, landscaping businesses, restaurants and bars. The move is intended to boost the supply of non-agricultural seasonal workers.

The $1.1 trillion omnibus funding bill includes language that would dramatically increase the number of visas available for foreign workers, setting off alarm bells among conservatives and labor unions.

Comments Off on Pat Caddell: Country Closer to Revolution Than Ever

‘The Attacks Will Be Spectacular’

Posted on November 15, 2015 by ifnm| Comments Off on ‘The Attacks Will Be Spectacular’

An exclusive look at how the Bush administration ignored this warning from the CIA months before 9/11, along with others that were far more detailed than previously revealed.

“Bin Laden Determined to Strike in U.S.” The CIA’s famous Presidential Daily Brief, presented to George W. Bush on August 6, 2001, has always been Exhibit A in the case that his administration shrugged off warnings of an Al Qaeda attack. But months earlier, starting in the spring of 2001, the CIA repeatedly and urgently began to warn the White House that an attack was coming.

By May of 2001, says Cofer Black, then chief of the CIA’s counterterrorism center, “it was very evident that we were going to be struck, we were gonna be struck hard and lots of Americans were going to die.” “There were real plots being manifested,” Cofer’s former boss, George Tenet, told me in his first interview in eight years. “The world felt like it was on the edge of eruption. In this time period of June and July, the threat continues to rise. Terrorists were disappearing [as if in hiding, in preparation for an attack]. Camps were closing. Threat reportings on the rise.” The crisis came to a head on July 10. The critical meeting that took place that day was first reported by Bob Woodward in 2006. Tenet also wrote about it in general terms in his 2007 memoir At the Center of the Storm.

Comments Off on ‘The Attacks Will Be Spectacular’

“Luntz concluded that, Trump is punishment to a Republican elite that wasn’t listening to their grassroots.’” After overseeing a focus group of 29 fervent Donald Trump supporters, Republican pollster and consultant Frank Luntz told a group of reporters that, “My legs are shaking.”

Although the Middle East is in chaos, our Southern border is in chaos, and our inner-cities are in chaos; although we are entering our seventh year of economic malaise as the national debt tops $18 trillion, the so-called Smart People in politics and media still can’t quite figure out why a wildly successful businessman promising change and to stick it to these same Smart People, is so danged popular.

Maybe the focus group — made up of 23 whites, 3 blacks and 3 Hispanics — woke some of them up:

“When Trump talks, it may not be presented in a pristine, PC way, but we’ve been having that crap pushed to us for the past 40 years!” said another man. “He’s saying what needs to be said.” …

“I used to sleep on my front porch with the door wide open, and now everyone has deadbolts,” one man said. “I believe the best days of the country are behind us.”

Posted on August 19, 2015 by ifnm| Comments Off on Uprising Against Autocrats Sweeps Latin America

While ?#?Obama? was busy coddling the brutal communist dictatorship enslaving Cuba, Latin Americans from Ecuador and Brazil to Venezuela, Cuba, and beyond were busy trying to throw off the chains being imposed on them by their ?#?governments?.

In Ecuador, massive protests against the regime of socialist strongman Rafael Correa exploded into violence amid a nationwide uprising against Correa’s bid to stay in power indefinitely and make himself a “dictator.” Brazilians in more than 200 cities gathered by the tens and hundreds of thousands to demand the impeachment of Marxist-Leninist President Dilma Rousseff’s regime, which barely held on to power amid an avalanche of scandals and what multiple analysts said was a rigged election. And this may be just the start.

Unrest against the rapid and dangerous resurgence of communism across Latin America has been growing steadily stronger for years — but so have the region’s socialist and communist autocrats. As The New American has been reporting for a decade or more, a tight-knit network of communist and socialist parties, brutal dictators, Marxist narco-terrorists such as the FARC in Colombia, and other totalitarian forces have been leading what much of the establishment has tried to downplay as a mere “pink tide.” In reality, the totalitarian network, known as the Foro de São Paulo (FSP, or São Paulo Forum in English), has been responsible for what could more properly be characterized as a red tsunami.

Comments Off on Uprising Against Autocrats Sweeps Latin America

Putin in film on Crimea: US masterminds behind Ukraine coup, helped train radicals

Posted on March 16, 2015 by ifnm| Comments Off on Putin in film on Crimea: US masterminds behind Ukraine coup, helped train radicals

The Crimean people voted in a referendum to join Russia after rejecting a coup-imposed government that took power in Kiev in February 2014. The move sparked a major international controversy, as the new government’s foreign backers accused Russia of annexing the peninsula through military force.

The Ukrainian armed coup was organized from Washington, Russian President Vladimir Putin stated in an interview for a new documentary aired Sunday. The Americans tried to hide behind the Europeans, but Moscow saw through the trick, he added.

“The trick of the situation was that outwardly the [Ukrainian] opposition was supported mostly by the Europeans. But we knew for sure that the real masterminds were our American friends,”Putin said in a documentary, ‘Crimea – The Way Home,’ aired by Rossiya 1 news channel.

“They helped training the nationalists, their armed groups, in Western Ukraine, in Poland and to some extent in Lithuania,” he added. “They facilitated the armed coup.”

The West spared no effort to prevent Crimea’s reunification with Russia, “by any means, in any format and under any scheme,” he noted.

Putin said this approach was far from being the best dealing with any country, and a post-Soviet country like Ukraine specifically. Such countries have a short record of living under a new political system and remain fragile. Violating constitutional order in such a country inevitably deal a lot of damage to its statehood, the president said.

Comments Off on Putin in film on Crimea: US masterminds behind Ukraine coup, helped train radicals

Sen. Rand Paul (R-KY) said a stale and moderate establishment Republican preferred by the Chamber of Commerce cannot win the White House in 2016.

Paul, a potential 2016 presidential contender who has indicated even Kentucky law may not prevent him from simultaneously running for the White House and re-election to the Senate, told the Republican Liberty Caucus of Texas that it was time for a “liberty moment” because “no longer something that scares people. It’s what [makes] people say, we can’t run the same-old same-old, we’re not going to win with the same-old, same-old.”

The Chamber of Commerce has vowed to spend millions against conservative candidates in GOP primaries and to push comprehensive amnesty legislation. They have been criticized for favoring timid candidates like Mitt Romney who favor “pastel” policies over “bold” Reaganesque solutions.