Posted on December 15, 2019 by ifnm| Comments Off on How Muhammad Ali Was Deceived by Islam (and Why Cassius Clay Was His Greatest Name) – Video

In 1964, a young boxer named Cassius Clay (“the Louisville Lip”) won an upset victory over Sonny Liston. Later that year, Clay changed his name from Cassius Marcellus Clay Jr. to Cassius X, then to Muhammad Ali. Ali initially joined the nation of Islam (promoting “the Honorable” Elijah Muhammad and Malcolm X) and refusing to be drafted into the Vietnam War. In interviews, Ali said that he changed his name because “Clay was a white name” and “a slave name,” while “Muhammad” and “Ali” weren’t. Ali eventually left the Nation of Islam and became an orthodox Sunni Muslim, though still later he became a Sufi. Following his death in 2016, Ali had a Muslim funeral and an Islamic prayer service.

‘SPOILED!’: Twitter ROASTS U.S. Olympic Skiers After They Bail Out Of Team Competition

Posted on February 20, 2018 by ifnm| Comments Off on ‘SPOILED!’: Twitter ROASTS U.S. Olympic Skiers After They Bail Out Of Team Competition

America’s top skiers say they won’t participate because there’s no chance of winning a medal.

Twitter users are roasting the U.S. Olympic ski team after stars Lindsey Vonn, Ted Ligety, and Mikaela Shiffrin have refused to participate in a team event scheduled for the last day of Olympic competition because — as Vonn reportedly put it — there was no chance the team was going to medal.

Shifferin, Vonn, and Ligety were each dispatched to the Olympics with high hopes of achievement for the United States’s team, but aside from Shifferin’s single gold medal in the first women’s giant slalom event, the three skiers have had difficulty rising above fifth place. Both Vonn and Ligety performed well below expectations in their events.

Shifferin withdrew from the women’s downhill early Monday morning, claiming that she needed the time to focus on the women’s combined event instead, set to take place Thursday, after a disappointing loss in an earlier Alpine contest.

The Olympic team event was supposed to be the penultimate Alpine ski event at the Olympic games, with 16 teams competing in a “knock-out”-style elimination challenge across skiing disciplines. The purpose of the event, the IOC said, was to take what is generally an individual-focused sport and encourage cooperative participation among members of the same country’s team.

Comments Off on ‘SPOILED!’: Twitter ROASTS U.S. Olympic Skiers After They Bail Out Of Team Competition

Grim clip shows Eagles fan stooping down to eat a mouthful of horse excrement. Man was cheered on by jubilant crowd in Philadelphia as he performed the stunt. Footage emerged amid scenes of chaos in the city following Super Bowl victory. This is the disgusting moment an Eagles fan ate horse excrement as wild Super Bowl celebrations descended into chaos in Philadelphia.

Grim footage shows a man in an Eagles jersey and scarf stooping down in the street to eat a mouthful of the dung as jubilant supporters cheered him on.

The vile clip was posted online as wild celebrations threatened to spiral out of control in the city in the wake of the Eagles’ dramatic victory over the Patriots.

Onlookers filmed on their phones and cheered the unnamed man as he performed his grotesque stunt.

It was part of the mayhem that gripped Philadelphia on Sunday night as the city descended into chaos.

Ahead of Super Bowl, Poll Shows NFL Is Losing Its Core Audience

Posted on February 2, 2018 by ifnm| Comments Off on Ahead of Super Bowl, Poll Shows NFL Is Losing Its Core Audience

Adults who report following the NFL closely have dropped 9% since 2014, the poll finds. Just 51% of men aged 18 to 49 say they follow the NFL closely, down from 75% four years ago. 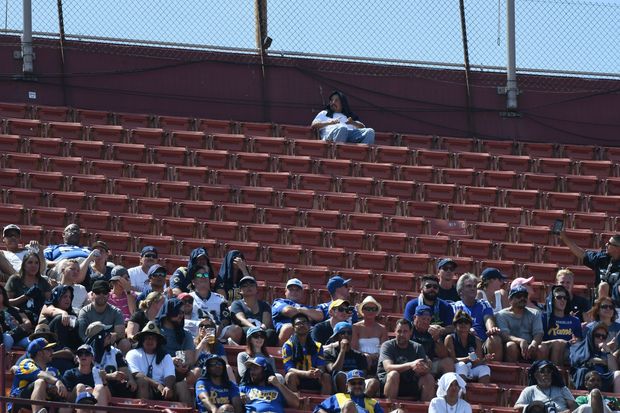 Ahead of a Super Bowl that caps a tumultuous season, a new Wall Street Journal/NBC News poll depicts a developing nightmare for the National Football League: Its core audience is losing interest rapidly, a potential threat to the league’s dominant role in American culture.

The poll shows that fans are following the sport less closely, even in key demographics, such as young men, that historically propelled the league’s growth. At the same time, parents increasingly want their children to turn away from football amid growing worry about player safety and the league’s efforts to address it.

The drop in interest spans age groups and the political spectrum—painting the picture of a sport that isn’t just experiencing a momentary dip, but a battle against fundamental questions about football’s future that have been building for years.

Comments Off on Ahead of Super Bowl, Poll Shows NFL Is Losing Its Core Audience

Posted on January 27, 2018 by ifnm| Comments Off on Ultimate Warrior. The GRACIES Documentary (Video)

A look in to the legendary Mixed Martial Arts and Jiu Jitsu family. 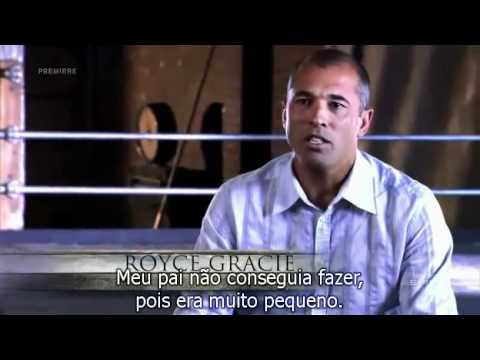 Comments Off on Ultimate Warrior. The GRACIES Documentary (Video)

Posted on January 26, 2018 by ifnm| Comments Off on NFL Commish Goodell: Social Justice Campaign Between NFL, Players ‘Just the Beginning’

Despite the plummeting TV ratings and continued anger of fans over a rising tide of anthem protests, National Football Commissioner Roger Goodell is promising that the league is ready to increase its attention to so-called “social justice” programs and campaigns. Only a day after news broke that the NFL rejected an ad that the military veteran group AMVETS wanted to air during the Super Bowl because it celebrated veterans and honored the national anthem, Goodell promised that the current spending on social justice is “just the beginning.”

“We’re just getting started with this effort,” Goodell said according to the Bangor Daily News.

Goodell made his comments on Tuesday at a meeting of members of a joint committee of owners and players that had been convened to shepherd the new social justice programs.

According to the paper, the group’s members include “owners Arthur Blank of the Atlanta Falcons, Stephen Ross of the Miami Dolphins, Jimmy Haslam of the Cleveland Browns, Shahid Khan of the Jacksonville Jaguars and Michael Bidwill of the Arizona Cardinals.” And players include “Washington Redskins’ Josh Norman, the New York Jets’ Kelvin Beachum and Josh McCown and two retired players, Anquan Boldin and Aeneas Williams.”

Outkick the Coverage: NFL Playoffs Have Lost 23 Million Viewers from 2016

Posted on January 19, 2018 by ifnm| Comments Off on Outkick the Coverage: NFL Playoffs Have Lost 23 Million Viewers from 2016

The NFL has 23 million fewer viewers for this year’s playoff action, a new report says. With the first round of this year’s NFL playoffs in the rear-view mirror, Outkick the Coverage’s Clay Travis took a look at the TV ratings and found that every game was down by millions of viewers and ratings fell to a ten-year low.

Each of this year’s playoff games has lost over a million plus viewers, Travis said, with the biggest loser being the Saint-Vikings game which lost an incredible 13 million.

Overall viewership declined over 16 percent, according to this reading of the numbers. It amounts to a ten-year low, Travis said.

Also, these numbers reflect an even worse decline on average than the regular season which itself lost about ten percent of viewers over the 2016 season.

Numbers differ from source to source, of course. In other readings of the ratings, the first round of playoffs declined 13 percent over last year. But with whatever analysis you read, none show good news.

Comments Off on Outkick the Coverage: NFL Playoffs Have Lost 23 Million Viewers from 2016

The 54-year-old Nassar – who is already serving 60 years in federal prison for child pornography crimes – faces between 40 and 125 more years behind bars after pleading guilty in November to molesting seven girls. Over the four-day sentencing, which began Tuesday, nearly 100 of Nassar’s victims are expected to address the court about the abuse they endured at the hands of the disgraced doctor.

For more than two decades, Larry Nassar was regarded as one of the country’s premier sports medicine doctors as he treated numerous Olympic gold medalists and worked his way up the ranks at USA Gymnastics.

But as sentencing continues for Nassar inside a Lansing, Michigan, courtroom, dozens of girls and women are painting a very different portrait of the doctor – that of a serial sexual abuser who molested at least 140 athletes and tragically altered their life trajectories.

“I testified to let the world know that you are a repulsive liar and those ‘treatments’ were pathetically veiled sexual abuse,” victim Kyle Stephens said to Nassar in court on Tuesday.

“Perhaps you have figured it out by now, but little girls don’t stay little forever,” Stephens added. “They grow into strong women that return to destroy your world.”

Leahy: MAGA Football League Coming to a Stadium Near You

Posted on December 31, 2017 by ifnm| Comments Off on Leahy: MAGA Football League Coming to a Stadium Near You

Reports that Vince McMahon has sold $100 million of stock in WWE, the publicly traded company he has run since 1982, apparently for the purpose of relaunching the XFL, is welcome news indeed to football fans across the country who have abandoned the social justice warrior political operation formerly known as the National Football League. The wrestling impresario will reportedly provide no details on his potential new venture until January 25, 2018 at the earliest. While it is not clear if he plans to compete directly with the NFL in the fall, such direct competition–offering a celebration of American exceptionalism through the sport of professional football–would be welcomed by those football fans and voters who chose to Make America Great Again by electing Donald Trump President of the United States in November 2016.

“Vince McMahon has established and is personally funding a separate entity from WWE, Alpha Entertainment, to explore investment opportunities across the sports and entertainment landscapes, including professional football. Mr. McMahon has nothing further to announce at this time,” a spokesperson for WWE told Breitbart News on Friday.

McMahon appears intent on resurrecting the XFL brand for the league he launched for one interesting but unsuccessful season in 2001, in partnership with NBC, but MAGAFL is a branding that is likely to resonate even more powerfully with his target market–traditional Americans who love football but are sick and tired of the social justice warriors who play in, own, and run the NFL.

Comments Off on Leahy: MAGA Football League Coming to a Stadium Near You

Posted on December 27, 2017 by ifnm| Comments Off on Facing the Prospect of Further Ratings Decline, the NFL Cancels ‘Sunday Night Football’ for Week 17

After an entire season spent battling anthem protests, collapsing ratings, and other political controversy; on the final scheduled primetime game of the year, the NFL has decided to say: No Mas. The NFL has decided to cancel the Week 17 edition of Sunday Night Football. The league announced on Twitter:

The @NFL has finalized the Week 17 schedule. pic.twitter.com/P9RnwwI1EI

While the league says that their decision to cancel the game is based on being “fair” to the fans. By ensuring that all games with playoff implications are played at the same time. There are other, more substantive reasons for the NFL to reschedule.

As CNN reports, the last time the NFL held a SNF game on New Year’s Eve, it did not go well.

“The last time the NFL held a Sunday night football game on New Year’s Eve was in 2006, when the Chicago Bears hosted the Green Bay Packers. It was quarterback Brett Favre’s last game with the Packers (and widely expected to be his last game ever). Still, only 13.4 million people watched that game, about a quarter fewer than the average Sunday Night Football game that season.”

Comments Off on Facing the Prospect of Further Ratings Decline, the NFL Cancels ‘Sunday Night Football’ for Week 17