Stars: Elvis Presley, Lizabeth Scott, Wendell Corey. Deke Rivers is a delivery man who is discovered by publicist Glenda Markle and country-western musician Tex Warner who want to promote the talented newcomer to fame and fortune, giving him every break he deserves. Romantic complications arise as Susan, another singer in the group, offers him devoted admiration as Glenda leads him on with promises of a golden future. Comments Off on Complete Classic Movie: Loving You (1957)

Posted on November 30, 2015 by ifnm| Comments Off on Jerry Lee Lewis – You Win Again 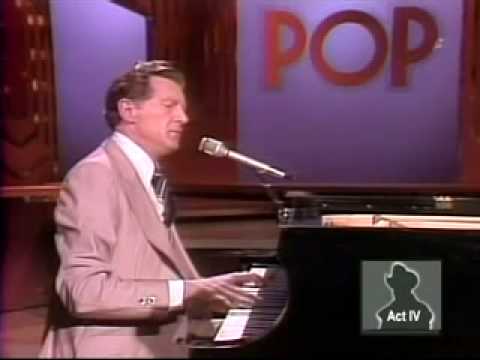 Comments Off on Jerry Lee Lewis – You Win Again

Posted on November 30, 2015 by ifnm| Comments Off on Betty Boop – Poor Cinderella

Does affirmative action cause mental illness in black and Hispanic students?

Posted on November 30, 2015 by ifnm| Comments Off on Does affirmative action cause mental illness in black and Hispanic students?

It is clear that affirmative action is causing minority students to feel self-doubt, lack of self-worth, anxiety, aggression, and paranoia.

There have been a lot of protests from minority students on college campuses who are angry about the alleged racism they feel from the schools they have chosen to attend. But when you read this article in the Times about minority unhappiness at Amherst, a lot of it sounds like mental anxiety, even illness, created by affirmative action:

Hundreds of students crammed into Amherst College’s Robert Frost Library for a sit-in against racial injustice that turned into a confessional, as one black or Hispanic student after another rose to talk about feelings of alienation and invisibility on campus. They wanted the administration to apologize for “our institutional legacy of white supremacy,” among many other forms of discrimination, like “heterosexism, cis-sexism, xenophobia, anti-Semitism, ableism, mental health stigma and classism.” Irisdelia Garcia, a Latina sophomore from New York, said she could feel lonely.

Mental health stigma? Feelings of loneliness? What does that have to do with racism?

Andrew Lindsay, a senior from Kingston, Jamaica, who is majoring in law and political science, said he felt like the title character of Ralph Ellison’s “Invisible Man,” a book he had read on his own in college. “You’re here and you’re seen, but maybe you’re not seen for who you are,” he said.

Comments Off on Does affirmative action cause mental illness in black and Hispanic students?

The 9 Most Preposterous Parts Of Melissa Click’s Absurd Résumé

Posted on November 30, 2015 by ifnm| Comments Off on The 9 Most Preposterous Parts Of Melissa Click’s Absurd Résumé

5. “Center for Arts and Humanities Grant, University of Missouri. Awarded to support travel to attend TwiCon in Dallas, TX for study of Twilight fans.”

America has become enthralled with the spectre of Melissa Click, a University of Missouri (MU) professor who was caught on video threatening a cameraman with mob violence for attempting to cover on-campus protests. But perhaps the most appalling thing about Click isn’t what she did on Monday, but rather what she has done over the previous 15 years of her academic career.

As an associate professor for MU, Click been making over $50,000 a year to teach and conduct research in the field of communications. Click’s curriculum vitae (academia’s glorified, lengthy version of a résumé), available on MU’s website, chronicles an eclectic set of interests that she studies at taxpayer expense, including Twilight, Martha Stewart, and more. Here’s the highlights:

The ground zero of Click’s activism. While officially a communications professor, she also made the effort to get an additional credential, not just in women’s studies, not just in feminist studies, but in advanced feminist studies. A quick online investigation suggests this exact program may only exist at UMass-Amherst.

Though they are officially “non-profit” organizations, Catholic Charities, Lutheran Social Services, and several other Christian organizations are profiting from lucrative contracts with the federal government to resettle refugees in the United States. Of the 100,000 refugees resettled in the United States in 2014 under the Refugee Resettlement program, an estimated 40 percent were Muslims.

In FY 2015, the State Department, through the Bureau of Population, Refugees and Migration and the Office of Refugee Resettlement, spent more than $1 billion on these programs, which settled international refugees “vetted” by the United Nations High Commission on International Refugees in all 50 states and the District of Columbia. The federal government spent hundreds of millions of dollars more than that on refugees, however. The Department of Health and Human Services also provided a number of “entitlements” to these refugees.

Much of this $1 billion in annual revenue goes to voluntary agencies (VOLAGs), several of which are Christian non-profits, such as Catholic Charities, Lutheran Social Services, World Relief Corporation, Church World Service, and Domestic and Foreign Missionary Service of the Episcopal Church of the USA. (also referred to as Episcopal Migration Ministries), who are contracted on behalf of the government to help these refugees get settled in their new homes in America.

Posted on November 30, 2015 by ifnm| Comments Off on Christian Blood For Oil by Dr. Gina Loudon Never has the world witnessed such horror on the scale inflicted by the Islamic terrorists comprising the would be caliphate builders known as the Islamic State in Iraq and Syria, or ISIS, or the Obama administration’s preferred “ISIL” for the Islamic State in Iraq and the Levant. We can revisit the curious name discussion later, but this entire battle that has Cold War adversaries saber rattling, two NATO allies suggesting invocation of NATO Treaty Article 5, and competing U.S. and Russian claims over Syrian airspace has the world on the brink of World War III. For what?

Is Syrian President Bashar al-Assad so bad, that the reign of ISIS’ destruction, Christian genocide, worldwide acts of terror, sex slavery and obliteration of antiquities, etc., are not just ignored but supported by the West? That’s right. The West is supporting ISIS and for unthinkable reasons.

Am I the only one shocked that the only people in the world who use the term “ISIL” rather than ISIS are the Obama administration officials and a few Republican senators who share Obama’s zeal for removing Assad? ISIS describes lands it holds in Iraq and Syria and accurately represents who it is. The Levant refers to a Syrian and Palestinian territory, land it does not hold, and ignores the existence of Israel all together. Why give ISIS that propaganda boost.

Comments Off on Christian Blood For Oil by Dr. Gina Loudon

Posted on November 30, 2015 by ifnm| Comments Off on Sharyl Attkisson speaks out about CBS hiding material in order to protect Obama (Video)

The significance of the Benghazi coverup still has huge repercussions for Hillary Clinton who was complicit in the coverup herself by pushing the false narrative of a video being responsible for a protest that never happened.

Bill Whittle: How to Stop the Civilizational Collapse

Posted on November 30, 2015 by ifnm| Comments Off on Bill Whittle: How to Stop the Civilizational Collapse

A warrior for conservatism explains how the tide can be turned at the Freedom Center’s Restoration Weekend.

Below are the video and transcript of Bill Whittle’s Keynote speech which took place at the Opening Breakfast on Nov. 6, 2015 at the David Horowitz Freedom Center’s 2015 Restoration Weekend. The event was held November 5-8th at the Belmond Charleston Place Hotel in Charleston, South Carolina.

Well, as I’ve had to do occasionally in the past, my goal is to leave you out of here feeling a little better than you did coming in, which isn’t going to be too tough. But before I do that, I’m going to have to scare the daylights out of everybody out here. So just enjoy your eggs, and have some confidence that we’re going to wrap this up on a little better note than what we opened it on.

Comments Off on Bill Whittle: How to Stop the Civilizational Collapse

Victor Davis Hanson: America’s urban-rural divide is wider than ever

Posted on November 30, 2015 by ifnm| Comments Off on Victor Davis Hanson: America’s urban-rural divide is wider than ever

But what, exactly, causes this division?

Of all the growing divides in America — red-blue, conservative-liberal, Republican-Democrat, white-nonwhite — none is sharper than that between city and country. The nation’s urbanites increasingly govern those living in the hinterlands, even as vanishing rural Americans still feed and fuel the nation. At the nation’s birth, it took nine farmers to feed one city dweller. Today, one farmer supports 99 urbanites — evidence, supposedly, that almost everyone has been freed from the drudgery of agricultural work.

City and country are not co-equals by any demographic, political or cultural measure. The urban is growing and ascendant; the rural shrinks and becomes increasingly culturally irrelevant.

For rural residents, existential issues on the national level are seen as magnified versions of personal considerations: Does the country have enough food, fuel and minerals? Can America defend itself, protect its friends and punish its enemies? These concerns differ markedly from the urbanite’s worry about whether the government will provide services to take care of vulnerable populations or whether those of different races and religions can get along in such a crowded environment. Add all this up and rural residents are more likely to be conservative and thus Republican, their urban counterparts liberal and logically Democratic. Most hot-button issues — deficit spending, defense, same-sex marriage, amnesty, affirmative action, gun control and abortion — break along rural or urban lines.

Comments Off on Victor Davis Hanson: America’s urban-rural divide is wider than ever