Posted on December 13, 2017 by ifnm| Comments Off on Cowboy Conclusions by Charlie Daniels

“And to face these threats we need people in Congress with guts enough to take the heat from the media who will scream bloody murder when some of the drastic, but necessary, steps are taken.” – Charlie Daniels 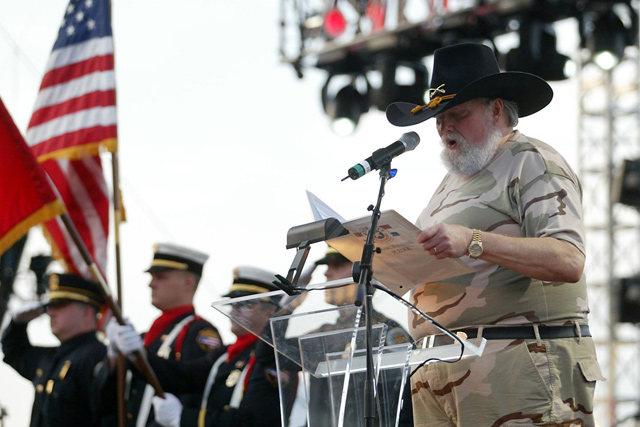 I know that I am not privy to the intelligence and other strategic information that comes across a president’s desk every day and know that the decisions they make have to be predicated on the current and ongoing data supplied by the myriad of agencies that glean and comb through the domestic and international happenings on a 24/7 basis, and therefore I am not qualified to evaluate and decide how to deal with it with only tip of the iceberg information.

However, I am an American citizen who pays taxes and has observed the American scene through numerous presidential administrations, several wars, and the newest and most deadly monster of Radical Islamic Terrorism, and have some strong opinions based on what I call cowboy logic.

Cowboy logic is simple and based on three principles:
1. 2 + 2 is always 4
2. Water never runs uphill
3. If there’s smoke, there’s a fire somewhere.

I think our political bodies, for the most part, are made up of men and women who operate not by what they know in their hearts to be the best thing for America, and the reality and necessity of the situation, but the perception they are able to generate that will assure them and their party re-election.

Comments Off on Cowboy Conclusions by Charlie Daniels

Posted on August 26, 2017 by ifnm| Comments Off on Country-rock star Charlie Daniels: Beware of ‘tipping point’

‘Once we’ve reached it there will be blood’ He’s also calling out the extremists on both ends of the political spectrum for endangering Americans’ lives.

In a new Soap Box commentary, he warns that both have their radicals, and they are becoming a threat.

“Basically what we are seeing in the streets of America doesn’t resemble mostly peaceful civil rights marches as much as it resembles anarchy, pure and simple, aided by milksop politicians who so fear they might lose a vote, they allow part of the population to run all over the rest of the population, claiming to act in the name of freedom of speech, while half of the free speech in the affected cities is being drowned out by shrill, fanatical voices and the deafening silence of any media to tell their side of the story,” he writes in a piece published Friday.

He said the radicals are taking all the oxygen out of the coverage, referring to the KKK and other white supremacists, and the anti-Trump “Antifa” and their far-left cohorts.

Charlie Daniels Warns Establishment: ‘The Days of the Career Politician Are Over’

Posted on August 10, 2017 by ifnm| Comments Off on Charlie Daniels Warns Establishment: ‘The Days of the Career Politician Are Over’

Legendary American singer, songwriter, and guitarist Charlie Daniels penned an op-ed this week in which he explains that President Donald Trump is not a member of the “club” of establishment Washington elites whose main goal is power – not public service. In the op-ed for CNSNews.com, Daniels reflects on the state of American government, industry and culture in the hands of establishment politicians – Republicans and Democrats alike – who, he says, easily obtain “immunity” from their own “crimes and misdemeanors”:

I’ll let you in on a little secret, Donald Trump is not a member of their club either, and while I’m very well aware that his juvenile name-calling and acerbic tweets do not serve him well sometimes, the main problem the establishment has with Donald Trump is not Russia.

Do you think that Chuck Schumer actually thinks that Trump colluded with Russia, had some secret deal that would benefit him to the detriment of America?

I’d be willing to bet my Ram pickup truck against a lug nut that if you hooked Schumer up to a lie detector and asked him that question he’d fail the test.

No, Schumer, the rest of the Democrat attack machine, George Soros, the Barack Obama’s well-financed underground – et al – have known better than to believe that.

Comments Off on Charlie Daniels Warns Establishment: ‘The Days of the Career Politician Are Over’

Charlie Daniels Offers Solution to Congressional Dysfunction: ‘Replace Them All’

Posted on July 20, 2017 by ifnm| Comments Off on Charlie Daniels Offers Solution to Congressional Dysfunction: ‘Replace Them All’

In the wake of another failure by Congress to get a key piece of legislation passed this week, musician Charlie Daniels has a solution to help alleviate government dysfunction — throw them all out. In a series of tweets this week, the 80-year-old “Devil Went Down to Georgia” musician blasted Congress after the Senate’s failure to advance the Republican-led repeal of the Affordable Care Act, better known as Obamacare.

Daniels specifically called out the Senate, which he termed “a kindergarten class.”

OK the congress and senate we have can't work together and have proven it.
solution- replace them all until we find people who can

The senate is not a political body, its a kindergarten class

“Ok the congress and senate we have can’t work together and have proven it,” Daniels wrote. “solution – replace them all until we find people who can.”

In another message, the country music star said he wondered what American politics would look like without politics parties: “Then politicians could serve the people instead of the party.”

Comments Off on Charlie Daniels Offers Solution to Congressional Dysfunction: ‘Replace Them All’

Charlie Daniels – America I Believe In You

Posted on February 17, 2017 by ifnm| Comments Off on Charlie Daniels – America I Believe In You

Charlie expresses the patriotic spirit & greatness of America in this video! 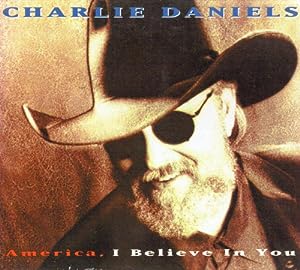 Comments Off on Charlie Daniels – America I Believe In You

Posted on January 13, 2017 by ifnm| Comments Off on The Charlie Daniels Band & Travis Tritt – Southern Boy 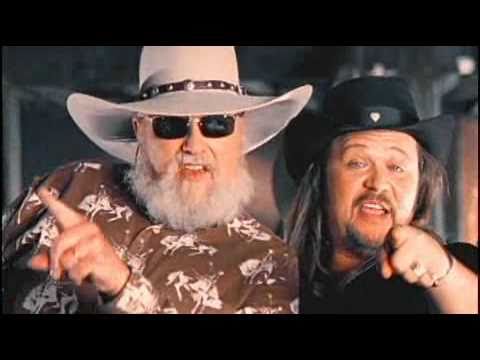 An Open Letter to the Republican Party by Charlie Daniels

Posted on November 21, 2016 by ifnm| Comments Off on An Open Letter to the Republican Party by Charlie Daniels

If the new president and the Republican House and Senate will just do what they were elected to do, you have nothing to worry about because the results will be evident and immediate and the American public will be ecstatic about the way they voted.

I have never seen a party so divided win anything, much less the White House, while retaining both houses of Congress, and a preponderance of the state houses.

Many of you don’t deserve this win. Some of you so disliked the party’s presidential candidate that you threatened – and perhaps really did – vote for the opposition. Others chose to remain silent and distanced yourself predicting there would be a catastrophic loss and you didn’t want the residue to splash on you.

Well, the votes have been counted, the win was big, the candidate’s coattails dragged members of the House and Senate to victory, and as usual, the deserters are scurrying to bask in the afterglow.

Let me tell you something, you guys had better get it together real quick and if you’ve got thin skin and weak knees, you might as well stay outside the fray because the Republican Party is getting ready to be under a kind of pressure that has never been exerted and anybody who isn’t prepared to be castigated, lied about and called a hundred different kinds of fools and just keep on keeping on, will get in the way and muddy the water.

Charlie Daniels: First They Disarm You, Then They Control You (Video)

Posted on November 4, 2016 by ifnm| Comments Off on Charlie Daniels: First They Disarm You, Then They Control You (Video)

In an exclusive interview given to AR-15 manufacturer Daniel Defense, country music legend Charlie Daniels reminds Americans that disarmament is key to the slide toward totalitarian government. In other words: first they disarm you, then they control you, Daniels expressed.

The interview opens with Daniels saying:

“Unfortunately I feel the ebb of patriotism again. I can’t believe that we have set back in this country and let things deteriorate to the point that they are,” he added. “And I cannot believe how very unaware about 40 percent of the population of this country are about what is happening.”

Comments Off on Charlie Daniels: First They Disarm You, Then They Control You (Video)

Posted on September 17, 2016 by ifnm| Comments Off on Graphic Quotes: Charlie Daniels on Deplorables

“To me, deplorable is sending classified information over and unsecured server and claiming you didn’t even realize it.” Charlie Daniels

Comments Off on Graphic Quotes: Charlie Daniels on Deplorables