Political correctness has so infected American thought that we recoil reflexively at the mere hint of Western brilliance. To the multiculturalists, the only culture that can’t be unequivocally praised is the very Anglo-protestant heritage which spurred America’s greatness. Ironically, it is often guilt laden WASPs, heirs of their wealth, leading the slanderous denunciations of their forbears.

A history professor once postulated that the most pivotal battle: shaping America’s destiny was not Yorktown or Gettysburg, but Quebec in 1759. There General Wolfe demolished French claims to Canada, which confirmed that America would develop decisively within the Anglo-protestant mold.

The latest Economic Freedom of the World rankings (for 2009) highlight the good fortune that resulted from Wolf’s win. Many commentators will rightly deplore America’s precipitous descent over the past decade – down to tenth, yet another startling detail leaps from the page. Eight of the ten freest lands were once owned by Britain.

The study reveals a potent correlation linking freedom to economic progress. Nations following market principles propel past their government laden counterparts. They earn more, grow faster and “the poorest people in the most economically free countries are nearly twice as rich as the average people in the least free countries.”

Exploring nuts and bolts of discrimination

If you wish to be politically correct you might remove coconuts from your shopping list and start to roll your lamingtons in some alternative form of confectionary coating.

“Coconut” is apparently a derogatory term when used by some Aboriginals to denote other Aboriginals whom they consider to be brown on the outside but white on the inside.

So hurtful indeed is the expression that Australia’s first female Aboriginal MP has decided to call it quits after being called a “coconut” by extremist environmentalists.

Now, the ordinary reader might not be upset when reading the word “coconut” here but Federal Court Judge Mordecai Bromberg might take offence, given his ruling against Andrew Bolt. The judge found Bolt and the Herald & Weekly Times guilty of breaching the Racial Discrimination Act not only because of their subject matter but also due to the manner in which it was dealt with.

I contend that the Act is bad law, introduced by the Keating government in 1995 when it had embraced the disastrously divisive policy of multiculturalism.

The Howard government should have repealed it but probably didn’t because it was worried about upsetting the professional ethnic community leaders and the hand-wringing clique of inner-urban voters who wear their hearts on their sleeves when it comes to Aboriginal matters and other social issues, but have never had to confront the appalling and squalid realities of life in remote Aboriginal communities.

In San Francisco’s Mission District, gang violence is layered atop the flourishing restaurant and club scene that has grown up in recent years.

Recent shootings are reminders that half of the one-square-mile Mission District in San Francisco is gang territory.

The first in a spate of casualties in this city’s hipster haven was a quiet 22-year-old who held two jobs and sent money home to his mother in Mexico’s Yucatan region. Gaspar Puch-tzek was grabbing a cigarette outside the swank Mission District restaurant where he worked on Aug. 30 when he was mistaken for a gang member and shot in the face.

Killed less than 12 hours later was 29-year-old Edson Lacayo â€” a member, police said, of the Sureno gang, which for decades has battled the Nortenos in the Mission. Sept. 5 brought another fatal shooting near a strip of popular nightspots; two days later, a 19-year-old man was shot in the hip outside the bustling 24th and Mission transit station, sending bystanders scrambling. And at dusk Monday, a man who had opened fire near Guerrero and 15th streets was shot in the stomach before driving erratically across the Mission and crashing.

San Francisco’s compact neighborhoods have for decades been a laboratory for change, undergoing identity-shifting transformations. But nowhere have the economic contrasts been as pronounced as in the Mission.

Here, the cluster of shootings has laid bare a reality many cafe denizens and bar-hoppers in this gentrifying landscape tend to tune out: About half of the neighborhood is gang territory.

Complaint from the head of the Latino Police Officer’s Association gets Gang Task Force disbanded.

â€œIt was part of a restructuring within the department,â€ Pasadena police spokesman Vance Mitchell said. â€œThe division commander (Lt. John Dombrowa, who also heads the narcotics division) made a recommendation that unit be resolved and Chief Thaler approved it. After (Dombrowa) reviewed all of his personnel he made the suggestion that they do away with that Spotlight Unit (and) the decision was supported by the chief and it was done today.â€

Pasadena councilmember Don Harrison said the Gang Task Force has been doing a great service to the city.

â€œWe feel more secure. We know that we have individuals out there controlling the gangs that we know are prevalent in the city,â€ Harrison told The Citizen. â€œIâ€™m disappointed and I think it is a disservice to the citizens of Pasadena to disband it.â€

According the Pasadena Police Department website the Gang Task Force was formed in 1993 to investigate gang-related activity and develop an aggressive program combining suppression and intervention tactics. The unit was designed to identify, interview and document gang members in order to serve as an intelligence tool for criminal investigations.

U.S. President Barack Obama, who came to Hollywood Monday seeking donations and votes for his reelection bid, found some former supporters turned to be protestors.

Obama started his seven-stop fundraising swing Sunday that was taking him from Seattle to Hollywood to San Diego and will end in Denver on Tuesday.

California is traditionally Democratic and Hollywood is widely regarded as very liberal which offered both money and votes for his 2008 election and his 2012 reelection campaign. Obama aims at raising 4 million dollars during his seven-stop campaign events.

Speaking at the House of Blues in West Hollywood, the president acknowledged that his reelection bid would be an especially tough one because people are discouraged and disillusioned with government. Even his former supporters on the West Coast are not satisfied with what he has done at the White House. 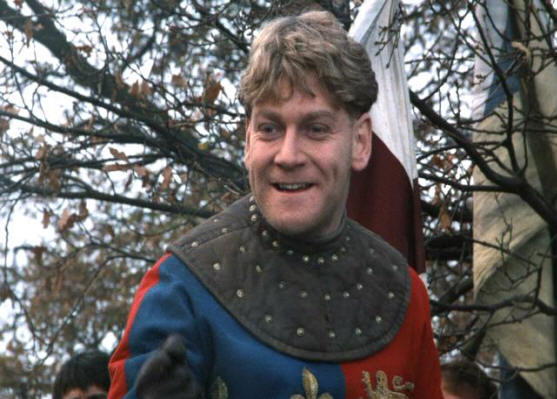 Robyn Hitchcock – If You Know Time (The Time Machine) 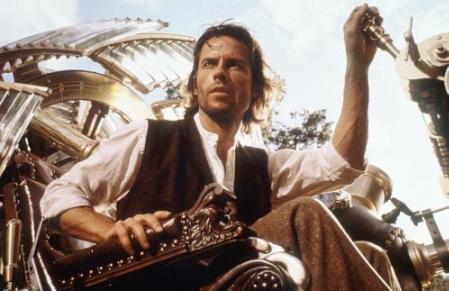 Video: What is a Citizen Journalist?

What is a citizen journalist? That is one of the most oft-asked questions in the media world today? Dr. Ron Ross, one of the co-founders of the National Association of Citizen Journalists answers the question in this brief video.

When I asked Sharon why, despite all of these consequences, she carries on there was little hesitation: “Because doing nothing is not an option. I am fighting for the survival of my people.” 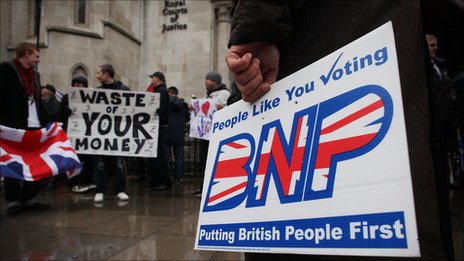 Many people believe the far right has only irrational, isolated supporters and could never succeed in the UK. They’re wrong, says Matthew Goodwin.

About seven years ago, when I was a PhD student, I got into my clapped out Nissan Micra and trundled down to the south-west of England to interview a lady about why she had got involved in politics.

Sharon was in her early 50s, and reminded me a bit of my mum. Over the next few hours and cups of tea, I listened to her story.

Sharon was born and raised in the local village. She knew everyone, and devoted much of her spare time to helping the Residents Association. She was never really that interested in politics. Her husband was a Conservative, but she only went along to the meetings because she liked the sandwiches.

But then, over the years, things began to change. For Sharon, it seemed as though the way of life she had become accustomed to was under threat.

The Sheriffâ€™s Office previously announced that it is estimated there are more than 10,000 gang members and 140 gangs in King County and that gang-related crime has increased 165 percent since 2005.

U.S. Marshalls have apprehended two men wanted in connection with a shooting that took place at a car show on July 23 in Kent. Twelve people were injured, 10 with gunshot wounds after shots were fired at the La Raza low-rider show.

The two men were identified as Nicolas E. Moreno, street name “Dreamer” and Ignacio Trevino-Vasquez, street name “Chito” by Kent Police on Thursday. Kent detectives are taking over the investigation.

â€œWeâ€™re delighted that the Marshalls were able to locate and arrest these two men so quicklyâ€ said Kent Police Lieutenant Pat Lowery.