Posted on January 3, 2016 by ifnm| Comments Off on Nigel Farage’s car wheels ‘were sabotaged in an assassination attempt’: Ukip leader lost control of Volvo when wheel fell off on motorway… and police confirm foul play

Ukip leader careered off French road after a wheel on his Volvo came loose. Police told Farage all the vehicle’s wheels had been deliberately unscrewed. He was forced to jump over the road barrier to escape the speeding lorries. Farage has received death threats during his tumultuous time as Ukip head. Nigel Farage fears he has been the victim of an assassination attempt after his car was sabotaged, causing a terrifying motorway crash.

The Ukip leader careered off a French road after a wheel on his Volvo came loose while he was driving from Brussels back to his home in Kent.

When the police arrived at the scene, they told him that the nuts on all of the wheels had been deliberately unscrewed, The Mail on Sunday has established.

Mr Farage, who has received death threats during his tumultuous time as leader, last night spoke about the ‘frightening’ incident, which took place near Dunkirk.

‘It was the middle of bloody nowhere, and I was caught in a very bad position,’ he said.

‘There was a huge section of roadworks with cars going back and forth on the same side of the carriageway. I suddenly realised I was losing steering but there was no hard shoulder to pull on to.

‘I slowed down, put the hazards on and then one of the wheels came off. I jumped over the wall as quickly as I bloody well could to get away from lorries and everything.’

Comments Off on Nigel Farage’s car wheels ‘were sabotaged in an assassination attempt’: Ukip leader lost control of Volvo when wheel fell off on motorway… and police confirm foul play

His speech, aimed at Muslims who fail to integrate into British society, began with a claim that the history of the United Kingdom and its legal system were being “sacrificed on the alter of political correctness and indeed multiculturalism”.

“I now want to turn to a thorny issue,” he said, before moving on to speak about Shariah Law.

Posted on July 9, 2015 by ifnm| Comments Off on Your moment has come, Mr Tsipras, take back control of your country – UKIP leader Nigel Farage (Video)

“So your moment has come, and frankly if you have the courage you should lead the Greek people out of the Eurozone with your head held high. Get back your democracy; get back control of your country. Give your people the leadership and the hope that they crave. Yes it will be tough in the first few months but with a devalued currency and with friends of Greece all over the world, you will recover.” Nigel Farage

Comments Off on Your moment has come, Mr Tsipras, take back control of your country – UKIP leader Nigel Farage (Video)

Posted on June 29, 2015 by ifnm| Comments Off on Nigel Farage: Migrant crisis is ‘flooding Europe with jihadists’ (Video)

Mr Farage goes on to accuse the UK government of “complacency”, saying that not being a part of the asylum policy does not mean that migrants will not reach UK borders. 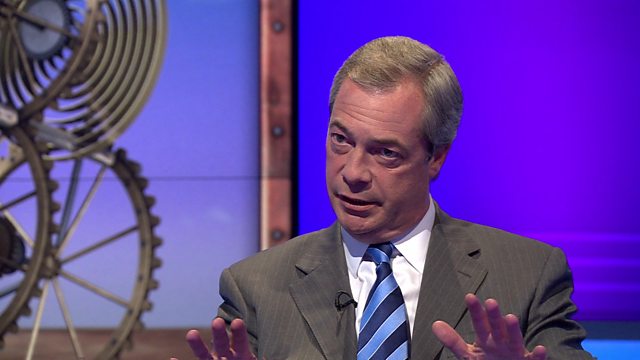 UKIP leader Nigel Farage says 160,000 migrants have reached Europe from the Mediterranean, and that the EU is now implementing a common asylum policy “which means that anyone from Africa can stay”.

He raises concerns that terrorists are reaching Europe on the migrants boats, and will use it as an opportunity “to flood Europe with jihadists”. The EU should follow Australia’s lead and refuse to accept the Mediterranean boat migrants, he suggests.

Comments Off on Nigel Farage: Migrant crisis is ‘flooding Europe with jihadists’ (Video)

UKIP deputy chairwoman Suzanne Evans has called on the government to practise “a little bit of tough love” towards migrants flocking to Britain – by refusing to let them in. Evans warned that the country’s schools and hospitals will reach “breaking point” if the flood of refugees from the Middle East and North Africa continues.

Speaking on Question Time, she said: “While in an idea world we would want to find some way to accommodate them, the simple fact is that we can’t.

Her comments come after it was revealed that 90 illegal immigrants are stowing away in cars and lorries Calais every hour.

But the true figure will be considerably higher, as many made it through borders and as far as Bedfordshire before being caught.

She said: “People trafficking has become a massive industry. It’s actually overtaken the illegal drug industry in terms of the money it creates.”

Voters tell Cameron to act on migration: Barely one in ten say they are satisfied with border policies as Tories switch to Ukip

Posted on April 24, 2015 by ifnm| Comments Off on Voters tell Cameron to act on migration: Barely one in ten say they are satisfied with border policies as Tories switch to Ukip

Major survey revealed huge public anger with the Tories over immigration. 94% of Ukip supporters who voted Conservative in 2010 are dissatisfied. Only 27% of voters think Tory government has done any better than Labour. Barely one in ten Britons say they are satisfied with David Cameron’s border policies.

The poll by Ipsos MORI suggests this unhappiness may explain why large numbers of Conservatives are switching to Ukip. The findings will heap pressure on the Prime Minister to end his silence on immigration during the election campaign. He has not mentioned his party’s manifesto pledges to curb EU free movement, deport more illegals and tag foreign criminals. Yet a large proportion of voters believe politicians are talking too little about migration.

A chilling report warned yesterday that human traffickers are exploiting the free movement rules to operate with impunity in Britain.

Comments Off on Voters tell Cameron to act on migration: Barely one in ten say they are satisfied with border policies as Tories switch to Ukip

Posted on February 2, 2015 by ifnm| Comments Off on Ukip takes on school for using their photos to illustrate Holocaust slideshow

UKIP will lodge a formal complaint about “political indoctrination in schools” after a picture of its leader Nigel Farage was used during assemblies about the evils of the Holocaust. Hundreds of students saw the presentations timed to coincide with Holocaust Memorial Day.

They included details of Nazi death squads, Jewish ghettos and the rounding-up of millions of Slavs and Romany gypsies.

Asking children how the Holocaust could have happened, teachers at Chellaston Academy in Derby displayed slides with the words Evil, Bloodthirsty, Monsters and Murderers and referred to Melita Maschmann, a German diarist whose work recounts her time in the Hitler Youth and as a propagandist for the regime.

It was the next slide, however, that caused fury with Ukip.

Entitled “There’s no way modern Britain could repeat Melita’s mistakes… right?” it displayed an image of Nigel Farage, with the caption “I wouldn’t want to live next door to a Romanian!” and “Blames bad traffic on eastern Europeans”.

The party was alerted after a pupil told his parents.

Buchanan: Executive Amnesty Is “Beginning Of The End Of The US As One Nation” (Audio)

Posted on November 28, 2014 by ifnm| Comments Off on Buchanan: Executive Amnesty Is “Beginning Of The End Of The US As One Nation” (Audio)

Buchanan thought dismay on the issue of immigration could give rise to an American version of the United Kingdom Indepedence Party (UKIP), a right-leaning party that takes a hard line stance on immigration, including breaking away from the European Union (EU). While UKIP has won several seats in the European Parliament, only recently have they won their first seats in the House of Commons.

Buchanan said Monday that the Republican Party was “no unified party. I’m sure the Chamber of Commerce and the Business Roundtable and the others are saying ‘go ahead with the pro forma protest… but let it go.’”

“So I think you’ve got a conflicted, confused Republican leadership already that Barack Obama knew that’s what would happen… and he went right at it.”

Comments Off on Buchanan: Executive Amnesty Is “Beginning Of The End Of The US As One Nation” (Audio)

Posted on November 11, 2014 by ifnm| Comments Off on Nigel Farage and UKIP Activists Protest Against European Arrest Warrant

A UKIP spokesman said that the vote “constitutes a clear hand-over of powers to the EU. Given the opportunity to ‘repatriate’ powers, the government is doing the opposite.”

UKIP members gathered outside Parliament today ready to lobby MPs over the vote tonight on the European Arrest Warrant.

The vote is expected to be a huge embarrassment for the government as a large number of Tory backbenchers are set to rebel against the whips.

Posted on October 3, 2014 by ifnm| Comments Off on Banksy’s ironic ‘protesting birds’ art piece erased as ‘offensive and racist’

On October 9, a by-election will be held Clacton-on-Sea, following the local Conservative MP Douglas Carswell’s defection to UKIP. Banksy likely targeted the seaside town in advance of the vote in order to ridicule UKIP’s anti-immigration stance.

A Banksy mural addressing the issue of immigration has been removed from a wall in Essex. The local council, unaware it was a priceless work by the renowned British graffiti artist, responded to a complaint that deemed it “offensive.”

The mural in Clacton-on-Sea, likely to be worth tens of thousands of pounds, depicted five pigeons holding banners, reading ‘Go Back to Africa’, ‘Migrants Not Welcome’ and ‘Keep Off Our Worms’, while a lone, exotic bird perches nearby.

Responding to a complaint made by a member of public, who claimed the work was “racist” and “offensive,” the council admitted it was unaware it was a Banksy piece.