Posted on May 6, 2015 by ifnm| Comments Off on Comedian Reacts To Backlash From His Truly EPIC Tweet On Garland Shooting

“I only regret we live in a society where a joke at the expense of would-be mass murderers is something that anyone thinks I have to defend. And, again, the Leftists have accomplished their goal,” Sayet told TheDCNF.

Just hours after the Islamic terrorist attack in Garland, Texas, left two men dead, a conservative comedian absolutely nailed it with this joke on twitter:

My favorite drawings at the Muhammad cartoon festival in Texas were the two chalk outlines out front.

But critics were quick to jump on Sayet, calling him insensitive and sparking a huge debate on his Twitter feed.

@EvanSayet Death is never funny. Even when it's necessary.

We caught up with Sayet via email after his tweet went viral to ask about PC culture and media coverage of the shooting.

“Political Correctness — which is just a euphemism for the totalitarian concept of ‘Newspeak’ written about by Orwell in 1984 — has nearly destroyed comedy in the same way that it has nearly destroyed education, journalism and the other fields where the powers-that-be are on the Left,” Sayet told TheDCNF. “Now, just as the ‘education’ system is used to indoctrinate children and ‘journalism’ is used to give credence to Leftist policies and positions, comedy (and the whole of the entertainment industry) is used to reinforce Leftist propaganda.”

Posted on April 12, 2015 by ifnm| Comments Off on Comedian Evan Sayet: ‘What Forrest Gump Says About Liberals’ (Video)

After the audience erupted into applause, Evan Sayet shifted to a more poignant tone to highlight just what exactly it means to be a true conservative. Hint: it doesn’t involve years spent at the university.

Building to his coming tour in June, conservative comedian Evan Sayet posted a video on the internet this week that hilariously examined the Oscar winning film Forrest Gump and what it has to say about liberals and conservatives.

According to Evan Sayet, Forrest Gump can be viewed as a comparison between two characters, with Forrest Gump as the conservative and his longtime love Jenny as the liberal:

What was the message in that movie? The message was this: the smartest liberal, remember Jenny, she did everything the liberal intellectuals told her to do; she tuned-in, turned-on, dropped out, and took drugs. She almost jumped off the hotel balcony to commit suicide, remember? She believed in social justice, man, and she joined the Black Panthers and she got beaten up, remember? She didn’t believe in the Judeo-Christian tradition of monogamy, she slept around, free-love, and she died of AIDS. The entire point of the movie Forrest Gump was that the smartest liberal was stupider than a mentally-retarded conservative.

After the audience erupted into applause, Evan Sayet shifted to a more poignant tone to highlight just what exactly it means to be a true conservative. Hint: it doesn’t involve years spent at the university.

Comments Off on Comedian Evan Sayet: ‘What Forrest Gump Says About Liberals’ (Video) Evan Sayet, America’s leading conservative political comedian, is taking his show on the road, performing in comedy clubs from coast to coast. These shows, however, are more than just “funny,” they are, important conservative events.

“Evan has crossed that line from ‘funny’ to important!” — Michael Barone – US News and World Report

Evan’s humor is so right-on and so insightful that he’s one of the most in-demand speakers at some of the nation’s most important conservative political events including David Horowitz’s Restoration Weekend, CPAC’s annual Reagan dinner, the California state convention, Americans for Prosperity’s Right Online conference, and so many more. Now YOU can see him as he takes his one-man show to a club near you!

As Saul Alinsky noted, “ridicule” is the most powerful of all weapons, and as Andrew Breitbart recognized, “politics is downstream from culture.” For far too long we have ceded the weapon of political humor and, in fact, the culture itself, to the Left. This tour is one salvo to take these things back, and Evan Sayet’s brilliant comedic insights into how the Modern Liberal thinks entertains, informs and is the perfect way to begin the 2016 political season.

(Tickets for the matinee in New York on June 14th go on sale soon and stay tuned as more dates will be announced when they’re available.)

Posted on March 9, 2015 by ifnm| Comments Off on Evan Sayet at the 2015 Unite IE Conservative Conference (Video)

“The entire point of the movie Forrest Gump was that the smartest liberal is stupider than a mentally retarded conservative.” Evan Sayet

Posted on January 21, 2015 by ifnm| Comments Off on Unite IE Conservative Conference: Bringing the Conservative Wave to California – February 21st, 2015

Unite IE Conservative Conference is a grassroots gathering of patriots from the Inland Empire region and throughout Southern California who are committed to restoring freedom from the bottom up. This year’s theme is “Bringing the Conservative Wave to California” and was selected as a wake up call that California is not lost to conservative principles and to encourage people to get in the game and get involved.

Click here for more information and to buy tickets.

Why Leftists Are Losers (Video)

“In fact, I argue the modern Liberal is the stupidest human being who ever lived.” Evan Sayet 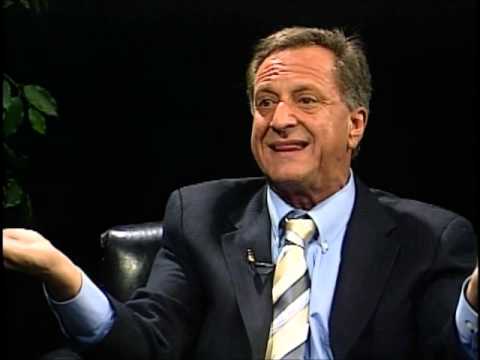 Geared to get people connected and active with local groups in their community.

The IDEAL event for someone who needs encouragement to get involved!

Evan Sayet explains, among other things, the Supreme Failure of the MSM to Get Any Major Story Right. Any (Video)

We all talk about media bias; there are countless studies, statistics, explanations for it. And of course, Rage Against the Media fights against it. But Evan Sayet’s most recent speech delivered at the Conservative Forum is the first to explain exactly how and why our Liberal-run media gets not just most stories wrong, but why they have gotten every single major story in recent decades just completely, utterly 100% wrong.

In his seminal 2007 speech to the Heritage Foundation, Sayet outlined the “Unified Field Theory of Modern Liberalism.” This speech has been hailed as one of the greatest conservative speeches of all time. At the time, Andrew Breitbart called it “One of the five most important conservative speeches ever given” and it is now by far the single most viewed talk in the Heritage Foundation’s history. These reactions are not surprising as on the one hand, it is one of the very few speeches that explains Modern Liberalism rather than simply describes it; on the other hand, his blend of historical insight, startling philosophical analysis, and astute political acumen all woven through with wry humor contribute to making this a uniquely profound and informative speech.

Sayet, who divides his time between sober political punditry and satire, tells Breitbart News the choir needs all the enthusiasm it can muster these days.

“If this is a culture war, I’ve gotta be a part of this fight with the weapons I do have. There’s no Bill Maher for the right,” Sayet says. “I’m not attempting to persuade liberals in the slightest … I’m rallying [conservatives], letting them feel comfortable.”

On Oct. 3, Sayet will bring his decidedly right of center shtick to the Laugh Factory in Hollywood. Discount advanced tickets for the 8 p.m. show are available through EvanSayet.com.

Not sure where Sayet stands on the political issues that matter? His routine quickly sets things straight.

“My opening bit is, ‘I am 100 percent convinced the modern liberal is the stupidest person who has ever lived,'” says Sayet, author of KinderGarden of Eden: How the Modern Liberal Thinks.

His routine explains why some liberals, like former House Speaker Nancy Pelosi and anchor Katie Couric, manage to rise to the top of their respective professions. They thrive in gigs involving all talk, no action, lecturing others as if they were children rather than getting things done, he argues.