Eye of the Pangolin. Official Film [HD]. The search for an animal on the edge (Video)

Posted on March 27, 2020 by ifnm| Comments Off on Eye of the Pangolin. Official Film [HD]. The search for an animal on the edge (Video)

Eye of the Pangolin is the story of two men on a mission to share the wonder of all four species of African pangolin on camera for the first time ever. Follow their extraordinary journey to remote locations on the African continent, from arid savannah to exotic jungles. Become captivated by these extraordinary creatures as the filmmakers meet the people who are caring for and studying pangolins in a desperate attempt to save them from being poached and traded into extinction.

Comments Off on Eye of the Pangolin. Official Film [HD]. The search for an animal on the edge (Video)

The trees that make Southern California shady and green are dying. Fast (Video)

Posted on April 21, 2017 by ifnm| Comments Off on The trees that make Southern California shady and green are dying. Fast (Video)

“Many of the trees we grow evolved in temperate climates and can’t tolerate the stress of drought, water restrictions, higher salinity levels in recycled water, wind and new pests that arrive almost daily via global trade and tourism, local transportation systems, nurseries and the movement of infected firewood.” 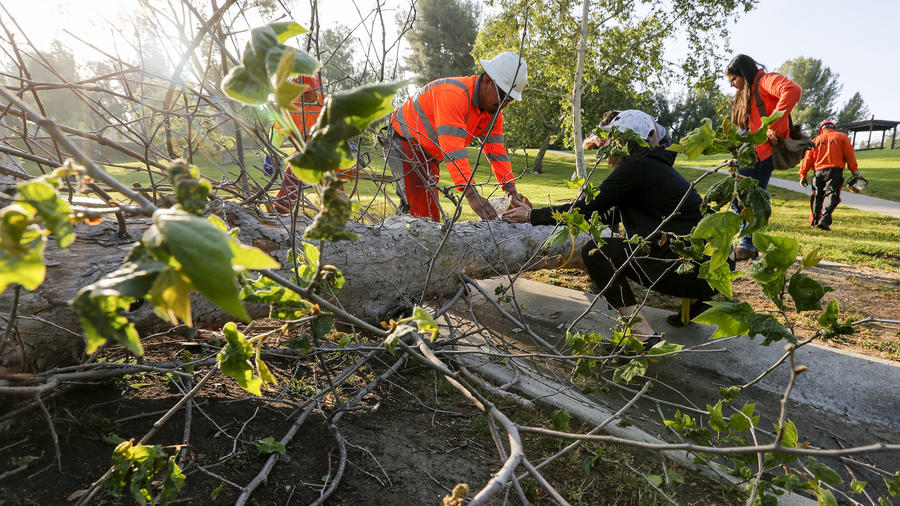 The trees that shade, cool and feed people from Ventura County to the Mexican border are dying so fast that within a few years it’s possible the region will look, feel, sound and smell much less pleasant than it does now.

“We’re witnessing a transition to a post-oasis landscape in Southern California,” says Greg McPherson, a supervisory research forester with the U.S. Forest Service who has been studying what he and others call an unprecedented die-off of the trees greening Southern California’s parks, campuses and yards.

Comments Off on The trees that make Southern California shady and green are dying. Fast (Video)

What A Wonderful World With David Attenborough (Documentary)

A celebration of Natural History on BBC One with David Attenborough. Deer are among the most ubiquitous animals in North America, giving humans ample chances to observe their habits. But until recently, scientists had missed one remarkable behavior of a hardy group of mule deer: a twice-yearly migration of 150 miles (240 kilometers), longer than any other land animal in the lower 48 states.

In this great migration, several hundred deer travel across Wyoming, from a low desert to high mountains and back again. Their trek takes place outside the protection of any parks or preserves, and until now was done under the noses of the public. However, scientists warn that development and human intervention could threaten this ancient journey.

Every winter, hundreds of mule deer can be found browsing on sagebrush in the Red Desert in southwestern Wyoming, says Hall Sawyer, a research biologist based in Laramie. But contrary to what scientists previously believed, those deer don’t stay in the Red Desert all year, Sawyer and colleagues announced at a news conference April 22.

“People saw deer there in the winter and deer there in the fall, and nobody had any knowledge to believe otherwise,” says Sawyer, who works for environmental consulting firm Western Ecosystems Technology. But then he conducted studies on the animals over two seasons, in collaboration with scientists from the University of Wyoming in Laramie.

Although green is its emblematic color, Ireland’s verdant fields are not the nation’s only extraordinary natural features. Sculpted millions of years ago by the advance and retreat of vast shields of ice, the Emerald Isle harbors a wealth of wildlife among its craggy mountains, fog-shrouded coastlines, steep gorges, and vast networks of inland waterways.

That same bull bison broke the first support down before I got my camera out. Then I waited and started to film as he went for the other side. 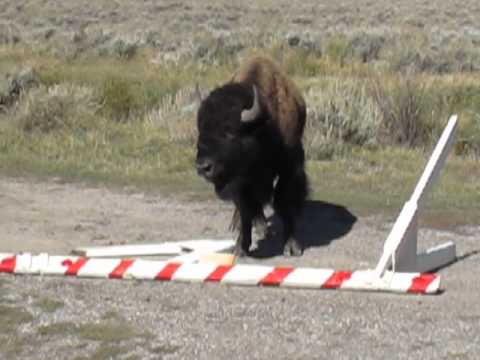