Posted on February 2, 2017 by ifnm| Comments Off on Video: 10 Secrets About Fox News (Now That I’ve Quit) – Gavin McInnes

Gavin McInnes of TheRebel.media is angry about Greg Gutfeld’s new contributor, so he’s spilling eight years’ worth of inside information. (LANGUAGE WARNING) 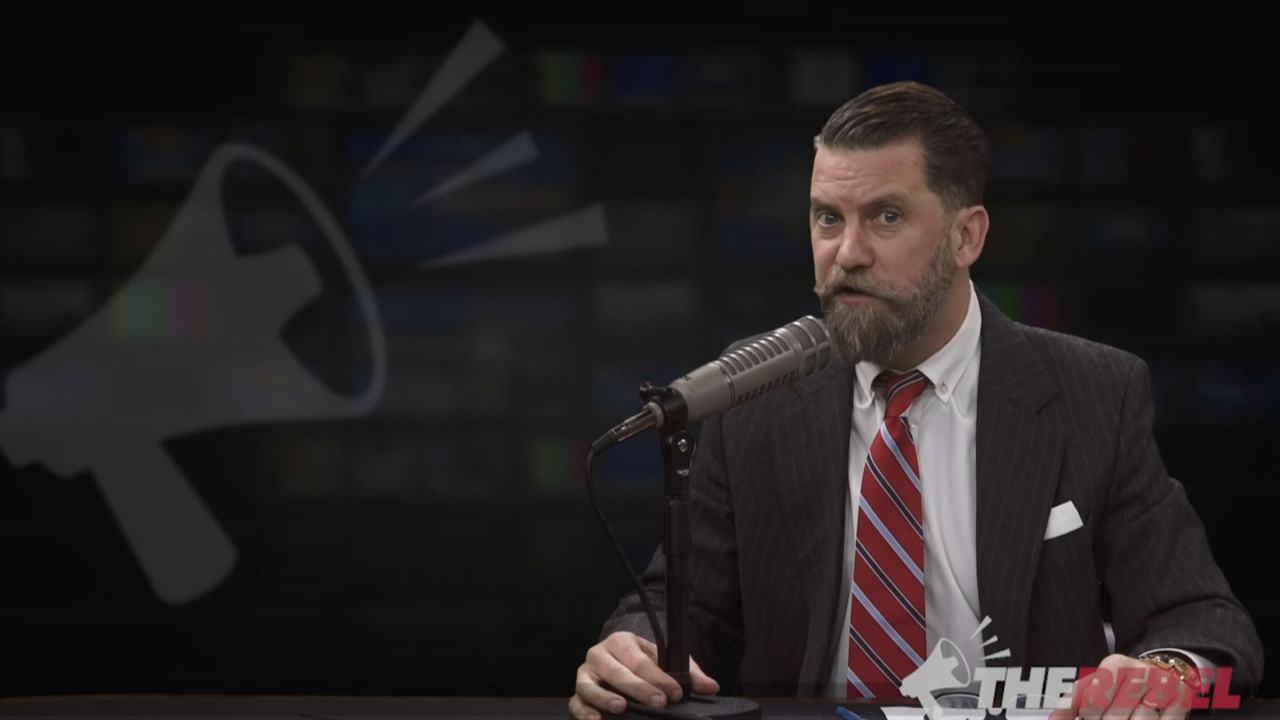 If there’s one overarching theme you can stamp all over the ass of this exiting year, it’s denial. We saw experts denying political phenomena, politicians denying apocalyptic threats, activists denying facts (replaced by mob-approved figments), students denying their own adulthood, in favor of infantile regression. In sum, 2015 was a horrible year, mainly because we denied what was making it so horrible.

And so, I list the denials, in no particular order.

RADICAL ISLAM: The most venomous deniers on the planet, they see affirming cultures blossom around them—creating opportunity, better and longer lives, a plethora of newfound freedoms. And instead of drawing inspiration from such advances, they decide to deny it all. Progress is something to be stopped, even if one uses the tools of progress to stop it. Hence we have the biggest danger known to modern man: terror married to technology (If you haven’t read the book, “The Future of Violence,” by Wittes and Blum, then you’re living in the past, too). This leads, of course to the next dangerous denier of 2015…

PRESIDENT OBAMA: His stubborn refusal to acknowledge the threat of radical Islam, in service to his belief that it’s just mean to point out the truth, has left this country in a leadership lurch. After San Bernardino and Paris – we saw a new but somehow familiar landscape take hold, one that demanded a powerful leader for these uncertain, disturbing times. Obama became hopelessly irrelevant in his slow-footed, moping reaction. His ineptitude has a root cause: academic brainwashing makes it impossible to take the security of a country seriously when you’ve already spent decades embracing an ideology that denigrates said country. It’s why he prefers to focus somewhere else…

“Yay for Bernie ‘Turkey’ Sanders because he says that black lives matter instead of all lives matter. For promoting socialism and for saying that climate change is the greatest threat to our national security.” his is a rush transcript from “The Five,” November 26, 2015. This copy may not be in its final form and may be updated.

DANA PERINO, CO-HOST: Hello, everyone and Happy Thanksgiving. I’m Dana Perino along with Kimberly Guilfoyle, Juan Williams, Eric Bolling and a mystery guest man, if may, Gutfeld. It is 5 o’clock in New York City and this is “The Five.”

Today, America, we are very thankful to be with you tonight and our especially thankful for our troops and our veterans on this holiday. Thank you for your service and your sacrifice. We’ve got a fun show ahead, so let’s get started. It’s become one of our annual traditions here on The Five to name our picks for turkeys of the year. It makes me a little uncomfortable. But as always, a ton of options we needed to weed through, but we managed to make our selections and we’re going to take it around the table. We’re going to start with Kimberly. Who did you pick?

KIMBERLY GUILFOYLE, CO-HOST: Oh, I think I have the best turkey ever. You might agree with me at home. It’s Bernie Sanders. Hurray for Bernie turkey Sanders because he says that black lives matter instead of all lives matter. For promoting socialism and for saying that climate change is the greatest threat to our national security. Roll it.

Comments Off on 2015’s turkeys of the year (Video)

“You can thank gangs, who always get a pass from our loudest outrage merchants,” Gutfeld said. “Recipients of ‘tolerance welfare,’ gangs are viewed as cultural, not criminal.”

On “The Five” today, Greg Gutfeld reacted to the death of NYPD Officer Randolph Holder, who was shot and killed while chasing a gunman during a gang battle in Harlem.

“This five-year veteran displayed the usual sacrifice seen from law enforcement, running at trouble, not away,” Gutfeld said.

He said that police officers’ responses in such situations are always under fire, figuratively in the media and literally in the street.

Greg Gutfeld to Geraldo Rivera: “Screw you!” – The Five (Video)

Comments Off on Greg Gutfeld to Geraldo Rivera: “Screw you!” – The Five (Video)

Gutfeld: Hollywood ‘Glorifies Those Who Wish to Destroy Us’ (Video)

Posted on June 4, 2015 by ifnm| Comments Off on Gutfeld: Hollywood ‘Glorifies Those Who Wish to Destroy Us’ (Video)

“We glorify those who wish to destroy us,” Gutfeld said. “Revolutionaries are often just killers. Something to be reminded of every time you see a clown in a Che shirt.” On “The Five” today, Greg Gutfeld sounded off on the casting of “Aquarius,” a new NBC series that uses Charles Manson as a “plot gimmick.”

Gutfeld said that they casted a “hairier version of Justin Bieber to play a heinous mass murderer.”

“I get it, everyone on TV has to be 420 percent better looking than the real person they’re playing,” Gutfeld stated.

He said that this situation reminds him of the controversial Rolling Stones magazine cover featuring the convicted Boston Marathon bomber Dzhokhar Tsarnaev.

“The desire to cast evil as hot is how evil thrives,” Gutfeld stated. “Manson was a symbol of the 1960s, in that he costumed sick aggression as free love. Only Hollywood would make that huggable.”

“Manson was about rebelling against a generation whose hard work and sacrifice made such rebellion possible,” Gutfeld said. “And that justified any cruelty as a strike against ‘the man.'”

Comments Off on Gutfeld: Hollywood ‘Glorifies Those Who Wish to Destroy Us’ (Video)

Gutfeld Reveals the Truth Behind Gang Unity in Baltimore (Video)

Posted on May 3, 2015 by ifnm| Comments Off on Gutfeld Reveals the Truth Behind Gang Unity in Baltimore (Video)

He explained that The New York Times reported that “some Bloods had stood in front of black-owned stores to protect them from looting or vandalism…they pointed [rioters] toward Chinese- and Arab-owned stores.” On “The Five” today, Greg Gutfeld revealed the truth about the gang members who protected stores during Baltimore’s violent riots on Monday.

Gutfeld stated that several rival gangs came together to stop the looting from happening in stores that were targeted by rioters.

He explained that The New York Times reported that “some Bloods had stood in front of black-owned stores to protect them from looting or vandalism…they pointed [rioters] toward Chinese- and Arab-owned stores.”

“I guess it was just a coincidence that 42 Asian shops were destroyed,” Gutfeld quipped. “So how is this not a bigger story and what happens when a fact like that rears its ugly head?”

Gutfeld added that a massacre’s duration is dictated by the time it takes for bullets to start flying in the opposite direction. On “The Five” tonight, Greg Gutfeld slammed the notion of “gun-free zones.”

“Somali terrorists have threatened America’s biggest mall – a threat that reveals an obvious truth,” Gutfeld stated. “That the phrase ‘gun-free zone’ is liberal for ‘sitting duck.'”

He said that “gun-free” is music to the ears of bad guys, who intentionally target the unarmed.

Gutfeld pointed out that the “soldier readiness processing center” at Ft. Hood was gun-free at the time of the attack, and the shooting only ended when Nidal Hissan himself was shot.

Posted on January 23, 2015 by ifnm| Comments Off on Greg Gutfeld Sorts Out The Social Media Strife Over American Sniper (Video)

‘A Discredit to His Race, the Human One’: Gutfeld Slams Student Excusing Muggers (Video)

Posted on December 7, 2014 by ifnm| Comments Off on ‘A Discredit to His Race, the Human One’: Gutfeld Slams Student Excusing Muggers (Video)

Georgetown student Oliver Friedfeld claims he was robbed at gunpoint… but adds he deserved it because of ‘privilege.’ In a recent article in the Georgetown University school paper, student Oliver Friedfeld says he was robbed at gunpoint, but he deserved it because of privilege.

“So this bozo excuses armed robbers, because he doesn’t expect them to act decently. And that’s not racist? How?”

Gutfeld wondered if Friedfeld would also excuse rape or murder.

“Perhaps he should share his thoughts with the family of Zemir Begic, the man beaten to death with hammers in St. Louis last Sunday,” Gutfeld said.

Comments Off on ‘A Discredit to His Race, the Human One’: Gutfeld Slams Student Excusing Muggers (Video)