A District of Columbia police officer used a large wooden stick to strike the body and head of protester Rosanne Boyland three times as she lay motionless on the ground on Jan. 6, 2021, according to bodycam footage from several officers obtained by The Epoch Times.

Kephart called Morris’s use of force “indefensible” and the internal-affairs investigation of Boyland’s death a “clear and convincing coverup.”

Posted on April 21, 2022 by ifnm| Comments Off on WATCH IT: Steve Gregory’s Despicable Metro Video

Steve Gregory from KFI News was able to get a montage of extremely violent surveillance footage that occurred on LA Metro transit units in 2021.

Steve talked to John & Ken today about how he received this footage and law enforcement’s reaction to it.

If you know anyone who takes LA Metro, please share this with them and advise them to get a car.

Comments Off on WATCH IT: Steve Gregory’s Despicable Metro Video

Posted on April 14, 2022 by ifnm| Comments Off on Paul Joseph Watson – The Brooklyn Subway Attack (Video)

Well, this is awkward.

Posted on February 9, 2022 by ifnm| Comments Off on Far-Left Activist Identified as Suspect in Canada Protest Hit-and-Run

Zegarac, 42, was arrested Friday at around 10:30 p.m. after a Jeep struck a group of four protesters at Winnipeg’s Memorial Boulevard at around 9:30 p.m. that evening. Authorities temporarily hospitalized one of the injured protestors, while three others suffered minor injuries as a result of the incident.

The assembly was a peaceful protest against civil rights restrictions imposed in Canada in the name of stopping the Chinese coronavirus.

Police initially refused to comment on the identity of the driver of the vehicle but later stated that 42-year-old Zegarac would be looking at various charges including four counts of assault with a weapon, failing to stop at the scene of an accident and dangerous operation of a motor vehicle.

According to a report from the Winnipeg Free Press, Zegarac has a history in Winnipeg’s punk music scene as part of the “political punk group” Brat Attack, whose lyrics feature far-left and anti-conservative themes.

Posted on December 20, 2021 by ifnm| Comments Off on Six arrested in connection with 70 crimes targeting Calif. Asian women, police say

Six men have been arrested in connection to a string of robberies allegedly targeting Asian women in the Bay Area, concluding a yearlong investigation, according to authorities.

The men allegedly targeted Asian women because they believed they “don’t use banks” and would be carrying cash.

Ethnic slurs were allegedly used against some of the women by the three men and officials said the suspects followed the women to their cars in parking lots and waited until they were inside before opening the door or breaking a window to snatch a purse from their passenger seat.

The latest arrests conclude a yearlong investigation into robberies that targeted Asian women, including some who were injured during the alleged crimes, authorities said.

Posted on June 17, 2021 by ifnm| Comments Off on Police Say Gunman Who Shot 5 in 2 States Was Targeting ‘White Males’

Lockhart testified to the court that Roberts said, “I had to have him” with regards to the man he is accused of firing at several times, hitting him once in the back.

A man who is accused of shooting five people across two states is said to have purposely targeted white victims during the attacks.

Justin Tyran Roberts, 39, was arrested on Saturday on suspicion of wounding five people across Alabama and Georgia during a shooting spree that lasted 20 hours. Two of the shootings took place in Uptown Columbus while the other occurred in the parking lot of a hotel in Phenix City.

During a preliminary hearing at Columbus Recorder’s Court on Monday, Columbus Police Detective Brandon Lockhart said that the suspect sought out to harm white men as he said he had been targeted himself.

Is Anyone Else Noticing a Pattern With the Increase in ‘Random’ Attacks on White, Asian, and Hispanic People?

Posted on June 8, 2021 by ifnm| Comments Off on Is Anyone Else Noticing a Pattern With the Increase in ‘Random’ Attacks on White, Asian, and Hispanic People?

I recently reported a handful of attacks on elderly white people, mostly women. These attacks aren’t random and they aren’t new. Author Colin Flaherty has written three books about black-on-white crime and how the media not only ignores it but claims white people are oppressing and attacking black people.

A 350-pound, large-breasted man pummeled a diminutive woman (actually two women) in Gardena, Calif., over the weekend. Fortunately, the second beating was caught on video, leading to the suspect’s arrest.

The Los Angeles County Sheriff’s Department released surveillance photos and video showing the shirtless “man” coolly walk up to a woman and brutally pound her. He then continued to hit her as she was on the ground. At one point in the video, he grabs her hair and slams her head against her car. He then walks back to his vehicle. The unidentified suspect was arrested this weekend and authorities say that he has a criminal history of violence and is on probation. He is also accused of attacking a woman in her car in Gardena last Saturday. After the video was released, another woman came forward to say she had been attacked on the same day as the woman in the video.

Random? Time to Call it a Pattern

Mynewsla.com had the audacity to fly this headline, “Mystery Motive For Vicious Random Attack On Woman Pumping Gas In Gardena: Suspect Repeatedly Punched Her For No Reason.”

Comments Off on Is Anyone Else Noticing a Pattern With the Increase in ‘Random’ Attacks on White, Asian, and Hispanic People?

Posted on April 17, 2021 by ifnm| Comments Off on Bitter media storm after former pro-migration French minister attacked in his home

It has been reported that prominent French businessman and former politician Bernard Tapie was attacked in his home by four assailants, three of whom are reportedly African, and one of North-African origin. Tapie, the former owner of Adidas and other high-profile businesses, was asleep in his Parisian mansion when the attackers struck, resulting in both he and his wife being tied up with electrical cords tortured by the assailants who demanded to know where the couple’s valuables are hidden. The 78-year-old tycoon, who is also undergoing cancer treatment, has received a blow to the head with a baton. The home invaders have made off with jewelry, watches and some mobile phones. Tapie’s wife Dominique was also assaulted but eventually escaped and alerted police.

While most French public figures have expressed their sympathies with the victims, one of them chose to do so while also reminding Tapie of his past stances on migration. Jean Messiha, an Egyptian-born French economist and politician and a former member of Marine Le Pen’s National Rally, also wished with Tapie a “good recovery” but at the same time pointed out the correlation between Tapie’s past criticism of Jean-Marie Le Pen’s migration stances and the fact that he was attacked by four criminals with a migration background:

Posted on February 26, 2021 by ifnm| Comments Off on Hundreds of activists rally against ‘white supremacy’ after a black man stabbed an Asian man in NYC

Activists in New York last week held a rally against “white supremacy” to protest the attack of an Asian man who was slashed with a box cutter on a New York subway by a black man.

Yes, you read that correctly.

Social justice warriors were protesting against white supremacy over an incident where an Asian was attacked by a black man.

Posted on January 30, 2018 by ifnm| Comments Off on Waterloo region teachers wearing Kevlar as violence in classroom grows 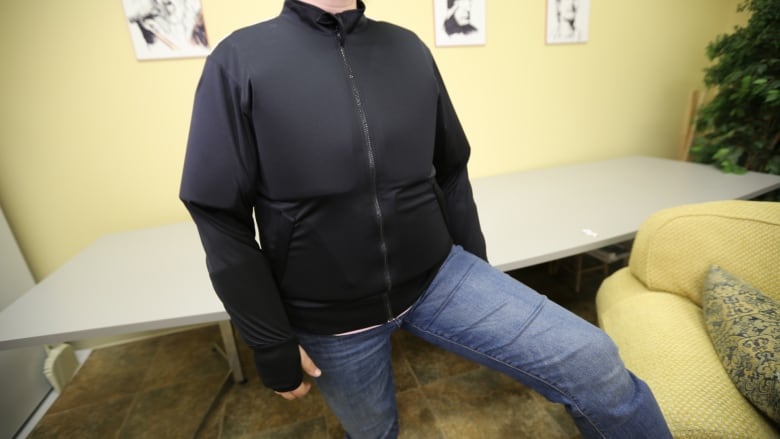 Some teachers in Waterloo region now feel the need to wear Kevlar clothing to protect themselves due to the growing trend of violence in classrooms.

“We’re (dealing with) everything to biting to kicking and punching,” said Jeff Pelich, the vice president of the local chapter of the Elementary Teachers’ Federation of Ontario.

“Between our teachers and educational assistants, and child and youth workers, many of them are now required to wear Kevlar, to wear full vests to protect themselves from punches and kicks.”

Last school year there were approximately 1,300 incidents involving elementary student-on-teacher violence in the Waterloo Region District School Board, up from around 900 the previous year.

The numbers were part of a report discussed at the school board’s Committee of the Whole meeting Monday night.