Posted on November 2, 2021 by ifnm| Comments Off on See who’s stealing billions of Covid-19 relief funds

Whether it’s helping businesses, supporting hospitals and schools, or paying the unemployed, a record amount of money is being spent on Covid-19-related assistance in the U.S. But for every taxpayer dollars that’s sent to someone who needs it, an unknown amount of money is lost to waste and fraud. Today, we look at some of the biggest cons so far – and who’s looking for all the crooks.

Texas businessman Dinesh Sah is one of the biggest known Covid scamsters so far. He’s sentenced to 11 years in prison for fabricating documents applying for nearly $25 million for nonexistent businesses and workers. He spent the taxpayer money on homes and luxury cars.

Sharyl: What was your first clue that there was going to be an element, a large element, of fraud possible?

Mike Ware: As soon as we started to hear what the numbers were in terms of how much money was going to be allocated to these programs.

Mike Ware is the Inspector General of the Small Business Administration, which is in charge of administering Covid-19 relief for businesses. With Ware’s help, we’re taking a deep dive into all the fraud that’s come with it.

A Texas A&M University professor has been arrested and charged with lying about his contacts with the Communist Chinese, which were prohibited under the terms of his taxpayer-funded grant.

According to the Justice Department, 53-year old Zhengdong Cheng led a team conducting research for NASA.

While 1.4 million foreign researchers and academics are here in the U.S. for the right reasons, the Chinese Talents Program exploits our open and free universities. These conflicts must be disclosed, and we will hold those accountable when such conflict violates the law. 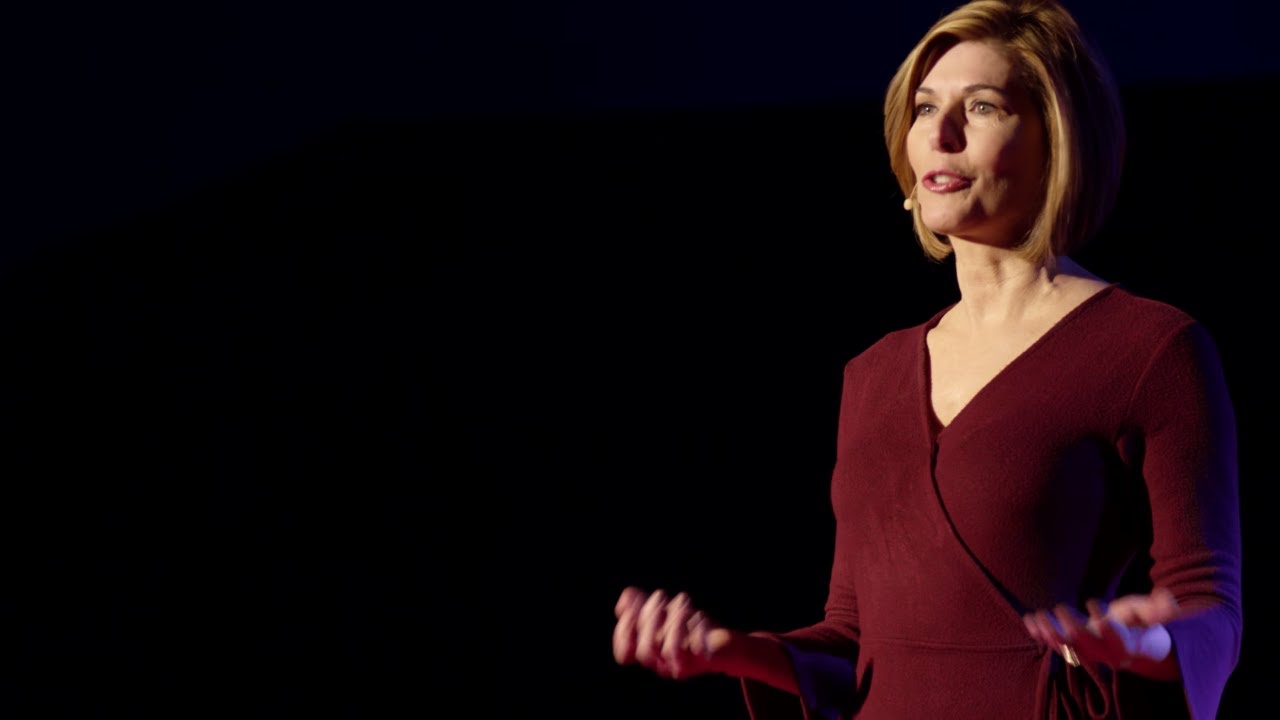 The Sum of Knowledge (Video)

“Digital activists are paid employees; their purpose is to attack anyone who’s posting something contrary to the view the page owner wants expressed.”

It’s perhaps one of the most important and pitched battles of our time: The battle to control information and sway public opinion. What can you believe? Who’s telling the truth? What’s real? Trust in the national media breaks along partisan lines. According to the latest survey: just 11 percent of Republicans now trust national news organizations, down from last year. Over the same period, Democrats’ trust has gone up, to 34 percent. Trust in social sites like Facebook and Twitter is in the single digits for all political persuasions; a reflection that the web is a free-for-all, where news is faked, and popular sites are subject to manipulation or censorship. We investigate efforts to control: The Sum of All Knowledge.

As a Donald Trump supporter, Andrew Torba felt like odd man out in California’s Silicon Valley home of prominent tech firms like Apple, Facebook and Google. Last year he was outraged when he attended this campaign rally in San Jose and saw violent anti-Trump protesters attacking Trump supporters.

Torba: On Facebook, on Twitter, I wrote a blog about it. And immediately, without getting into any of the issues or anything, I was automatically labeled a racist, a bigot, etc. Venture capitalists, people that I respected and had worked with on a very close level, just wrote me off completely and blacklisted me completely.

Comments Off on The Sum of Knowledge (Video)

Posted on June 28, 2017 by ifnm| Comments Off on Sharyl Attkisson: Media Giving the Public ‘An Artificial Reality’ (Video)

“We are getting an artificial reality created by people who are putting out narratives,” Attkisson said on “Tucker Carlson Tonight.” Investigative journalist Sharyl Attkisson discussed the state of the American media, in the wake of contested stories about President Trump.

Attkisson said she worked for three years at CNN, one of the organizations considered critical of the White House.

She said the over the past few years, there has been “a huge sea change” in the media’s position as an unbiased arbiter toward one that pushes narratives.

Attkisson said the mainstream media, like lobbyists, see Trump as a “threat” to their “establishment” culture and even their jobs.

In turn, she said the media has largely shifted to be critical of the White House at every turn.

Comments Off on Sharyl Attkisson: Media Giving the Public ‘An Artificial Reality’ (Video) If you want to spot a forged painting, ask an art expert.

And if you want to find out what is “fake news,” ask perhaps the top investigative reporter in journalism.

So, what is really behind the mainstream media’s war on fake news?

“I think the anti-fake news movement itself is a campaign for a narrative-driven propaganda campaign that started about September,” reflected Attkisson.

And what’s the purpose of the anti-fake news movement?

“I think there’s an agenda to censor the news as opposed to actually trying to eliminate fake news,” she said.

Run for the Border (Video)

Posted on December 5, 2016 by ifnm| Comments Off on Run for the Border (Video)

There’s been a run for the border—the U.S. border—by citizens around the world. They may be trying to get in under the wire before an anticipated tightening of border security under the Trump administration. The Department of Homeland Security says immigration detention facilities are already overflowing (41,000 in them) and there’s a new surge. We recently spoke to Congressman Henry Cuellar of Texas—who represents a district that bears a lot of the brunt of that surge.

Sharyl Attkisson: I’ve looked at the numbers you’ve given me and it looks like in many categories there’s a big uptick in immigrants crossing the border.

Congressman Henry Cuellar: Especially the unaccompanied kids, family units coming in from Central America. Back last year around this time, I had said we need to look at those numbers because they look like they’re increasing.

In the 2016 fiscal year, more than 408,000 illegally entered the southern border. That includes over 59,000 children under 18 who came without parents or guardians.

Most of the youth crossed in through Congressman Henry Cuellar’s district, which includes Laredo, Texas.

Comments Off on Run for the Border (Video)

Border bribery: A year’s salary in one day to let in drugs, illegals, terrorists (Video)

Posted on November 20, 2016 by ifnm| Comments Off on Border bribery: A year’s salary in one day to let in drugs, illegals, terrorists (Video)

“Full Measure with Sharyl Attkisson” on Sunday reports that bribery is so bad that U.S. Customs and Border Protection are instituting new hiring practices and the FBI has 22 Border Corruption Task Forces targeting corruption.

Drug cartels and human trafficking operations south of the border have become so rich and brazen that they are bribing U.S. border agents a year’s salary in just one day, according to a new report.

On her show, which appears on Sinclair stations and streams live Sunday, top officials describe how criminal gangs enlist weak or financially troubled agents. It was previewed with Secrets Friday.

She interviewed FBI Supervisory Special Agent Jeffrey Veltri who said, “They spot and assess individuals who would flirt with women who come through their lanes or potentially have financial distress in their lives, gambling debts, and then they target those vulnerabilities.”

The payoff: “They could in theory make more in an evening than they, in their annual salary, would garner,” he added.

Comments Off on Border bribery: A year’s salary in one day to let in drugs, illegals, terrorists (Video)

“We have a trade deficit 800, almost, 800 billion dollars a year. We’re losing more than 400 billion dollars a year with China, in terms of a trade deficit. With Mexico, with Japan, I mean, what are we doing? What are we doing? I, I often say, who negotiates these deals? So, your establishment people are saying, Oh, gee, you know, let things be the way—I don’t think we can let them be the way they are, because our country is being devastated and our jobs are being taken.” – Donald Trump 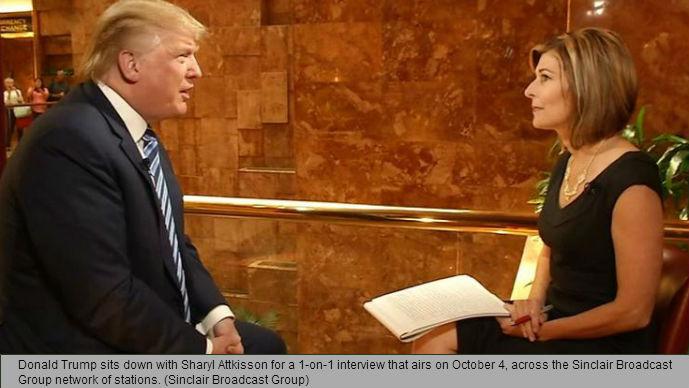 Sharyl Attkisson: The-some of the analysts and some people who are experts, as well as some of the media, seem to go in to contortions to try not to say early on it was a possible terrorist event.

Donald Trump: That’s true. They want to go in and they just don’t wanna say that, because that offends some people, including our president. They don’t want to mention the term radical Islamic terrorism under any circumstance, including Hillary Clinton. I laughed this morning when I see her on television saying how she’s gonna do this and that. She’s been there for 30 years, she hasn’t done anything. I mean, she’s all talk and no action. But she was saying that she’s gonna this and she—I’m the one that’s been talking about this for a long time, as long as you’ve known me. And this is radical Islamic terrorism. It has to be dealt with sharply. It’s the only language that they’re gonna understand, and this problem that we have now is only going to get worse with weak leadership. Comments Off on Sharyl Attkisson: Obama and Clinton Lied to the Public, ‘Impeded the Investigation’