Posted on January 25, 2018 by ifnm| Comments Off on Ann Coulter: Lindsey Graham, the Uninvited Guest

Why does Sen. Lindsey Graham have a seat at the table on immigration? Are Jorge Ramos and Vicente Fox unavailable? Graham’s claim to fame is: 1) having twice negotiated a voluntary surrender for the GOP on immigration; and 2) winning 0.00 percent of the vote when he ran for president two years ago.

You could run for president on the platform that we should kill babies and eat them, and you’d get more votes than Lindsey Graham. Who designated this most remote of back-benchers, thoroughly rejected by the American people, as the principal negotiator on Trump’s central campaign promise?

Graham’s thought process seems to be: We had an election, I ran for president; literally no one voted for me, so my views should prevail over the guy who won an Electoral College landslide.

How about getting Dennis Kucinich in there? Has anyone asked Martin O’Malley for help in the “DACA” negotiations?

To a rapturous media, Graham has been peddling the lie that President Trump blew up a beautiful bipartisan deal on immigration. It wasn’t “bipartisan,” except in the sense of being “angrily rejected by the voters.”

Comments Off on Ann Coulter: Lindsey Graham, the Uninvited Guest

Posted on November 8, 2017 by ifnm| Comments Off on Bannon: George W. Bush Was ‘Single Most Destructive President in U.S. History, Including James Buchanan’

On Breitbart News Sunday with SiriusXM hosts Joel Pollak and Rebecca Mansour, Breitbart News Executive Chairman Steve Bannon was sharply critical of the Bush family, referring to them as “the last Whigs” because “the Republican Party that they talked about is essentially over.” Bannon was referring to the Bush presidents attacking President Donald Trump in a new book, The Last Republicans: Inside the Extraordinary Relationship Between George H.W. Bush and George W. Bush by historian Mark Updegrove.

“Listen, I try to be bad cop to President Trump’s good cop. He’s head of the Republican Party. He tries to stay above the fray. Hopefully I’m there to do the dirty work as his wingman,” Bannon said.

“What are we talking about? This party is a party made up of workers. It’s made up of American workers. It’s made of the American middle class. It’s got to represent not just their values, but their interests, and it doesn’t. The donors, the conservative consultants, the lobbyists, and the politicians they bought in the Republican Party don’t represent their interests at all. It’s quite shocking,” he contended.

“I think now with the Internet and news services like Breitbart, the Daily Caller, and others you’ve disintermediated the kind of old think tanks of the conservative movement, and you’ve disintermediated the old media companies – including Fox News to a large extent, which is really quite Establishment. I think you just have this energy at the grassroots level that really wants to take its party back, and by taking its party back, really effectuate change in the United States. I think it’s healthy, and I think it’s great,” he said.

Comments Off on Bannon: George W. Bush Was ‘Single Most Destructive President in U.S. History, Including James Buchanan’

Posted on August 7, 2017 by ifnm| Comments Off on Bill Kristol: Never Trumpers Should ‘Rebrand’ as ‘Liberals’

Bill Kristol, the Never Trumper and top H.R. McMaster defender and ally who is reportedly working behind the scenes to primary or oust President Donald Trump, wants Never Trumpers to rebrand themselves as “liberals.” According to a New York Times report, Kristol “said he had begun informal conversations about creating a ‘Committee Not to Renominate the President.’”

Comments Off on Bill Kristol: Never Trumpers Should ‘Rebrand’ as ‘Liberals’

Posted on August 2, 2017 by ifnm| Comments Off on McCain and fellow Republicans: True sociopaths

As if any true conservative needed more evidence, the Republican Party’s refusal to repeal Obamacare proves the party is comprised of liars, leftists and betrayers of the voters who elected them. And even more condemnable, they no longer care that we know it. But I get ahead of myself.

Sen. John McCain, R-Ariz., has been corrupt since he took his very first steps in Congress, beginning with his involvement in the “Keating Five” savings and loan scandal. To avoid criminal prosecution for his criminal misdeeds, McCain, as they say, “dropped the dime” on everyone else involved, thus avoiding the gallows himself.

McCain loves the theater that comes from being the center of attention, hence the reason he turned the Senate’s vote for the so-called “skinny repeal” amendment into a long, drawn out drama before the curtain came down ending for now the effort to repeal Obamacare.

McCain has always been a loathsome individual, and Thursday evening we were reminded just how fortunate we were that he failed in his presidential bids of 2000 and 2008.

Comments Off on McCain and fellow Republicans: True sociopaths

Posted on July 15, 2017 by ifnm| Comments Off on GOP Spending Panel Invites Illegals to Get Government Jobs The legislation shows the Democrats’ determination to open doors and opportunities for illegals, even as opportunities for Americans and their children are being choked by cheap-labor immigration, automation, and international outsourcing. The late-night decision was made by a voice vote — so shielding the pro-amnesty Republicans from public criticism.

The business-focused “moderate” Republicans who submitted to the ideological Democrats’ pressure “are cowards,” said one pro-American lobbyist.

“Last night’s action by the Republican-led House Appropriations Committee making illegal aliens eligible for federal jobs is yet another example of why President Trump must honor his campaign pledge and repeal President [Barack] Obama’s unconstitutional Deferred Action for Childhood Arrivals (DACA) program,” said a statement from the pro-American Federation for American Immigration Reform. It continued:

The Appropriations Committee, without notice in the middle of the night, approved a provision changing an Obama-era rule barring DACA beneficiaries from working directly for the federal government. In an effort to provide Republican members cover for this cowardly act, Chairman Rodney Frelinghuysen (R-N.J.) took the unusual step of denying a roll call vote.

Posted on July 7, 2017 by ifnm| Comments Off on Republican Rep Sued For Removing Republican Activist From Capitol

Following this event Norred Law, PLLC has taken up Amy Hedtke’s case and filed a law suit naming State Representative Byron Cook, Sergeant-At-Arms David Sauceda, and Director of the Texas Department of Public Safety, Steve McCraw, as defendants all in their official capacity.

There are few activists known as widely around Texas as Amy Hedtke. From her knee-high red, white, and blue boots to telling city council members to “go [expletive] themselves as they do their constituents” she is has made quite the reputation. Some love her bravery and frankness, and some hate her dress and attitude. Whether you’re a fan or critic, her latest act is likely to draw crowds of both. Amy Hedtke is suing State Representative Byron Cook of Corsicana, Texas.

Rep. Byron Cook is chairman of the State Affairs committee in the Texas House of Representatives and has been for several sessions. On March 22nd of this year Amy Hedtke was in attendance during the committee meeting as a concerned citizen and activist. Several bills were being heard that day including HB 200, a bill that would ban a type of partial birth abortion. Hedtke was there to testify on the bill and encourage them to pass HB 948, a bill to completely ban abortion. There is normally a live stream of the committee hearing that is archived, but they can be unreliable. This was true for the day before this hearing. 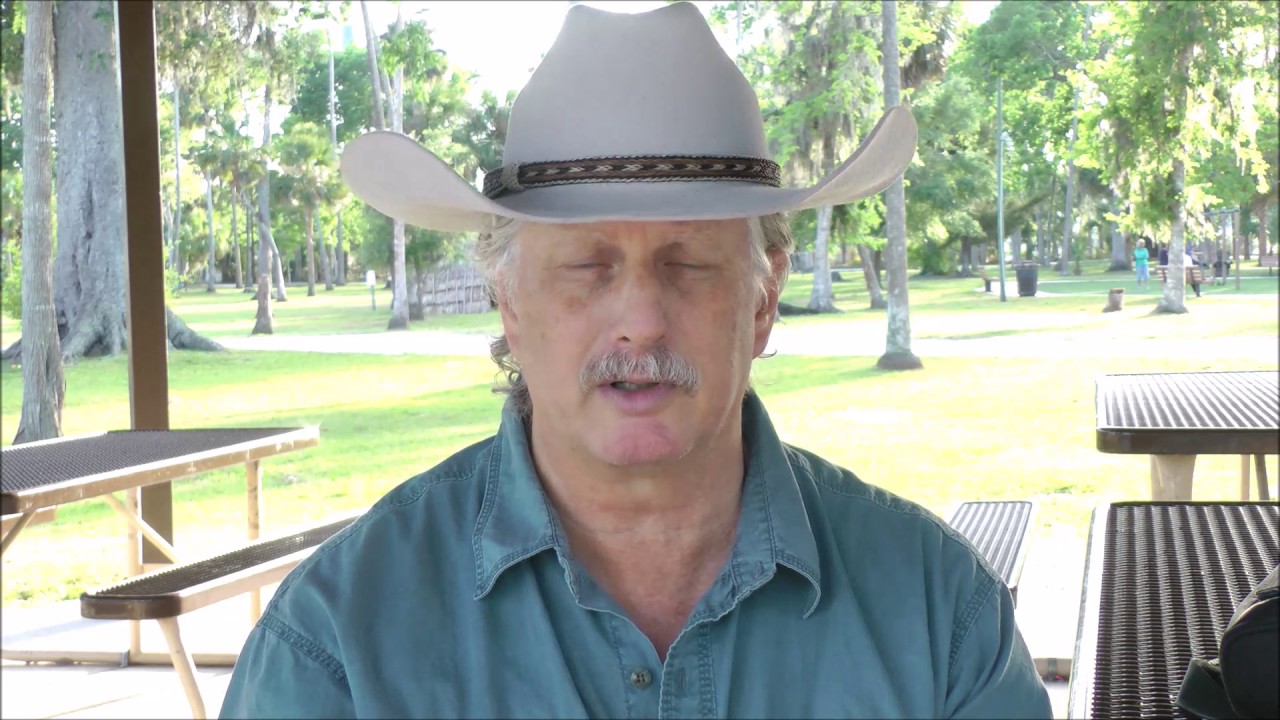 Comments Off on Dump the RINOs – Wild Bill for America (Video)

Congressional Republicans are just nincompoops. The only thing they know is: Imitate Reagan — from 30 years ago. It would make more sense for Republicans to demand that all air traffic controllers be fired for no reason than it is for them to keep treating Putin like it’s 1950 and he’s Stalin.

Americans thought electing a trash-talking billionaire reality TV star to the presidency of the #$%^ United States would finally be enough to convey the message that they hate both political parties. If anything, they hate Republicans more.

But the Uni-Party can’t learn. The bureaucracy, the judiciary and congressional Republicans are all openly working for the “Resistance.” It’s President Trump against the world.

In Congress, the hate for Trump is personal. Not only did he throw a grenade into politicians’ little do-nothing club, but his very existence destroys their self-conception as people with a set of skills.

While Trump was making billions of dollars building skyscrapers, developing golf courses and starring on a hit reality TV show, members of Congress were slowly working their way up the political ladder — interning at think tanks and congressional offices, taking some small government job, then running for the House or Senate, and, hopefully, marrying a woman with a large inheritance.

A stunning number of senators and congressmen are supported by rich wives — Sens. John McCain, Mitch McConnell, Richard Blumenthal, John Kerry and Ron Wyden, and Reps. Michael McCaul, Scott Peters and Paul Ryan, to name a few. Is there any other profession with as high a percentage of men sponging off their wives’ inheritances?

Employees of a hedge fund founded by the king of the Institutional Left, billionaire and Democratic Party mega-donor George Soros, donated tens of thousands of dollars to top Republicans who fought against President Donald Trump in 2016, donation records compiled by the Center for Responsive Politics show. Soros Fund Management, a former hedge fund that serves now as an investment management firm, was founded by progressive billionaire George Soros in 1969. It has risen to become one of the most profitable hedge funds in the industry. Employees of the firm are heavily involved in backing political candidates giving millions upon millions to groups that were supporting failed 2016 Democratic presidential nominee Hillary Rodham Clinton for the presidency.

But more importantly, perhaps, than the unsurprising giant lump sums of cash funneled into Democratic Party and Clinton coffers is the revelation thanks to the Center for Responsive Politics that employees of the Soros firm—now run by his son Robert Soros—pumped tens of thousands of dollars into the campaigns of top anti-Trump Republicans over the course of 2016.

In total, executives with the Soros-founded company pushed $36,800 into the coffers of these GOP candidates just this past cycle. That does not include Super PACs or campaign committees, which saw tens of thousands of dollars more. While these numbers for Republicans pale in comparison to the millions upon millions poured into Democratic groups, causes, and candidates, it is significant that Soros executives are making a play inside the GOP. Perhaps even more significant is the type of Republican they aim to prop up: pro-amnesty, pro-open borders on trade, and generally speaking anti-Trump. A pattern emerges when looking at the policies of the Republicans that these Soros Fund Management executives support financially. Palin said the 2016 election was vindication for “me and millions of other Americans who, for years and years, have been saying smaller, smarter government is the answer, and we need someone who is politically incorrect enough to say what needs to be said, and do what needs to be doin’, to fix the problems that we’re in in our nation.”

She countered that the concept was “pretty universal, when people understand what our Constitution actually means, and that it is to restrain federal government, and not incentivize growth of the federal government – more control, more shackles over the people.”

“So draining the swamp is so necessary on the local government level, the state government level, and of course the federal government level. We need to not allow the will of the people to be ignored, and the only way to do that is, presently the status quo is so far from wanting to drain the swamp that we knew ‘the status quo has got to go.’ I’ve kinda been preaching that for a few decades now, ever since the little local city council seats that I was elected to, but I’m not the only one who believes that, obviously,” Palin said.