Stars: Dane Clark, Cathy O’Donnell, Tom Drake. Small-time gambler flees town and hooks up with his ex-wife (Virginia) to avoid arrest for murder. Protecting Virginia from a masher, he accidentally kills the man… 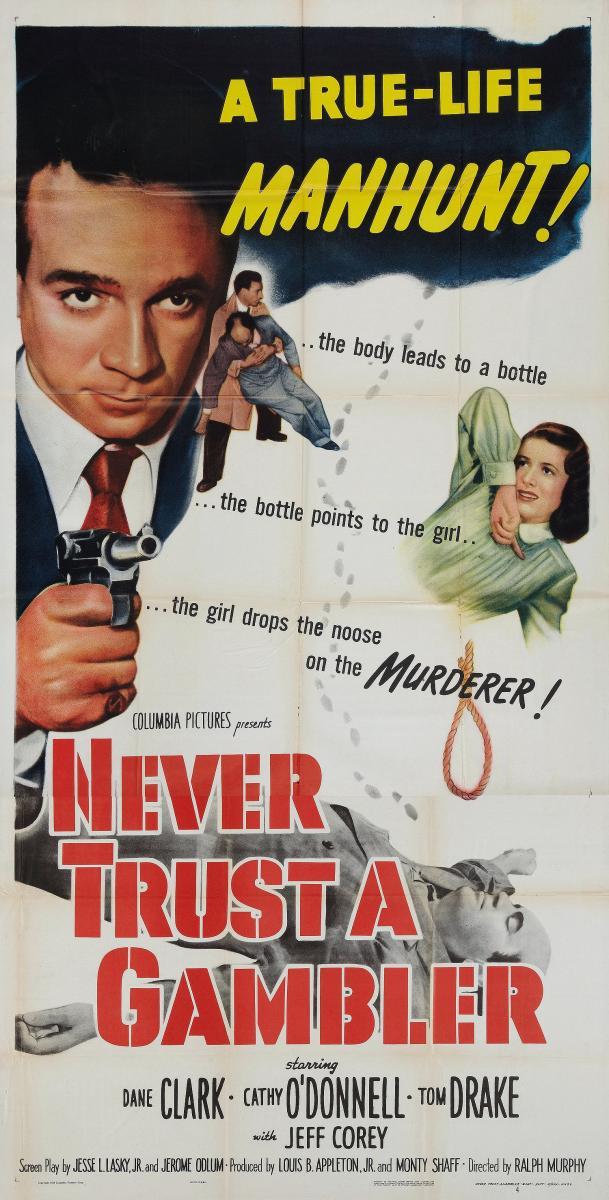 Comments Off on Complete Classic Movie: Never Trust a Gambler (1951)

Posted on February 28, 2018 by ifnm| Comments Off on Ted Nugent makes the world safe for guitar players

Ted gives some spiritual and attitudial advice for young musicians. 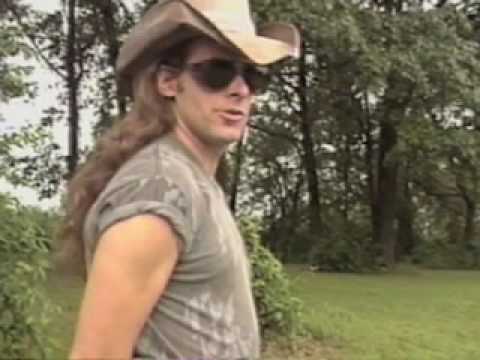 Posted on February 28, 2018 by ifnm| Comments Off on Scarborough Fair – Celtic Woman 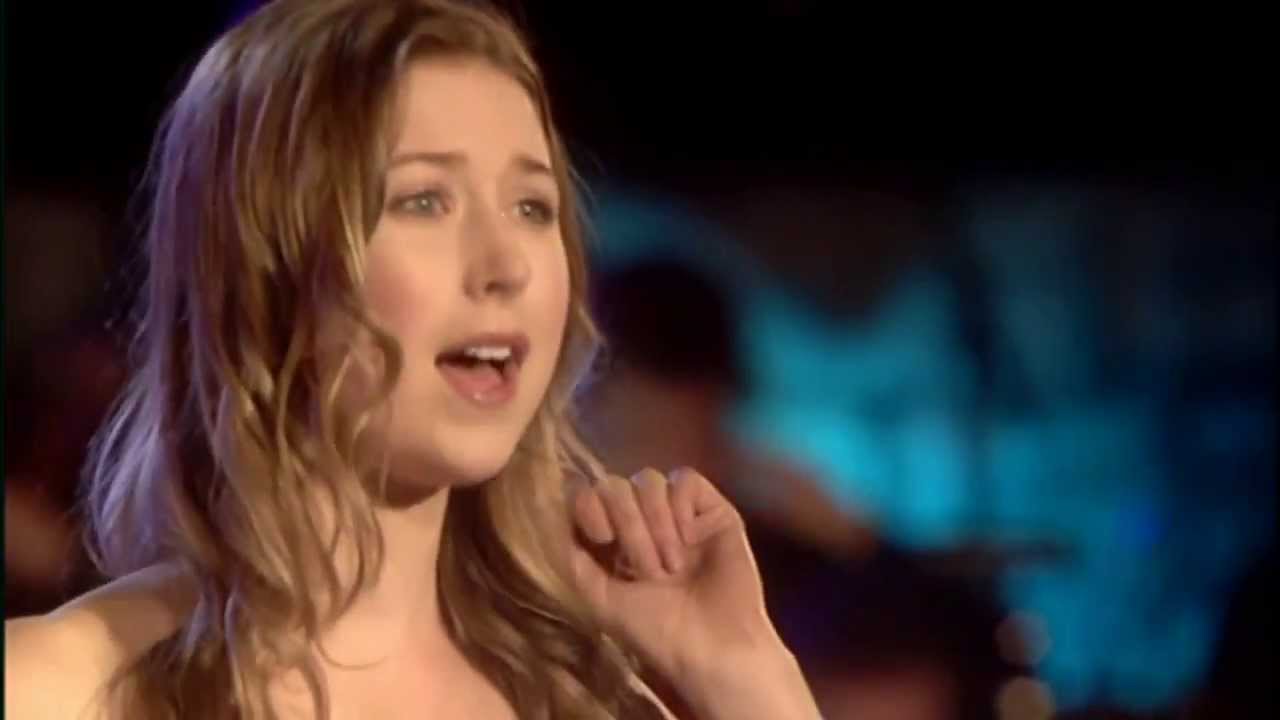 Posted on February 28, 2018 by ifnm| Comments Off on The Bari Weiss Pile-On

Meme Wars: How the micro-grievances of different immigrant classes reflect a broader problem in our conception of race in America.

Above a video of the Olympic figure skater Mirai Nagasu landing a triple axel, New York Times opinion editor and writer (and former Tablet editor) Bari Weiss appended a tag line referencing Hamilton and sent the message out on Twitter: “Immigrants: They get the job done.” A social media pile-on ensued. Weiss stood accused of committing a hateful micro-aggression against the Olympian by referring to her as an immigrant when in fact she had been born in the United States. Her protestations that her intention had been to celebrate the accomplishments of immigrants were for naught. Minority co-workers at the Times joined in the condemnation on the paper of record’s internal discussion platform. The Slack chats were in turn leaked to the Huffington Post. One complainant compared Weiss’ tweet with the internment of American citizens of Japanese ancestry during the World War II.

We owe a debt to the leaker and the Huffington Post for delivering news that all of us can use. In the past 18 months, I’ve had many debates with friends about whether the fractiousness and hyperbole about identity that has long been endemic to academia and the activist left would intrude into the wider world. We now know the answer: L’affaire Weiss was just about the clearest possible demonstration of a premise stated by Andrew Sullivan in a recent column in New York magazine declaring “We All Live on Campus Now.” A close reading of the text, subtext, and context of the Bari Weiss pile-on is therefore in order. It presages what will soon sweep through every institution in America.

Comments Off on The Bari Weiss Pile-On

The social justice revolution has taken the law schools. This won’t end well

Posted on February 28, 2018 by ifnm| Comments Off on The social justice revolution has taken the law schools. This won’t end well

Bruce Pardy: One might expect Justin Trudeau and his ministers to jump on ideological bandwagons, but it is telling when law schools want to ride along too.

What is a law school for? According to the University of Windsor, revolution. Earlier this month, Windsor’s law school released a statement on the jury verdict that acquitted Saskatchewan farmer Gerald Stanley of the second-degree murder of Coulton Boushie. According to the statement, the Canadian legal system is oppressive. “Canada has used law to perpetuate violence against Indigenous Peoples,” it states, “a reinvention of our legal system is necessary.”

The statement reveals how legal education has lost its way. One could be forgiven for thinking that the purpose of law schools was to train lawyers to understand legal principles and to think logically and critically. Instead, some law schools portray themselves as political actors working for a cause. At Windsor’s law school, “we strive toward social justice. We take that commitment seriously.” Indeed they do. So do other law schools in Canada, some more explicitly than others. Social justice means defeating oppression and righting historical wrongs — by favouring or blaming people as members of groups, and by undermining Western legal principles such as the rule of law, equal application of the law, presumption of innocence, and freedom of expression, thought, conscience and religion.

Comments Off on The social justice revolution has taken the law schools. This won’t end well

Several members of the alleged drug operation are suspects in violent crimes in the North District. They referred to themselves as “Stupid Star Entertainment,” which they claimed was a rap group in northeast Indianapolis. Some of their activities came to the attention of investigators through videos posted online, investigators said.

Federal, state and local authorities say 14 people have been arrested as they dismantled a violent, large-scale drug trafficking operation in Indianapolis.

According to U.S. Attorney Josh Minkler, officers seized 10 guns, including an AK-47, along with methamphetamine, cocaine, marijuana and $20,000 in cash during the Friday operation.

Comments Off on Complete Classic Movie: Legend of the Lost (1957)

Posted on February 28, 2018 by ifnm| Comments Off on The Broward County Sheriff Is Everything That’s Wrong with American Authority (Video)

The sheriff is an outsized figure in the American imagination. He is Wyatt Earp, shooting it out with outlaws at the O.K. Corral. He is John Wayne, a lonely instrument of frontier justice. He is Rick Grimes, the resourceful survivor of a zombie apocalypse in “The Walking Dead.”

Now, along comes Scott Israel to remind us, despite the legend, how a sheriff can be a hack politician whose primary concern is protecting his own political reputation and little fief.

The Broward County sheriff, whose disgraceful performance in the Stoneman Douglas shooting has been a master class in evasion of responsibility, is the latest entry in why we don’t trust our public institutions.

It’s hard to imagine a more comprehensive and catastrophic failure from beginning to end than that of the sheriff’s office in the Parkland massacre. It ignored warnings that were specific and chilling about the shooter, and at least one of its deputies waited outside the school while the shooting occurred (and perhaps others did as well in the immediate aftermath).

Posted on February 28, 2018 by ifnm| Comments Off on Camille Paglia on Movies, #MeToo and Modern Sexuality: “Endless, Bitter Rancor Lies Ahead”

The social critic and academic questions special protections for women (“Speak up now, or shut up later!”) and prescribes classic films to “inform the alluring rituals of attraction” amid Hollywood’s harassment crisis.

It’s open sex war — a grisly death match that neither men nor women will win.

Ever since The New York Times opened the floodgates last October with its report about producer Harvey Weinstein’s atrocious history of sexual harassment, there has been a torrent of accusations, ranging from the trivial to the criminal, against powerful men in all walks of life.

But no profession has been more shockingly exposed and damaged than the entertainment industry, which has posed for so long as a bastion of enlightened liberalism. Despite years of pious lip service to feminism at award shows, the fabled “casting couch” of studio-era Hollywood clearly remains stubbornly in place.

The big question is whether the present wave of revelations, often consisting of unsubstantiated allegations from decades ago, will aid women’s ambitions in the long run or whether it is already creating further problems by reviving ancient stereotypes of women as hysterical, volatile and vindictive.

My philosophy of equity feminism demands removal of all barriers to women’s advancement in the political and professional realms. However, I oppose special protections for women in the workplace. Treating women as more vulnerable, virtuous or credible than men is reactionary, regressive and ultimately counterproductive.

Comments Off on Camille Paglia on Movies, #MeToo and Modern Sexuality: “Endless, Bitter Rancor Lies Ahead”

The report, published in September 2017, looked at food stamp trafficking in 2012, 2013 and 2014, estimating that more than $1 billion in SNAP benefits were “trafficked” annually during that time period and that about 11.8 percent of the 303,522 retail stores authorized to accept SNAP benefits over the period were involved in trafficking.

The U.S. Department of Agriculture has published a report estimating that 35,891 food retailers around the country engaged in food stamp fraud, illegally “trafficking” more than $1 billion in Supplemental Nutrition Assistance Program benefits annually over the three-year period from 2012 through 2014.

“Retailer trafficking of Supplemental Nutrition Assistance Program (SNAP) benefits occurs primarily when SNAP recipients sell their benefits for cash to food retailers, often at a discount,” the USDA’s Food and Nutrition Service said in a summary of the report.

“SNAP benefits are permitted for the purchase of eligible food items from authorized food retailers,” said the report. “The sale or exchange of SNAP benefits for anything other than food sold by an authorized SNAP retailer is illegal.”

Comments Off on USDA: 35,891 Retailers Engaged in Food Stamp Fraud