The SPLC’s Horrifying Plan for Your Children’s Schools

Posted on February 7, 2021 by ifnm| Comments Off on The SPLC’s Horrifying Plan for Your Children’s Schools

The SPLC has long pushed leftist activism in schools through the Teaching Tolerance program, but this explicit call to “reimagine” the education system and use it to “wield power” seems brazen, even for an organization infamous for its “hate” fundraising scam and its routine defamation.

The Southern Poverty Law Center (SPLC), notorious for branding mainstream conservative and Christian nonprofits “hate groups” and including them on a list with the Ku Klux Klan while ignoring the destructive and deadly antifa riots, has adopted Marxist critical race theory and has asked the government to push this noxious agenda in public schools. This week, the SPLC urged President Joe Biden to direct taxpayer funds to develop a “curriculum on structural racism” in the Department of Education. The smear group also revamped its Teaching Tolerance program, which pushes its leftist agenda in schools.

In the SPLC’s annual “Year in Hate” report released on Monday, the organization called on the federal government to “address far-right and racist narratives” by providing “funding for the Department of Education to develop a curriculum on structural racism and funding for states to implement their own related initiatives.”

“Americans can only dismantle white supremacy if they understand how racism shaped (and continues to shape) housing, education, policing, health care and other policies and practices that affect our everyday lives,” the SPLC report claimed.

Posted on September 15, 2020 by ifnm| Comments Off on Sovereign Nation on Newsmax: Part 1 Interview with Gavin McInnes (Video)

Comments Off on Sovereign Nation on Newsmax: Part 1 Interview with Gavin McInnes (Video) 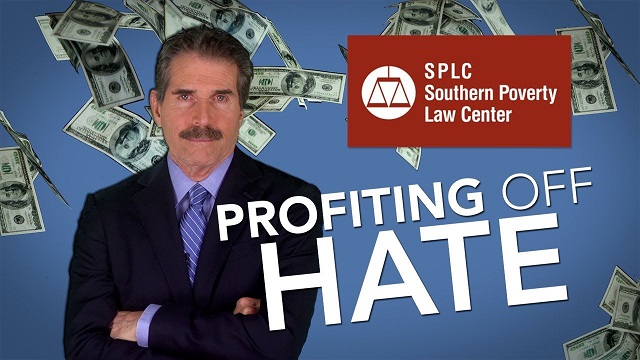 Posted on October 11, 2017 by ifnm| Comments Off on BLM, SPLC vow to protest Republican events at Columbia

Black Lives Matter of Greater New York and the Southern Poverty Law Center have vowed to pressure Columbia University into cancelling College Republicans events. Both groups plan to hold separate protests Tuesday against a speech on immigration policy by Tommy Robinson, whose “hateful and racist views” they say should not be allowed on campus.

On Tuesday, CUCR will host far-right activist Tommy Robinson, who will deliver a lecture on immigration through Skype. Later this month, the group will host Mike Cernovich, who will speak on the role that alternative media played in electing Trump.

“[We] will be marching and protesting in response to this hateful and divisive rhetoric which we feel does not align with the values of the university and has no place on the Columbia campus,” the protest page declares. “Our goal is to not only protest the event on Tuesday, but also to pressure the university into cancelling the Cernovich event, as well as any future events involving these kinds of hateful and racist views.”

Students will meet off-campus at a local train station, and then march to Columbia University. They plan to arrive on campus around 7:00 p.m., one hour before Robinson is scheduled to begin speaking.

Comments Off on BLM, SPLC vow to protest Republican events at Columbia

Posted on September 12, 2017 by ifnm| Comments Off on What It’s Like to Be Smeared by the Southern Poverty Law Center

I paid a professional price when the group attacked me in 2009. Now I wear its mud as a badge of honor. 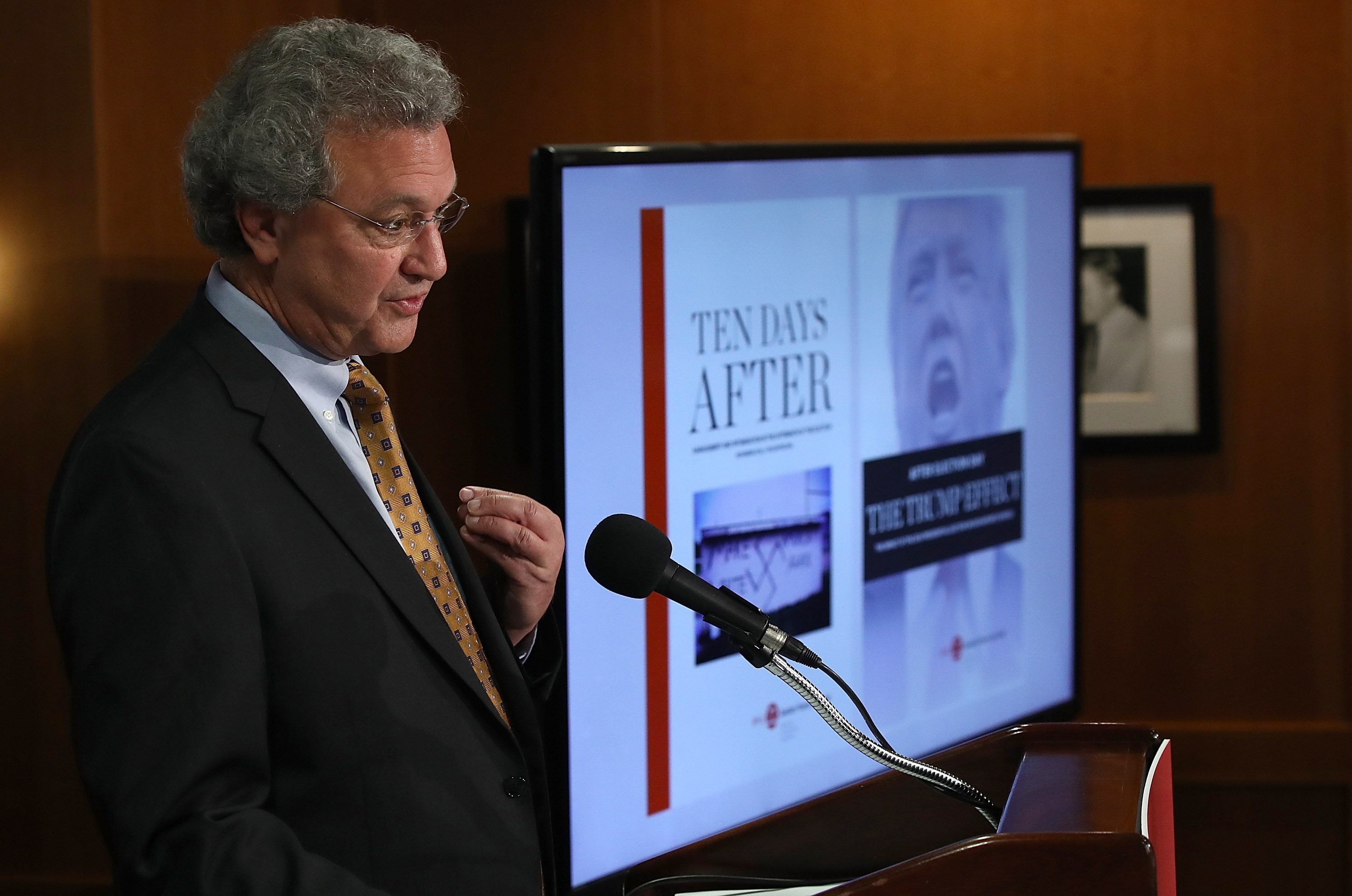 Richard Cohen, president of the Southern Poverty Law Center, was to testify before the House Homeland Security Committee about threats posed by domestic extremist groups. The hearing, scheduled for Tuesday, has been postponed because of Hurricane Irma. As a black conservative who has been smeared by the SPLC, I recommend against reinviting Mr. Cohen.

When Morris Dees and Joseph J. Levin Jr. started the SPLC in 1971, it was needed and it had noble goals. In recent years, however, it has become a tool of the radical left. Domestically, it uses its influence to paint with a broad brush that smears immigration restrictionists, orthodox Christian churches and pro-family organizations as “hate groups.”

What landed me in the SPLC’s crosshairs was a Sept. 10, 2009, Huffington Post blog entry titled “Mission Creep and the Southern Poverty Law Center’s Misguided Focus.” I pointed out the SPLC’s silence about video footage released after the 2008 elections showing members of the New Black Panther Party, decked out in full paramilitary regalia, patrolling a polling precinct in Philadelphia where they were clearly intimidating white voters.

Although several news organizations covered the story, the SPLC ignored the incident. At the time, the law center was spending an inordinate amount of time attacking then-CNN host Lou Dobbs for his relentless focus on illegal immigration. It demanded that CNN fire the anchor. After CNN and Mr. Dobbs parted ways, the SPLC took credit for getting him off the air. I ended my post with a one-liner that raised the ire of the organization and had a devastating effect on my life. I wrote: “Rather than monitoring hate groups, the Southern Poverty Law Center has become one.” The letter calls the SPLC a “discredited, left-wing political activist organization that seeks to silence its political opponents with a ‘hate group’ label of its own invention.”

Founded in 1971, the SPLC gained fame by successfully prosecuting legal cases against white supremacist organizations, including the Ku Klux Klan. It describes its mission as “fighting hate and bigotry and … seeking justice for the most vulnerable members of our society.”

Today, the SPLC is best known for tracking hate groups, which the organization defines as having “beliefs or practices that attack or malign an entire class of people, typically for their immutable characteristic.” Currently, the SPLC says 917 hate groups are operating in the United States.

SPLC’s “hate map” gained prominence in the media after last month’s deadly violence at a white nationalist rally in Charlottesville, Va. However, critics say the organization has falsely slapped the “hate group” label on non-violent groups who hold traditional beliefs about hot-button issues such as gay marriage and abortion.

SPLC: The most dangerous hate group in America

Posted on August 26, 2017 by ifnm| Comments Off on SPLC: The most dangerous hate group in America

Michael Brown on how organization violates its own criteria by demonizing others.

Which is more insidious, the enemy you recognize or the enemy that appears to be your friend? Which is more dangerous, a rag-tag bunch of poorly-funded white supremacists, or a well-organized, massively funded “civil rights” organization that demonizes Christian conservatives? And which lie is more likely to spread, one that is false from beginning to end, or one that mixes falsehood with truth?

Based on the obvious answers to these questions, it is the Southern Poverty Law Center, the SPLC, that is most insidious and dangerous, and it is the lies of the SPLC that are more likely to spread. The SPLC even has blood on its hands and by its own definition should be listed is a hate group (more on both claims below).

To give you an idea of just how dangerous the SPLC is, consider this recent headline from the San Diego Union-Tribune: “Eight hate groups are in San Diego’s backyard, civil rights organization says.”

Really? Eight hate-groups in San Diego’s backyard? How does that make you feel if you live nearby, and what protective action should you take? And who, exactly, are these groups?

Comments Off on SPLC: The most dangerous hate group in America

Something stinks about Charlottesville

Posted on August 18, 2017 by ifnm| Comments Off on Something stinks about Charlottesville

The reporting of Kessler’s background, as well as that of Charlottesville mayor and Democrat activist Mike Signer and Vice Mayor Wes Bellamy, has convinced me that Charlottesville was a Democratic Party black operation, planned, organized, and carried out to its successful conclusion, to make the media portray all these conservative whites as stupid, racist, and violent. I believe that it was done by this soulless young man, who succeeded in selling himself to the dumb-bunny right-wingers as one of them. 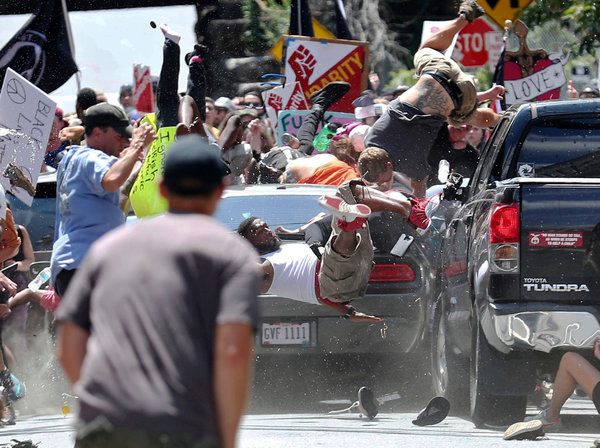 Evidence is turning up from, of all places, the Southern Poverty Law Center, as well as Breitbart and others, that this character, Jason Kessler, who organized the suspicious and supposed Alt-Right demonstration in Charlottesville, Va. that blew up in everyone’s face, is a cunning lefty holdover from the Occupy Wall Street movement and a former Barack Obama supporter. I smell Soros money, sabotage, and Democrat dirty tricks here.

I’ve been suspicious of the nature of the violence at this supposed Alt-Right demonstration since the news first began breaking. It is no secret that radical elements in the Democrat left have been routinely utilizing violence when it suits their purposes. We also know via secret tapings by Project Veritas that the Democratic Party has a semi-official director of dirty ops, Dick Creamer, who hires, trains, and emplaces professional disruptors to encounter, engage, and infiltrate conservative demonstrations to foment violence, assuring that the demonstrations then become the targets of negative media attention – naturally, against the conservative side. Creamer was caught on videotape boasting about his nefarious capabilities when he thought he was in friendly company.

Comments Off on Something stinks about Charlottesville

White supremacist and ‘Unite the Right’ leader, Jason Kessler, was once reportedly a supporter a former President Obama and the Occupy movement.

According to the Southern Poverty Law Center (an organization that is certainly no friend to Conservatives), Kessler revealed his political transformation around November 2016, the same month then candidate Donald Trump won the presidential election.

Rumors abound on white nationalist forums that Kessler’s ideological pedigree before 2016 was less than pure and seem to point to involvement in the Occupy movement and past support for President Obama.

At one recent speech in favor of Charlottesville’s status as a sanctuary city, Kessler live-streamed himself as an attendee questioned him and apologized for an undisclosed spat during Kessler’s apparent involvement with Occupy. Kessler appeared visibly perturbed by the woman’s presence and reminders of their past association.

Kessler himself has placed his “red-pilling” around December of 2013 when a PR executive was publicly excoriated for a tasteless Twitter joke about AIDS in Africa.

Maajid Nawaz: I’m Suing the SPLC for Defamation for Putting Me on Anti-Muslim Extremist List (Video)

Posted on June 25, 2017 by ifnm| Comments Off on Maajid Nawaz: I’m Suing the SPLC for Defamation for Putting Me on Anti-Muslim Extremist List (Video)

“You know who else lists heretics who are deemed to be speaking against the accepted custom within Muslim communities? The jihadists. We know what happens when you list heretics among Muslims in this way. They end up dead.” He added that groups like the SPLC are putting Muslim reformers in danger. On Friday’s broadcast of HBO’s “Real Time,” author, columnist, and former Islamic extremist Maajid Nawaz announced a defamation lawsuit against the Southern Poverty Lawsuit Center for listing him as an anti-Muslim extremist.

Nawaz said he is “sick to death” of “well-meaning white men” liberals “who decide that I am saying the — what they don’t agree with, don’t allow for me to say about my own community, my own religious heritage. And as a result, listed me as an anti-Muslim extremist. So, I’m going to take them to court for defamation.”

Host Bill Maher told Nawaz he’d like to be part of the crowdfund of Nawaz’s lawsuit.

Nawaz added, “I’ve memorized half of the Koran. I’m a Muslim. I’m born and raised Muslim to a Muslim. I’ve learned classical Arabic and spent time in prison as a political prisoner for what I then thought was my religion. I’ve changed my views as to the interpretation of my religion, and along come these people…and decide that I don’t have the right to speak about my own heritage and critique it from within.”

Comments Off on Maajid Nawaz: I’m Suing the SPLC for Defamation for Putting Me on Anti-Muslim Extremist List (Video)