Posted on October 18, 2015 by ifnm| Comments Off on German police chief reveals the destruction caused by the Mass Immigration agenda (Video)

The criminal mishandling of the ‘refugee crisis’ by the EU leadership threatens the very existence of our Europe and the welfare of British people.

Against the will of a great many Germans, Chancellor Angela Merkel has invited hordes of Muslim migrants from the Middle East and North Africa to swamp their country.

Don’t think that it’s just the problem for the German people… because Merkel is busy giving them all EU passports so they can travel to Soft-Touch Britain to claim every benefit that Cameron’s government can throw at them.

Posted on October 12, 2014 by ifnm| Comments Off on Karen Downes on Muslim rape gangs in Blackpool (Video)

Karen Downes, mother of murdered school girl Charlene Downes, highlights facts that were disregarded in the trial of the accused which resulted in renowned Muslim paedophiles walking away from court scot-free. 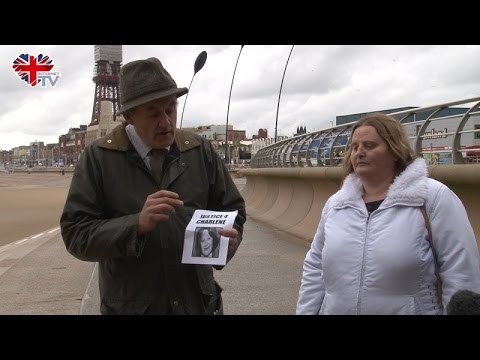 Labour’s Immigration Tsunami Exposed our Children to a Plague of Grooming Gangs!

This delighted Labour’s Muslim supporters, because they could now move their large extended families to Britain by simply arranging a marriage.

This was only the start of the New Labour Project, intended to radically change Britain’s population. Over the next 13 years the Labour government encouraged over five million, mostly Third World immigrants, to come to Britain.

In his Evening Standard article of the 23rd October 2009, Andrew Neather, an adviser to both Jack Straw and Tony Blair exposed the true sinister motive behind Labour’s mass immigration policy.

In 2000 Neather saw secret censored passages from a landmark report on immigration.

Once again, the French show how it’s done!

She`s so fed up with the image of countless numbers of African and Islamic immigrants massing around Calais aiming to illegally board trains and lorries to get into Great Britain, that the Mayor of Calais has had enough.

Natacha Bouchart has also accused a British anarchist network of being behind the growth in the town centre squats which have lead to ordinary French citizens feeling that they have no choice but to stay away from the town centre for their own safety.

In her anger, the Mayor has taken to Facebook in a bid to rouse the ethnic residents of Calais to help root out the hundreds of Africans and other immigrants from mainly muslim countries that are unlawfully hiding in unoccupied flats and houses.

She has created an e-mail address for residents to alert the police when the illegals take over a property, so that they can be quickly cleared out and the properties sealed off. She has also told the French Interior Minister Manuel Valls that the situation in the famous town has become intolerable.

She told him that the squats are “a plague which is spreading to the town centre disturbing the peace of residents and tarnishing the town`s image. It is scandalous that we live in a state where foreigners come here to disturb our town and our residents.”

She continued by saying that “The migrants fight amongst each other and we do not feel there is any security at all.” The Calais Mayor is blaming the anarchist network called No Borders, which ‘supports freedom of movement and resists migration control’, as being behind the huge growth in squatting that is now plaguing the famous French town.

Far left extreme political activists joined with African immigrants and so called asylum seekers demanding the right to live in Germany and stating “We are here to stay.”

They protested outside the Hamburg senate: Approximately 1000 people demonstrated for a different refugee policy – and demanded an end to the “raids” against the refugees from Lampedusa. We note and sure that you do, that so many of these so called asylum seekers are men under the age of 40.

At least ten police officers were slightly injured in riots that occurred during a protest against the refugee policy of the Socialist-controlled Hamburg Senate on Tuesday evening. Three activists were arrested for assault and resistance to the police, said a police spokesman on Wednesday.

With slogans like “No human being is illegal – the right to stay for all – everywhere” around 1000 participants, mainly from the left-wing spectrum, attempted to march through the city in an unregistered demonstration. Almost 1100 police officers were deployed.

And we thought that Britain was politically correct!

But one young Polish artist has found out that mentioning and publishing the truth is a dangerous thing. In the ancient German city of Danzig, known as Gdansk after WW1 and Polish since 1945, a talented student at the city’s Academy of Fine Arts named Jeremy Szumczyk produced a sculpture marking the rape of millions of Polish and German women during the last period of World War 2 by Communist troops with the knowledge Communist officials.

The statue that shows a Soviet soldier raping a pregnant women as he holds a gun to her head has been removed and the artist arrested by authorities in northern Poland at the weekend. Artist Jeremy Szumczyk told Polish radio that he had researched the subject of rape by the Red Army as it made its way across Eastern Europe between 1944-1945 towards Berlin.

He stated that he was so emotionally affected by what he read he felt compelled to express his feelings through art and created the sculpture.
The fact is that this young man actually learnt the awful truth, one that is still a topic not openly disgusted by the winning powers.

As we are told, it is the victors who write the history.
Police spokeswoman Aleksandra Siewart said; “The artist was detained and released after questioning. The matter will now be taken up on Monday by the prosecutor’s office.”

The artist’s attempt to pay tribute to the victims was short lived and the statue was removed quickly.
This after thousands upon thousands of women were mass raped by Communists troops and Officers in the same city.

Send Roma back to the border, French Ministers call

France’s Interior Minister Manuel Valls has called for the majority of Roma who have moved into France to be deported. Mr Valls said; “The majority must be returned to the borders. There is no other solution.” He added “that few Roma could ever integrate into French society.”

His stance has drawn criticism from human rights campaigners and the European Commission. Amnesty International is now calling for a ban on forced evictions of Roma people in France. It says that more than 10,000 Roma were evicted from camps (no doubt shanty towns) during the first half of this year.

The brave French Minister has said what many French people we believe feel about the influx of Roma.

Only this year a German left-wing mayor warned Europe of what happens when a concentrated group of Roma appear in your town.

He explained that his once peaceful small town had turned into a town with a huge increase in crime, litter, prostitution and housing shortage.

Polls suggest that Mr Valls is a rising star in the French Socialist government and he has said that he saw no reason to correct comments that Roma lifestyles were “clearly in confrontation” with French ways of life.

As a member of the European Parliament, Nick Griffin MEP has been asked by the committee to nominate the next recipient of the International Charlemagne Prize of Aachen.

The International Charlemagne Prize of Aachen is apparently the “oldest and best-known prize awarded for work done in the service of European unification”. The idea was started in 1949 by the citizens of Aachen, and the first prize was awarded in 1950. Among the 50 recipients are Bill Clinton, Pope John Paul II and Jean Monet.

Below is Mr Griffin’s response to the committee:

Thank you for your invitation to nominate this year´s recipient of the International Charlemagne Prize of Aachen for outstanding achievements in the promotion of European Integration.

I note that the first recipient of your prize, back in 1950, was Richard Graf Coudenhove-Kalergi. As you are of course aware, Coudenhove-Kalergi notably promoted not only European Union but also a genocidal scheme to promote mass immigration, integration and the consequent replacement of the indigenous peoples of Europe with a Negroid-Asian-European hyrbrid population, lauded over by a specially preserved Jewish master race.

I therefore think that the time is long overdue for you to recognise the outstanding contribution to European unity of the man who first promoted the concept of the European Economic Community, back in 1943. He also had a master race theory and stands accused of genocide, but as it didn´t stop you honouring Coudenhove-Kaler, I assume that these are points in favour of the nomination rather than negatives.

I therefore proposed that, in honour of his launching the concept of the EEC seventy years ago this year, you should award the Prize posthumously to Heinrich Himmler.