Posted on December 25, 2017 by ifnm| Comments Off on Actress inspires students to value the Constitution (Video)

Actress Janine Turner talks about how her Fort Worth upbringing shaped her love of the Constitution and why she decided to start the Constituting America non-profit.

Actress and “Fort Worth girl” Janine Turner loves the U.S. Constitution so much that she started a nonprofit foundation to educate Americans about the rights and freedoms that document guarantees.

On a cold December day in front of Southlake Town Hall, Turner posed for photos and presented awards on behalf of her foundation, Constituting America, to local students and a teacher.

“It’s an amazing document that some people want to throw out, but if there’s something you don’t like about the government, you can actually amend the Constitution,” Turner said. “People have forgotten they have the power to make that kind of change.”

Turner, an Emmy-nominated actress best-known for the ’90s hit “Northern Exposure,” still acts but devotes much of her time to educating others about the Constitution and raising her daughter, Juliette Turner, who is the executive director of the foundation.

Comments Off on Actress inspires students to value the Constitution (Video)

Posted on September 23, 2017 by ifnm| Comments Off on Actress Janine Turner Criticized for Teaching the Constitution

Because this is the stuff we should be protecting our children from.

Actress Janine Turner, known for her role as Maggie O’Connell in the hit television series Northern Exposure, has a passion: teaching schoolchildren about the Constitution. Apparently, that endeavor is quite offensive to some.

After speaking to students at Eubanks Intermediary School in Texas on September 12, Turner was met with accusations from parents of providing “inappropriate” materials, having been the target of derisive opposition from a former board member who has pressed the school to issue an apology for having invited her.

A statement from Carroll Independent School District (ISD) was subsequently sent to parents, alerting them that the Hollywood veteran had provided students with “materials that included inappropriate topics and content for fifth and sixth graders.”

The material in question was an 11-page research paper which, according to Turner, featured “one paragraph…highlighting an example of a poor, voluminous and incoherent bill,” in which the words “sexual trafficking” and “abortion” appeared.

Comments Off on Actress Janine Turner Criticized for Teaching the Constitution

Wake up and smell Sanders’ burning of America by Janine Turner

Posted on February 20, 2016 by ifnm| Comments Off on Wake up and smell Sanders’ burning of America by Janine Turner

“I think Bernie will win the whole thing. Think not? Read my thoughts here.” Janine Turner

Vermont Sen. Bernard Sanders, the self-described democratic socialist, is going to win the 2016 general election if all those who care for America do not wake up and smell the Sanders’ burn. He is absolutely on fire. And the American dream, the American hope, the American economic engine, the American employment rate, the American military, the unparalleled American health care will all go up in flames. The United States of America will simply implode. It is the sacking of Troy. This is a really good time for everyone to run, not walk, to buy a copy of Ayn Rand’s “Atlas Shrugged” and read it — quickly.

Most businesses will leave. Corporations — which actually employ people — will be crippled and unable to hire. Unemployment will skyrocket. Those kids who got their free college education will wander the abandoned streets with a tin can wondering where all of that Bernie Banter got them. During a GOP debate, New Jersey Gov. Chris Christie put it best. They tried taxing all the millionaires in New Jersey, and they left New Jersey — taking the jobs with them.

When our stock market and already fledgling economic engine grinds to a regulated halt, we will become even more insolvent and our national debt will swallow us up like the two black holes recently spotted in space devouring each other. There will be no people to tax. Entitlements will be bankrupt. There will be no free anything because there will be no money.

Posted on October 13, 2014 by ifnm| Comments Off on Actress Janine Turner stands up for Constitution

Refuses to ‘sit in a corner and keep my mouth shut’ any longer! Award-winning actress Janine Turner has overcome daunting battles: alcoholism, single motherhood, a failed engagement to notorious Hollywood liberal Alec Baldwin and the scorn of the entertainment industry when she backed McCain/Palin in the 2008 presidential election, to name a few.

But now the former star of TV’s “Northern Exposure” is fighting a new battle: An effort to save America’s republican way of government by educating its citizens about the wisdom and critical need for the U.S. Constitution.

In an exclusive interview, Turner, author of “A Little Bit Vulnerable: On Hollywood, God, Sobriety & Politics,” told WND she’s been passionate about American government since childhood.

“When I was in third grade, I looked up at my father, who was a West Pointer, one of the first to fly twice the speed of sound in the 1950s,” Turner recalled. “We talked politics a lot, and I looked up at 8 years old and asked my father, ‘If our Founding Fathers were to come back today, what would they be most disappointed about?’ What kind of 8-year-old asks that question?”

Comments Off on Actress Janine Turner stands up for Constitution

Posted on October 8, 2014 by ifnm| Comments Off on Janine Turner’s Wild Ride from Baldwin’s Girl to GOP Darling (Video)

Janine is not shy in her distaste for liberals and believes intolerance from the left is the same as it was 30 years ago, when she was the toast of Hollywood. Alec Baldwin’s left-leaning pals had no use for his former fiancée Janine Turner — and would promptly tell her to shut up when they talked politics, the “Northern Exposure” actress tells Newsmax TV.

“There are a lot of good people in Hollywood and it’s been good to me. I’ve managed to work in Hollywood, but I wish I was never part of that hip crowd,” Turner, a staunch conservative, said in an interview this week on Newsmax’s “The Steve Malzberg Show.”

“During my Alec Baldwin days, when I was engaged to him, I would sit around in those tables and be told to be quiet – not by Alec.”

Turner, who was set to wed the hot-headed “30 Rock” star and card-carrying liberal in 1983, has dated some of nation’s hunkiest celebrities, including Mikhail Baryshnikov, Sylvester Stallone and Troy Aikman.

While she never married, the Nebraska-born beauty has a 16-year-old daughter, Juliette, whose father she has never publicly named — although gossips suspect is the son of a well-known businessman.

Over the years, Janine has made no secret of her political beliefs, campaigning for vice-presidential candidate Sarah Palin in 2008, speaking at the 2012 Republican National Convention and writing political essays.

Posted on September 28, 2014 by ifnm| Comments Off on What It Was Like Being Engaged to a Hollywood Liberal by Janine Turner

Once, in the land of Los Angeles, I was engaged to a Hollywood liberal. Alec Baldwin was his name and the time was 1982 to 1983. Alec was charming and funny and quite persuasive. I loved him and consider him a friend today.

The church had already been booked for our wedding, the dress purchased and the invitations addressed when we mutually decided to cancel the wedding. Heartbreak of enormous proportions ensued.

Political discussion was a challenge, however. When I was in the early stages of dating Alec, I read an article by William Safire. In the article he called for young Republican leaders to step forward and be of service. Enthralled, I called Alec and told him how inspired I was. There was a long pause on the phone. “You’re a Republican?” “Yes,” I responded enthusiastically. He then muttered something along the lines that he would try to not hold it against me.

As a young twenty year old, I sat around dinner tables in Hollywood and experienced zero tolerance for any of my beliefs or political perspectives. I liken it to being put in a corner wearing a dunce hat. (I want to make clear that I am not singling out Alec in this regard.)

Posted on August 30, 2014 by ifnm| Comments Off on Janine Turner Taking on Progressive Democrats, Liberals in Book (Video)

Actress and radio talk show host Janine Turner tells Newsmax TV’s “America’s Forum” Friday that she wrote her new book, “A Little Bit Vulnerable: On Hollywood, God, Sobriety & Politics,” to share her life experiences and to take on progressive Democrats and liberals, and even some Republicans.

Comments Off on Janine Turner Taking on Progressive Democrats, Liberals in Book (Video)

Legislators Are Digging Their Own Grave, Taking Us Down with Them by Janine Turner

Why are House and Senate members surrendering so much power to the executive branch?

Our founders knew firsthand how the lust for power corrupted human rights. They knew that, to quote James Madison, “men are not angels.” Thus, they created a government of checks and balances that would keep tyranny at bay. According to the Constitution, one branch of government can never usurp the other and no one branch can be autonomous.

There has been, and is, a faction amongst us that wants to change the fundamental structure of these checks — the progressives. The progressives don’t want a multi-tiered, self-checking and self-limiting government. They want an all-powerful, singular nexus of decision-making in the executive branch, free from checks and balances.

American progressives are savvy and cunning. They know that Americans will never willfully accept tyranny or a lustful tyrant. Thus, the progressives set forth, over one hundred years ago, to accomplish their goals in an underhanded manner – slowly, steadily, stealthily. Their mission is a progression away from three branches of government to one autonomous branch — in other words, tyranny/big government. 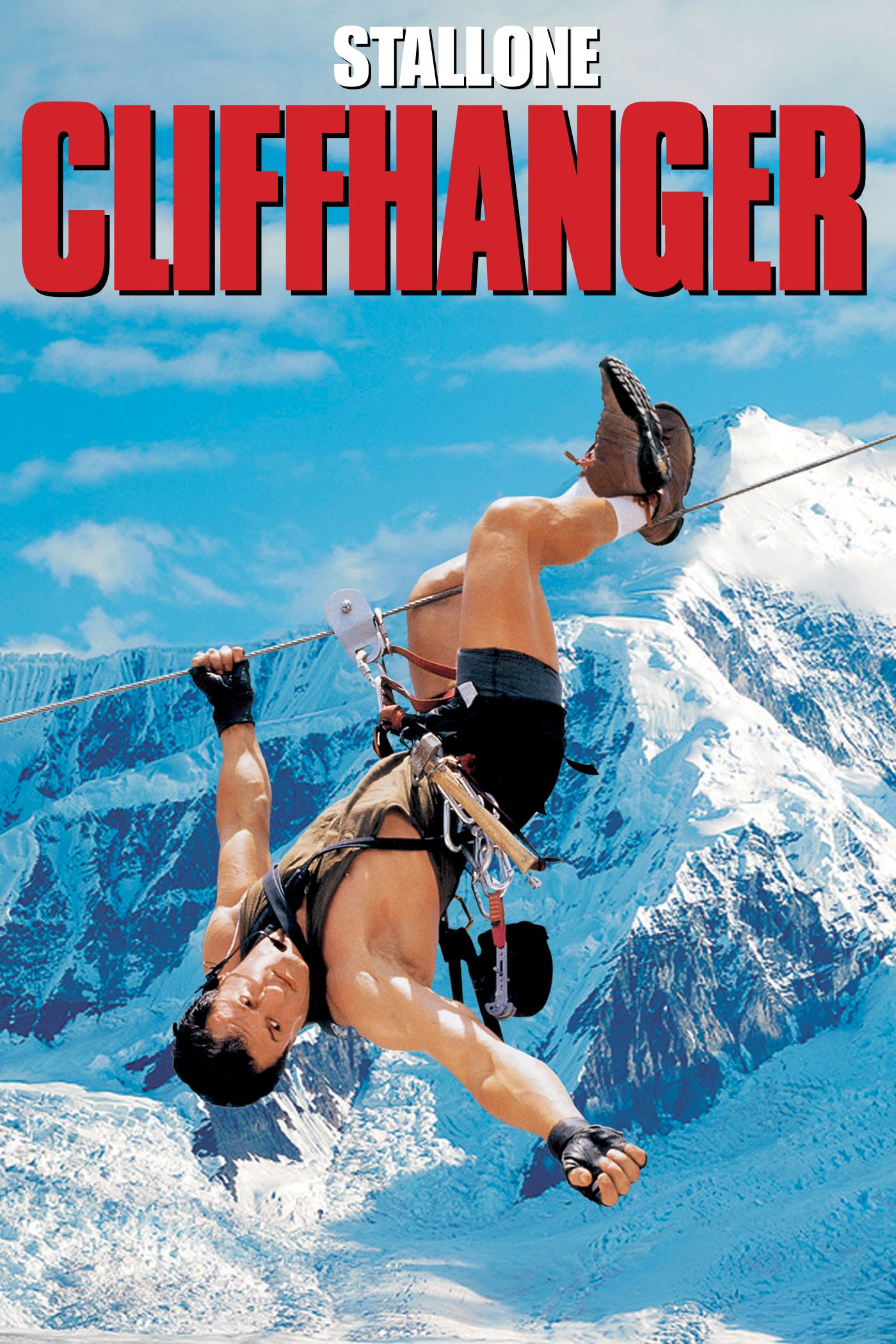 Will Women Sacrifice Our Republic for Sex? by Janine Turner

Sex is the sexist target of the Democrats. As the polls continue to reflect, female voters have significant sway in the election process and in election results. Women proved to be the final contributing factor in Terry McAuliffe’s victory as the new governor of Virginia Tuesday night. The margin was incredibly slim, yet it was women who carried the day for McAuliffe and for the Democrats’ agenda — an agenda which ironically handcuffs women and the women’s movement. The Democrats’ promise of independence for women is an empty promise.

As we approach two pivotal elections in 2014 and 2016 it’s rather vital for the survival of our democratic republic that women pay heed to the fact that not all forms of independence stem from the womb. This womb jerk reaction in the voting booth is a response upon which the Democrats rely. They hold the baby rattle over women’s heads to distract them from the true intention of the party. Dependence. This is a deception dripping in irony because women have fought for centuries for independence of mind and spirit.

The Democrats are ignoring women as a complete soul — one of intellect, courage, talent, and leadership — and focusing on the age-old tradition of treating women as sexual objects.

Haven’t we been trying to prove for centuries that we are more than our bodies? Yet this is the sole focus of the Democrats’ campaign for women — because it’s the only one they have — their reproductive organs.