Posted on August 15, 2017 by ifnm| Comments Off on Scott Baio Calls Republicans ‘Worthless’ During Appearance on Tony Katz Today

Just once I want the Republican party to shut up … back the President [and] stop going after him on every single thing that he does.

Outspoken conservative and former star of “Happy Days,” Scott Baio is fed up with congressional Republicans, calling them ‘worthless’ and emphatically stating it’s time for the GOP to put aside personal politics and stand behind President Trump for the good of the country.

In an interview with WIBC host Tony Katz, Baio was especially critical of Republicans’ epic failure on ‘repeal and replace.’

I don’t know how votes and how many bills the house has passed to repeal Obamacare, [but] they were all just a ruse to get votes. And I just personally believe that the Republican party and the Democrat party are one in the same.

…Paul Ryan, he’s just a RINO to me, so is Mitch McConnell. [And] I truly believe that the reason they don’t want to help President Trump is because if he succeeds, they all look like fools. So why would you want to help that guy? As opposed to saying, ‘Hey, this guy just gave us the House and the Senate, and we have so much power now. Let’s use it to show that Conservatism works.’ [But] they just can’t seem to get out of their own way. They don’t want [Trump] to succeed; they don’t like him. 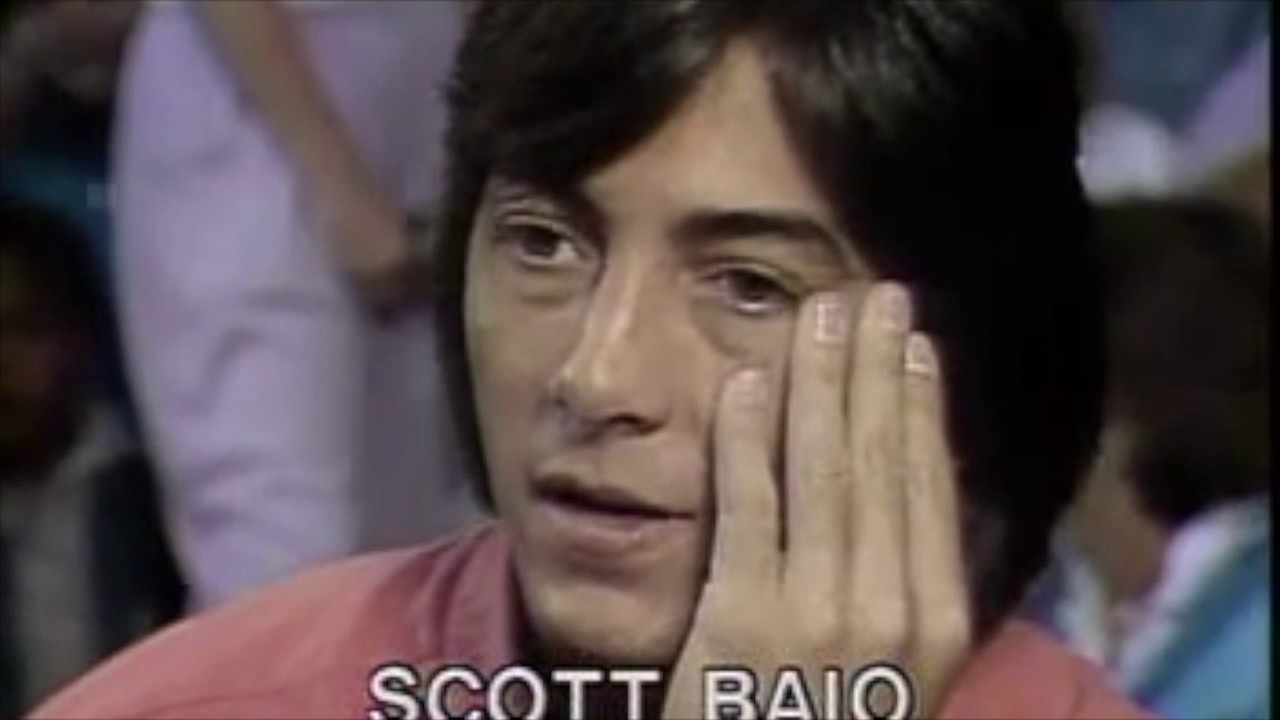 Posted in Film Clip of the Day, Scott Baio Comments Off on Scott Baio: ‘If These Illegals Were Voting Republican There’d Be a 200-Ft Wall Down at the Border’ (Audio)

Posted on December 17, 2016 by ifnm| Comments Off on Scott Baio: Wife of Red Hot Chili Peppers Drummer ‘Attacked’ Me Over Trump The alleged accident occurred Saturday night during an event at the elementary school both Mack and Baio’s children attend.

Baio has filed a police report, according to TMZ, in which he claims Mack was “berating and cursing” at him. The report says Mack shouted “Grab ’em by the pussy” while grilling Baio about how he could support a man who’d made lewd comments about women.

Baio was a vocal celebrity surrogate for Trump’s campaign and spoke at the Republican National Convention in July.

Ignoring Baio’s requests that she stop screaming at him, Mack, allegedly grabbed the Happy Days star under his arms and began shaking and pushing him.

Mack’s explanation, according to TMZ sources, is “she was merely trying to show Baio how Trump hugs women and denies any intentional physical aggression.”

Comments Off on Scott Baio: Wife of Red Hot Chili Peppers Drummer ‘Attacked’ Me Over Trump

Posted on October 5, 2016 by ifnm| Comments Off on Scott Baio on “Between Two Ferns” Clinton Skit (Video)

Scott Baio, actor and Trump supporter, weighs in on Hillary Clinton’s appearance on the comedy skit ‘Between Two Ferns.’

Scott Baio defiant over Trump support and RNC speech: ‘I do not care if I ever work again’

Posted on August 8, 2016 by ifnm| Comments Off on Scott Baio defiant over Trump support and RNC speech: ‘I do not care if I ever work again’

Actor Scott Baio is defiant over his decision to speak at the Republican National Convention two weeks ago and says that if Hollywood turns on him for supporting Republican nominee Donald Trump, “I don’t care.”

In an interview with the Hollywood Reporter, the erstwhile Happy Days cast member said that if people are angry with him for his conservative views, “I don’t care. I genuinely, in my heart, do not care if I ever work again. I don’t care. I’m comfortable and I’ve got a great life, but If I don’t have a country that is recognizable to me, I’ve got nothing.”

At another point in the interview, he said, “The world is on fire. Nothing in this country is going in the right direction. They say Trump’s temperament is bad, and my response is, ‘Well, let’s see. Obamacare is a disaster. Immigration is a complete mess. People are coming here illegally from Muslim countries that want to kill us, the economy’s in the toilet and 95 million people are out of work. ISIS is cutting the heads off of people but Hillary and Obama’s temperament is great, so I’m happy about that.’ You need to write sarcasm next to the sentence.”

Comments Off on Scott Baio defiant over Trump support and RNC speech: ‘I do not care if I ever work again’

Posted on July 20, 2016 by ifnm| Comments Off on Scott Baio slaps MSNBC anchor with facts (Video)

Actor reminds her of Obama’s ‘If they bring a knife to the fight, we bring a gun’ MSNBC host Tamron Hall MSNBC lashed out at actor Scott Baio at the Republican Convention in Cleveland on Tuesday for what she clearly considers inappropriate social media messages in the political arena, demanding to know whether they represent the “moral compass” that Biao wants to present.

But the confrontation clearly turned in an unwelcome direction for her when Baio cited President Obama’s “gun” quote.

“That’s absolutely not true,” she claimed.

Baio had said, “You want me to be sweet and gentle to a man, a president, who says if they bring a knife to an argument, you bring a gun. That’s what President Obama said.”

Scott Baio at RNC: Being an American ‘Doesn’t Mean Getting Free Stuff, It Means Sacrificing’ (Video)

Posted on July 19, 2016 by ifnm| Comments Off on Scott Baio at RNC: Being an American ‘Doesn’t Mean Getting Free Stuff, It Means Sacrificing’ (Video)

Actor Scott Baio spoke in support of presumptive GOP presidential nominee at the Republican National Convention on Monday, focusing his brief speech on what it means to be an American. The 55-year-old actor, perhaps best known for his role on the sitcom Happy Days, began his remarks by thanking the veterans who have served in the United States military, in keeping with the evening’s theme of “Make America Safe Again.”

“I can’t tell you how much of an honor it is to stand up here and talk about a man that I trust with the lives of my family and the health of our country,” Baio said.

“America is an easy place to get to. But for you first-time voters, it’s important for you to know what it means to be an America,” the actor continued. “It doesn’t mean getting free stuff. It means sacrificing. Winning. Losing. Failing. Succeeding. Sacrificing. And sometimes doing the things you don’t want to do, including the hard work, in order to get where you want to be. And that’s what it means to be an American.”

Baio went on to warn that America is in a “very bad spot” in which all the things that Americans hold dear “are being attacked every single day.”

Comments Off on Scott Baio at RNC: Being an American ‘Doesn’t Mean Getting Free Stuff, It Means Sacrificing’ (Video)

Posted on July 17, 2016 by ifnm| Comments Off on Judge Jeanine Pirro – Scott Baio To Speak At Republican National Convention (Video)