Posted on May 4, 2021 by ifnm| Comments Off on Biden’s immigration plan would add 37 million new immigrants over 10 years (Video)

Pres. Biden’s immigration proposal — the U.S. Citizenship Act — result in the largest immigration expansion in U.S. history. The bill would result in 37 million green cards issued to new immigrants over the first decade — nearly 4Xs the number from any decade in history.

“In Europe and America, the birth rate of whites has fallen very seriously. Is this the result of the genocide policy pursued by their leaders?” asked Ambassador Dr Zhao Yongchen.

The claim was made in response to U.S. national security advisor Robert O’Brien’s assertion at an Aspen Institute event that, “If not a genocide, something close to it going on in Xinjiang.”

O’Brien cited seizures by U.S. customs of “massive numbers” of hair products made with human hair from the region.

“The Chinese are literally shaving the heads of Uighur women and making hair products and sending them to the United States,” he said.

Ambassador Dr Zhao Yongchen shot back on Twitter by claiming that western leaders were overseeing an indirect policy of genocide against their own population.

“In Europe and America, the birth rate of whites has fallen very seriously. Is this the result of the genocide policy pursued by their leaders?” asked Yongchen.

A leading United Nations speaker, Oscar-winning Woodstock Director Michael Wadleigh, called for radical reduction of the human population–especially among white people. The reason why it is so important to reduce the population of Europeans and their descendants is because their nations are more developed and they consume more resources. Even Scandinavia and Sweden are destroying the planet, he said, warning that average Swedes consume 40 times more than average Tanzanians. As for the solution: “Don’t have children–and I’m looking at you, white man,” he told The New American.

Packing up and moving out: People are leaving California in droves, including some High Desert residents

Posted on February 15, 2018 by ifnm| Comments Off on Packing up and moving out: People are leaving California in droves, including some High Desert residents

“My wife couldn’t even go shopping at Winco without being accosted,” he said. “Something has to change when you don’t feel safe in public.”

Billy Joel’s classic tune “Movin’ Out” could be an appropriate theme song for the many individuals in the High Desert and California who have packed up and relocated to places like Oregon, Michigan, Arizona, Texas and Idaho.

The Golden State continues to rank No. 1 as the state that has waved goodbye to more residents, about 143,000 last year, than welcomed those who have moved here, according to a U.S. Census Bureau report.

And despite the state losing 3.5 million people to other states from 2010 to 2015, many demographic experts said there is no mass exodus from California.

But this story is not so much about the amount of Californians leaving, but about why so many longtime High Desert residents have moved out of the Victor Valley.

Mike and Velvet Ambuski from Hesperia are among those who have relocated because they wanted to live in an area with less crime, better jobs, friendlier people, improved services, less traffic and a more politically conservative atmosphere.

The Ambuskis began their relocation road trip two weeks ago when they drove from California to Velvet’s home state of Michigan, a move Mike Ambuski calls, “One of the best things we’ve ever done.”

Comments Off on Packing up and moving out: People are leaving California in droves, including some High Desert residents

The country running out of space for its millionaires

Posted on February 7, 2018 by ifnm| Comments Off on The country running out of space for its millionaires

What do you do when you’re the ruler of a country that runs out of space for its super rich?

Imagine a pint-sized country – less than a square mile in size (2 square kilometres) – with sun-drenched, quiet streets, no dog poo and no income tax to pay. A place where motor racing and yachting are the national pastimes and people hop into a helicopter to get from A to B instead of hailing a taxi.

Now imagine that one in three of the people who live there are millionaires – often many times over.

This little oasis has, in fact, become such a magnet for millionaires that many more want to relocate to its sunny shores. So, the local authorities have taken the radical step of allowing the construction of artificial islands out across the sea to house them all.

Sounds too bizarre to be true, but perched on the picturesque cliff tops of the French Riviera, such an odd place does exist.

It’s the tiny principality of Monaco – millionaire hub of the world, with the highest number of millionaires per capita.

If you drive along the Mediterranean coast of France, glimpses of pebbly beaches dotted with sun-bleached umbrellas poke though the cypress trees.

Posted on February 7, 2018 by ifnm| Comments Off on Sir David Attenborough on Overpopulation (Video)

What do you think? 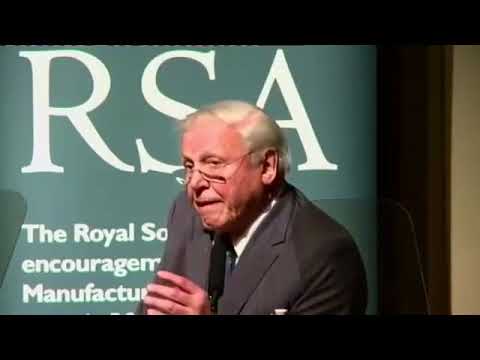 Comments Off on Sir David Attenborough on Overpopulation (Video)

Posted on January 1, 2018 by ifnm| Comments Off on SoCal Still Swapping Residents for Aliens at Very Fast Pace The combined population of Los Angeles, Orange, Riverside and San Bernardino counties at June 30 was 18.03 million. That amounted to a 12-month population growth of 128,552, or just 0.72 percent, according to the California Department of Finance. That was up from 94,828 in the prior 12-month period.

The big population changes were due to migration. SoCal’s resident population experienced a “net domestic outmigration” of 64,953 for the 12-month period, down from 86,367 for the prior period. About 85 percent of California’s outmigration was concentrated in the middle 20 percent income bracket and the next lower quintile. The Independent Institute Center on Entrepreneurial Innovation found that middle-class outmigration may be explained by California falling to the second-least economically free U.S. state, with a score below that of Mexico.

Posted on December 23, 2017 by ifnm| Comments Off on Idaho officially earns the title of nation’s fastest-growing state, Census Bureau says

Idaho was the only state to top 2 percent growth, according to the data. Trailing Idaho in percentage population growth were Nevada (2 percent growth); Utah (1.9 percent); Washington (1.7 percent); Arizona (1.6 percent); and Texas, Washington, D.C., Colorado and Oregon (1.4 percent each).

Idaho’s population increased enough in the past year to earn us the title of nation’s fastest-growing state, according to data released Wednesday by the U.S. Census Bureau.

“Domestic migration drove change in the two fastest-growing states, Idaho and Nevada, while an excess of births over deaths played a major part in the growth of the third fastest-growing state, Utah,” said the Census Bureau’s Luke Rogers, Chief of the Population Estimates Branch, in a release.

It’s not the first time our state’s growth has made the Census Bureau’s top 10 list in percentage increases. In January 2016, the Bureau announced that Idaho’s population increased 1.2 percent. The previous year, Idaho grew by 1.4 percent. In all, Idaho has accrued nearly 200,000 new residents since 2010, when the state’s population was just over 1.5 million.

Wilders: The Pew Report on Muslim Migration to Europe is a Wake-up Call — It is Time to Get Tough

Posted on December 11, 2017 by ifnm| Comments Off on Wilders: The Pew Report on Muslim Migration to Europe is a Wake-up Call — It is Time to Get Tough

The bell is tolling for Europe. All the warning signs are turned on red. A demographic catastrophe is in the making. If Europe fails to make a stand, its Judeo-Christian civilization is about to be blown away. Last week, the renowned Pew Research Center published updated figures about the growing Muslim population in the broader EU region (i.e. the 28 European Union member states plus Switzerland and Norway). The figures are truly dramatic. Unless there are radical changes to the present policies towards immigration, 30.6% of the population in Sweden will be Islamic by the middle of the century. Sweden is as good as finished.

But the situation elsewhere is hardly better. 19.7% in Germany, 18% in France, 17.2 % in Britain, and 15.2% in the Netherlands. This is what Pew expects to happen if the migration patterns continue at the 2014-2016 levels. Pew also calculated what will happen if the current refugee crisis comes to an end but regular immigration continues at present level.

Comments Off on Wilders: The Pew Report on Muslim Migration to Europe is a Wake-up Call — It is Time to Get Tough

“You got drugs coming across the border, human trafficking. They can talk a good game how they’re pro-women, we’re all about women … I can tell you who doesn’t have any reproductive rights right now — that’s Kate Steinle and a lot of people like her.”

Saturday on Fox News Channel’s “Watters World,” Fox News Channel host and conservative radio talker Laura Ingraham offered her theory on why Democrats were unwilling to support a border wall and were for sanctuary city policies, especially in the wake of the verdict from a San Francisco jury that found illegal alien Jose Ines Garcia Zarate not guilty for the killing of Kate Steinle.

Ingraham told host Jesse Watters much of it has to do with Democrats seeking a demographic shift that is more in line with their policies.

WATTERS: Why don’t Democrats want a wall and why do they want these sanctuary city policies? What is the real reason?