Why is @TeamYouTube Censoring My Videos and Cutting my Subscribers? by Mike Cernovich

Posted on January 14, 2018 by ifnm| Comments Off on Why is @TeamYouTube Censoring My Videos and Cutting my Subscribers? by Mike Cernovich

If YouTube doesn’t fix my channel immediately, we will be holding a march and a free speech rally in front of YouTube Headquarters.

YouTube unsubscribes people during my streams, and manipulates my video results.

In April 2017 I began developing my YouTube channel in earnest. My subscriber count quickly doubled, and on some days I gained close to 2,000 subscribers.

Then YouTube began manipulating my channel, and started unsubscribing people. As you can see on this chart, I went from gaining 1,780 subscribers on one day to losing 45 the next, and it’s been all downhill since.

My live streams went from having around 1,800 simultaneous viewers to have 10 or 20. That’s not a typo, and this drop happened overnight.

I stopped streaming on YouTube as it wasn’t worth my time.

Now I have new tech, which allows me to easily stream to all channels simultaneously. I’m back on YouTube.

Today I only had 55 people watching my live stream. I didn’t forget to add a zero, that’s fifty-five. 55 people out of over 65,000 subscribers were watching live? How does this make sense?

Comments Off on Why is @TeamYouTube Censoring My Videos and Cutting my Subscribers? by Mike Cernovich

Posted on January 8, 2018 by ifnm| Comments Off on Update | The Biggest Party of The Year – A Night For Freedom (Video)

Mike talks about the biggest party of the year. A Night For Freedom.

Event: A Night For Freedom with Mike Cernovich

Posted on January 6, 2018 by ifnm| Comments Off on Event: A Night For Freedom with Mike Cernovich 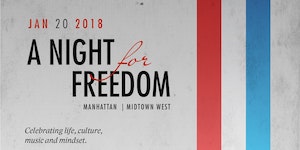 There aren’t enough events happening in our community, and most of the stuff happening on the left, right, or center is boring….It’s a bunch of people sitting around at tables of 10-12 people eating bland food while a speaker drones on in front of a podium. There’s no vibe or excitement.

We want to give you an opportunity to hang out in an environment where free speech and open inquiry are welcome…and then have a huge party.

Comments Off on Event: A Night For Freedom with Mike Cernovich

Posted on December 19, 2017 by ifnm| Comments Off on YouTube Temporarily Bans Europeans from Viewing Cernovich Documentary on Migrant Rape Crisis

YouTube banned Mike Cernovich’s documentary on Sweden’s refugee crisis from being viewed in European countries, then restored the video but placed it in “YouTube Jail,” disabling comments and sharing, while adding a warning message to viewers. Cernovich shared the email from YouTube that informed him his documentary, Invasion! How Sweden Became the Rape Capital of the West, which was published in March, would be censored in Europe on Thursday.

My documentary on Sweden, which has no nudity or foul language, has been banned in the EU.

– No explanation given
– No legal right to appeal
– No due process#NetNeutrality is a scam, social media companies do not support a free and open internet.https://t.co/MTVlWmsqnq pic.twitter.com/SVpvUdKuNM

Posted on December 9, 2017 by ifnm| Comments Off on How I Forced the Entire Mainstream Media to Admit they are Hypocrites – Mike Cernovich

Journalists are claiming it’s unfair to publicize their Tweets, which they’ve done to others for years.

“Weaponized Outrage Is a Threat to Free Speech,” read one headline in the New Republic, with Slate breathlessly reporting, “He was Fired for a Tweet.” CNN claimed it was cowardly for MSNBC to fire a contributor for a “joke” Tweet, which I’ll quote in full: “Dont care re Polanski, but i hope if my daughter is ever raped it is by an older truly talented man w/ a great sense of mise en scene.”

Not one mainstream publication has made the case that even if Sam Seder was joking, some subjects?—?such as child rape?—?shouldn’t be satirized. In a move suggesting everyone in the mainstream media thinks the same way, they came out in support of free speech.

Cernovich: We Exposed Hollywood, Now We Will Expose Congress (Video)

Posted on November 27, 2017 by ifnm| Comments Off on Cernovich: We Exposed Hollywood, Now We Will Expose Congress (Video)

Comments Off on Cernovich: We Exposed Hollywood, Now We Will Expose Congress (Video) Mike Cernovich will be discussing the rise of alternative media at Columbia University in New York on October 30th.

Comments Off on Mike Cernovich- The Rise of Alternative Media – October 30, 2017