A white-out of whites: Ignoring the albino, dhimmi elephant in the room

Posted on May 29, 2021 by ifnm| Comments Off on A white-out of whites: Ignoring the albino, dhimmi elephant in the room

Prior to being shot in the head this week by four brothers in a melee at a wild party, Sasha Johnson, of the British chapter of Black Lives Matter, had big plans for whites.

Johnson had been “calling for a ‘racial offenders register’ that would see those guilty of ‘microaggressions’ banned from living in multicultural communities and prevented from working in certain industries.”

“If you live in a majority-colored neighborhood you shouldn’t reside there because you’re a risk to those people – just like if a sex offender lived next to a school he would be a risk to those children,” she fulminated.

Johnson’s call for a “racial offenders register” for whites is a perfectly pragmatic application of the Critical Race Theory rot.

Comments Off on A white-out of whites: Ignoring the albino, dhimmi elephant in the room

Why hatred of whites is here to stay

Posted on November 10, 2017 by ifnm| Comments Off on Why hatred of whites is here to stay Not so long ago, mere mention of the deliberate murder of whites in South Africa – country folk and commercial farmers, in particular – was called “racist.” “Raaacist!” the media collective brayed when candidate Trump retweeted a related “white genocide” hashtag.

It’s still “racist” to suggest that the butchering of these whites, almost daily, in ways that beggar belief, is racially motivated. Positively scandalous is it to describe the ultimate goal of a killing spree, now in its third decade, thus: the ethnic cleansing of whites farming South Africa from land the community has cultivated since the 1600s.

Be thankful for small mercies: At least the international media monopoly is finally reporting facts, such as that just the other day Andre and Lydia Saaiman, age 70, were hacked to death in Port Elizabeth. (Imagine being chopped up until you expire.)

Or, that the elderly Bokkie Potgieter was dealt a similar fate as he tended his small, KwaZulu-Natal holding. Potgeiter was butchered during the October “Black Monday” protest, which was a nationwide demonstration to end the carnage. Internationally reported as well were the facts of Sue Howarth’s death. The 64-year-old pharmaceutical executive was tortured for hours with … a blowtorch.

Comments Off on Why hatred of whites is here to stay

Posted on January 18, 2017 by ifnm| Comments Off on Faking History To Make The Black Kids Feel Good by Ilana Mercer

According to Afrocentric academic Cheikh Anta Diop—a Senegalese with considerable celebrity in the US—Africans invented everything from Judaism, to engineering, to astronomy, including dialectical materialism (apparently Marxism is cause for inventor’s pride). A known quantity in the faking department is Rev. Al Sharpton. In a video that gets considerable play on TV, Sharpton informs a rapt audience that “white folks” were cave dwellers when blacks were building empires and pyramids; teaching philosophy, astrology and mathematics. “Socrates and them Greek homos” were mere copycats, aping black civilization.

As revealed in “Helping The Sharpton and Obama Afrocentrism ‘Fade to Black,’” this mythistory has a presence in America’s schools, tertiary and secondary.

By now we know that mass media and government under both national parties routinely generate fake news to achieve political ends. That our progressive pedagogues propagandize the youth: That’s well-known and passively accepted, too. Less known is the extent to which fabricated history has been incorporated into curricula.

In “Black Athena,” Martin Gardiner Bernal of Cambridge, England, suggested that “Ancient Greece” had been “fabricated,” and that chroniclers of “classical civilization” had concealed its “Afroasiatic roots.”

Posted on November 4, 2016 by ifnm| Comments Off on Ilana Mercer: Who’s Stupid? Not Trump Supporters (Video)

“Whites without college degrees,’ aka Trump supporters, are likely to have been less brainwashed and propagandized in the nation’s tertiary school asylums.” 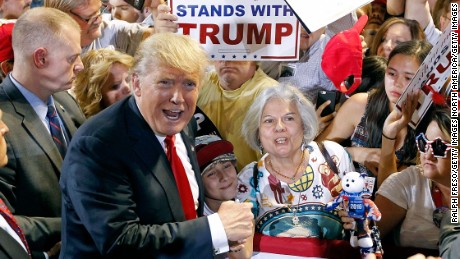 Ilana Mercer battles those who thrive on ‘their neo-Wilsonian schemes’

The verdict about Donald J. Trump’s foreign policy, unveiled after his five-for-five victory in Pennsylvania, Maryland, Delaware, Rhode Island and Connecticut, was handed down by vested interests: members of the military-media-think tank complex.

People like Former Secretary of State Madeleine Albright. People Dwight Eisenhower counseled against, in his farewell address to the nation:

“In the councils of government, we must guard against the acquisition of unwarranted influence, whether sought or unsought, by the military-industrial complex.”

Naturally, Albright wants U.S. foreign policy to remain complex, convoluted; based not on bedrock American principles, but on bureaucratically friendly talking points, imbibed in the “best” schools of government, put to practice by the likes of the Council on Foreign Relations.

Like so many D.C. insiders who move seamlessly between government and the flush-with-funds think-tank industry, Albright has worked for CFR. (Yearly revenue: $61.0 million. Mission: Not America First.)