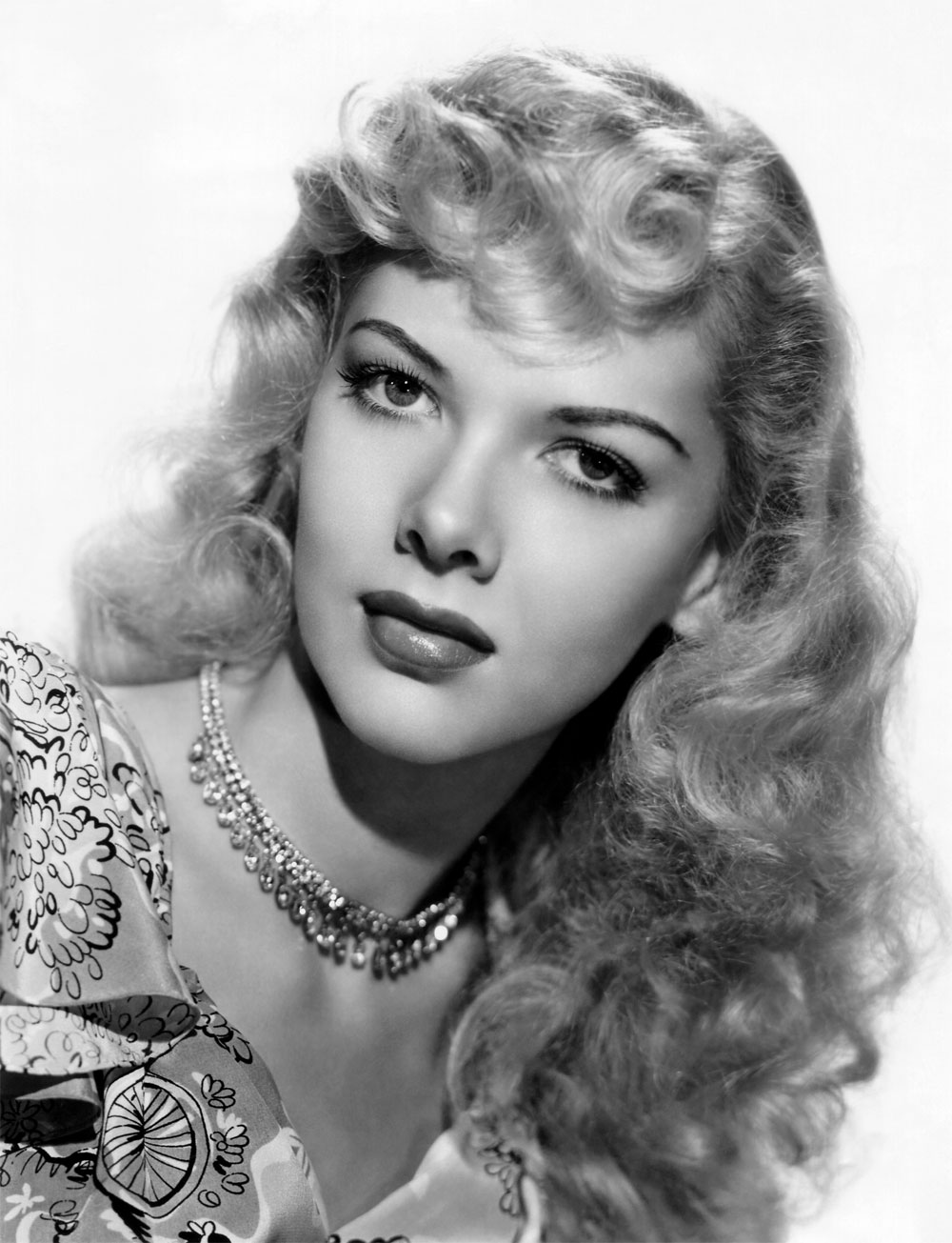 At CPAC, filmmakers explain why the right gets it wrong in Hollywood

“In the words of my friend Andrew Breitbart, ‘If you can’t sell freedom and liberty, you suck,’” said John Sullivan, co- director of “2016: Obama’s America” the slick Dinesh D’Souza documentary that made millions at the box office last year.

The advice came at Friday’s Conservative Political Action Conference’s panel on “Getting Hollywood Right” a discussion on why liberals dominate the movie and television industry. The answer: They’re better at it.

“In the words of my friend Andrew Breitbart, ‘If you can’t sell freedom and liberty, you suck,’” said John Sullivan, co- director of “2016: Obama’s America” the slick Dinesh D’Souza documentary that made millions at the box office last year.

“Do you people want to win? Or do you just want to entertain yourselves?” Caddell asked the CPAC audience. He brandished a copy of “Dreams from My Real Father,” a low-budget documentary that claims the president is the secret son of a communist. This, said Caddell, is what not to do.

Around 31,000 cops are to get the chance to learn one of EIGHTEEN languages — to improve communication with ethnic groups.

Beat bobbies in London can choose from Spanish to Somali.

Courses will cost £400 per head and GCSE-level lessons will span six weeks and be taught over 40 hours. French and German will be offered with exotic dialects to match immigration patterns.

The most popular courses so far — run by the Chartered Institute of Linguists and ending with a three-day assessment — are Spanish, Arabic and Polish. Bosses hope to fill 120 places this year.

At his hearing Hernandez admitted to distributing on average 30-40 pounds of meth per month in San Diego. At the time of his arrest $150,000 in cash was found in his home.

Silvano Hernandez, Jr., a Mexican Mafia gang member from San Diego, was sentenced today to serve 210 months (17.5 years) after Hernandez plead guilty to conspiracy to participate in a racketeering operation.

Hernandez was one of 36 individuals arrested last year as part of Operation Carnalismo, an investigation that targeted the Mexican Mafia’s criminal activity.

The Mexican Mafia is described as a notorious, violent prison gang that controls and benefits from a large portion of the criminal activity committed by Southern California Hispanic street-gang members. The largest source of revenue for the Mexican Mafia is from drug trafficking, however, in order to maintain their territory gang members have committed murders, kidnappings, and extortion.

Assistant Commissioner Kevin O’Connor and the NYPD’s Juvenile Justice Unit will be cruising Facebook and Twitter prior to the event to get the jump on any planned mayhem, according to the Daily News.

Cops will be flooding Times Square and Midtown on Sunday in an effort to stem violence that has historically occurred following the car show at the Javits Center, the Daily News reported.

In the past gangs of teenagers have taken to the streets, harassed pedestrians and businesses, and have even shot people.

In 2010 hundreds of young people brawled and fired guns during a ‘wilding’ spree in midtown following the New York International Auto Show on Easter Sunday.

It’s all part of an apparently annual ritual for gang members including Bloods and Crips.

“There are no changes in recommendations on travel to Tijuana or Mexico,” the letter from the agency (PDF) stated. “But individuals traveling there should be aware of the recent reports of meningococcal disease and should promptly seek care for suggestive symptoms.” Orange County public health officials are warning parents of students traveling to Tijuana about an outbreak of a deadly bacterial infection in the Mexican city. An 18-year-old Orange County student was diagnosed in February with Meningocococcemia and had six surgeries – and all four limbs amputated. Vikki Vargas reports from Orange for the NBC4 News at 5 p.m. on March 29, 2013.

Orange County public health officials are warning parents of students traveling to Tijuana about an outbreak of a deadly bacterial infection in the Mexican city.

Reports of meningococcal infections in Tijuana started in January, according to a letter sent out last week by the Orange County Health Care Agency. San Diego County schools were also warned.

The March 22 letter stated that no cases from the bacterial strain that causes the infections had been identified in the county, but had been elsewhere in California.

At least 18 cases of meningococcal disease have been reported in Tijuana since Jan. 4, and five people have died, according to the Orange County Health Care Agency’s Dr. Matt Zahn.

“There are no changes in recommendations on travel to Tijuana or Mexico,” the letter from the agency (PDF) stated. “But individuals traveling there should be aware of the recent reports of meningococcal disease and should promptly seek care for suggestive symptoms.”

On Friday, comic actor Jim Carrey, who most recently suggested that gun rights advocates were “heartless mother%ckers unwilling 2 bend 4 the safety of our kids” and mocked Charlton Heston in his parody “Cold Dead Hand,” issued a press release targeting Fox News for covering his antics.

Since I released my “Cold Dead Hand” video on Funny or Die this week, I have watched Fux News rant, rave, bare its fangs and viciously slander me because of my stand against large magazines and assault rifles. I would take them to task legally if I felt they were worth my time or that anyone with a brain in their head could actually fall for such irresponsible buffoonery. That would gain them far too much attention which is all they really care about.

I’ll just say this: in my opinion Fux News is a last resort for kinda-sorta-almost-journalists whose options have been severely limited by their extreme and intolerant views; a media colostomy bag that has begun to burst at the seams and should be emptied before it becomes a public health issue.

I sincerely believe that in time, good people will lose patience with the petty and poisonous behavior of these bullies and Fux News will be remembered as nothing more than a giant culture fart that no amount of Garlique could cure.

I wish them all the luck that accompanies such malevolence.

“The Tea Partiers are painted as the Bible-thumping freaks, and the polyamorous family portrayed as the open-minded, full of love, and sympathetic bunch,” Limbaugh said Friday. The Loudons are “painted as intolerant, Bible-thumping prudes.”

So while the show is good for a few chuckles, some think Thursday’s episode went out of its way to attack the Tea Party.

How so? Let’s set the stage.

Mother Gina Loudon is a proud conservative Christian and card-carrying member of the Tea Party. Originally from the South, she and her husband, former Missouri State Senator John Loudon, dedicate much of their time to conservative activism.

“The toughest part is that politics can be consuming during an election cycle, but we do it as a family (knock doors, campaign, even speeches). We work hard to balance work and family, but I admit that in peak political season, I look forward to down time with my family when campaign time is over!” said Gina, who lives in deep blue California (San Diego, to be exact).

The Loudons have five children.

“As a family, we do like to keep moving and give back to our community, so when we are not in political season, we are still busy with charity work, civic involvement, writing books, creating media, etc.,” she adds.

Angela Envy has been married to Chris, a semi-professional wrestler, for eight years. They have four children.

They also have a 23-year-old girlfriend named Ashley.

“We consider ourselves to be a polyamorous family. Ashley came into our lives about one year ago, almost by accident, and she never left. And just like that, we became a triad. It was easy and natural and we have such a good time!” said Angela.

“With Ashley, there was twice the energy and convenience of a normal relationship and she fulfils the needs that Chris cannot. The three of us share a room and sleep in the same bed and I wouldn’t have it any other way. It’s going to be hard for me to be away from her for this experience,” she adds.

You get the picture.

Posted in Film Clip of the Day, Holidays