Another Year, Another U.N. Scandal

And another Norwegian U.N. official heading home in disgrace.

It doesn’t happen too often anymore, but every now and then we’re reminded that that wretched left-wing propaganda sheet, the New York Times, is still capable of publishing objective works of investigative journalism. Witness its bombshell May 7 report on corruption at the United Nations. Yes, the reporters bylined on the story are David A. Fahrenthold, who won a Pulitzer for smearing Donald Trump,  and Farnaz Fassihi, who’s been accused of shilling for Iran. But this time around their work looks legit.

Over the decades, of course, there’s been a lot of shameless, bald-faced corruption at the U.N. But the story served up by Fahrenthold and Fassihi is particularly ludicrous. It involves an obscure U.N. agency called the Office for Project Services (UNOPS), which, until May 8, was headed by Grete Faremo, formerly Norway’s Minister of Defense. The agency, as the Times reporters noted, serves as “a kind of general contractor,” hired by other U.N. agencies “to build schools and roads, deliver medical equipment or perform other logistical tasks.”

Comments Off on Another Year, Another U.N. Scandal

An investigation into sex abuse by United Nations peacekeepers in the world’s conflict zones.

More than 100 UN peacekeepers ran a child sex ring in Haiti. None were ever jailed

Posted on January 16, 2018 by ifnm| Comments Off on More than 100 UN peacekeepers ran a child sex ring in Haiti. None were ever jailed

“Imagine if the UN was going to the United States and raping children and bringing cholera,” said one lawyer in Haiti, where UN peacekeepers face hundreds of allegations of child sex crimes.

In the ruins of a tropical hideaway where jetsetters once sipped rum under the Caribbean sun, the abandoned children tried to make a life for themselves. They begged and scavenged for food, but they never could scrape together enough to beat back the hunger, until the UN peacekeepers moved in a few blocks away.

The men who came from a faraway place and spoke a strange language offered the Haitian children cookies and other snacks. Sometimes they gave them a few dollars. But the price was high: The Sri Lankan peacekeepers wanted sex from girls and boys as young as 12.

“I did not even have breasts,” said a girl, known as V01 — Victim No. 1. She told UN investigators that over the next three years, from ages 12 to 15, she had sex with nearly 50 peacekeepers, including a “Commandant” who gave her 75 cents. Sometimes she slept in UN trucks on the base next to the decaying resort, whose once-glamorous buildings were being overtaken by jungle.

Comments Off on More than 100 UN peacekeepers ran a child sex ring in Haiti. None were ever jailed Guterres, a former Socialist Party prime minister in his native Portugal, took over the top job at the UN on January 1st, having previously served as the institution’s High Commissioner for Refugees.

His article, titled ‘Migration can benefit the world. This is how we at the UN plan to help’, makes the bold claim that mass migration “powers economic growth, reduces inequalities and connects diverse societies”, in order to promote the Global Compact for Migration.

“This will be the first overarching international agreement of its kind,” he boasted — but claimed it would not “place any binding obligations on states”, but rather serve as “an unprecedented opportunity for leaders to counter the pernicious myths surrounding migrants”.

These assurances have failed to convince the Donald Trump administration in the United States, with the White House rejected it as “simply not compatible with US sovereignty”, and President Trump summarising it as “no borders, everyone can come in!”

Prime Minister Theresa May’s government in the United Kingdom has not pulled out, however — apparently unconcerned by its implications.

Bring in the U.N. to solve Chicago ‘genocide,’ Boykin says

Posted on December 15, 2017 by ifnm| Comments Off on Bring in the U.N. to solve Chicago ‘genocide,’ Boykin says

“It’s been a total devastation of the African-American community,” he said. 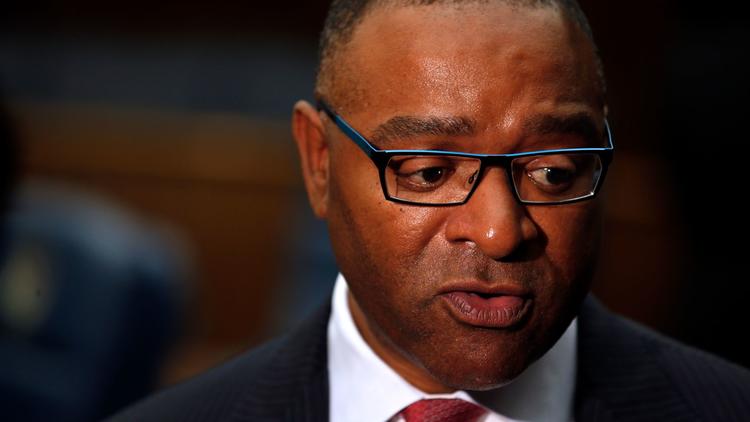 But if the soldiers were instead wearing the sky blue helmets of United Nations peacekeepers there might not be such a problem, according to Cook County Commissioner Richard Boykin, who flew to New York on Thursday to discuss what he described as a “quiet genocide” in Chicago’s black community with the U.N.’s assistant secretary-general for peacebuilding support, Oscar Fernandez-Taranco.

“The United Nations has a track record of protecting minority populations,” Boykin told Inc. before his meeting. “There was tribal warfare between the Tutsis and the Hutus in Africa, and they deployed peacekeeping troops there to help save those populations and reduce the bloodshed. We have to do something — black people in Chicago make up 30 percent of the population but 80 percent of those who are killed by gun violence.”

Comments Off on Bring in the U.N. to solve Chicago ‘genocide,’ Boykin says

Posted on December 6, 2017 by ifnm| Comments Off on U.S. Pulls Out of United Nations Migration Pact

U.N. Ambassador Nikki Haley says decisions about immigration ‘must always be made by Americans and Americans alone’

U.S. Ambassador to the United Nations Nikki Haley said Saturday that President Donald Trump made the decision to withdraw the U.S. from negotiations on an immigration pact because it was “not compatible with U.S. sovereignty.”

All throughout his presidential campaign, Trump pledged to secure the border, enforce immigration laws and prioritize U.S. citizens’ safety and interests above all other concerns. And part of this agenda, Haley told the U.N., involves ensuring that the U.S. maintains its national sovereignty when entering into agreements with other countries.

“No country has done more than the United States, and our generosity will continue,” Haley said. “But our decisions on immigration policies must always be made by Americans and Americans alone.”

“We will decide how best to control our borders and who will be allowed to enter our country,” she added.

Comments Off on U.S. Pulls Out of United Nations Migration Pact

Posted on July 24, 2017 by ifnm| Comments Off on Trump throws wrench in U.N. plan to ‘replace’ U.S. population

In the last year of his presidency, Barack Obama and his administration worked tirelessly with the United Nations to expand the definition of “refugee” to include economic migrants and drastically increase the numbers being resettled in the United States.

And he found a willing partner in the Republican-controlled Congress, which funded not only more refugees but provisions for record numbers of unaccompanied minor children, so-called UACs, showing up at the border from Central America.

In the fall of 2016 Obama hosted the U.N. Leaders’ Summit on Refugees in New York, where he and other world leaders used rhetoric strikingly similar to the concept of “replacement migration,” a U.N. plot to replace the population of a given country with migrants and “refugees” from the developing world.

WND recently reported on the scheme, revealed in a U.N. document prepared in the year 2000 entitled “Replacement Migration: Is It a Solution to Declining and Aging Populations?”

The report details the plunging birthrates across Western Europe, Russia, Japan and the United States and identifies a solution: mass migration from the Third World into these “aging and declining” nations.

Comments Off on Trump throws wrench in U.N. plan to ‘replace’ U.S. population

Delegates in Geneva from 189 countries are looking at the issue, and some want UN to speed it up. 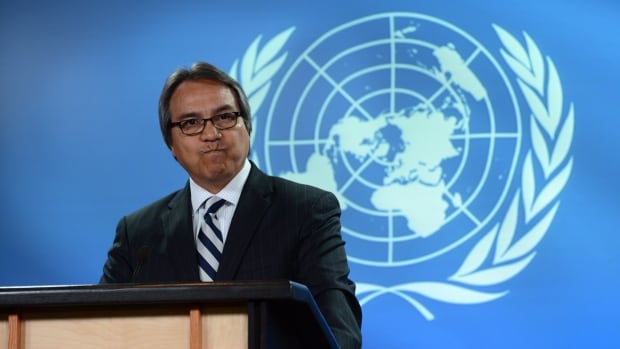 Indigenous advocates from around the world are calling on a UN committee to ban the appropriation of Indigenous cultures — and to do it quickly.

Delegates from 189 countries, including Canada, are in Geneva this week as part of a specialized international committee within the World Intellectual Property Organization (WIPO), a United Nations agency.

Since it began in 2001, the committee has been working on creating and finishing three pieces of international law that would expand intellectual-property regulations to protect things like Indigenous designs, dances, words and traditional medicines.

The meeting takes place as concern grows worldwide about the rights of cultures to control their own materials. In the U.S. this week, designer Tory Burch agreed to change the description of one of her coats for women after Romanians protested that it had been described as African-inspired when it actually appropriated a traditional Romanian garment.

Speaking to the committee Monday, James Anaya, dean of law at the University of Colorado, said the UN’s negotiated document should “obligate states to create effective criminal and civil enforcement procedures to recognize and prevent the non-consensual taking and illegitimate possession, sale and export of traditional cultural expressions.”

“Why are we supporting these people?” he says. “If you want to spend a fortune of money and keep getting abused every day while you’re doing it, marry a Jewish woman.” 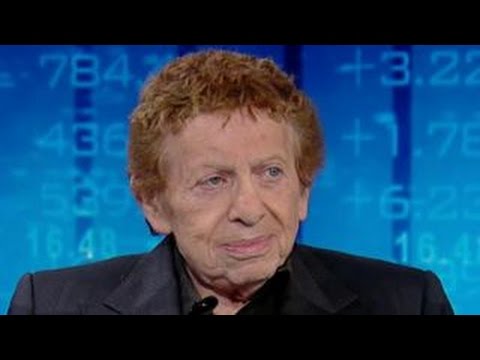 In these trying times, comedy legend Jackie Mason is the Voice of Reason.

In this exclusive clip for Breitbart News, Jackie rips the “worthless” United Nations over its recent passage of the anti-Israel Security Council Resolution 2334, suggesting the only thing “united” about the organization its its desire to see Israel and the Jewish people destroyed.

Worst of all, he says: we’re the ones who are paying for it.

Sarah Palin: President Trump Should ‘Call for the Unshackling of the Political Bands Tying Us to the UN’ (Audio)

Posted on December 31, 2016 by ifnm| Comments Off on Sarah Palin: President Trump Should ‘Call for the Unshackling of the Political Bands Tying Us to the UN’ (Audio)

On Thursday’s Breitbart News Daily on SiriusXM, former Alaska Governor and 2008 vice presidential candidate Sarah Palin talked with Breitbart London Editor-in-Chief Raheem Kassam about the return of national sovereignty that began with Brexit and might lead to a United States withdrawal from the United Nations in the wake of its anti-Israel vote. “I think many of us have called for America to really step up and consider what it is that we are funding and supporting via the UN, and how it works so hard really against U.S. interests, and just saying – look what the U.K. just did,” Palin said, referring to the Brexit vote.

“This is such an encouraging time, where it’s not just us, but those across the pond, too, are understanding that their nation’s sovereignty and security are on the line here, with the ties that bind us to interests that really don’t further our agendas,” she declared.

“So when the U.K. made its move, it was just another reason to call yet again for the U.S. to get the heck out of the UN and get the UN out of the U.S. Let’s get going on putting America first so that we can sweep our own porch before telling other nations how to sweep theirs,” she advised.

Comments Off on Sarah Palin: President Trump Should ‘Call for the Unshackling of the Political Bands Tying Us to the UN’ (Audio)