Multiple women say they were robbed or sexually assaulted by men, reportedly of Arab or North African appearance, on New Year’s Eve.

Cologne Mayor Henriette Reker has attracted heavy criticism for proposing a “code of conduct” for women to prevent sexual assault, advising them to remain at “an arm’s length” from strangers.

On “The Kelly File” tonight, Dana Loesch slammed Reker for blaming the victims.

“This Is A Bad Day For America” – Dana Loesch (Video) 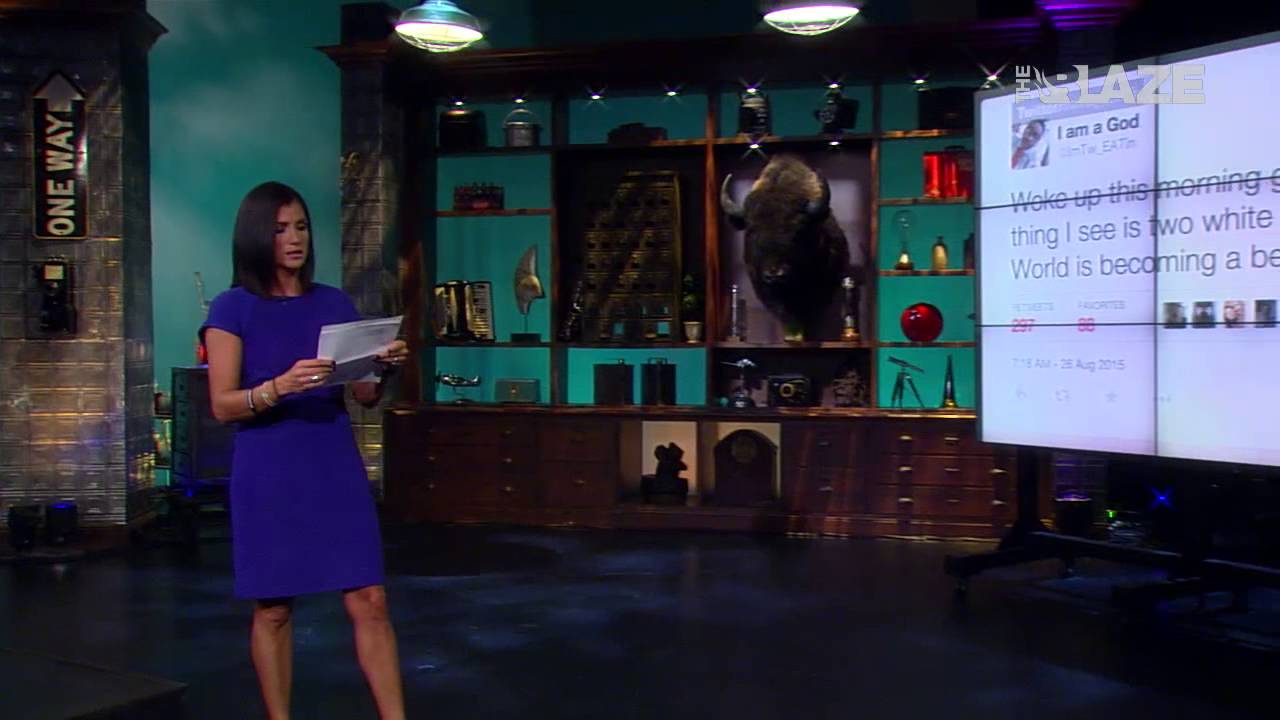 Posted on May 23, 2015 by ifnm| Comments Off on Here’s What Happened After an Ohio Sheriff Sent a Bill to the Mexican President for the Illegals in His Jail (Video)

Jones said he got a call from the FBI saying there were three sheriffs in the country that were going to be killed by the drug cartels, and he was one of the three.

Butler County Sheriff Richard Jones said Friday that he sent a letter to Mexican President Enrique Pena Nieto, charging him for all the illegals in his jail.

What happened next? The Ohio sheriff told Dana Loesch: “The federal government sends me a letter and said I violated a treaty of like, 1790.”

When Loesch asked for more information, Jones continued: “I sent him a bill for the prisoners that are in my jail. They came here illegally. I’ve not gotten any money from them, but I billed them so much. And I’ll tell you what I got in return: my life was threatened.”

Jones has also written a letter to President Barack Obama, “asking and pleading with him not to bring these people here to the state of Ohio, and to secure our borders.”

“We’ve had horrendous crimes here in this community,” Jones said. “We had a senior citizen, an elderly lady, molested by a teenager that came over from Mexico. We had another one molested — an eight year old girl. We’ve had drugs pouring in, more so than before the government said the borders were sealed. And we’re being run over by the drug dealers coming to this community. The violence has increased, and we’re a long way from the borders.”

“Moderate” Islam Is a Myth! Here’s Why… (Video)

Islam is a religion of peace… so we’re told. The acts of violence and intolerance are carried out only by a select few radical extremists and are unsupported by Muslims at large. So we’re told. What do the numbers say? Are most Muslims truly “moderate”? Watch and learn…

Comments Off on “Moderate” Islam Is a Myth! Here’s Why… (Video)

Radical Islam Is Taking Over (Video)

Posted on May 8, 2015 by ifnm| Comments Off on Radical Islam Is Taking Over (Video)

This Christian Pastor & Former Muslim Gives Us An Inside Look Into Radical Islam In Idaho. 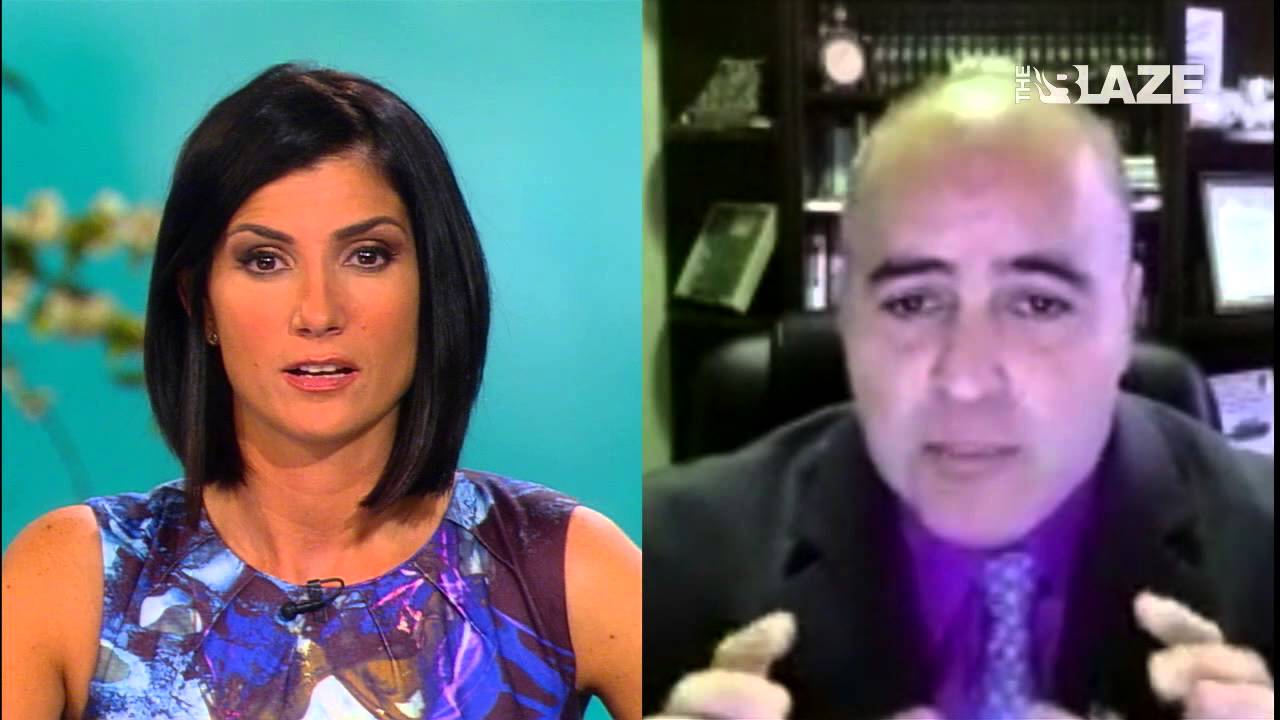 Comments Off on Radical Islam Is Taking Over (Video)

Posted on April 29, 2015 by ifnm| Comments Off on Video: D’Souza Discusses Clinton Foundation Taxes With Dana On TheBlaze

Dinesh explains, “Article I of the U.S. Constitution says rather clearly that U.S. officials cannot take money from foreign governments without the approval of Congress. And we’re not just talking about any government official in this case—we’re talking about the Secretary of State.”

Dinesh joined Dana on TheBlaze TV on Monday to discuss the Clinton Foundation’s admitted mistakes on their tax returns. Dinesh suggests that the supposed mistakes are, in fact, intentional ways to cover up illegal foreign donations.

In the video, Dana points out that Dinesh has been punished by the Obama administration for a much smaller financial error than Hillary, Harry Reid, and others continue to perpetrate.

Comments Off on Video: D’Souza Discusses Clinton Foundation Taxes With Dana On TheBlaze

Posted on April 26, 2015 by ifnm| Comments Off on Dana Loesch Blows Whistle On Violent Campaign Against Wisconsin Conservatives (Video)

People throw the word around flippantly, but this is as ANTI-AMERICAN as it gets. While the world is focused on McDreamy becoming McRoadkill and a comic book character’s confused sexuality, American citizens are having their homes raided because they have a different opinion than the leftist political establishment in Wisconsin.

Posted on April 1, 2015 by ifnm| Comments Off on Harry Reid Admits Lying To The American People – The Kelly File (Video)

Senator Harry Reid smugly all but admitted that he lied to the American people during the 2012 presidential election when he falsely accused Mitt Romney of not filing tax returns. Megyn Kelly and Dana Loesch discuss the Nevada senator’s brazen behavior.

Posted on March 25, 2015 by ifnm| Comments Off on Crime Prevention Research Center Dessert and Coffee/Tea and Stand Up Dinner – April 10th in Nashville

Join Katie Pavlich, Dana Loesch, Brad Thor, Ted Nugent and other favorites on April 10th in Nashville to learn about the forthcoming tidal wave of claims from Bloomberg and others!

Michael Bloomberg, George Soros, and others are spending hundreds of millions of dollars to scare people about guns. President Obama is at the helm of the push for more gun control. There will soon be a flood of studies, most being timed to affect next year’s presidential election. The Crime Prevention Research Center enlists the help of academics who can quickly correct those false claims. We also do original research on the true costs and benefits of gun ownership.

On Friday, April 10th, the Crime Prevention Research Center will be having Desserts and Coffee/Tea at the Hilton Nashville Downtown from 6 to 9 PM (pictured above). For those attending the Dessert and Coffee/Tea from 6:45 to 9, the cost is $50. For those attending both the dessert and the much smaller stand up dinner, the cost is $200. The Hilton is adjacent to the Nashville Convention Center, which will be hosting the NRA National Convention at that time. On Saturday, April 11th, you have a chance to go shooting with your favorite celebrity at Tennessee’s 5-star range, The Nashville Armory (just a 12-minute car ride from the Hilton). The event will go from 8:30 to 10 AM.

Funds from the event will be used to finance the Crime Prevention Research Center. Host from The Blaze, Dana Loesch, joined Fox News host Megyn Kelly on Wednesday to strike back at the Justice Department after their investigation into Ferguson, Mo., police officer Darren Wilson found no evidence of racial animus.

Back in August of 2014, Wilson shot and killed 18-year-old Michael Brown after Brown punched Wilson in the face and reached for his gun. Without the verified facts of the case, critics on the left in both the media and Congress were showing support for Brown with the “hands up, don’t shoot” gesture.