Stars: Esther Williams, Fernando Lamas, Jack Carson. A young woman enters a contest to be the first to swim the English Channel. 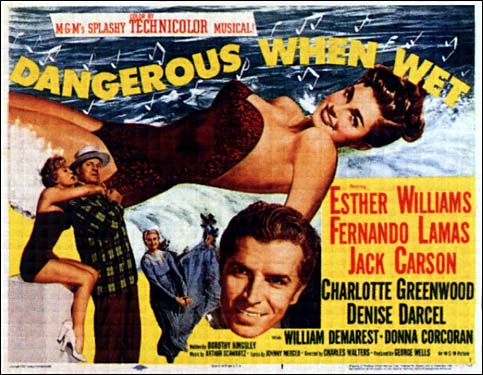 Comments Off on Complete Classic Movie: Dangerous When Wet (1953)

Posted on September 30, 2014 by ifnm| Comments Off on Vivaldi – Autumn

Comments Off on Vivaldi – Autumn

Van Susteren: Obama Will Say ‘War on Women’ But Not ‘War on ISIS’

Posted on September 30, 2014 by ifnm| Comments Off on Van Susteren: Obama Will Say ‘War on Women’ But Not ‘War on ISIS’

Van Susteren just thought it looked “silly” and said, “When you start dropping bombs on them, that’s a war.”

Greta Van Susteren picked up on something she found baffling today: President Obama and the Democrats have no qualms about using the phrase “war on women,” but they are absolutely refusing to refer to current military action against ISIS as a “war.”

She pointed out, “The president won’t say that this is a war, yet during the campaign he said we had a ‘war on women,’ but he won’t say there’s a war on ISIS when they’re beheading Americans.”
ADVERTISEMENT

Byron York said Obama might have a solid legal reason not to call it a war, because were he to say so, that would mean Congress would be required by law to vote for authorization, and the White House has already argued Obama has the authority to act unilaterally.

Comments Off on Van Susteren: Obama Will Say ‘War on Women’ But Not ‘War on ISIS’

Posted on September 30, 2014 by ifnm| Comments Off on The Johnny Cash Show – History of Country Music: Part 1 (Video) 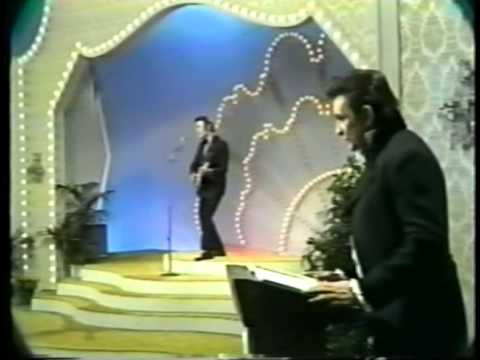 Comments Off on The Johnny Cash Show – History of Country Music: Part 1 (Video)

Posted on September 30, 2014 by ifnm| Comments Off on Megyn Kelly unlocks what liberals don’t want to say about the Oklahoma beheading (Video)

“This is the first American beheading on American soil reportedly in the name of jihad,” Kelly said. 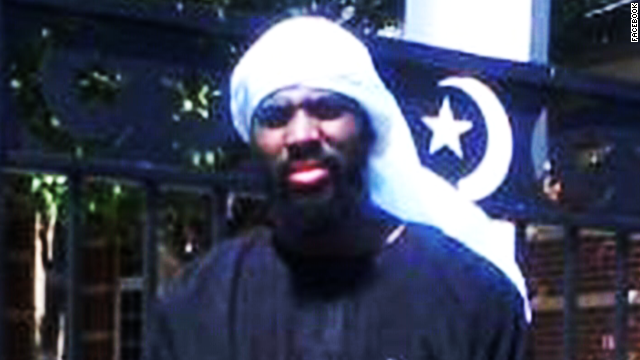 Fox News’s Megyn Kelly spent much of her Friday show analyzing the murder of Colleen Hufford, an employee who was gruesomely beheaded at a food processing plant in Oklahoma.

Alton Alexander Nolen, a recent convert to Islam, is being charged with the beheading, after attacking Hufford and another employee shortly after learning he had lost his job.

Controversial Owner Declares Her Store a ‘Muslim-Free’ Zone; Find Out Her Reasoning

Posted on September 30, 2014 by ifnm| Comments Off on Controversial Owner Declares Her Store a ‘Muslim-Free’ Zone; Find Out Her Reasoning

“She brings up a very valid point that gun stores and ranges have both a legal and moral obligation to ensure the safety of their patrons. Because of this, they may refuse service to anyone they deem to be under the influence, mentally unstable, or otherwise a potential threat to themselves, or others. FFLs are afforded a great deal of latitude in this regard, as the federal government would rather err on the side of caution.”

The Western world is at war with radical Islam. While we are constantly reassured by politicians that try to remain diplomatic that Islam is a religion of peace, we cannot deny that there are many within the Muslim faith that practice a brand of Islam committed to violence. To deny this fact is simply to deny realities of the world.

Of course, not all Muslims are violent and should not be treated as such. However, one store, The Gun Cave Indoor Shooting Range in Hot Springs, Arkansas, has declared itself a “Muslim-free zone.”

Citing safety concerns and an extensive history of violent actions taken by Muslims in the U.S. and abroad, range owner Jan Morgan posted on her website a ten-point explanation for her decision to ban Muslims from her establishment and clarification as to her supposed legal reasoning.

While many might view the policy as extreme, it should be noted that the establishment appears to serve as a purely private establishment. Of course, this fact will likely not deter the radicalized Department of Justice from forcing Morgan to reverse her policies or otherwise face legal consequences as Obama’s DOJ has, in recent years, tried to force the owners of many establishments to violate their consciences by facilitating homosexual weddings.

Comments Off on Controversial Owner Declares Her Store a ‘Muslim-Free’ Zone; Find Out Her Reasoning

Posted on September 30, 2014 by ifnm| Comments Off on D’Souza Opens Up About Sentencing, Career (Video)

D’Souza is due back in court on October 15 and will likely receive details surrounding his eight month confinement during that time. The Judge said in court that D’Souza would be serving out the duration of his confinement in a halfway home in San Diego, where he resides.

Author, filmmaker, and conservative commentator Dinesh D’Souza spoke with Breitbart News on Wednesday about his court sentencing for violating federal campaign finance laws in his approach to supporting his longtime friend and former New York Senate candidate Wendy Long. An immigrant himself, D’Souza also had some words of advice for his political party of choice and touched up on a strategy he believes would benefit the Golden State as well as the Republican Party going forward.

Tuesday’s court sentencing in the United States District Court of the Southern District of New York by Judge Richard Berman was a roller-coaster ride of emotions that resulted in a five year probation and eight months of confinement in a community center for D’Souza; the sentencing also included therapeutic counseling, an order D’Souza’s attorney Benjamin Brafman said he had never heard be prescribed by a judge for such a crime before.

In court on Tuesday, Judge Berman had expressed his bewilderment at the fact that a man with D’Souza’s accomplishments would take such a “staggeringly enormous risk” and make the careless mistake of providing straw donations – contributions in the names of other people – to a political campaign and, as a result, break the law. D’Souza came to this country from India with nothing, has worked in the White House, and made a great success through his penmanship and film making [2016: Obama’s America (released in 2012) and America: Imagine the World Without Her], building himself up as a bastion of the American Dream.

Comments Off on D’Souza Opens Up About Sentencing, Career (Video)

Posted on September 30, 2014 by ifnm| Comments Off on Meet the woman who’s ‘true north’ for conservatives (Video)

Bozell: Without her, ‘the war would be over and we would have lost’ Phyllis Schlafly is such an important figure to the conservative movement in America that without her, “the war would be over and we would have lost,” says Brent Bozell, founder and president of the Media Research Center.

Absent the leadership of the woman credited with nearly single-handedly stopping the feminists’ agenda in the Equal Rights Amendment, Bozell said, “My guess is the entire thing would have collapsed 30 years ago.”

Schlafly turned 90 in August and still is actively fighting for her beliefs. She still gives public speeches, and her latest book, “Who Killed the American Family,” was released Sept. 23.

He noted that Schlafly was “despised by the left when she emerged in the 1960s.”

And he said the media “gave aid and comfort to that by projecting her as a threat to modern civilization.”

“To my thinking,” he explained, “there are two Phyllis Schlaflys. One Phyllis Schlafly is the one who’s known publicly as the woman who single-handedly derailed and defeated the entire left in the ERA battle.

Battleground Texas (BGTX) may have failed to take any action regarding the “admission” of an undercover volunteer with BGTX that she had broken multiple election laws, according to a new video investigation by journalist James O’Keefe’s organization Project Veritas. The allegations come on the heels of sting earlier this year that busted BGTX, a group attempting to turn Texas blue, for illegally copying voters’ personal data for campaign purposes.

Project Veritas claims that BGTX personnel did not take action after being told by a volunteer that voters were registered by an individual who did not have the authority to do so, and that completed voter forms were lost.

Under Texas law, voter registration can only be performed deputized voter registrars. Volunteer deputy registrars must deliver completed forms to the registrar, and they must receive proper training.

These rules are “very important. It’s a crime to handle a completed registration form without being officially certified as a [volunteer deputy registrar],” Mimi Marziani, the Voter Protection Director for BGTX says in a video on the organization’s website.

“We wondered how seriously they took their own advice, and the laws of Texas,” O’Keefe said.

So Project Veritas sent an undercover investigator, identified as “Ronnie,” to find out.

Stars: James Stewart, Maureen O’Hara, Fabian. Mr. Hobbs wants to spend a quiet holiday at the beach, but his wife has invited all their family to stay with them.