Stars: Taylor Schilling, Matthew Marsden, Rebecca Wisocky, Navid Negahban, Edi Gathegi. A powerful railroad executive, Dagny Taggart, struggles to keep her business alive while society is crumbling around her. Based on the 1957 novel by Ayn Rand.

Comments Off on Complete Classic Movie: Atlas Shrugged Part I (2011)

“Form your own communities on the frontiers of your crumbling world.”

Posted on June 23, 2017 by ifnm| Comments Off on Pamela Geller: The Coming Civil War

The left has been at war against America for decades. The right represents those of us who favor individual freedom and capitalism — and the left are those who want government controls and socialism. Political violence became an essential and successful means of leftist warfare in the 60’s, the decade of destruction. The success of the violent “student rebellion” in 1964 and the so-called Free Speech Movement has set the table for the left’s warmongering and treason. It was clear from the outset that the “student revolution” violently ushered in at Berkeley in the mid-sixties would come to this. The left is evil, and they mean to destroy our way of life, our freedom and us. It took decades to norm their anti-Americanism, their hatred of freedom and individual rights, but they have reached their tipping point. And the long beaten and battered among us have had it.

Ayn Rand explained why the left is seeking nothing less than the breakdown of American society:

The attempt to solve social problems by means of physical force is what a civilized society is established to prevent. The advocates of mass civil disobedience admit that their purpose is intimidation. A society that tolerates intimidation as a means of settling disputes—the physical intimidation of some men or groups by others—loses its moral right to exist as a social system, and its collapse does not take long to follow.

Politically, mass civil disobedience is appropriate only as a prelude to civil war—as the declaration of a total break with a country’s political institutions.

Comments Off on Pamela Geller: The Coming Civil War 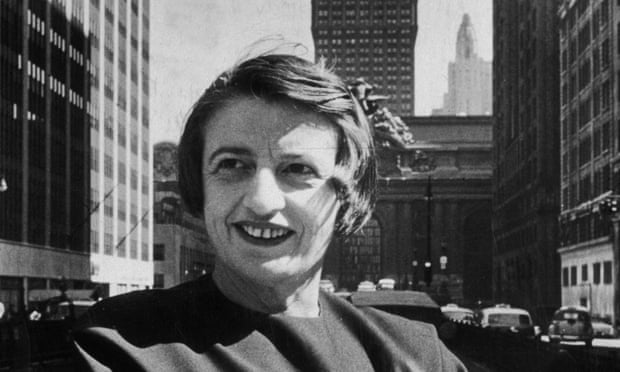 Who is John Galt?

Lord Monckton asks if freedom-loving tycoons will begin to vanish.

Last year, the Ayn Rand Institute was kind enough to send me a copy of “Atlas Shrugged,” the masterwork of that great prophetess of liberty and of free markets. I read all 1,100 pages in two days. For, although the novel has a powerful political message, and one that America is ignoring at her peril, it is also a gripping thriller, with a love story built in, set amid the inexorable decline of a nation made feeble-minded by socialism.

If you have not read “Atlas Shrugged,”you should. Just Google “Ayn Rand Institute” and order your copy now. Never has its message been more apposite. And, after you have read the book, watch the splendid three-movie series that brings it to life. All three movies can be seen on YouTube.

I shall not spoil the story for you by giving too much of it away. However, it is centered around the character of Dagny Taggart, who, with her inept brother James, has inherited from their father the largest transcontinental railroad in the country.

Dagny, the highly efficient chief operating officer of the railroad, has to try to keep it running as the country’s economic infrastructure crumbles under the heel of incompetent socialism. The decline accelerates as, one by one, the leading industrialists who had struggled to build up their empires and keep America on the move mysteriously disappear. Some of them destroy their mines or oilfields as they go.

Comments Off on Who is John Galt?

Posted on August 2, 2015 by ifnm| Comments Off on Graphic Quotes: Ayn Rand on Communism and Socialism

Comments Off on Graphic Quotes: Ayn Rand on Communism and Socialism

Posted on April 11, 2015 by ifnm| Comments Off on Reagan, Thatcher busts defaced at Chapman University

The statues, depicting historical figures such as Ronald Reagan, Margaret Thatcher, and Ayn Rand, were also ornamented with posters reading off a list of “charges” for “student review.”

“Ronald Reagan is under student review due to Racism, Classism, and Homophobia,” read the poster underneath the bust of the 40th president.

The vandals also defaced a statue of Margaret Thatcher, filing the same charges against her.

Charges of “Global Violence and Imperialism” were brought against free-market economist Milton Friedman while objectivist thinker Ayn Rand was accused of “Gender Roles and Homophobia.”

Campus Reform spoke to the Reddit user who originally uploaded the images of the defaced statues to the TumblrInAction subreddit.

Comments Off on Reagan, Thatcher busts defaced at Chapman University

Graphic Quotes: Ayn Rand on the Degrees of Evil

Posted on March 24, 2015 by ifnm| Comments Off on Graphic Quotes: Ayn Rand on the Degrees of Evil

Comments Off on Graphic Quotes: Ayn Rand on the Degrees of Evil

Movie of the Week: Ayn Rand and the Prophecy of Atlas Shrugged (2011)

Ayn Rand & the Prophecy of Atlas Shrugged is a feature length documentary film that examines the resurging interest in Ayn Rand’s epic and controversial 1957 novel and the validity of its dire prediction for America.

Comments Off on Movie of the Week: Ayn Rand and the Prophecy of Atlas Shrugged (2011)

Posted in Ayn Rand, Movie of the Week

Ayn Rand, the Movies, and the Idea of America

Posted on October 5, 2014 by ifnm| Comments Off on Ayn Rand, the Movies, and the Idea of America

An Introduction to Ayn Rand’s Textbook of Americanism.

Ayn Rand’s monograph “Textbook of Americanism,” newly published on FEE.org, is virtually unknown. Written during a decisive turning point in history, it was delivered by Rand personally to FEE’s founder Leonard Read in 1946. The monograph represents Rand’s desire to draw stark lines between an emerging postwar collectivism and the individualism she believed built America. She joined others in pointing out that collectivism had wrought the horrors the world had just endured.

“Textbook of Americanism” also represents her worldview as it came to be shaped by her childhood experiences with communism, her early love of film as a means of artistic expression, and her perceptions about the future of freedom.

As a young student in Russia at the dawn of the Bolshevik takeover, at a small theater for silent films, Rand caught her first glimpse of the New York skyline. The silhouette burned in her mind, a symbol of creative passion and unbounded achievement, outlining the edges of her growing philosophy of individualism.

Comments Off on Ayn Rand, the Movies, and the Idea of America