Posted on September 29, 2017 by ifnm| Comments Off on Alan Dershowitz Threatens To Sue Berkeley Over First Amendment (Video)

If the school were hosting a famous progressive actor, Dershowitz said they would never make them wait eight weeks. “They need to have a single standard and we’re going to hold them to it. And if they don’t abide by it, we are taking them to court.”

Harvard Law professor Alan Dershowitz said Thursday if the University of California, Berkeley doesn’t change its guidelines for campus speakers, he will take them to court.

There is an eight-week delay for speakers the school deems “high profile,” but Dershowitz claimed on “Fox and Friends” they get around this rule by issuing a department invite to certain speakers.

Dershowitz said because Berkeley is a public university, they must abide by the First Amendment and give equal opportunity for all speakers.

Posted on June 27, 2017 by ifnm| Comments Off on James Woods: ‘Free Speech Is Dead in Liberal America’

Check out the reasons the conservative actor turns down most of the interviews he’s offered these days.

Actor James Woods is more outspoken than ever about his conservative political and cultural beliefs. He’s earned nearly 700,000 followers on Twitter thanks to his sharp and constant commentary about the news — and about the Left.

Surprisingly, the actor doesn’t often take his opinions beyond social media. He doesn’t pop up in many interviews or throw himself at the press. It appears this is for a very good reason.

A writer at Independent Journal Review recently attempted to interview Woods to get the artist’s opinion about Johnny Depp’s assassination “joke” — and Woods politely declined. He explained why he generally avoids the press these days — even press of which he approves.

“Well, I’m deeply flattered, but turn down hundreds of requests to do interviews. I’m a big fan of IJR, but I must graciously decline. I find that Twitter makes it impossible for the sleaze liberal press to take my words out of context. If I were to do an IJR interview, surely CNN and NYT would misrepresent my thoughts and words. As honorable as IJR may be, they can’t stop others from engaging in malicious behavior. Sadly, free speech is dead in liberal America,” wrote Woods to the reporter who requested the interview.

Comments Off on James Woods: ‘Free Speech Is Dead in Liberal America’

Posted on January 11, 2017 by ifnm| Comments Off on Ex-Aussie PM Tony Abbott Urges UK to ‘Seize its Destiny’, Prioritise One-Page FTA with Australia

The UK should abandon the “statism and bureaucracy” of the European Union and prioritise a one-page free trade agreement (FTA) with Australia. According to former Australian Prime Minister Tony Abbott, this simple move would provide a post-Brexit blueprint for the two trading partners ahead of similar agreements across the Commonwealth. In a foreword for a report by UK conservative politicians James Cleverly and Tim Hewish, Mr. Abbott claimed “Britain was back” and ready to reclaim its status as a world leader able to trade with any nation on earth.

“The country that gave the world the English language, common law and the mother of parliaments is once more to seize its destiny as a global leader,” he said.

Mr. Abbott said no two countries were more like-minded than Britain and Australia, with a common language, set of values and much-shared history.

“If Britain is determined to make the most of Brexit – and everything about Prime Minister (Theresa) May shows this steely determination – why not strive for a one page FTA with Australia?” he wrote.

He said the movement of goods between the two nations should be “absolutely free of tariffs or quotas”.

“Provided people are coming to work rather than to take advantage of social security or health services, Australians should also be free to live in the UK and vice versa.”

Posted on October 2, 2016 by ifnm| Comments Off on Trump Right on Trade Predators by Pat Buchanan

By increasingly relying upon foreign nations for our national needs, and by outsourcing production, we are outsourcing America’s future.

Is America still a serious nation?

Consider. While U.S. elites were denouncing Donald Trump as unfit to serve for having compared Miss Universe 1996 to “Miss Piggy” of “The Muppets,” the World Trade Organization was validating the principal plank of his platform.

America’s allies are cheating and robbing her blind on trade.

According to the WTO, Britain, France, Spain, Germany and the EU pumped $22 billion in illegal subsidies into Airbus to swindle Boeing out of the sale of 375 commercial jets.

Subsidies to the A320 caused lost sales of 271 Boeing 737s, writes journalist Alan Boyle. Subsidies for planes in the twin-aisle market cost the sale of 50 Boeing 767s, 777s and 787s. And subsidies to the A380 cost Boeing the sale of 54 747s. These represent crippling losses for Boeing, a crown jewel of U.S. manufacturing and a critical component of our national defense.

Earlier, writes Boyle, the WTO ruled that, “without the subsidies, Airbus would not have existed … and there would be no Airbus aircraft on the market.”

Comments Off on Trump Right on Trade Predators by Pat Buchanan

Buchanan said the insurrection is “populist, patriotic, ethno-national” and a form of “economic nationalism.” Conservative commentator and former GOP presidential candidate Pat Buchanan argued this weekend that GOP elites who represent the globalist wing of the party will not attend this year’s convention because Donald Trump’s insurrection against them on trade, immigration, and foreign policy has succeeded.

When host Michael Smerconish mentioned on his Saturday CNN program that the party’s last two Presidents—George H.W. Bush and George W. Bush—and presidential nominees—Mitt Romney and John McCain—will not be attending this year’s convention in Cleveland, Buchanan said the reason the elites and the “leadership of the party and the old leadership of the party is not showing up is because Donald Trump, the nominee, is conducting an insurrection against those individuals and against the policy they produced, on trade, immigration and foreign policy.”

Posted on May 25, 2016 by ifnm| Comments Off on Labor, environmental groups call on Congress to oppose TPP

The groups also say that the investor-state dispute settlement system would enable foreign investors to challenge U.S. laws and strip vital regulations that protect the environment and financial system, among other areas.

Labor unions and environmental groups are among the more than 1,500 organizations calling on Congress to reject a sweeping Pacific Rim trade deal.

The groups, which include faith and advocacy organizations, argued in a letter sent to Capitol Hill on Monday that the Trans-Pacific Partnership (TPP) would kill U.S. jobs, hurt the environment and endanger food safety.

“The TPP would make it even easier to ship American jobs overseas to wherever labor is the most exploited and environmental regulations are the weakest, so it’s little surprise that certain corporations support this pact,” said Arthur Stamoulis, executive director of Citizens Trade Campaign, which organized the letter.

“Civil society is unprecedentedly united against the TPP, however, due to the pact’s significant threats to jobs and wages, food safety, public health and the environment,” Stamoulis said.

In a separate letter sent earlier Monday, more than 400 businesses in 10 states signed off in calling for lawmakers to support and pass the trade pact.

“The questions policymakers should be asking about these rules is whether, on the whole, they would create American jobs, raise our wages, enhance environmental sustainability, improve public health and advance human rights and democracy,” the letter said.

Comments Off on Labor, environmental groups call on Congress to oppose TPP

Posted on May 8, 2016 by ifnm| Comments Off on America first vs. Third World first

Curtis Ellis cites ‘globalist betrayals’ of Clintons through the years. A Choice Not an Echo: That was Phyllis Schlafly’s assessment of the 1964 race between Barry Goldwater and Lyndon Johnson.

This November, for the first time in 52 years, Americans will again have a clear choice: Donald Trump vs. Hillary Clinton.

The choice is between nationalism and globalism.

Donald Trump will put the interests of America first. Hillary Clinton will sacrifice America on the altar of globalism.

Trump promises economic policies whose first priority is raising the standard of living for Americans.

This is heresy to the globalists who fancy themselves “global citizens” and occupy the aeries of power in the corporate, academic and political establishments.

Hillary Clinton is their tribune. Hence Paul Ryan, Mitt Romney and a parade of trans-globalists who publicly self-identify as Republicans say they would rather sit the election out or vote for Hillary than support Donald Trump.

Over the coming weeks, the Clinton’s record will be revisited and exposed for what it is – a betrayal of the American people and America’s national interest.

Comments Off on America first vs. Third World first Comments Off on Former Mexican President to Trump: ‘NAFTA Is a Miracle’

Posted on May 4, 2016 by ifnm| Comments Off on Perot: Free trade means a weak America (Video) 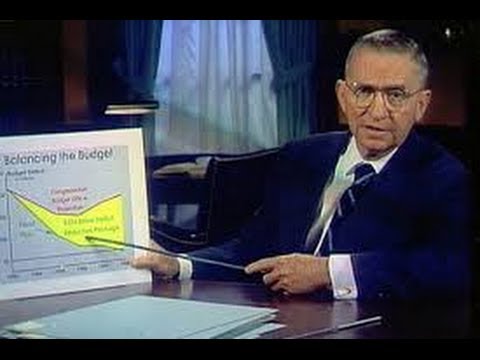 Learn how the Trans-Pacific Partnership (TPP) is a bad deal for America because it threatens our jobs and our national independence. 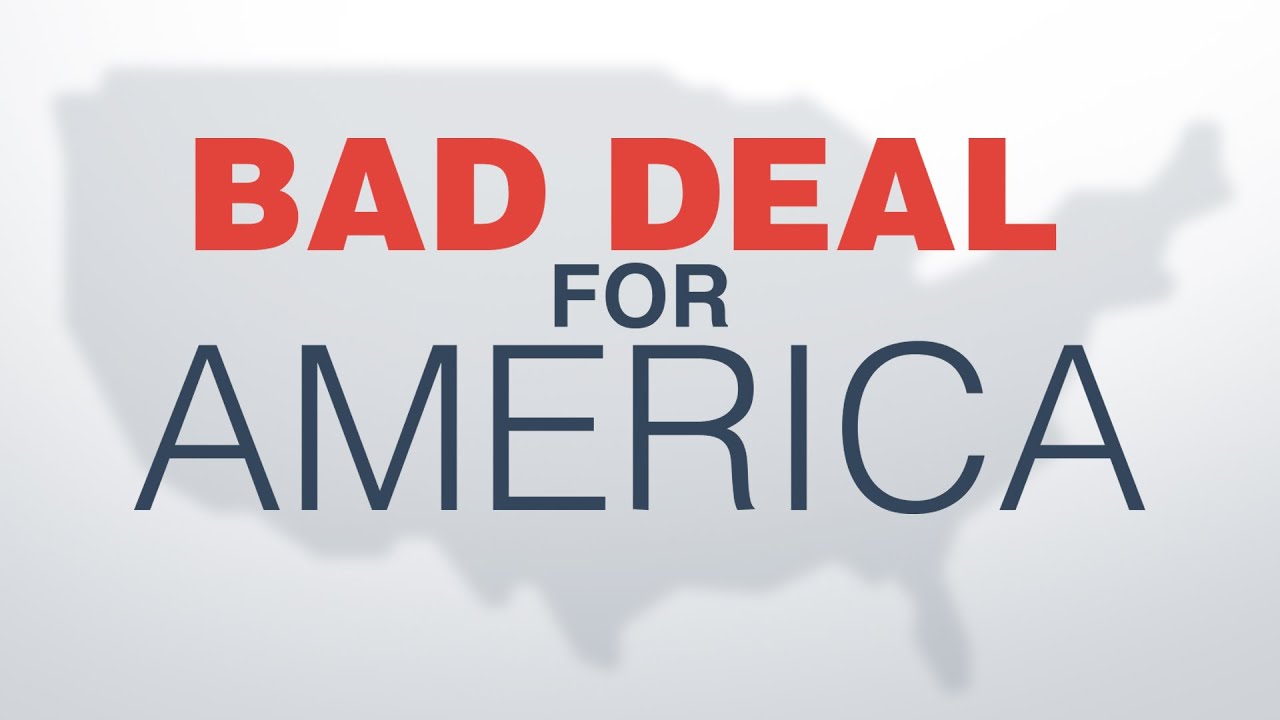 Comments Off on Bad Deal for America (Video)