“We’re the ones paying for it.”

Posted on April 3, 2016 by ifnm| Comments Off on Jeff Sessions: TPP ‘Breathtaking … Erosion of Sovereignty’

Sen. Jeff Sessions is blasting the Trans Pacific Partnership (TPP) trade deal that was made public Thursday. Sessions tells Breitbart News Daily on SiriusXM that the deal is “an erosion of sovereignty.” “They’re not even asserting that it will create jobs in America, raise wages in America or reduce our trade deficit because these agreements in the past have been bad for all three,” Sessions told Breitbart News’ Stephen K. Bannon.

Bannon asked Sessions about a commission that is formed through the TPP that could potentially have an effect of global governance.

“I think for President Obama, I do believe the driving force behind this is a belief that this is some sort of a one unified governmental structure. It creates judicial bodies. The language of it confirms what I’ve been saying,” Sessions said, affirming the creation of an oversee commission that will have control over the parties and interpretation of this agreement.

On the commission’s control and oversight, Sessions said, “It’s really breathtaking and it’s an erosion of sovereignty.” He added, “particularly an erosion of congressional power.”

“The president can participate in some of these things and advance what he’d like to see, but it takes the people out through their elected congressional representatives,” he explained.

Comments Off on Jeff Sessions: TPP ‘Breathtaking … Erosion of Sovereignty’

There is much debate over the negative effects of massive trade deficits, and what the best strategy for correcting them might be, but it’s hard to deny the U.S. trade deficit with China is staggering in scale … and it got that way after just a few decades of old-school “free trade” orthodoxy. Raul Amoros of HowMuch.net puts the issue in perspective:

The start couldn’t be more balanced: in 1985, the U.S. exported $3.9 billion to China, and imported goods and services for the exact same amount. But by 2015, there was a staggering imbalance, to China’s advantage, of $365.7 billion – an all-time record, not just for U.S.-China trade, but for any bilateral trade, ever.

Posted on March 18, 2016 by ifnm| Comments Off on Robert Reich: America’s problem isn’t free trade — it’s the demise of an entire economic system

Factory work was once the backbone of the middle class. Now it’s all but gone, replaced by low-paying service jobs. Both Bernie Sanders and Donald Trump are blaming free-trade deals for the decline of working-class jobs and incomes. Are they right?

Clearly, America has lost a significant number of factory jobs over the last three decades. In 1980, 1 in 5 Americans worked in manufacturing. Now it’s 1 in 12.

Today Ohio has a third fewer manufacturing jobs than it had in 2000. Michigan is down 32 percent.

Trade isn’t the only culprit. Technological change has also played a part.

When I visit one of America’s remaining factories, I rarely see assembly-line workers. I don’t see many workers at all. Instead, I find a handful of technicians sitting behind computer screens. They’re linked to fleets of robots and computerized machine tools who do the physical work.

There’s a lively debate among researchers as to whether trade or technology is more responsible for the decline in factory jobs. In reality the two can’t be separated.

Were it not for technological breakthroughs we wouldn’t have the huge cargo containers, massive container ports and cranes, and satellite and Internet communications systems that have created highly-efficiently worldwide manufacturing systems.

“In 2015, the U.S. deficit with TPP countries translated into 2 million U.S. jobs lost, more than half (1.1 million) of which were in manufacturing.”

Ohio lost 112,500 jobs in 2015 resulting from the United States’ trade deficit with countries that are part of the Trans-Pacific Partnership agreement, according to an analysis by the Economic Policy Institute.

That places Ohio sixth, in terms of the percentage of jobs lost to trade with TPP countries, among the 50 states and the District of Columbia ranked in the report released Thursday by the liberal Washington, D.C.-based think tank. The lost jobs represent nearly 2.2 percent of employment in Ohio, according to the analysis.

The total number of lost jobs includes those directly and indirectly impacted by the trade deficit with TPP countries. It also includes the number of jobs EPI says would have been created through the multiplier or “respending” effect had trade with those countries been more balanced.

The TPP is a free trade agreement between the United States and 11 partnership countries, including Canada, Mexico, Japan, Singapore and Malaysia. While the countries have reached final agreement on the trade accord, it probably will not go into effect for several months. The agreement must clear several hurdles, including final ratification by Congress.

Comments Off on Ohio lost 112,500 jobs due to trade with TPP countries (graphic): EPI

Donald J. Trump Makes the Case that Electing Him President Is the Only Way to Stop Obamatrade

Posted on February 1, 2016 by ifnm| Comments Off on Donald J. Trump Makes the Case that Electing Him President Is the Only Way to Stop Obamatrade

Donald J. Trump, a billionaire and currently the front-running 2016 GOP presidential candidate, made the case exclusively to Breitbart News on Saturday that the only way to stop Obamatrade is to elect him President of the United States. Obamatrade is the combination of and intersection between the Trade Promotion Authority (TPA), which passed Congress last year and greases the skids for the congressional approval of various trade deals by lowering U.S. Senate vote thresholds from 60 votes to 51 votes and killing the ability of Congress to amend those deals, and those various trade deals.

Perhaps the most egregious of those globalist trade deals is the Trans Pacific Partnership (TPP), a 5,544 page Pacific Rim trade deal that creates a new global governance commission that jeopardizes U.S. sovereignty, but there are at least two other trade deals that are part of Obamatrade: The Transatlantic Trade and Investment Partnership (T-TIP) and the Trade in Services Agreement (TiSA).

“Our leaders have negotiated terrible deals that are bleeding this country dry,” Trump said in a statement provided exclusively to Breitbart News. “The TPP is another terrible one-sided deal that rewards offshoring and enriches other countries at our expense. I will stop Hillary’s Obamatrade in its tracks, bringing millions of new voters into the Republican Party. We will move manufacturing jobs back to the United States and we will Make American Great Again.”

Comments Off on Donald J. Trump Makes the Case that Electing Him President Is the Only Way to Stop Obamatrade

Posted on December 1, 2015 by ifnm| Comments Off on Expect influx of foreign workers, professionals under TPP, experts say

Many regulated professions, including trades, written into deal’s fine print. 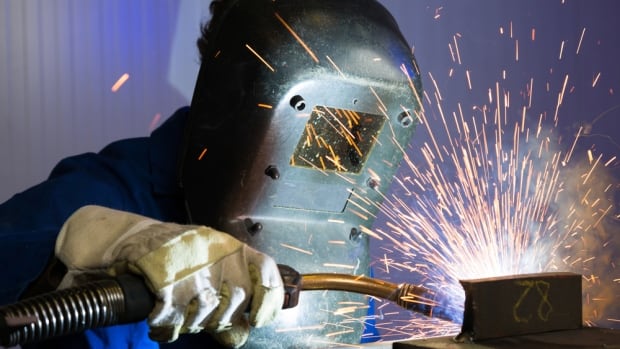 The Trans-Pacific Partnership agreement has significant implications for the movement of workers to and from Canada, with experts predicting it will open the Canadian labour market to a new wave of foreign workers.

That influx may or may not be offset by increased opportunities for Canadian workers to move abroad, the experts say.

“It reduces barriers significantly to a wider scope of nations” than previous trade agreements, he said.

No need to prove a Canadian unavailable for jobs

Rosenberg said he was surprised by the number of skilled occupations included in the agreement that won’t require employers to perform labour market assessments to prove no Canadians are eligible for the jobs.

“It’s incredible how many skilled trades that are typically unionized positions are opened up to work permits [without labour market assessments],” he said.

Comments Off on Expect influx of foreign workers, professionals under TPP, experts say

Laura Ingraham notes that, in her opinion, the people are expressing an absolute lack of confidence in the federal government to look out for the interests of the average American. She also recognizes the language of Obama in Paul Ryan’s comments, his assertion that we’re not going to have a religious test. She says, “I don’t think that’s going to sit well with people, because you’re now using the language of the left to advocate for a new Republican way forward.”

Laura Ingraham didn’t want Paul Ryan to be the House Speaker and wasn’t pleased that he was maneuvered into position; a sentiment shared by many who knew the snake would be and now is pretending to be guarding the chicken house. She knows what is going on. Not only did the money changers’ chief spokesperson and enabler get placed into position to be manipulate the system in their favor, but the so-called conservatives, particularly Rep Jim Jordan (R-OH) and the so-called Freedom Caucus sold us out along the way.

Now we’ve got Ryan, the sovereignty-killing TPP pitch man, telling us that we can flood the US with Islamists, the worst of all amnesty programs, just as he promised he would not do to the naïve at best, most likely corrupt and culpable Freedom Caucus. Maybe Traitor Caucus is a moniker which is more appropriate for them or one which should be extended to cover virtually any gathering of any subgroup or the entire 435 Representatives. Maybe the single party, the Democrat Republicans should just be called the Traitor Party, and we’ll move on to formulate a new one.

Posted on November 7, 2015 by ifnm| Comments Off on TPP Trade Deal Hits U.S. Immigration In ‘A Massive Way’

Speaker of the House Rep. Paul Ryan previously denied that the Trans Pacific Partnership (TPP) trade deal impacted U.S. immigration; however, now that the full 5,544 pages of the TPP are public and being reviewed by experts, it’s clear Ryan’s statement was false. “The way we wrote TPP, it deals strictly with trade and not immigration,” Ryan told Newsmax six months ago, adding that the idea the TPP consists of immigration reform is “the latest urban legend.”

However, in Chapter 12 of the TPP titled “Temporary Entry for Business Persons,” the word “immigration” is mentioned nearly 10 times. Furthermore, both Chapter 12 and Chapter 10 in the TPP deal with immigration law – specifically foreign workers entering the United States.

Rosemary Jenks, the Director of Government Relations for NumbersUSA, reviewed both Chapter 10 and Chapter 12 of the TPP and told Breitbart News that the TPP definitely impacts immigration in the United States.

Comments Off on TPP Trade Deal Hits U.S. Immigration In ‘A Massive Way’

The Trans Pacific Partnership (TPP) trade agreement between the U.S. and 11 other countries contains a chapter on intellectual property rights that could impact freedom of expression, according to The Guardian. This news comes after Breitbart News reported there is a controversial chapter on immigration law within the Trade in Services Act (TiSA), another part of President Obama’s trade pact. The treaty would give signatories the ability to curtail legal proceedings if the theft of information is “detrimental to a party’s economic interests, international relations, or national defense or national security”–in other words, presumably, if a trial would cause the information to spread.

However, whistleblower laws in each country would still apply, according to a drafter’s note.

“The text of the TPP’s intellectual property chapter confirms advocates warnings that this deal poses a grave threat to global freedom of expression and basic access to things like medicine and information,” Fight for the Future’s campaign director, Evan Greer, stated:

But the sad part is that no one should be surprised by this. It should have been obvious to anyone observing the process, where appointed government bureaucrats and monopolistic companies were given more access to the text than elected officials and journalists, that this would be the result.