Posted on January 9, 2020 by ifnm| Comments Off on American Paintings: The Return by Thomas Cole w/Video

“The Return” by Thomas Cole. In 1836 William Paterson Van Rensselaer commissioned Thomas Cole to produce a pair canvases representing morning and evening. The Departure, set in summer, depicts a lord leading a detachment of knights on some valiant crusade. The Return, an autumn landscape, shows him being carried to church on a stretcher, trailed by a lone escort and his riderless horse.

Comments Off on American Paintings: The Return by Thomas Cole w/Video

Albert Bierstadt (January 7, 1830 – February 18, 1902) was a German-American painter best known for his lavish, sweeping landscapes of the American West. He joined several journeys of the Westward Expansion to paint the scenes. He was not the first artist to record the sites, but he was the foremost painter of them for the remainder of the 19th century.

Durand’s landscapes were so popular that they were often acquired by enthusiastic collectors almost as soon as the artist finished painting them. Morris K. Jesup, who commissioned this painting, also owned “The Beeches” (15.30.59) and several other important pictures by artists of the Hudson River School. In this view of luminous water and misty distance, he demonstrated how carefully he analyzed the subtle changes taking place in nature and showed how well he knew the technical secrets of depicting them.

Posted on November 25, 2019 by ifnm| Comments Off on American Paintings: Thomas Cole, The Architect’s Dream w/Video

The Architect’s Dream is an 1840 oil painting created by Thomas Cole for New York architect Ithiel Town. Cole incorporated pieces of architecture from Egyptian, Greek, Roman, and Gothic styles in various different parts of the painting, having dabbled in architecture previously.[1] Cole finished the painting in only five weeks and showed it in the National Academy of Design annual exhibition that year.

Posted on November 12, 2019 by ifnm| Comments Off on Thomas Hill – Indian by a lake in a majestic California landscape Date 1870

Thomas Hill (September 11, 1829 – June 30, 1908) was an English-born American artist of the 19th century. He produced many fine paintings of the California landscape, in particular of the Yosemite Valley, as well as the White Mountains of New Hampshire.

Posted on November 8, 2019 by ifnm| Comments Off on American Paintings: Oil Study of Cotopaxi by Frederic Edwin Church 1862 (w/Video)

Cotopaxi, the quintessential nineteenth-century vision of nature’s sublime and terrifying power, was painted on commission for the well-known book collector and philanthropist James Lenox when Church was at the height of his fame. The painting made a tremendous impact on the American art public, who perceived it as a geological parable of the Civil War then in progress. The viewer’s attention is focused on two principal motifs—the burning disc of the rising sun in its contest with the smoldering volcano. The colors radiate with fiery intensity against a low, pearlescent skyline. In this cosmic drama of light dispelling darkness, Church mirrors the contemporary tragedy of the Civil War and offers hope for its resolution through the cross formed by the sun’s reflection on the lake. No other representation so summarized American ideals at this critical point in the nation’s history.

Posted on February 23, 2018 by ifnm| Comments Off on American Paintings: Young America by Thomas Le Clear 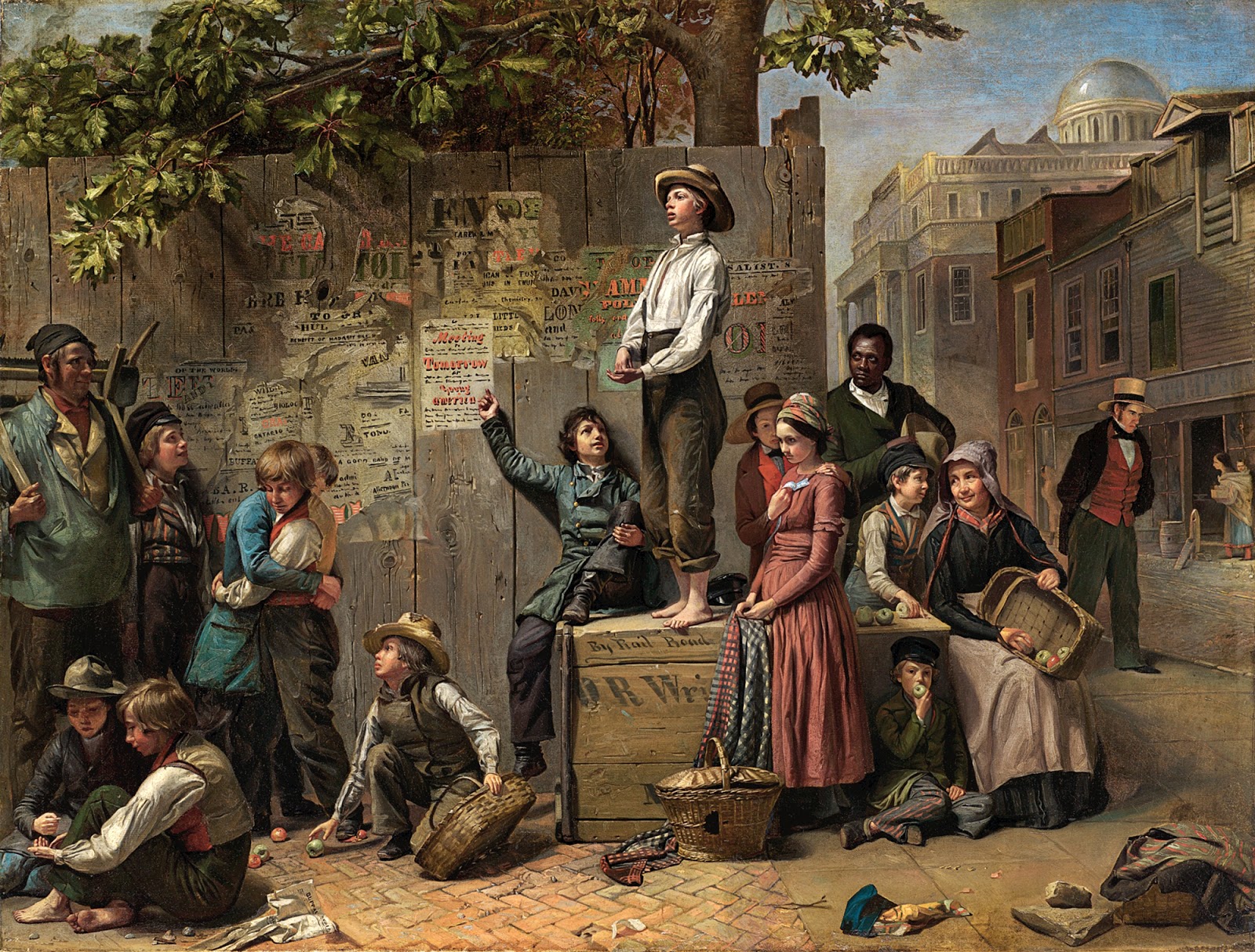 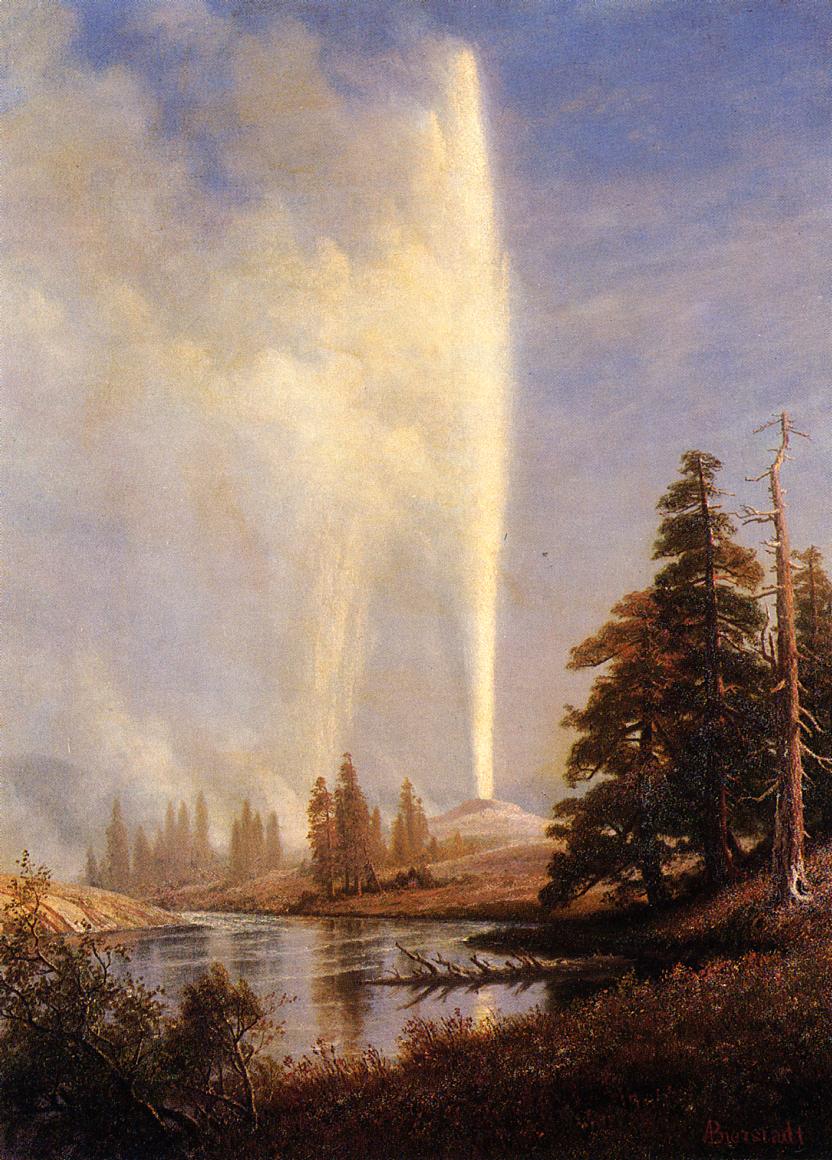 Posted on August 21, 2017 by ifnm| Comments Off on You Are Not Forgotten – New Trump Painting – Jon McNaughton (American Paintings) – Video

When I decided to paint this picture, I wondered if this was taking it too far. But, sometimes you have to speak forcefully, like the brushstrokes of my painting. Many Americans have felt forgotten by the establishment in Washington. I’m talking about the people who are more interested in themselves, and their political careers.

How many veterans have been neglected? How many of our police officers have been marginalized? How many families are suffering because of poor healthcare, limited opportunities, and government intrusion?

Last year we elected President Trump. He expressed by his words and demeanor what Americans wanted – a man who was not going to bow down to Washington or other countries. A man that would not forget the “forgotten men and women” of this country who elected him.

I want a president that will crush the enemies of liberty, justice, and American prosperity.