Wild Bill for America: The Shame of the NFL (Video)

Posted on November 30, 2016 by ifnm| Comments Off on Wild Bill for America: The Shame of the NFL (Video)

Marine Corps Colonel Jeffery Powers challenges the NFL over their despicable disrespect of the American flag. 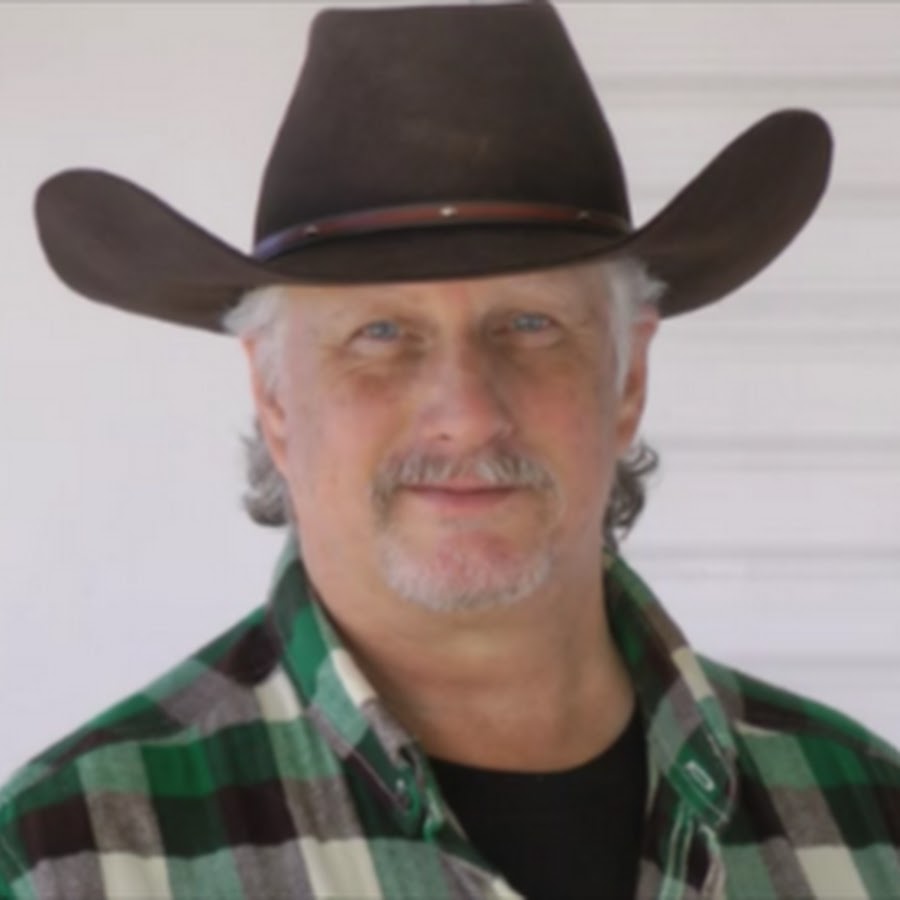 Comments Off on Wild Bill for America: The Shame of the NFL (Video)

The Department of Health and Human Services is raiding several of its accounts, including money for Medicare, the Ryan White AIDS/HIV program and those for cancer and flu research to cover a shortfall in housing illegal youths pouring over the border at a rate of 255 a day.

HHS is trying to come up with $167 million to fund the Office of Refugee Resettlement that is accepting the youths, according to the Center for Immigration Studies.

Policy Director Jessica Vaughan said that insiders have told her that the funding crisis has forced the department to squeeze programs for money.

Posted on November 30, 2016 by ifnm| Comments Off on Cologne Police Consider Helicopters and ‘Women Retreats’ to Fight Migrant Sex Attacks

After more than 1,000 women were mugged, sexually assaulted, and raped by migrants last New Year’s Eve, the city of Cologne is considering using helicopters, registering all newcomers, and setting up “women retreats” to keep females safe this year. The official recommendations were made to police in a report, seen by Cologne’s Express newspaper, written by expert police who have analysed theevents at the New Year’s Eve celebrations last year.

“A consistent and comprehensive first-time survey of asylum seekers/refugees at entry is regarded as mandatory for both preventive policing… and investigative inspection,” the report asserts.

The authors say the establishment of “women retreats/security points” should be examined, and police should look to deploy specially trained female sexual offence officers to the streets “in order to carry out qualified questioning and secure objective evidence”.

They also suggest extra “police horses, helicopters, and elevated observation positions” to control the mobs and revellers this year, and much-expanded use of surveillance including “vigorously documenting video surveillance and sufficient light sources”.

Furthermore, the report argues that there must be more work done to integrate immigrants and “improve the basic conditions which result in social-structure disadvantages and frustrations as a result of lack of personal exchange, financial participation, recognition, and barriers to getting to know women.”

A leaked video obtained by the Breitbart Texas shows a crew of Gulf Cartel gunmen preparing to incinerate dozens of murdered victims. They are also seen playing soccer with a human head. The incineration of victims is a long standing practice that allows the criminal organization to avoid scrutiny as well as help Mexican government officials continue to claim low crime statistics.

In the leaked video, a man holding a cell phone claims to be part of the Gulf Cartel and that the group is cooking “rats” or rivals members. The man appears to be holding a beer on the other hand as he narrates in Spanish the fate of their rivals.

In the background of the video, various other cartel members can be seen punching holes in 55-gallon drums and placing rocks and body parts inside. One of the men then asks for a “spark” referring to a lighter. The man with the cell phone then begins to kick the head of one of a murder victim as if it were a soccer ball. Another is heard stating that in a village, Los Zetas members had played soccer with the severed heads of children.

Posted on November 30, 2016 by ifnm| Comments Off on Universities Fast-track Foreign Students into 147,000 White-Collar U.S. Jobs

U.S. universities are rapidly increasing the number of fee-paying foreign students who are being fast-tracked into the professional jobs sought by American graduates. In 2009, the universities helped 67,804 foreign graduates get white-collar jobs under the little-known Optional Practical Training program, which allows foreigners to get professional-grade jobs inside the United States for at least three years.

By 2016, the universities worked with companies to get at least 147,498 foreign student customers into the white-collar jobs, according to the Institute of International Education, a New York-based group run by trustees from industry, education and Wall Street.

The OPT outsourcing program is great for the foreign students because it gets them a U.S. job for three years, and puts them on a track to win extremely valuable Green Cards and citizenship. It is great for employers because many OPT employees work for low salaries in the hope of eventually getting Green Cards — and also because the OPT employees are exempt from Social Security and Medicare taxes, unlike American employees.

The OPT system is also great for universities and colleges because it brings in more student customers from overseas, whose tuition fees greatly exceed the paperwork costs paid by universities to run the OPT program. That’s a big financial benefit for universities.

Posted on November 30, 2016 by ifnm| Comments Off on Tulane Protesters: White Students Must Be Held Accountable for Racism (Videos)

During a demonstration on the Tulane University campus, protesters largely from social justice organizations demanded white students be held accountable for perceived racism on campus. With chants like “White silence is violence,” social justice warriors marched across Tulane campus holding signs reading “White students: No one has to do everything, everyone has to do something,” claiming their campus was full of racism, according to the Tulane Hullabaloo.

The student newspaper reported that the demonstration was “in response to a lack of action from Tulane” regarding racism on campus, but did not cite any specific incidents.

The Hullabaloo reported that such racism at Tulane impacted the “personal safety and human rights,” but did not cite any reports of violence against minority students on campus.

Comments Off on Tulane Protesters: White Students Must Be Held Accountable for Racism (Videos)

Europe elections that could tear the EU apart: Votes in Italy, France, Germany and more

Posted on November 29, 2016 by ifnm| Comments Off on Europe elections that could tear the EU apart: Votes in Italy, France, Germany and more

A series of elections and referendums across Europe could plunge the EU into chaos as a wave of populism sweeps the continent. The Brexit vote and Trump victory have fuelled a wave of anti-establishment sentiment that could see several key elections won by right-wing populist parties.

Politicians such as France’s Marine Le Pen, Austria’s Norbert Hofer and the Netherlands’ Geert Wilders are all in with a fighting chance of winning power in coming months.

Victories for parties such as Le Pen’s Front National and the Freedom Party of Austria could spark a slate of Brexit-style referendums which might spell the end of the EU.

After decades of a liberal world order, these right-wing parties could also put an end to multiculturalism and open immigration in Europe.

What is Italy voting for?

Prime Minister Matteo Renzi has proposed sweeping constitutional reforms that would reduce the size and power of Italy’s upper chamber, the Senate.

The reforms are designed to end years of political gridlock and instability caused by Italy’s perfectly equal bicameral system.

Mr Renzi has pledged to step down if he loses the referendum and his resignation could spark a general election that might allow the anti-EU Five Star Movement to gain power.

Comments Off on Europe elections that could tear the EU apart: Votes in Italy, France, Germany and more

Posted on November 29, 2016 by ifnm| Comments Off on Populist-nationalist tide rolls on by Pat Buchanan

‘Old allegiances are fraying, and old allies drifting away’

Now that the British have voted to secede from the European Union and America has chosen a president who has never before held public office, the French appear to be following suit.

In Sunday’s runoff to choose a candidate to face Marine Le Pen of the National Front in next spring’s presidential election, the center-right Republicans chose Francois Fillon in a landslide.

“Russia poses no threat to the West,” says Fillon. But if not, the question arises, why NATO? Why are U.S. troops in Europe?

As Le Pen is favored to win the first round of the presidential election and Fillon the second in May, closer Paris-Putin ties seem certain. Europeans themselves are pulling Russia back into Europe, and separating from the Americans.

Comments Off on Populist-nationalist tide rolls on by Pat Buchanan

Posted on November 29, 2016 by ifnm| Comments Off on Illegal Aliens Lose Battle in Birth Certificate Lawsuit Against Texas

A federal judge signed an order on Friday that denied a preliminary injunction in a lawsuit filed by citizens of Mexico and several Central American nations claiming entitlement to birth certificates for their children born in the United States. They sued the Vital Statistics Unit of the Texas Department of State Health Services saying the agency denied them the certificates because they did not possess the required identification. As reported by Breitbart Texas in July, the parent plaintiffs of the 23 children claimed that the state of Texas violated their children’s rights because the Fourteenth Amendment provides that any child born on U.S. soil is an American citizen as well as a citizen of the state where they reside. The plaintiffs and their children reside in Texas. La Union del Pueblo Entero, Inc. (“LUPE”) is also a plaintiff in the case. LUPE describes itself as a non-profit organization dedicated to promoting the health, education, labor, and civil rights of indigent farm workers and other low-wage workers in the Rio Grande Valley.

The illegal immigrants filed a lawsuit in U.S. District Court in Austin in June stating that the birth certificates were being denied because of their immigration status. The plaintiff illegal immigrants argued that, “Such refusal is de facto based upon the immigrant status of the Plaintiff parents.”

In the lawsuit, the parents did not refer to themselves as “immigrants,” or “illegal immigrants.” They referred to themselves in their legal capacity “as next friend.”

Posted on November 29, 2016 by ifnm| Comments Off on 85 languages spoken in Buffalo schools as ‘New Americans’ enter classrooms

English language learners now make up 15 percent of the district’s enrollment, and as a whole, they are among the lowest-performing, state figures show. They also are the fastest-growing segment. 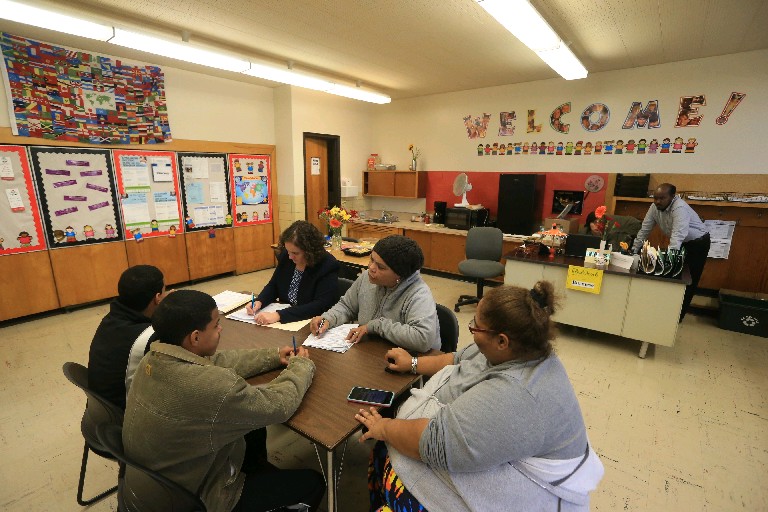 The two young Somali sisters sat at a table in the central registration center signing up for what would become their next big challenge in their journey to America – school.

They came to enroll in the Buffalo Public Schools at an old building on Ash Street, an Ellis Island of sorts for thousands of immigrants and refugees entering an education system that has struggled over the years to keep up with their growing numbers.

Many show up speaking no English. Others may have had little formal education in their home countries. Most encounter vast cultural differences.

The City of Buffalo has taken in thousands of immigrants and refugees in recent years, and it’s reflected in many of its schools. More than 85 different languages are spoken throughout the district, but that number can change by the day.