Gene Eliza Tierney (November 19, 1920 – November 6, 1991) was an American film and stage actress. Acclaimed as one of the great beauties of her day, she is best remembered for her performance in the title role of Laura (1944) and her Academy Award-nominated performance for Best Actress in Leave Her to Heaven (1945).

The Age of Tokenism by Victor Davis Hanson

Nowhere is tokenism more manifest than in the debate over illegal immigration. No one knows whether there are 11 or 18 million illegal immigrants in the United States. It is taboo to suggest that the nearly $50 billion sent annually to Latin America from the U.S. is largely from illegal immigrants, or that the remittances increase the likelihood that these foreign nationals must seek public assistance here, which drains local and state economies.

It is a depressing characteristic of government today to loudly enact legislation and impose regulations of little utility, while neglecting to address the root causes of truly serious problems. We do not know to what degree a Sandy Hook or a Columbine is caused by improperly treated mental illness, violent video games, Hollywood’s saturation of the popular culture with graphic mayhem — or access, by hook or by crook, to semi-automatic “assault” rifles. But we do know that the latter play almost no role in Chicago’s horrific annual tally of 500 murders — and account for less than 1 percent of the gun-related deaths in the United States each year. Yet we also confess that taking on Hollywood, the video-game industry, or the mental-health establishment would be far more acrimonious and politically risky than demonizing the National Rifle Association.

In the case of big-city murdering, serious talk about the culture of gangs and the causes of the pathology of thousands of minority males, who are vastly overrepresented as both victims and perpetrators of gun violence, is a no-win proposition, given the politically correct climate and the existential issues involved. Can one imagine any politician decrying the violent lyrics of rap music, the culture of dependency on government, or the absence of stiff incarceration for the use of a gun during a crime with the same zeal that he has shown in going after the NRA?

On yesterday’s Today Show, MediaPost editor-at-large Barbara Lippert complained that the spot was guilty of “just saying ‘Black people are happy.’ Didn’t anyone look at this? This is so racist.”

No sooner did Volkswagen release its $7.8 million (air time only), 60-second Super Bowl commercial on YouTube than self-appointed critics started slamming it as “racist.”

The commercial’s premise is that driving a Beetle makes you so happy, it turns you into a laid-back Rasta, complete with Jamaican accent.

Its lead character, a white-bread office worker originally from Minnesota, goes around telling colleagues things like “No worries, mon, ever’t’ing will be awright,” “Julia, turn dat frown de udder way ‘roun,” and “Don’t be no cloud on a sunny day.” And that was enough to provoke an overnight firestorm of political correctness.

Ted Nugent joins Glenn Beck on his radio show and denies that he’s trying to overthrow the United States government.

While Sotomayor’s book mentioned her involvement with the Third World Center (TWC), she left out that the group’s politics were laced with anti-American and anti-white rhetoric.

Sotomayor’s time at Princeton takes up much of the book, but her account of her alma mater left a lot out, especially her involvement in left-wing politics and an explicitly anti-white club. In fact, despite her self-description as “more as a mediator than a crusader” on racial and political issues, the archives of Princeton show that it was just the opposite. According to The Daily Princetonian, Sotomayor even “helped shape” Princeton’s affirmative action practices and used her position as a student judge to advance a left-wing agenda.

As a sophomore, Sotomayor, then co-chairman of the Puerto Rican student group Accion Puertorriquena, filed an April 1974 complaint with the New York office of the Department of Health, Education, and Welfare (HEW) demanding that Princeton do a better job recruiting Latino administrators, faculty, and students. She delivered not one, but two letters to the president of the university calling for explicit quotas and timetables for Latino students, faculty, and administrators—and got results.

“Over the next few years, the University established new hiring and recruitment practices that gradually changed the ethnic makeup of the faculty as well as the student body,” wrote The Daily Princetonian in 2009.

He concluded, “We love our families, we love our country, we believe in freedom, and we’re the millions from all walks of life who take responsibility for our safety and protection.”

NRA CEO Wayne LaPierre spoke at a Senate hearing on gun violence. He stressed the need to enforce gun laws that currently exist rather than drafting new ones.

“Proposing more gun laws while failing to enforce the thousands we already have – it’s not a serious solution for reducing crime,” he said.

He concluded, “We love our families, we love our country, we believe in freedom, and we’re the millions from all walks of life who take responsibility for our safety and protection.”

Let’s expose presidential prevarication. Earlier this year, President Barack Obama warned that Social Security checks will be delayed if Congress fails to increase the government’s borrowing authority by raising the debt ceiling. However, there’s an issue with this warning. According to the 2012 Social Security trustees report, assets in Social Security’s trust funds totaled $2.7 trillion, and Social Security expenditures totaled $773 billion. Therefore, regardless of what Congress does about the debt limit, Social Security recipients are guaranteed their checks. Just take the money from the $2.7 trillion assets held in trust.

If the congressional Republicans had one ounce of brains, they could easily thwart the president and his leftist allies’ attempt to frighten older Americans about not receiving their Social Security checks and thwart their attempt to frighten other Americans by saying “we are not a deadbeat nation” and suggesting the possibility of default if the debt ceiling is not raised. In 2012, monthly federal tax revenue was about $200 billion. Monthly Social Security expenditures were about $65 billion per month, and the monthly interest payment on our $16 trillion national debt was about $30 billion. The House could simply enact a bill prioritizing how federal tax revenues will be spent. It could mandate that Social Security recipients and interest payments on the national debt be the first priorities and then send the measure to the Senate and the president for concurrence. It might not be a matter of brains as to why the Republican House wouldn’t enact such a measure; it likes spending just as the Democrats.

Agents gathered at the medical-office complex of Dr. Salomon Melgen, a contributor to Menendez and other prominent politicians, to start hauling away potential evidence in several vans.

US Senator Robert Menendez (D-NJ) speaks during a press conference on an agreement for principles on comprehensive immigration reform framework at the US Capitol in Washington, DC, on January 28, 2013.

Over the weekend, many were disgusted that ABC conducted a lengthy interview with Senator Robert Menendez (D-NJ), but failed to ask him a single question about the allegations that he paid young foreigners to sleep with him. Especially considering Menendez may soon take over the prominent role of chairman of the Senate Foreign Relations Committee with John Kerry’s appointment as secretary of state.

While none of the claims have been proven, it appears as though the authorities may have begun expanding their investigation (it was reported by the Associated Press last month that Menendez was employing an illegal immigrant and sex offender as an unpaid intern, but that Homeland Security instructed federal agents not to arrest him until after the election).

On Tuesday night, the office of a Florida doctor who contributed heavily to Menendez’ campaigns and is accused of facilitating the senator’s x-rated trips to the Dominican Republic was raided by the FBI.

Agents gathered at the medical-office complex of Dr. Salomon Melgen, a contributor to Menendez and other prominent politicians, to start hauling away potential evidence in several vans. 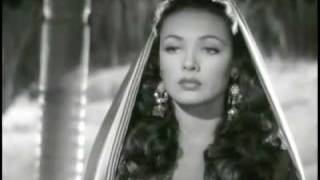