Posted on January 8, 2021 by ifnm| Comments Off on Joe Scarborough calls for arrest of President Trump, Rudy Giuliani and Donald Trump Jr. for ‘insurrection’

Federal prosecutor said Thursday the possibility has not been ruled out

MSNBC host Joe Scarborough expressed outrage Thursday over the storming of the Capitol Building the night before by Trump supporters, and called for the arrests of President Donald Trump along with his attorney, Rudy Giuliani, and son, Donald Trump Jr., for “insurrection” for the language the trio used in speaking to the protesters before they marched to the Hill.

Later in the day, the federal prosecutor handling the investigations of the Capitol breach signaled that the prospect of such high level arrests has not been ruled out.

Comments Off on Joe Scarborough calls for arrest of President Trump, Rudy Giuliani and Donald Trump Jr. for ‘insurrection’

Graphic Quotes: Rudy Giuliani on Hillary Clinton and the Law

Posted on October 12, 2016 by ifnm| Comments Off on Graphic Quotes: Rudy Giuliani on Hillary Clinton and the Law

Rudy Giuliani reacted to Donald J. Trump saying he will instruct a special prosecutor to look into Hillary Clinton if he’s elected.

Comments Off on Graphic Quotes: Rudy Giuliani on Hillary Clinton and the Law

He’s Fired Up for Trump! 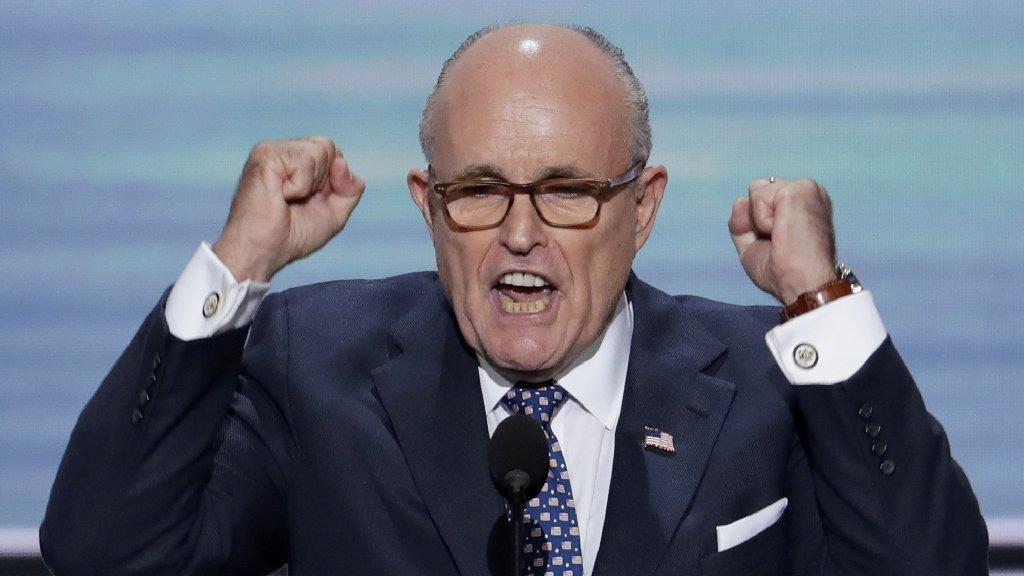 Posted on July 19, 2016 by ifnm| Comments Off on Rudy Giuliani Brings Downs the House in Cleveland (Video)

Former New York City Mayor Rudy Giuliani addressed a passionate crowd of supporters at the Republican National Convention Monday night, where he spoke of the need to make America “safe” and whole again. “It’s time to make America ONE again,” Giuliani said. “I know it can be done because I did it by changing New York City from ‘the crime capital of America’ to, according to the FBI, the safest large city in America.”

“Who would trust her to protect them? I do not. Do you? Donald Trump will change all of that. In short, he will lead by leading, not by following. You know Donald Trump will secure our borders. His opponent has had her chance to do this and failed. Hillary Clinton is for open borders. She is in favor of taking in Syrian refugees, even though the Islamic State has told us they are going to put their operatives in these groups so they can carry out terrorist acts against us and our allies. We can’t afford to repeat the mistakes of the past.”

“If I had an organization named ‘White Lives Matter,’ you would say that it’s a racist organization.” Rudy Giuliani

Comments Off on Graphic Quotes: Rudy Giuliani on ______ Lives Matter

Posted on July 5, 2016 by ifnm| Comments Off on Giuliani: Shocked at Comey’s conclusion for 2 reasons (Video) Comments Off on Giuliani: Shocked at Comey’s conclusion for 2 reasons (Video)

Giuliani: Unions Will Back Trump Because He Can Create Jobs Like Reagan, Blacks Will Support Him (Video)

Posted on February 20, 2016 by ifnm| Comments Off on Giuliani: Unions Will Back Trump Because He Can Create Jobs Like Reagan, Blacks Will Support Him (Video)

“I’ll give you one person I just had dinner with, the head of the Correction Workers Union (COBA) in New York, Norman Seabrook. African-American, enormously well respected. He said to me tonight, ‘I’m endorsing Donald Trump, because he can get jobs,'” the former NYC mayor said. 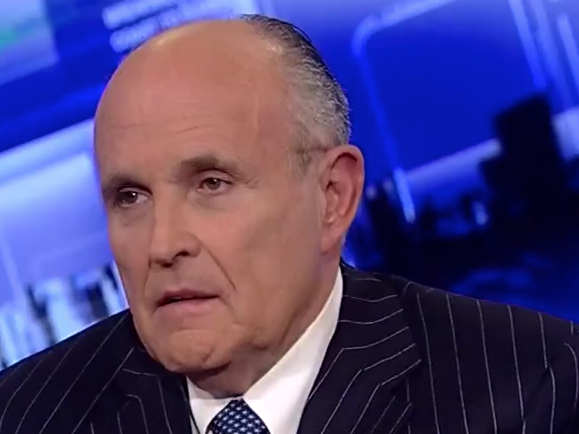 Former New York City mayor Rudy Giuliani explains why he is choosing Donald Trump over Sen. Ted Cruz in a Tuesday night appearance on Megyn Kelly’s FOX News show. Giuliani said Cruz is “too right-wing and rigid” and would be unable to win the northeast and west. Giuliani believes Trump can reach out to Reagan Democrats, black voters and Latino voters.

Giuliani cited a meeting he had with an African-American union leader in New York City who admitted he would be supporting Trump because he will bring jobs. He said Trump can attract the black vote because he does not carry the “burden” that the Republican party is anti-black.

“Donald is the more practical guy,” Giuliani explained. “I have to tell you, he’s a personal friend. Four of the candidates are personal friends. I love them all, hard to pick. I don’t know who I’m going to endorse, but between Trump and Cruz, Cruz is too right wing and rigid. He will give away the northeast, gone… Maryland up to Maine, gone. California up to Washington, Oregon, gone.”

Comments Off on Giuliani: Unions Will Back Trump Because He Can Create Jobs Like Reagan, Blacks Will Support Him (Video)

“Now we got a president who doesn’t want to say Islamic terrorism. We got a president who has made an agreement with a mass murder, the Ayatollah, who has just yesterday said he believes Israel will be gone in 25 years—so I just feel somehow, somebody is not reading history.”

Friday on the 14th anniversary of the Sept. 11, 2001 terrorist attacks, former New York City mayor Rudy Giuliani proclaimed on NYC’s AM 970’s “The John Gambling Show” that we are more at risk than we were prior to this day 14 years ago.

Giuliani said, “I think I feel almost the emotion I did then. I have the same anger and the same feeling of loss, with the same sense that with what’s going on in the world, we are at even more risk than we were then. Seems like we haven’t learned our lessons from the past.”

He continued, “I’m so concerned about ISIS and al Qaeda and Iran, and the president’s basically, kind of, state of denial of the dangers that Iran poses to us. It reminds me of the days before September 11, when we were in a state of denial over bin Laden when he declared war on us. The USS Cole—we did nothing about it and then all of a sudden—bam—we have September 11.”