Russell Brand: So, It WAS All A Scam (Video)

Private health care companies are scamming us. Today I’m joined by Dr Bob Gill who tells me all about the privatization of healthcare, how the pandemic response was about profit, big pharma’s funding of the FDA and its biased medical research. You will LOVE this!

Comments Off on Russell Brand: So, It WAS All A Scam (Video)

The thing about British GPs; another broken manifesto pledge on the horizon… (Video)

Posted on May 4, 2022 by ifnm| Comments Off on The thing about British GPs; another broken manifesto pledge on the horizon… (Video)

Seeing one’s family doctor in Britain these days is all but impossible and if by some miracle you do get an appointment, then the doctor is likely to be a foreigner. There are three reasons for this, all directly caused by the government of Britain.

Comments Off on The thing about British GPs; another broken manifesto pledge on the horizon… (Video)

Why does Britain import more than half of its new doctors each year from third world countries? (Video)

Posted on January 4, 2022 by ifnm| Comments Off on Why does Britain import more than half of its new doctors each year from third world countries? (Video)

In 2019, 60% of new doctors practicing in Britain for the first time came from abroad. Most were from lesser economically developed countries in Asia and Africa. This situation is far from desirable, either for Britain or the countries from which these doctors are being poached.

Comments Off on Why does Britain import more than half of its new doctors each year from third world countries? (Video)

A group of 18 former NBA players have been accused and charged of defrauding the league’s health and wellness benefit program out of roughly $4 million, according to a court indictment.

The charges were revealed on Thursday as most of the league’s teams get set to begin their second preseason game.

As the Associated Press reports:

Federal prosecutors planned a news conference to describe the case that was brought in Manhattan federal court. It wasn’t immediately clear whether all those charged had been arrested.

According to the indictment, the ex-players engaged in a widespread scheme to defraud the plan by submitting false and fraudulent claims to get reimbursed for medical and dental expenses that were never actually incurred.

Posted on August 22, 2021 by ifnm| Comments Off on China’s “Psycho Boom” From Life in Lockdown (Video)

Mental health has long been a stigmatized topic in China. Under Chairman Mao’s rule, psychology was dismissed as a bourgeois self-delusion, and was even banned until the 1970s. But since the early 2000s, growing interest in mental health has created what’s known as a “psycho-boom”: more and more Chinese are opening up about their mental health struggles and seeking treatment. The collective trauma of the COVID-19 pandemic has further allowed people to open up in ways that never before seemed possible. Pop psychology and mindfulness-oriented apps have flourished, giving once-stigmatized discussions of mental wellbeing a new lifestyle cachet. This surge in interest has created a new problem, though—with lack of regulation in mental health care making it difficult for people in need to find reliable therapists.

Posted on July 2, 2021 by ifnm| Comments Off on New NIH funding requirement prioritizes diversity over finding cure for Alzheimer’s

Science does not see skin color, unless you’re administrating grant proposals at NIH

The National Institutes of Health recently announced a new requirement for participating in its NIH-wide BRAIN initiative: diversity.

The BRAIN initiative in an ongoing effort that joins scientists from various fields to work together to find treatments for neurological and psychiatric disorders such as Alzheimer’s and Parkinson’s disease as well as autism, epilepsy, schizophrenia, depression, and traumatic brain injury, according to the NIH website.

Harvard-affiliated physicians want to deliver ‘preferential care based on race’

Posted on June 2, 2021 by ifnm| Comments Off on Harvard-affiliated physicians want to deliver ‘preferential care based on race’

The physicians’ plan would single out Black and ‘Latinx’ patients in ‘fight for racial justice in medicine.’ Critical Race Theory influenced the physicians’ support for ‘medical restitution’ and ‘federal reparations.’

Harvard Medical School instructors Bram Wispelwey and Michelle Morse argue in a Boston Review article that race should be used as a determining factor in how heart failure patients are treated.

They write that the necessary “proactively antiracist agenda for medicine” should be direct, and the solution they propose could reach patients exactly at the point of care: “a preferential admission option for Black and Latinx heart failure patients to our specialty cardiology service.”

The physicians say that “medical restitution” should be part of an overall push to make society more equitable. “Anti Racist [sic] institutional change is essential to supplement federal reparations,” they write.

Posted on March 8, 2021 by ifnm| Comments Off on CEO Sentenced to Prison in $150 Million Health Care Fraud, Opioid Distribution, and Money Laundering Scheme

Proceeds of the fraud were used to fund private jet flights, courtside tickets to the NBA Finals, and purchase of luxury automobiles, jewelry and real estate.

The chief executive officer of a Michigan and Ohio-based group of pain clinics and other medical providers was sentenced today to 15 years in prison for developing and approving a corporate policy to administer unnecessary back injections to patients in exchange for prescriptions of over 6.6 million doses of medically unnecessary opioids.

Mashiyat Rashid, 40, of West Bloomfield, Michigan, was the CEO of the Tri-County Wellness Group of medical providers in Michigan and Ohio. In addition to the prison sentence, Rashid was also ordered to pay over $51 million in restitution to Medicare, as well as forfeiture to the United States of property traceable to proceeds of the health care fraud scheme, including over $11.5 million, commercial real estate, residential real estate, and a Detroit Pistons season ticket membership.

Rashid pleaded guilty in 2018 to one count of conspiracy to commit health care fraud and wire fraud, and one count of money laundering. Twenty-one other defendants, including 12 physicians, have been convicted thus far, including four physicians who were convicted after a one-month trial in 2020. Rashid is the second defendant to be sentenced.

Posted on February 15, 2018 by ifnm| Comments Off on Almost 1 million Canadians give up food, heat to afford prescriptions: study

968,000 people skimped on necessities to pay for their medicine in 2016, researchers find. 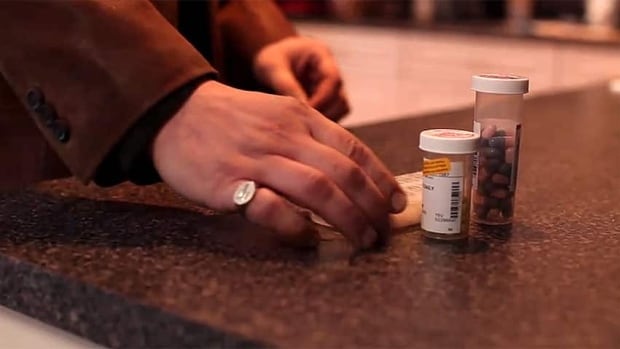 Nearly one million Canadians spent less on necessities like food and heat to afford their prescriptions in 2016, according to a new study.

“We knew lots of Canadians were having trouble paying for medication,” said Michael Law, lead author on the paper and associate professor in UBC’s school of population and public health.

“Now we know they are trading off other everyday necessities in order to pay for prescription drugs.”

The study surveyed 28,091 people as part of the Statistics Canada Canadian Community Health Survey, asking questions about their finances and prescriptions.

People without insurance, people with lower incomes and younger people in general were more likely to say they struggle to afford medication.

Indigenous people were nearly twice as likely to report challenges, as were women comparatively to men.

Comments Off on Almost 1 million Canadians give up food, heat to afford prescriptions: study