Posted on May 7, 2017 by ifnm| Comments Off on Mexican Nationals Indicted for Counterfeit Airbag Business In two separate cases, special agents with the Department of Homeland Security (DHS) allegedly bought the counterfeit airbags from the siblings in August 2016 and March 2017.

Comments Off on Mexican Nationals Indicted for Counterfeit Airbag Business

The Alt Right Is America by Dennis Michael Lynch

Posted on August 30, 2016 by ifnm| Comments Off on The Alt Right Is America by Dennis Michael Lynch

ALT RIGHT? Hillary Clinton has tried to paint every person who supports TRUMP a racist and a loser. She has categorized us as the “ALT RIGHT.” But nobody seems to know exactly what an ALT RIGHT person stands for? DML does, and he explains it in simple English.

‘Counterfeiting is an art’: Peruvian gang of master fabricators churns out $100 bills

Posted on April 1, 2016 by ifnm| Comments Off on ‘Counterfeiting is an art’: Peruvian gang of master fabricators churns out $100 bills

It takes ten to 12 people to create a fake bill, says one counterfeiter, but the profits are huge in Lima – where investigators know of four sophisticated operations. 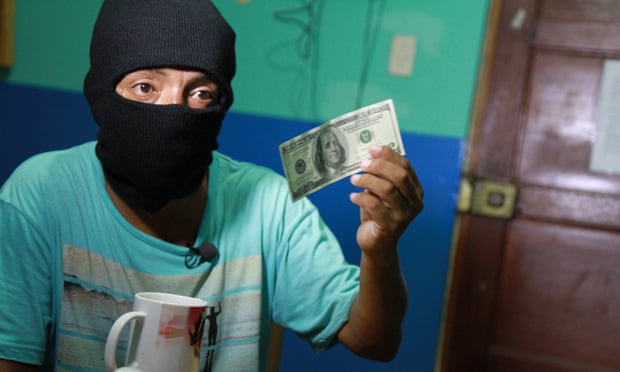 Joel Quispe sells his art for pennies on the dollar. Each masterpiece is roughly three feet long and two feet wide. Every print requires various types of ink and is meticulously designed and beautifully drawn. It is estimated that he has sold millions of dollars worth of his creations over the past five years – all while locked in a Peruvian prison while his family on the outside runs the show.

Quispe is a perfectionist who uses bonded paper, watermarks and gloriously intricate typography. He has proven a master at mass marketing, producing thousands of copies. He is also a criminal mastermind who distributes sheet after sheet of his specialty: fake US $100 bills.

Quispe is a master counterfeiter.

According to police investigators, Quispe is the de facto leader of one of the four (perhaps more) sophisticated counterfeiting operations operating out of Lima, Peru, which the US secret service has declared the world’s leading producer of counterfeit dollars.

Comments Off on ‘Counterfeiting is an art’: Peruvian gang of master fabricators churns out $100 bills

Posted on May 8, 2015 by ifnm| Comments Off on Chinese banks serve as safe haven for booming counterfeit goods trade

More than 90 percent of the banks used by online counterfeiters to process credit card payments are Chinese, according to the International Anti-Counterfeiting Coalition, a non-profit industry group whose members include Apple Inc., Procter & Gamble and Tiffany & Co. Kim Sbarcea knew exactly what she wanted. She typed “Tiffany Elsa Peretti mesh earrings” into Google and chanced upon a pair of the $450 earrings for — deal of deals! — $32.

In that instant, Sbarcea’s money was sucked from her house in Christchurch, New Zealand, into the global counterfeiting market, where Chinese banks have emerged as key conduits in an illegal industry estimated to be worth $1.8 trillion this year.

At least three prominent Chinese banks serve as safe havens for counterfeiters, who use them to process credit card payments or move their money around the globe, The Associated Press has found. A review of hundreds of pages of court documents — along with interviews with lawyers, investigators, government officials and industry groups — shows that a lack of legal cooperation between the West and China is allowing counterfeiters to use Chinese banks as financial shelters.

Five lawsuits filed in the United States against counterfeiters reveal a pattern: Counterfeiters sold fakes online in the U.S., using credit cards or PayPal. Then, records show, they transferred millions to accounts at two of China’s largest, state-owned banks — the Bank of China and the Industrial and Commercial Bank of China — as well as China Merchants Bank.

According to the ECB, since the euro was introduced in January 2002, more than half of the six-million-plus fakes withdrawn from circulation (well over €300 million worth) can be traced back to the clandestine print shops located in and around Giugliano.

The stench of rotting garbage and diesel fumes hangs heavily over the main street of Giugliano in Campania, a sprawling town just north of Naples.

In a dusty piazza, unemployed youths pass the time with noisy hands of cards, dragging on contraband Marlboros hawked openly on nearby street corners, while old men in flat caps doze on park benches. Just outside the town, prostitutes loiter by a slip road leading to the Naples motorway.

On the surface, there is not much to differentiate Giugliano from any of the other decaying communities in southern Italy, struggling to cope with a deep and prolonged recession. Yet behind the peeling, graffiti-spattered buildings, there is another Giugliano, inhabited by a tight-knit network of talented forgers.

Following a tradition handed down across generations, these experts are producing counterfeit euro notes of such high quality, that the European Central Bank (ECB) worries the integrity of the single currency — now second only to the US dollar in terms of international acceptability — could eventually come under threat.

Millions of US $20 Bills Counterfeited, Scammer Says ‘Screw You,’ America

The Canadian government recently released a master counterfeiter after he voluntarily gave them thousands of fake U.S. 20 dollar bills, bogus bucks that federal officials say are “not detectable by the naked eye.”

Canadian Frank Bourassa walked free from a Canadian court after paying a $1,500 fine and handing over his faux currency. He spent only a month and a half in jail and was thrilled when Canadian officials said they would not extradite him to the U.S.

A new report by ABC’s 20/20 details Bourassa’s claims that he printed up to $250 million in fake U.S. currency. He also claims to have launched the project specifically as a “screw you” to the United States.

Canadian authorities and the U.S. Secret Service–the agency responsible for chasing counterfeiters–said that they suspect that despite his claims of being the mastermind and boss of only a small group responsible for printing and distributing the fake bills, Bourassa is only a small part of a larger network.

But despite their suspicions, Canadian authorities made a deal with the forger in order to get his stash of expertly faked U.S. printing paper, his inks, and the devices he used to put in the security features in his previous work.

Up to 50 tonnes worth of counterfeit goods – worth at least £2m – including fake trainers, watches and clothing, were also seized from three properties in the Strangeways area, all of which were stocked to the brim across several different floors with fake goods. Agencies across Greater Manchester have joined forces to declare war on organised criminal gangs across the region.

This week has seen the launch of Challenger, the largest ever multi-agency response to tackling organised criminal gangs (OCGS) in Manchester’s history.

Over the past five days, more than 100 warrants have been carried out by numerous agencies to root out the drug dealers, loan sharks, rogue landlords and counterfeit good suppliers who are the lynchpins of these criminal networks.

The aim of Challenger is to identify every single organised crime group in existence and use all the weapons available to agencies across both Manchester and the UK to disrupt, dismantle and destroy these gangs.

This week alone, more than 50 suspected members of criminal gangs have been arrested for a variety of offences including drugs, firearms and money laundering.

More than £330,000 worth of drugs were recovered, £25,000 in cash seized along with weapons such as high-powered air rifles, a BB gun, a Taser and a baton. Seven high powered cars were also seized.

Counterfeit products including foods, body care articles, medicines and toys are becoming more popular. In 2011, they accounted for 28.6 percent of seized counterfeit goods in Europe, up from just 14.5 percent a year earlier, Europol said.

While the European Union’s citizens are struggling to cope with the economic crisis, the continent’s criminals are cashing in.

The EU’s law enforcement agency Europol said Tuesday that some 3,600 organized crime gangs are exploiting the crisis and the increasingly interconnected world to “generate illicit profits at low risk” while also continuing to mine their more traditional illegal markets of drug smuggling and human trafficking.

The agency said in its annual Serious and Organized Crime Threat Assessment that criminals are broadening counterfeiting operations to include not just cheap knock-offs of high-end luxury items but also foods and medical products.

Investigators have confiscated more than $13.6 million worth of phony sports merchandise over the past five months and expect to seize more in New Orleans during Super Bowl week.

Homeland Security officials in New Mexico say they have evidence that Mexican drug cartels are getting involved in the counterfeit NFL black market trade.

In September, for example, the agency’s newly created trade enforcement unit seized dozens of counterfeit San Francisco 49ers, Minnesota Vikings and Miami Dolphins jerseys in the New Mexico area that federal agents say were believed to be linked to cartels in northern Mexico.

On the Trail of a Counterfeiter Called ‘The Printer’

Nationally, the Secret Service seized nearly $81 million in fake money and arrested 2,424 people in the fiscal year that ended in October. Bills come in from other countries – Peru is a particularly big contributor – or from local criminals who shift to counterfeiting as an alternative to the drug trade.

Making fake money remains a thriving enterprise in the United States, as it has been since before the Civil War.

A few counterfeit artists still engrave metal plates and search for soft paper that approximates the government’s proprietary blend. Others soak money in a chemical soup, rubbing off ink to create $100 bills out of fives.

But in more than two-thirds of all cases, criminals manipulate scanners, printers and toner ink to create money where once there was none.

Heath J. Kellogg, 36, whom the United States attorney’s office here described as a self-taught graphic artist, is in the latter category.

Until federal agents arrested him in an Atlanta suburb in November, he was what people in his criminal circle called “the printer” – a man suspected of pumping more than $1.1 million in fake $50 bills into the Southern economy.

As counterfeiting cases go, Mr. Kellogg’s is not a record-breaker. (Neither was one last year in which a 26-year-old Atlanta man used solvents and a printer to turn $5 bills into $100 bills, making $1.2 million in fake money.)

Still, a counterfeiting ring in which one man prints more than $1 million in fake money is no small deal. And catching Mr. Kellogg required a few lucky breaks for law enforcers, months of old-fashioned detective work and an ill-fated decision not to bail someone out.