Jackie Gleason plays a mute janitor who befriends Nicole, the little daughter of a prostitute.

Posted on November 30, 2014 by ifnm| Comments Off on Tyler Ennis scores on an amazing no-look backhand shot 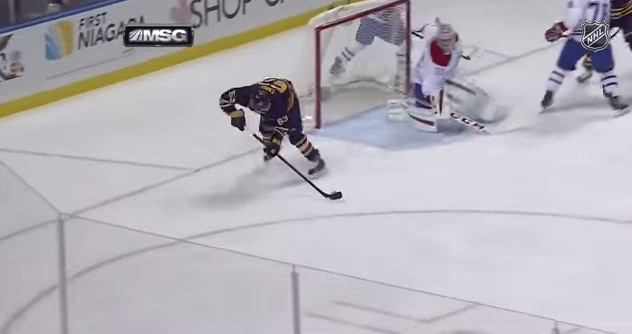 Comments Off on Lorne Greene – I’m A Gun

The lawsuit, which seeks unspecified damages, alleges that the city and other defendants discriminated against them based on race and deprived them of their constitutional rights to due process and equal protection under the law. It also alleges violations of the officers’ employment contracts.

Nine Cleveland officers involved in a deadly 2012 police shooting that left two people dead accuse the department of racial discrimination in a federal lawsuit against the city and various police officials.

Dozens of officers were involved in the November 2012 high-speed chase of a vehicle in which two unarmed people died in a 137-shot barrage of police gunfire. Thirteen officers fired at the vehicle carrying 43-year-old driver Timothy Russell and 30-year-old passenger Malissa Williams.

Relatives of Russell and Williams will split a recent $3 million settlement of their lawsuit against the city. The U.S. Justice Department is conducting an investigation of the police department’s pursuit and use of force tactics.

Miller’s model: A solution for Ferguson by Chuck Norris

Posted on November 30, 2014 by ifnm| Comments Off on Miller’s model: A solution for Ferguson by Chuck Norris For days, nearly every news media outlet has been consumed in the Ferguson fallout. From coast to coast, pundits and populations have been debating the efficacy of justice and demonstrations. But maybe a true solution for Ferguson – and every other social skirmish like it – can only be found in changing the narrative. I think I found it – or more likely, him – at Pearl Harbor, and just in time for its 73rd anniversary.

You know the history. On a quiet Sunday morning, Dec. 7, 1941, Japan launched a surprise attack on U.S. military bases on the Hawaiian island of Oahu. Two waves of 353 fighter planes hit military installments. The first was at Pacific Naval Air Base, destroying or crippling 36 seaplanes and taking the lives or maiming 84 Americans. Seven minutes later, the Japanese hit Pearl Harbor, where 96 U.S. warships were anchored. All eight battleships of the U.S. Pacific Fleet were sunk or badly damaged, including the USS Arizona. Amazingly, all of America’s aircraft carriers were untouched. A full 188 U.S. aircraft were destroyed. Of the 2,300 Americans killed, 1,102 were aboard the USS Arizona.

Seven of the wasted U.S. battleships – excluding the U.S.S. Arizona – were eventually raised, six of them deployed in World War II battle. Most inspirational, however, were the myriad of heroic stories that also surfaced from the devastating day that “will live in infamy.” Here’s one about an unexpected hero who can still inspire the extraordinary in all of us.

Doris “Dorie” Miller grew up in Waco, Texas, tending to his father’s farm and playing football. He was 19 years old when he enlisted in the U.S. Navy in 1939. Dorie wanted to improve his life, serve his country, see the world and earn some money to help out back home, according to National Geographic.

Comments Off on Miller’s model: A solution for Ferguson by Chuck Norris 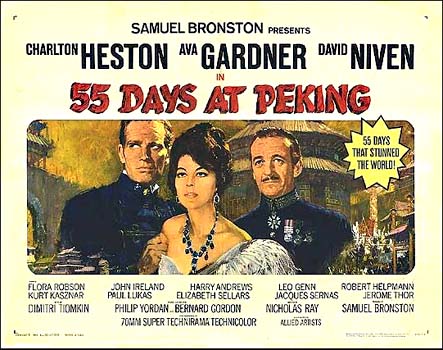 Comments Off on Complete Classic Movie: 55 Days at Peking (1963)

Posted on November 30, 2014 by ifnm| Comments Off on Black Rednecks and White Liberals by Thomas Sowell (Audiobook)

Black Rednecks and White Liberals is a collection of six essays by Thomas Sowell. The collection, published in 2005, explores various aspects of race and culture, both in the United States and abroad. 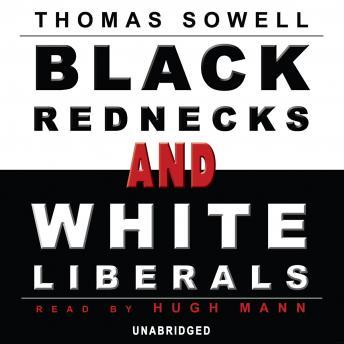 Posted on November 30, 2014 by ifnm| Comments Off on Border Smugglers Using US Postal Service to Ship Drugs, Court Records Show

Authorities along the Texas border have been seeing a trend of drug traffickers shipping their product via mail.

Inspectors with the U.S. Postal Service (USPS) recently requested search warrant in federal court that would allow them to open a 32 pound package that they suspect contains drugs. The request was made through federal court records obtained by Breitbart Texas.

A package was dropped off at the McAllen Post Office last week by an individual, identified in court documents as “MB,” from Donna, Texas. It was to be shipped to another individual, “AB,” in New Jersey. During the inspection process, a police dog tipped off postal inspectors to suspicious contraband inside the package.

Posted in Drugs and Cartels

Posted on November 30, 2014 by ifnm| Comments Off on Welsh Muslim college that taught Lee Rigby’s killer was under influence of radical preacher

A controversial Muslim cleric who supports suicide bombers was behind the curriculum at a top Islamic college in Wales where one of Lee Rigby’s killers studied, it’s emerged.

The work of Egyptian Yusuf al-Qaradawi, who was banned from Britain in 2008, helped shape courses at the Llanybydder-based European Institute of Human Sciences attended by Michael Adebowale.

As well as backing suicide attacks on Israelis chairman of the International Union of Muslim Scholars Al-Qaradawi is reported to have said it’s okay to beat women “lightly”, lash gays and suggested rape victims should be punished if dressed immodestly.

Terrorism expert Professor Anthony Glees said Adebowale’s time at the Ceredigion college should have set alarm bells ringing for MI5 and helped prevent the murder of the British soldier.

Professor Glees, who heads the University of Buckingham’s Centre for Security and Intelligence Studies, said: “This is something which definitely should have been recorded against this person in any file the security service would open against them.”

The Battle of Midway and John Ford (Video)

Posted on November 30, 2014 by ifnm| Comments Off on The Battle of Midway and John Ford (Video)

Mark Harris, author of Five Came Back: A Story of Hollywood and the Second World War, talked about John Ford and the 18 minute documentary he made for the U.S. Navy about the Battle of Midway in June of 1942. The Battle of Midway presented a victory in vivid color to an American public eager for good war news.?This was the third of a five-part look at Hollywood directors who made films for the U.S. government during World War II.

Comments Off on The Battle of Midway and John Ford (Video)