Tomorrow is May Day (Video)

“They’ve been setting plans in place and they’re building a machine and you don’t want to see them turn it on, and they are about to turn it on. And I believe they start to turn it on tomorrow.” Glenn Beck

It’s the day Glenn has been warning about for the past six months – spring is here and “Occupy” is getting ready to make its big comeback in New York City. In 2011, there were arrests, protests, violence, feces, destruction, and more. California saw huge riots in the streets of Oakland. All the leftist propaganda promises their next phase to be bigger than ever – what can you expect when the radicals return?

“Tomorrow is May Day. This is going to be an interesting week in our country. This could be a lot like the beginning of Occupy Wall Street was when it first kicked off, if you remember. It kicked off and everybody was like, “That’s ridiculous” and, of course, Jon Stewart was like, ‘You know, it’s just a bunch of, you know, people and if they get violent, then we’ll be interested in it.’ And I warned you, don’t dismiss them. This week may or may not be a source of real riot and real trouble in the country,” Glenn warned.

“This thing is so huge. They’re now saying in Chicago in a couple of weeks, the Red Cross in, where is it, Milwaukee is saying they are setting up now shelters because they may have to evacuate portions of Chicago because they are expecting riots for the summit. This is serious. And nobody has been paying attention and this is the week,” Glenn added.

“They’ve been setting plans in place and they’re building a machine and you don’t want to see them turn it on, and they are about to turn it on. And I believe they start to turn it on tomorrow.”

Glenn said that OWS is using a website called Sukey to coordinate their protests and to avoid police. “Sukey is a Web app that is designed to keep people safe, mobile and informed during demonstrations. We crowd source updates from Twitter and other online and off?line sources in order to provide our users with timely overview of what’s going on at a demonstration,” Glenn read.

Pat Buchanan discusses immigration, assimilation, the disaster that was the 1960s, and the fate of the American achievement.

But the human toll is the most disturbing legacy of the riots. Some 53 people were killed in what police have classified as riot-related homicides and accidents. Of those, some 22 homicides remain classified as open and unsolved.

For five days in 1992, the nation watched as entire neighborhoods in Los Angeles descended into violent chaos.

Twenty years ago, Los Angeles erupted in riots after four cops were acquitted in the videotaped beating of Rodney King, but during an uprising supposedly in the name of justice, some people got away with murder.

During the five “Days of Outrage,” a disbelieving nation watched on television as looters broke store windows and emptied shelves, Korean grocers sat atop their stores with assault rifles and fires were set throughout South Central and other parts of the city. Beatings, including the brutal one administered to truck driver Reginald Denny, were captured on video by news crews.

“Can’t we all just get along?” pleaded King as the city was plunged into violent chaos. The phrase became a rallying cry for a city determined to heal after being torn apart by racial divisions.

The police were overwhelmed, and the National Guard was called in to help quell the violence. When the mayhem subsided five days later, nearly 1,600 buildings were destroyed or damaged and more than 2,300 people were hurt. The final cost of the riot was estimated at more than a billion dollars, including $735 million in property damage.

But the human toll is the most disturbing legacy of the riots. Some 53 people were killed in what police have classified as riot-related homicides and accidents. Of those, some 22 homicides remain classified as open and unsolved.

Molotov presents a two-parter about Homeland Security’s criminalization of conservative free will. Are Americans preparing for … 1776? Watch Tony Robbins discuss the $15 trillion U.S. national debt — how big is it really? And what can we do about the enormous federal budget deficit?

Posted in Economy and Debt, Government 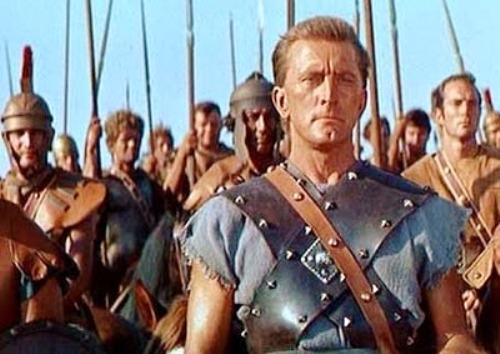 The Sunny Cowgirls – Dancing On The Darling

Movie of the Week: Old Yeller

Old Yeller is a 1957 Walt Disney Productions film starring Tommy Kirk, Dorothy McGuire and Beverly Washburn, and directed by Robert Stevenson. It is about a boy and a stray dog in post-Civil War Texas. The story is based upon the 1956 Newbery Honor-winning book Old Yeller by Fred Gipson.

Posted in Movie of the Week, Walt Disney

One of the most high-profile anti-government voices belongs to Meir Dagan, the former head of the Mossad spy agency, who once described an Israeli attack on Iran as “the stupidest idea” he had ever heard of.

The former director of Israel’s internal security service has launched a frontal assault on the Iran policy of Benjamin Netanyahu and Ehud Barak, describing Israel’s current prime minister and defence minister as “messianic” politicians who could not be trusted.

Yuval Diskin, who retired from his high-profile post at the helm of the Shin Bet only last year, told a meeting on Friday: “My major problem is that I have no faith in the current leadership, which must lead us in an event on the scale of war with Iran or a regional war.”

According to an account of the meeting in Haaretz, the Israeli daily, Mr Diskin added: “I don’t believe in either the prime minister or the defence minister. I don’t believe in a leadership that makes decisions based on messianic feelings.”

The harsh comments by Mr Diskin are the latest in a series of open attacks by former security and intelligence officials on the Israeli government over the Iranian nuclear threat.

According to analysts and officials, the criticism suggests that Israel’s defence and security establishment is more reluctant to support military strikes against Iran’s nuclear programme than politicians such as Mr Netanyahu and Mr Barak.

“Every constitution and country that has ever existed has had to have sovereign borders,” he said to cheers from the crowd, some clutching placards reading “Sheriff Joe keeps us safe” and “illegal is illegal.”

As many as 200 activists, some chanting “go Joe, go Joe,” rallied in Arizona on Saturday to support Maricopa County Sheriff Joe Arpaio, who is facing a federal racial-profiling probe for his police sweeps against illegal immigrants.

“Sheriff Joe is one of the very few guys who will enforce the immigration laws across this nation,” said Randy Hatch, who used a megaphone to rally supporters of Arpaio at a park in this northeast Phoenix valley city.

“Every constitution and country that has ever existed has had to have sovereign borders,” he said to cheers from the crowd, some clutching placards reading “Sheriff Joe keeps us safe” and “illegal is illegal.”

Arpaio, who styles himself “America’s toughest sheriff,” is a resident of Fountain Hills.

Earlier this month the Obama administration said it was preparing to sue Arpaio and his department “for violating civil rights laws by improperly targeting Latinos.”

The sheriff has denied any wrongdoing and lashed out at the federal government for targeting his department while failing to confront the more than 11 million illegal immigrants who live and work throughout the nation.