Join Keith Christiansen, the John Pope-Hennessy Chairman of the Department of European Paintings, and guest curator Carlo Falciani, Professor of Art History at the Accademia di Belle Arti in Florence, for a tour of The Medici: Portraits and Politics,

Comments Off on The Medici: Portraits and Politics, 1512–1570 Virtual Opening | Met Exhibitions (Video)

Posted on June 9, 2021 by ifnm| Comments Off on The ‘Crude’ Art Of Pleasure: Life In The Rococo Age (Art History Documentary) | Perspective

Waldemar looks at the pursuit of pleasure in the Rococo age, to which a huge amount of cultural energy was devoted. For the first time in history, pleasure and happiness were seen as unalienable human rights that everyone was free to pursue and is reflected so poignantly in the art of Boucher, Watteau, Gainsborough and Tiepolo. In its boundless search for delight it often went too far, but, put crudely, Rococo art stopped tasting like medicine and started tasting like cakes.

Comments Off on The ‘Crude’ Art Of Pleasure: Life In The Rococo Age (Art History Documentary) | Perspective

The mysteries of the Nefertiti bust

Posted on May 30, 2021 by ifnm| Comments Off on The mysteries of the Nefertiti bust

It has all the aspects of a real police investigation: methods, scenario, and form. This new encounter takes you into the mysteries of Nefertiti. Since its discovery in 1912, the beauty of the bust of Nefertiti has entered into legend and is still raising questions. Who is Nefertiti? Where does she come from? What’s her history? What were the circumstances of the discovery of her bust? Why has it been the object of so much desire since 1912? Is it a copy?

Comments Off on The mysteries of the Nefertiti bust

Posted on March 30, 2021 by ifnm| Comments Off on Venice’s San Marco, a mosaic of spiritual treasure (Video)

Comments Off on Venice’s San Marco, a mosaic of spiritual treasure (Video)

The “Greek Slave” was the most famous sculpture of the 19th century in America. The inspiration was the struggle of the Greek revolutionaries and the Ottoman slave markets

Posted on February 12, 2021 by ifnm| Comments Off on The “Greek Slave” was the most famous sculpture of the 19th century in America. The inspiration was the struggle of the Greek revolutionaries and the Ottoman slave markets

The most famous American statue of the 19th century depicts a naked Greek slave. It was an innovative work of art that provoked reactions from the first moment, but in the end, it was much loved.

Hiram Powers is considered one of the greatest American sculptors of all time. Born in 1805, the American artist inscribed himself in the neoclassical school. He deeply admired Greco-Roman culture and drew inspiration from ancient sculptors. In fact, in 1837 he decided to move permanently to Florence.

At that time, the situation in post-revolutionary Greece was still turbulent and the bloody memories of the struggle were still fresh. Greek-Turkish conflicts had not ceased, while Greeks living in unredeemed territories suffered under the Turkish yoke. Powers had constantly followed the development of the Greek revolution through the news that reached his homeland. The heroic struggles of the Greeks had moved him, and this was a source of inspiration.

So close to Greek reality, in 1843 he began carving the statue that would go down in history as his most important work. The “Greek Slave” represents a naked young woman, with chains in her hands. Between her bonds she holds a small cross, while at the same time resting on a colonnade.

Comments Off on The “Greek Slave” was the most famous sculpture of the 19th century in America. The inspiration was the struggle of the Greek revolutionaries and the Ottoman slave markets

Posted on November 7, 2020 by ifnm| Comments Off on Norman Rockwell – Documentary

Norman Perceval Rockwell (February 3, 1894 – November 8, 1978) was a 20th-century American author, painter and illustrator. His works enjoy a broad popular appeal in the United States for its reflection of American culture. Rockwell is most famous for the cover illustrations of everyday life he created for The Saturday Evening Post magazine over nearly five decades. Among the best-known of Rockwell’s works are the Willie Gillis series, Rosie the Riveter, The Problem We All Live With, Saying Grace, and the Four Freedoms series. He also is noted for his 64-year relationship with the Boy Scouts of America (BSA), during which he produced covers for their publication Boys’ Life, calendars, and other illustrations. These works include popular images that reflect the Scout Oath and Scout Law such as The Scoutmaster, A Scout is Reverent and A Guiding Hand,[3] among many others.

Comments Off on Norman Rockwell – Documentary

Posted on November 17, 2019 by ifnm| Comments Off on Raphael, School of Athens (Video)

The School of Athens (Italian: Scuola di Atene) is a fresco by the Italian Renaissance artist Raphael. It was painted between 1509 and 1511 as a part of Raphael’s commission to decorate the rooms now known as the Stanze di Raffaello, in the Apostolic Palace in the Vatican.

“Not since the days of the Sophists had scholars risen to so high a place in society and politics. They transformed the ideal of a gentleman from a man with ready sword and clanking spurs into that of the fully developed individual attaining to wisdom and worth by absorbing the cultural heritage of the race. The prestige of their learning an…d the fascination of their eloquence conquered transalpine Europe at the very time when the arms of France, Germany, and Spain were preparing to conquer Italy. Country after country was inoculated with the new culture, and passed from medievalism to modernity. The same century that saw the discovery of America saw the rediscovery of Greece and Rome; and the literary and philosophical transformation had far pro-founder results for the human spirit than the circumnavigation and exploration of the globe. For it was the humanists, not the navigators, who liberated man from dogma, taught him to love life rather than brood about death, and made the European mind free.”
~ Will Durant, The Renaissance

Comments Off on Raphael, School of Athens (Video)

Why Modern Art is Trash (Video)

Posted on February 22, 2018 by ifnm| Comments Off on Why Modern Art is Trash (Video)

Conceptual art leaves even rich people, feeling stupid. Modern Art has no financial value and certainly no cultural value, on the long run. The reason you can’t tell a good modern art from a bad fake is that all garbage stinks. Modern art is mad, bad and dangerous to know. And apparently to buy as well. Such diatribes invite a patronizing “You don’t understand art.” But at least I know enough to tell when I’ve been slapped in the face with a canvas, or ripped off in the spirit of pop icon Andy Warhol’s “Art is what you can get away with.” 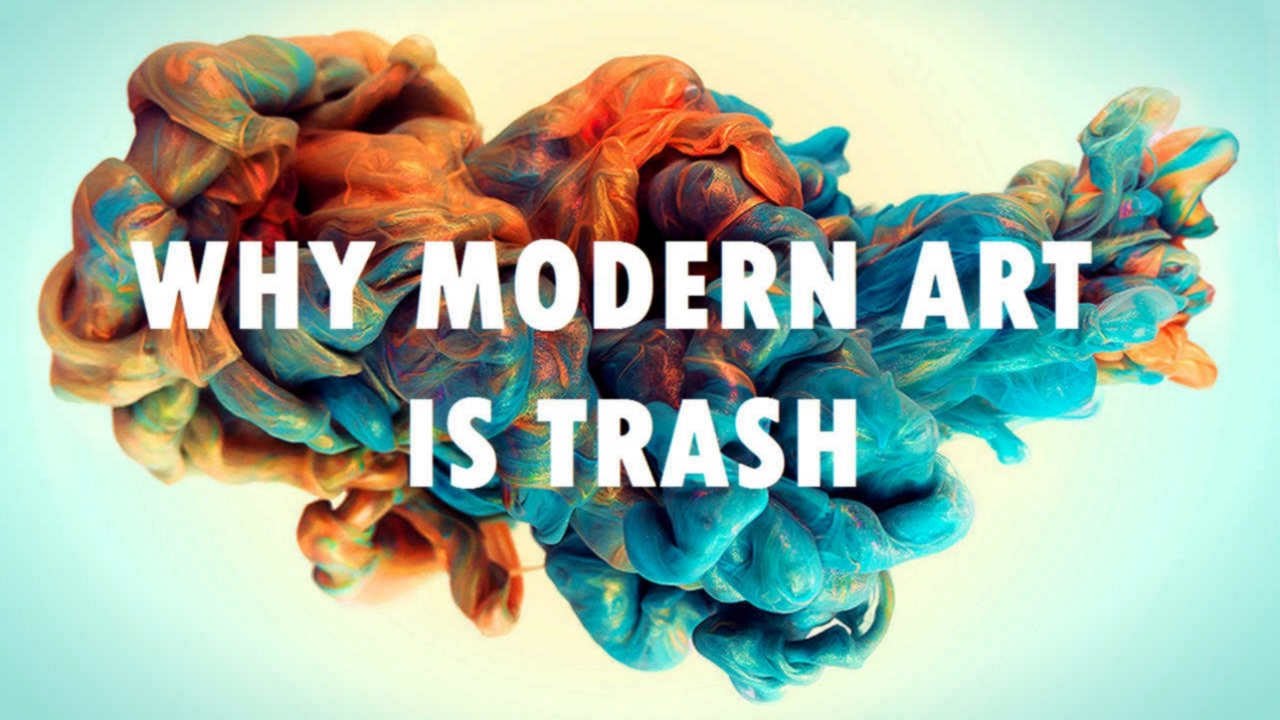 Comments Off on Why Modern Art is Trash (Video)

Modern art is a reflection of how we’ve lost faith in western civilization. 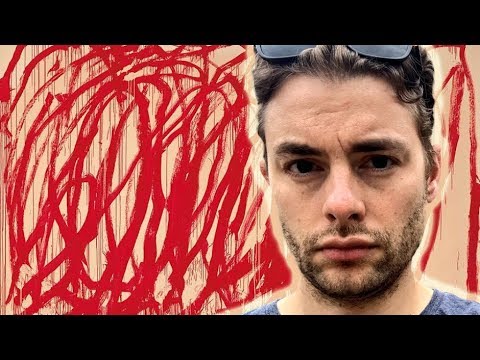 Posted on November 27, 2017 by ifnm| Comments Off on Auguste Rodin: $12m Masterpiece Missing Since 1920 Found In New Jersey

A long-lost marble bust by Auguste Rodin depicting Napoleon Bonaparte, has turned up in a municipal building in Madison, New Jersey. The major work by the French sculptor was last seen in an exhibition at the Metropolitan Museum in New York in the 1920s. 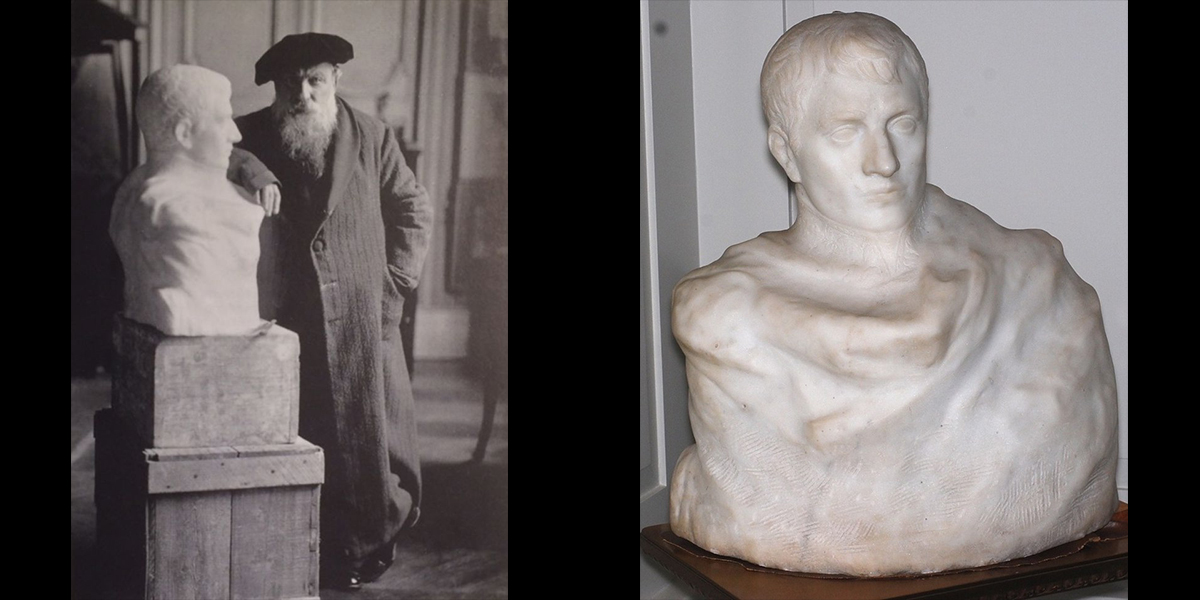 The masterpiece dating from 1908 had been sitting on a plinth in a committee room gathering dust for the past 85 years. Geraldine Rockefeller Dodge, The daughter of William D. Rockefeller, donated the work along with the building erected in 1935. It was named after her son, who had died in a car accident.

Recent research done by the foundation uncovered that Mrs Rockefeller Dodge a serious art collector had acquired Rodin’s bust at auction from the family of Thomas Fortune Ryan, a tobacco magnate, who had loaned it to the Metropolitan Museum of Art in New York from 1915 to 1929.

The 700 pound work of art has been authenticated by a Rodin expert, the work will now go on loan to the Philadelphia Museum of Art later this month in time for the centenary of the artist’s death.

The work came to light by an inquisitive 22-year-old graduate student. Mallory Mortillaro, said “She was running her finger along the base and felt a chiseled mark, got a flashlight, got on a chair and peered over, and there was the signature of A. Rodin.”

Comments Off on Auguste Rodin: $12m Masterpiece Missing Since 1920 Found In New Jersey