The State Department employees were hacked on their iPhones, the person familiar with the matter said.

The phones of 11 U.S. State Department employees were hacked using technology from Israel’s NSO Group, the world’s most infamous hacker-for-hire company, according to a person familiar with the matter.

The employees were all located in Uganda and included some foreign service officers, said the person, who was not authorized to speak publicly about an ongoing investigation. Some local Ugandan employees of the department also appear to have been among the 11 hacked, the person said.

It was not known what individual or entity used NSO technology to hack into the accounts, or what information was sought.

News of the hacks, which were first reported by Reuters, comes a month after the U.S. Commerce Department blacklisted NSO Group, limiting its ability to use U.S. technology. And Apple sued NSO Group last week seeking to effectively shut down its hacking of all iPhones and other Apple products, calling the Israeli company “amoral 21st century mercenaries.”

Posted on July 27, 2021 by ifnm| Comments Off on DOJ Drops Charges Against 5 Possible Chinese Spies as FBI Focuses on January 6

Joe Biden’s Department of Justice (DOJ) has dropped charges against five Chinese spies who hid their involvement with the Chinese military in order to obtain work visas at American universities.

Prosecutors stated they would no longer pursue visa fraud and various other charges against the five scientists, who were looking to work at universities in California and Indiana.

FACT-O-RAMA! There are typically half a million Chinese students in the U.S. every year.

Judges have dismissed parts of the cases against two Chinese researchers after the FBI (shockingly?) failed to inform the suspects of their Miranda rights against self-incrimination. Miranda rights are the rights every American with a TV has heard a thousand times: the rights to remain silent or have your words used against you, and to have an attorney.

Nolte: The Narcissistic Cult of Woke Has Taken Over the CIA (Video)

Posted on May 4, 2021 by ifnm| Comments Off on Nolte: The Narcissistic Cult of Woke Has Taken Over the CIA (Video)

The CIA released a recruitment video in March that’s just starting to receive some much-needed attention. The video proves the CIA not only kneels in fealty before the Cult of Woke, it also proves the CIA is hiring and actively looking to recruit the most immodest, narcissistic, grotesquely self-serving people in the world — Woke Millennials.

Watch this obscenely pompous piece of garbage, and while you do, see if you can catch the one word that is not used:

The recruitment video features a preening, unnamed narcissist who literally struts around preaching about how awesome she is, how proud she is of herself, not because of her accomplishments, but because of something she has no control over — her identity, her race, gender, her sexuality (cisgender), and even — get this — her “generalized anxiety disorder.”

Comments Off on Nolte: The Narcissistic Cult of Woke Has Taken Over the CIA (Video)

EXCLUSIVE: Sky News host Sharri Markson has revealed a major security leak which has uncovered the Chinese government’s surveillance of yet another ethnic minority group. Ms Markson, on her program on Sky News, has revealed how Chinese activists have now uncovered a new facial recognition database targeting an ethnic minority group. The Chinese Communist Party has previously used facial recognition to target minority groups including the Uighurs and Tibetans, by using high-tech surveillance which is then mobilized to imprison dissidents in indoctrination camps. “Concerned Chinese activists have leaked this database and its IP address to an international group of cyber security analysts who specialise in China,” Ms Markson said. “This surveillance database is targeting the Tujia and Miao Autonomous Zone in the city of Tongren in central southern China.

Why does Diana West believe that communist ideology has infiltrated America’s intelligence agencies?

Nunes says Obama was in cahoots with Russia

Posted on February 26, 2018 by ifnm| Comments Off on Nunes says Obama was in cahoots with Russia

‘Who created this? It was the last administration’ House Intelligence Committee Chairman Devin Nunes is blaming former President Obama for being in cahoots with Russia for eight years and setting the stage for orchestrating a conspiracy theory of collusion between Moscow and Donald Trump during the 2016 election.

“We went through a whole European infrastructure consolidation process of military installations across Europe, abandoned a lot of abilities in the North Atlantic to track Russian subs,” Nunes said. “We actually had the president of the United States, who said on a hot mic to the prime minister of Russia at the time, ‘Just tell Vladimir to wait after the election.’ That was President Obama who said that. So who created this Russian threat? Who? It was the last administration that put us in this position.”

Nunes also turned up the pressure on the Democratic Party and the media in his point-by-point refutation of the recently released memo by the House Intelligence Committee minority.

Comments Off on Nunes says Obama was in cahoots with Russia

President Donald Trump’s former election chief declares ‘there’s one campaign and only one campaign’ that participated in collusion.

“There’s one campaign and only one campaign” that colluded with Russians in the 2016 U.S. presidential election, and it wasn’t President Donald Trump’s, Corey Lewandowski claimed during a Monday interview on Fox News’ “The Ingraham Angle.”

“It’s very clear. I was there before Donald Trump ever came down that escalator. We never colluded with Russians,” said Lewandowski, who managed the Trump campaign in its early months. “There’s one campaign and only one campaign that has admitted to taking $5 million of their campaign money, going and hiring a British spy to go and put a false dossier together — and it’s the Clinton campaign.”

Posted on October 1, 2017 by ifnm| Comments Off on Indiana joins Idaho in claiming DHS tried to hack election systems

Says feds scanned tens of thousands of times without permission. 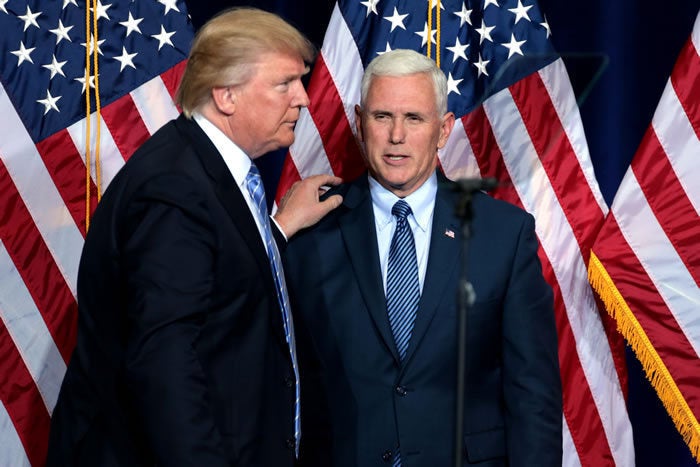 Indiana is the newest state to accuse the Department of Homeland Security (DHS) of trying to hack its state electoral system.

The state’s IT team claimed that a DHS IP address repeatedly scanned Indiana’s system. The attempted hacks occurred tens of thousands of times over a period of 46 days, beginning while Vice President Mike Pence was still the governor of Indiana.

“We know that between November 1 and December 16, we were scanned with about 14,800 scans, nearly 15,000 different times,” DHS Indiana Secretary of State Connie Lawson told The Daily Caller.

Posted on April 4, 2017 by ifnm| Comments Off on What Pisses Me Off About The Susan Rice Unmasking Scandal – Stefan Molyneux (Video)

Did Barack Obama spy on President Donald Trump, his political campaign and his transition team? A recent bombshell report by Mike Cernovich confirms former National Security Adviser Susan Rice to be responsible for the intelligence “unmasking” of Trump officials. Will there be any legal accountability for this unethical banana republic style behavior?

Wikileaks founder Julian Assange today said the CIA was responsible for paving the way for ISIS as the whistle blowing organisation released more than half a million formerly confidential US diplomatic cables dating back to 1979. On the sixth anniversary of the first infamous “Cablegate” by WikiLeaks, when it releases its first batch of sensitive US files, on November 28 2010, it has expanded its Public Library of US Diplomacy (PLUSD) with 531,525 new diplomatic cables from 1979.

In a statement to coincide with the release of the cables, known as “Carter Cables III”, Mr Assange explained how events which unfolded in 1979, had begun a series of events that led to the rise of ISIS.

Mr Assange said a decision by the CIA, together with Saudi Arabia, to plough billions of dollars into arming the Mujahideen fighters in Afghanistan to tackle the Soviet Union, had led to the creation of terror group al-Qaeda.

This, in turn, he said led to the 9/11 terror strikes, the invasion of Afghanhistan and Iraq by the US, and the creation of ISIS.