Stars: Robert Ryan, Aldo Ray, Robert Keith. During the Korean War, a battle worn Lt. and his platoon behind enemy lines, have orders to march to hill 465 for possible relief.

Comments Off on Complete Classic Movie: Men in War (1957)

Posted on April 30, 2015 by ifnm| Comments Off on Scorpions – Still Loving You 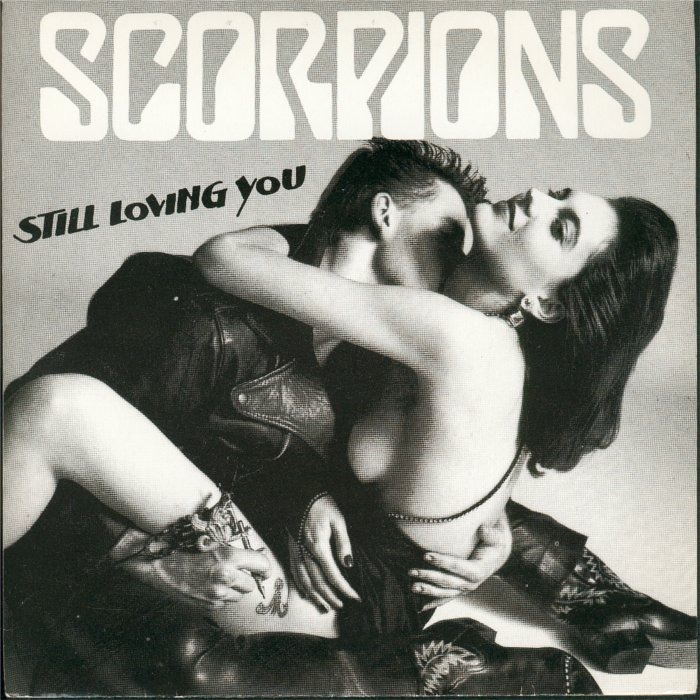 Comments Off on Scorpions – Still Loving You

Posted on April 30, 2015 by ifnm| Comments Off on Charles in Charge – Opening

Comments Off on Charles in Charge – Opening

Posted on April 30, 2015 by ifnm| Comments Off on Afterburner with Bill Whittle: Book-Burners Afraid Of Matches (Video)

It’s commencement time across the country, and unfortunately Bill Whittle wasn’t invited to give a speech to mark the occasion at one of America’s leading high education institutions. But through the magic of the internet, and specifically the magic of YouTube, that’s not an obstacle to communication. Whittle has a lot to say to this year’s graduating seniors, and he says it just below… Comments Off on Afterburner with Bill Whittle: Book-Burners Afraid Of Matches (Video)

Stars: Jon Finch, Francesca Annis, Martin Shaw. A ruthlessly ambitious Scottish lord siezes the throne with the help of his scheming wife and a trio of witches.

Morial said the proficiency gap between White, Black, and Hispanic students reveals “a crisis for the nation,” especially since, “While White kids are maybe doing better than Black and Latino kids, those White kids are not proficient themselves.”

What will it take to address the gap between Black and White fourth graders in America who can read at their grade level? Dr. Valerie Rawlston Wilson of the Economic Policy Institute and Marc Morial, president and CEO of the National Urban League, sat down with Shannon LaNier of Arise TV to discuss findings from the National Urban League‘s 2015 State of Black America report.

Posted on April 30, 2015 by ifnm| Comments Off on CNN’S Baldwin Apologizes For Blaming Baltimore Riots On Returning Veterans (Video)

And a lot of these young people, and I love our nation’s veterans, but some of them are coming back from war, they don’t know the communities and they’re ready to do battle. [Her full comment is embedded below].

Ms. Baldwin drew harsh criticism for her comment, which many saw as an unsupported attack on America’s returning heroes. Because of the criticism, pressure from CNN management, or a rare spark of mainstream media guilty conscience, Baldwin appeared on New Day Wednesday morning and made a contrite, no excuses apology:

I made a mistake yesterday. We were in the middle of live TV, I was talking to a member of Congress, and I was recounting a story, a conversation I had had recently just referring to police. And I absolutely misspoke, I in-artfully chose my words 100 percent and I just wish speaking to all of you this morning: I wholeheartedly retract what I said. And I’ve thought tremendously about this, and to our nation’s veterans, to you — this is just who I want to speak with this morning — I have the utmost respect for our men and women in uniform. And I wanted you to know that this morning, so to all of you, I owe a tremendous apology. I am truly sorry.

Posted on April 30, 2015 by ifnm| Comments Off on MSNBC’s incredible police-brutality experts by Ann Coulter

Ann Coulter reminds readers of ‘grade A’ witnesses in Ferguson case who lied.

It’s beginning to look as if the Democratic Party can’t whip African-Americans into an anti-white frenzy to turn out on Election Day, and then say, “OK, thanks, guys! That’s all we need.”

How else do liberals explain the upsurge in racial unrest since Obama became president? Why would white racism – their view – latent for the previous 15 years, burst forth meteorically just as the country elected its first black president?

Did we elect this bumbling incompetent, then suddenly remember that we’re racists?

I have an explanation! It’s subtly alluded to in the title of my book “Mugged: Racial Demagoguery From the Seventies to Obama.” What’s theirs?

I’ve tried looking on Salon, which is like a liberal website from IFC’s “Portlandia” (typical headline: “Smashing police cars is a legitimate political strategy”), but Salon shows no interest in exploring why white racism has suddenly exploded under Obama.

MSNBC, having been thoroughly embarrassed with the Michael-Brown-was-shot-in-the-back-while-walking-home-from-his-cancer–research-internship narrative, has gone totally abstract with the actual cause of the Baltimore unrest. The network covers the riots like a sporting event, with Chris Hayes constantly jumping in to talk about how smart and disciplined and clean the activists are.

The Strange Case of Modern Immigration by Victor Davis Hanson

Posted on April 30, 2015 by ifnm| Comments Off on The Strange Case of Modern Immigration by Victor Davis Hanson

The West is too cowed by guilt to look honestly at immigration.

Is immigrating from less-developed countries to the West a good or a bad thing, for host and guest? Is the immigrant angry at, or nostalgic for, the country he left? Is he thankful to or resentful of the country he has come to? Does the Westerner know why the other seeks him out or why he himself chooses not to emigrate to the non-West? These questions and dozens like them are not so much never answered as never even asked. The result is chaos.

Thousands of refugees from the mess in North and East Africa are hiring smugglers to ship them across the Mediterranean into the southern ports of Europe — often with tragic results, as boats sink and passengers drown. Any visitor to Athens quickly notices that tens of thousands of Pakistanis, Bangladeshis, and Albanians have arrived illegally in Greece in hopes of reaching more prosperous Western European countries. In fact, the downtown of almost any European city is full of impoverished non-Western immigrants. Yet in ten years, some of those same Middle Eastern immigrants will demand space for new mosques, while they would never have allowed a church to be built in their homeland, and many newcomers will have complaints against their hosts about their own lack of parity with the established citizenry. Such is the strange effect of contemporary Westernism upon immigrants.

Love your kids? Get them out of public schools

Posted on April 30, 2015 by ifnm| Comments Off on Love your kids? Get them out of public schools

For a guy who writes six columns a week, I seldom cover education.

Why? Because it is such a mess, such an American scandal, that the problems and solutions simply don’t lend themselves well to 700-word commentaries.

What America is doing to its kids – from breaking down their Judeo-Christian morals to deliberately mis-educating them to programming them to be statist vassals – is shocking, disgraceful, shameful and, yes, I’ll say it, criminal on a massive scale.

I’m not alone in this conclusion.

There’s a great new book out that systematically exposes the whole sordid system.

It’s called “Crimes of the Educators: How Utopians Are Using Government Schools to Destroy America’s Children.” Nothing subtle about that title, but it’s hardly an overstatement or hyperbole. It’s time to call a spade a spade, because if we truly love our kids and want the best for them, we need to recognize we’re in the midst of a real “war on children.”

Comments Off on Love your kids? Get them out of public schools