Stars: Jerry Lewis, Marilyn Maxwell, Connie Stevens. A Movie star has triplets, but does not want her beloved public to find out. Has she made a mistake in hiring Jerry Lewis as the babysitter? Comments Off on Complete Classic Movie: Rock a Bye Baby (1958) 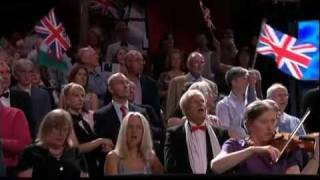 No Substitute For Victory (Documentary)

Posted on December 31, 2014 by ifnm| Comments Off on No Substitute For Victory (Documentary)

Stars: John Wayne, William C. Westmoreland and Mark W. Clark. John Wayne hosts this video which was produced during the Vietnam War when the Communist threat was at its height.

Comments Off on No Substitute For Victory (Documentary)

This is Why Chuck Todd Doesn’t Practice Real Journalism (Video)

Posted on December 31, 2014 by ifnm| Comments Off on This is Why Chuck Todd Doesn’t Practice Real Journalism (Video)

Perhaps Todd is correct that real journalism is detrimental to your job. Just ask Sharyl Attkisson.

During a roundtable discussion on Sunday’s Meet the Press, NBC’s Chuck Todd exposed the reason why he doesn’t hit back when interviewing political guests on his show: he’s protecting his job.

Ironically, it’s his job to ask the hard-hitting questions, but as he explained, if he offended guests, no one would come on the show, and thus there would be no job.

The roundtable included three comedians, including Lewis Black, who admired Todd’s ability to refrain from “barking” at guests during his show. Black said he would find such a feat impossible:

Black: I’ve watched you and everybody else, where somebody comes on — and I don’t know how you do it, because I’d be barking at them. Because they’ll sit there and go ‘blah, blah, blah’ and you sit there…

Stars: Charles Laughton, Gertrude Lawrence, Elsa Lanchester. This character study joins the painter at the height of his fame in 1642, when his adored wife suddenly dies and his work takes a dark, sardonic turn that offends his patrons. By 1656, he is bankrupt but consoles himself with the company of pretty maid Hendrickje, whom he’s unable to marry. Their relationship brings ostracism but also some measure of happiness. The final scenes find him in his last year, 1669, physically enfeebled but his spirit undimmed.

Posted on December 31, 2014 by ifnm| Comments Off on Sheriff Joe’s amnesty war heads to Supreme Court

A courtroom fight over Barack Obama’s amnesty plan for millions of illegal aliens already in the United States on Wednesday is heading to Chief Justice John Roberts and the rest of the U.S. Supreme Court after a district court dismissed the case for “lack of subject matter jurisdiction.”

Attorney Larry Klayman of FreedomWatch told WND he’ll try to leap-frog the usual appellate procedure because of the significance of the case and the immediacy of the problem.

“We will now ask the Supremes to bypass the D.C. Circuit and take this up now as the Obama Justice Department argued the full impact of the exec actions kick in in February 2015,” he said.

He brought the case on behalf Maricopa County Sheriff Joe Arpaio, whose job it will be to deal with illegals locally under Obama’s plan, instead of having them deported and removed from his jurisdiction, according to the case documents.

The goal of the case at the outset was a ruling from the Supreme Court on Obama’s strategy to use notes to federal agencies, called executive memoranda, to implement the change in the nation’s law, rather than going through Congress for such changes.

Mychal Massie: What if Whites Strike Back?

Posted on December 31, 2014 by ifnm| Comments Off on Mychal Massie: What if Whites Strike Back?

How long before white people, many of whom are growing increasingly resentful at being falsely maligned, decide to respond in kind? How much longer will whites stand by and allow the likes of Sharpton and Obama to continually cast them as racist villains?

It would serve race mongers well to consider that even a docile old dog will bite you if you mistreat it often enough and long enough. Tangential to same is the reality of the “laws of unintended consequences.”

I’m tired of seeing, reading, and hearing white people blamed for everything from black boys not being able to read to whites being privileged because of the color of their skin. If I am tired of these Americans being used as scapegoats to further the agenda of race mongers, then it is a sure bet that those being unjustly vilified are especially weary of same.

This isn’t 1860 and it certainly isn’t 1955. There are no slaves in America and there are no Jim Crow laws dictating access based on skin color. Specific to that point it is time to remind people like Obama, Al Sharpton, and the New Black Panther Party that the racial discord they are fomenting can become the harbinger of their own peril.

Comments Off on Mychal Massie: What if Whites Strike Back?

Posted on December 31, 2014 by ifnm| Comments Off on Federal Agent’s Wife Milked US Welfare System at Border

After eventually discovering the fraud, prosecutors with the Starr County’s District Attorney’s Office along with the Texas Department of Health and Human Service took the evidence to a grand jury who handed out an indictment against Pena charging her with defrauding the Texas government by deception.

Texas – The wife of a U.S. federal agent has been convicted and sentenced for cheating the government out of food stamps and Medicaid despite her husband’s salary.

For several years, 25-year-old Bianca Kristine Pena had been taking advantage of the government assistance programs for her children by not listing her husband Abiel Moreno as part of the household, court records obtained by Breitbart Texas show.

Pena began getting the government assistance since June 2011 and her husband joined the Department of Homeland Security in August 2011, despite his employment the family continued to receive government assistance which court records list as being between $20,000 and $100,000. The agency within the Department of Homeland Security that Moreno worked for or his title, were not listed in the court records.

Stopping Obama’s Amnesty is the Battle of Our Time

Posted on December 31, 2014 by ifnm| Comments Off on Stopping Obama’s Amnesty is the Battle of Our Time

…the situation we face is even more precarious than the imminent amnesty for those illegals already here. We now have de facto open borders as Obama has completely shut down all enforcement – both at the border and in the interior.

All of these proposals have merit on some level, but none of them reach the level of importance and imminence of fighting Obama’s illegal and dangerous amnesty.

When the 114th Congress convenes in January, Republicans from across the political sphere will be offering advice concerning the focus of the new GOP-led majority in both houses of Congress. Conservatives will want to focus on taxes, others want to focus on entitlement spending. Still others want to focus on an anti-regulatory agenda. All of these proposals have merit on some level, but none of them reach the level of importance and imminence of fighting Obama’s illegal and dangerous amnesty.