Stars: Gene Autry, Frankie Darro, Betsy King Ross. When the ancient continent of Mu sank beneath the ocean, some of its inhabitant survived in caverns beneath the sea. Cowboy singer Gene Autry stumbles upon the civilization, now buried beneath his own Radio Ranch. 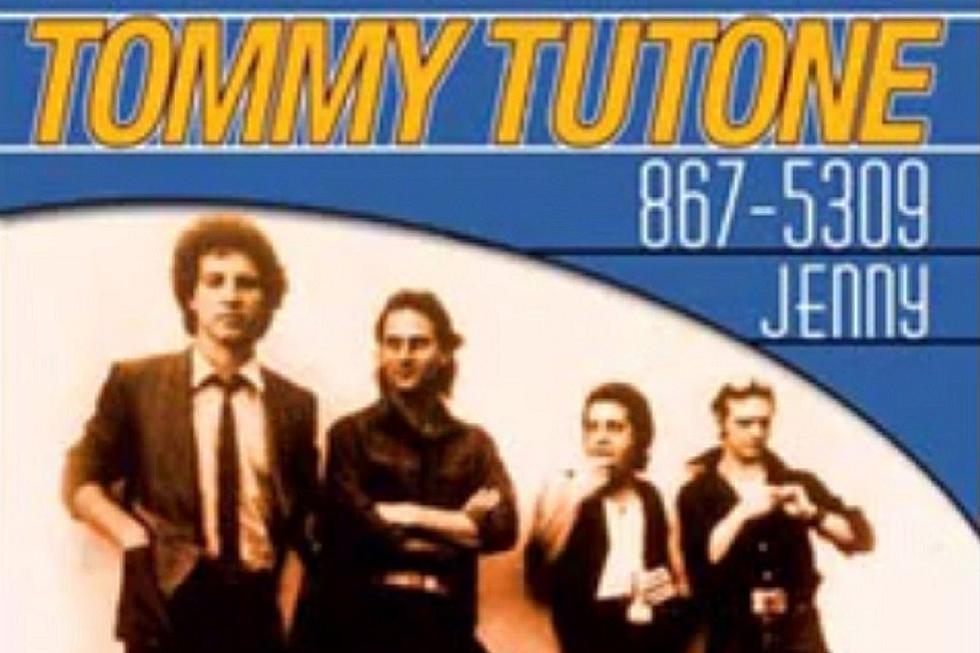 Stars: Stephen Boyd, Raquel Welch, Edmond O’Brien. A diplomat is nearly assassinated. In order to save him, a submarine is shrunken to microscopic size and injected into his blood stream with a small crew. Problems arise almost as soon as they enter the bloodstream. 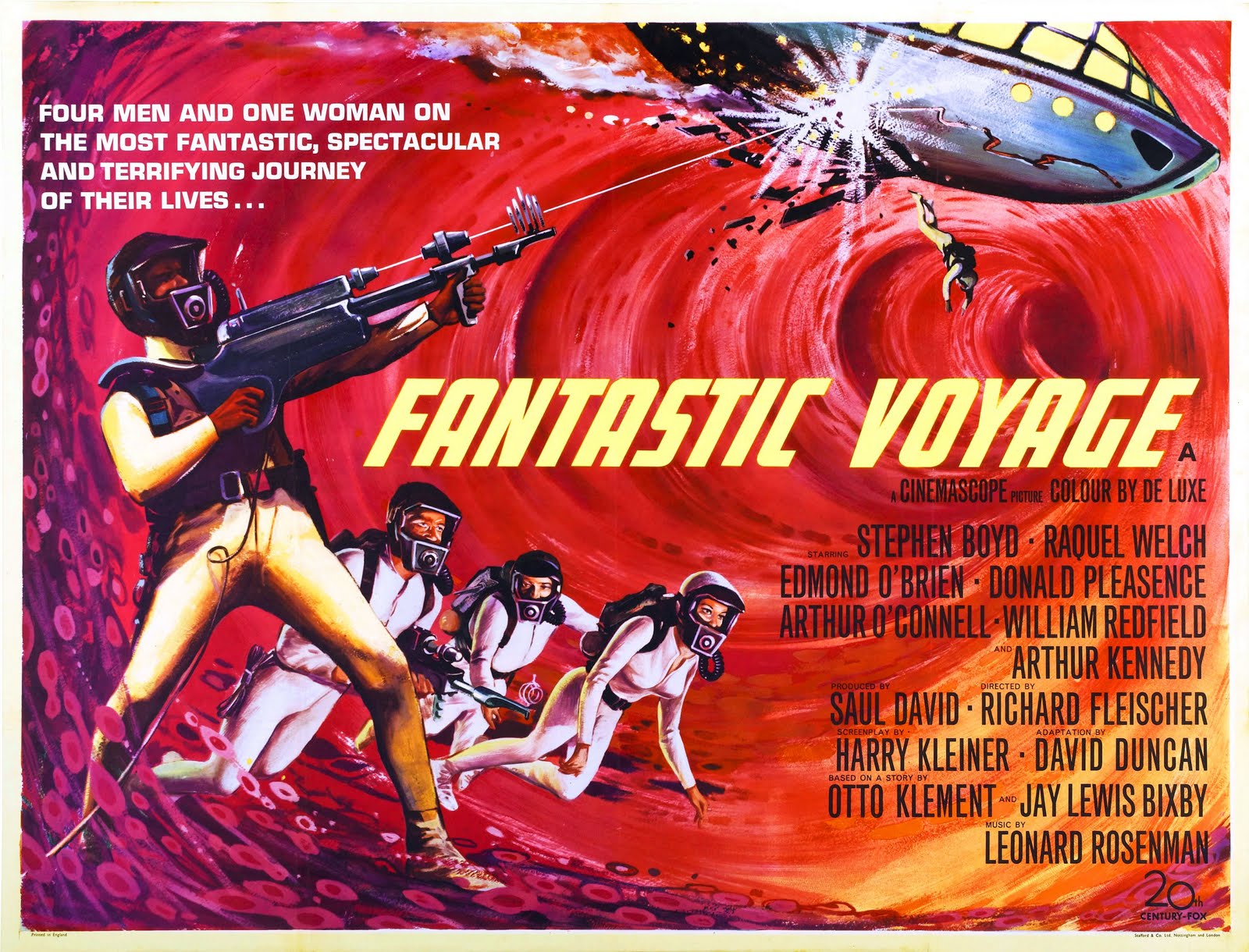 Recently the London Telegraph reported that rising numbers of toddlers are so addicted to iPads they are unable to play with toy building blocks. Young kids increasingly “lack the motor skills needed to play with building blocks because of an ‘addiction’ to tablet computers and smartphones,” revealed the story, citing school teachers’ observations that “many children aged just three or four can ‘swipe a screen,’ but have little or no dexterity in their fingers after spending hours glued to iPads.”

Another shadowy category of casualties of the digital revolution, video-game addicts, attained official recognition in January when a new mental condition, “Internet Gaming Disorder,” was added to psychiatrists’ “Diagnostic and Statistical Manual” used for diagnosing mental illness. “When these individuals are engrossed in Internet games,” says the updated fifth edition, (“DSM-V”), “certain pathways in their brains are triggered in the same direct and intense way that a drug addict’s brain is affected by a particular substance.”

Previously, video-game addiction broke into the news cycle only when it led to horrible crimes – such as when 16-year-old Daniel Petric shot both of his parents in the head, his mother fatally, for taking away his Halo 3 game, or when Rebecca Colleen Christie allowed her 3-year-old daughter to starve to death because mom was so obsessed with playing World of Warcraft online. Most recently, Santa Barbara mass murderer Elliot Rodger, known to be obsessed with the same game, was reported to have been “mimicking a specific character from the violent Warcraft video game.”

Kandies wasn’t alone for long as a knock soon came at the door, and the second tragedy with it. As she began to answer the door, in burst Frederico Reyes, a 30 year old Mexican national who lived next door to Kandies’ friend and was, in fact, the very neighbor he had just given a ride to. Not only did he live next door with his illegal alien family, the mobile home in which he lived was provided by his unscrupulous employer, a Chinese restaurant owner.

No matter how you slice it, illegal aliens are taking what they want. Apologists will offer up the tired old theory that aliens are just good, law abiding, hard working people who want a better life for their families. And then what? Well, then they take the better life, of course, sneaking across our borders or overstaying their visas while availing themselves of those things which should be the privilege of American citizens only.

But many aliens don’t stop there, taking other things they want once they get here. It might be a fraudulent identity. It might be property or possessions. It might be your wife, daughter, sister, mother or grandmother.

Now, pause for a moment and take a close look at the picture accompanying this article. The confident, smiling grandmother in the picture is Peggy Kandies and she has a story to tell. Hopefully, her story places a face on alien crime, a face you’ll never forget.

‘The minute you cross the border put them on an airplane.’

“If we are worried about the danger, then I would send the military across the border, work with their military bilaterally and get the job done,” said Arpaio. “That’s what I would do and we’d clean up this mess.”

“Of course, you have to get the Mexican president to OK it,” he added. “I would just go in there and have a few drinks with him and get the job done.”

Speaking on “Aaron Klein Investigative Radio” on New York’s 970 AM The Answer, the sheriff, known for his tough stance on illegal immigration, was asked how he would help clean up the immigration mess if he were advising the White House.

He continued: “Why do they have to go to court? The minute you cross the border put them on an airplane and send them back.”

Arpaio said there was precedent for dispatching U.S. personnel to Mexico.

During the past five years, costs for English language instruction increased by more than $18 million, and elementary school teachers say they spend an increasing amount of their time on remedial education.

The kindergartners of the Class of 2026, who finished their first year in Fairfax County schools Wednesday, constitute the largest and one of the most ethnically, culturally and socioeconomically diverse groups of students the county has seen, a fact that school system administrators say could pose significant challenges in the decade to come.?

Long an enclave of predominantly white, middle-class families with a top-class school system, Fairfax has experienced a dramatic demographic shift in recent years that is nowhere more obvious than in the county’s kindergarten classrooms. The white student population is receding and is being replaced with fast-growing numbers of poor students and children of immigrants for whom English is a second language.?

More than one-third of the 13,424 kindergartners in the county this year qualified for free or reduced-price meals, a federal measure of poverty, and close to 40 percent of the Class of 2026 requires additional English instruction, among the most ever for a Fairfax kindergarten class.

The demographic changes in Fairfax are likely to have long-term implications for the school system: Most of this year’s kindergarten class will spend the next 12 years in county schools. Schools officials believe that the challenges that come with a less-affluent and less-prepared population will exacerbate the system’s struggles with a widening achievement gap for minorities and ballooning class sizes.

A Country Slipping Away by Dennis Michael Lynch

It is an absolute travesty that an American citizen like myself has to watch his country slip away because the government will not enforce the laws and because greedy business owners want to save $5 per hour by hiring illegal aliens.

My four kids are spread out in terms of age. I get a good look at each of our schools. I have two kids in the high school; I have one child in the middle school; and my youngest is in kindergarten which is part of the elementary school that holds pre-K through 5th grade.

Two days ago, I attended my child’s graduation ceremony at the middle school. This morning, I attended the kindergarten “moving up” ceremony. What I saw on Wednesday was bad, but what I witnessed this morning was heartbreaking.

I start with my experience at the middle school. About 50% of the parents sitting in the audience are new faces. Never did I see these people at school events last year or the year before. My son will later tell me a wave of new kids entered the middle school over the past two years. He added, “Many of them speak very little English.” Turns out, neither do their parents. The parents sitting all around me speak Spanish throughout the ceremony.

What really hits me hard is when the principal asks everyone to stand for the Pledge. Not a single person who is speaking Spanish takes the care or time to participate. Not one of them utters a word, not one of them puts their right hand over their heart. I am furious.

Border Patrol Agent: ‘Government Has Become a Part of the Smuggling Business’

‘If the administration says this isn’t amnesty, don’t believe them.’ Albert Spratte, the sergeant-at-arms of the National Border Patrol Council, Local 3307 in the Rio Grande Valley, said the Obama administration is largely to blame for waves of illegal immigrants that have been flooding the Southwest U.S. border since February, saying the government opened the door for the crisis by making it “clear they’re not going to deport people.”

Spratte, who was speaking with CNSNews.com as a representative of theunion, further said “we don’t have control of the border,” and if the Obama administration claims it is not in effect giving amnesty to the illegals, then “don’t believe them.”

Also, by allowing so many young illegal aliens to be released into this country, “the U.S. government has become a part of the smuggling business,” he said.

“This is Washington’s problem to fix. This administration has made it pretty clear they’re not going to deport people, with things like the DREAM Act and all that,” Spratte told CNSNews.com during an interview on June 22 in McAllen, Texas, currently the busiest zone of the Rio Grande Valley Sector of the U.S.-Mexico border.