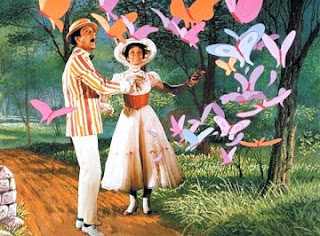 Hey Kids! Get a Framed 8×10 Samuel Adams Print for a $25 Donation to Independent Film, News and Media

“It does not require a majority to prevail, but rather an irate, tireless minority keen to set brush fires in people’s minds.” Samuel Adams

For a $25 donation, IFNM is pleased to offer a framed Samuel Adams print as a premium (as seen below).

Be the first kid on your block to get this slick pic.

Thank you for your consideration.

*Donations are NOT tax deductible.

Posted in Site News and Fundraising

Basil Hoffman was born in Houston, Texas. He attended Tulane University in New Orleans, where he appeared in several campus musical productions and was a member of the Tulane University Theater. He graduated with a B.B.A. in economics; and he spent the next two years at the American Academy of Dramatic Arts in New York, receiving a scholarship for the second, graduating year.

He made his professional acting debut in a resident season in an Equity summer stock company at the White Barn Theatre in Irwin, Pennsylvania. His first television role came the following year on “The Defenders,” directed by Buzz Kulik (who hired him for his first role in a television movie, “Cage Without a Key,” ten years later in California).

His thirteen years of work in New York included many plays, some roles in episodic television, a three-year recurring character on “One Life to Live” on ABC, hundreds of commercials, and a film role in LADY LIBERTY with Sophia Loren, directed by Mario Monicelli.

He made his first trip to Los Angeles in 1974. In that season, he filmed a theatrical feature, AT LONG LAST LOVE, for Peter Bogdanovich, two television movies, television episodes of “Kung Fu,” “Rockford Files,” “Sanford and Son,” “Police Woman” and “M*A*S*H,” and several commercials.

This book is a fly-on-the-wall exploration of this wild weekend and an immersion into the John Wayne mythology: his politics, his inspirations, the plots to assassinate him, his connections to Stalin, Khrushchev, and Chairman Mao, and the death of the Western. 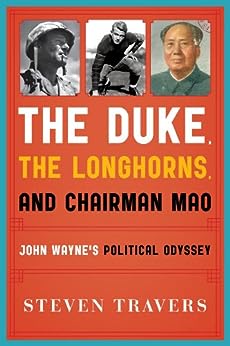 1966. The year of change. The year of division. The middle of the 1960s, the great dividing line between what America had been, and what it became. All of it, in all its color, glory and ugliness, came symbolically together on a hot, humid weekend in Austin, Texas.

The protagonist? None other John “Duke” Wayne, the larger-than-life movie hero of countless Westerns and war dramas; a swashbuckling, ruggedly macho idol of America; the very embodiment of what the United States had become—the new Rome: the most powerful military, political and cultural empire in the annals of mankind. Wayne, like the nation itself, stood astride the world in colossus style, talking tough. Taking no prisoners.

In September of 1966, John Wayne was in Texas filming War Wagon while the integrated Trojans of the University of Southern California arrived in Austin to do battle with a powerhouse of equal stature, the all-white Texas Longhorns. The Duke, a one-time pulling guard for coach Howard Jones at USC, was there, accompanied by sycophants, and according to rumor, with spurs on.

Wayne arrived in Austin the night before the game. Dressed to the nines, he immediately repaired to the hotel bar. He had a full entourage who hung on his every word as if uttered from the Burning Bush. So it was when the Duke ordered his first whiskey. Thus surrounded by sycophants, John Wayne bellowed opinions, bromides and pronouncements. What happened next is subject to interpretation, for this weekend and many other details of the Duke’s “Trojan wars” are revealed and expounded upon by longtime USC historian Steven Travers.

The audit discovered that the employer with the very worst record for filing no-match W-2s had filed 117,792 over the three years—an average of 39,246 no-match W-2s per year.

The audit report looked at “inaccurate wage reporting”—or the filing of W-2 forms on which the name and the Social Security Number do not match. The SSA has long said these no-match W-2s are frequently filed on behalf of illegal aliens. According to the IG audit report released earlier this month, a senior IRS official admitted to the IG that the service knows this is the case.

“Furthermore,” said the report, “a senior employment tax official at the IRS acknowledged that unauthorized noncitizens accounted for a high percentage of inaccurate wage reporting.”

The audit looked at the U.S. employers who in tax years 2007-2009 (the latest for which all data was available) had the worst records for filing W-2s on which the names and Social Security Numbers did not match

Security housing units are not country clubs. But inmates have to work to get there. For the safety of other inmates, that’s where some of them should remain. Celebrities such as Peter Coyote, Jay Leno and Susan Sarandon and civil libertarians diminish their credibility by embracing the cause of gang leaders who masquerade as human rights advocates.

Civil libertarians and Hollywood celebrities recently signed a letter voicing support for prisoners engaged in a hunger strike over conditions in the security housing unit at Pelican Bay State Prison.

They ought to save their outrage.

Inmates fomenting the hunger strike claim human rights are being violated. But they include killers and leaders of the most brutal gangs in the prison system. They are from the Aryan Brotherhood, Black Guerrilla Family, Mexican Mafia and Nuestra Familia. One shot-caller was named as an unindicted co-conspirator in federal indictments returned last week in Los Angeles seeking to disrupt Mexican Mafia operations.

Corrections Secretary Jeffrey Beard told The Sacramento Bee’s editorial board that the hunger strike has nothing to do with conditions and everything to do with gang leaders wanting to get into the general population so they can more readily conduct their gang business. We see no reason to gainsay his statement.

California prisons are monitored closely by the federal courts, a court-appointed special master, and a receiver who oversees health care, plus aggressive prisoner rights attorneys from the Prison Law Office in Berkeley.

U.S. District Judge Thelton Henderson of San Francisco and U.S. District Judge Lawrence K. Karlton of Sacramento have issued orders that have forced California to spend billions to vastly improve health and mental health care in the prisons. The judges’ orders led to the U.S. Supreme Court decision prompting the state to reduce the number of inmates from 174,000 to 119,000.

The government on Friday released a report which shows that crime rates have skyrocketed with the number of proscribed groups rising from 33 to 46 over the last eight months. The report by the national crime research centre also indicates a worrying trend where criminal gangs are now recruiting children and women. Michael Njenga has the details of the organised criminal gangs in Kenya report.

Dr. Gina Loudon has 2 Masters Degrees and a PhD in psychological fields (Psychology [WWU]; Counseling Education [SLU]; Human Development [FGU]; Human and Organizational Systems [FGU]). She is co-author of Ladies and Gentlemen: Why the Survival of our Republic Depends on the Revival of Honor. She is credited as one of the “100 Founding Members” of the Nationwide Tea Party movement, Founder of Arizona BUYcott, and originator of the field of Policology–the nexus of politics and psychology.

Nearly 90 Million Americans No Longer in the Labor Force (Video)

Fox News reports on the drastic downward shift in the American labor market under the Obama administration.