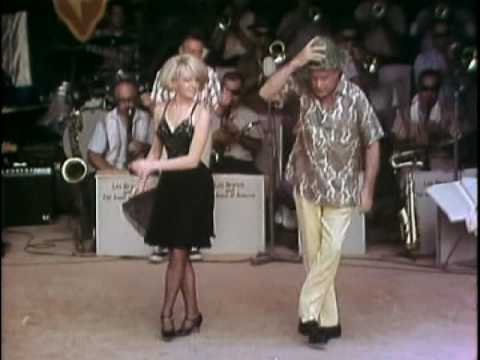 Posted on November 30, 2017 by ifnm| Comments Off on Quick Pix: Jim Nabors w/Video

James Thurston Nabors (June 12, 1930 – November 30, 2017) was an American actor, singer, and comedian. Nabors was born and raised in Sylacauga, Alabama, but he moved to southern California because of his asthma. He was discovered by Andy Griffith while working at the Santa Monica nightclub The Horn, and he later joined The Andy Griffith Show as Gomer Pyle. The character proved popular, and Nabors was given his own spin-off show Gomer Pyle, U.S.M.C.. 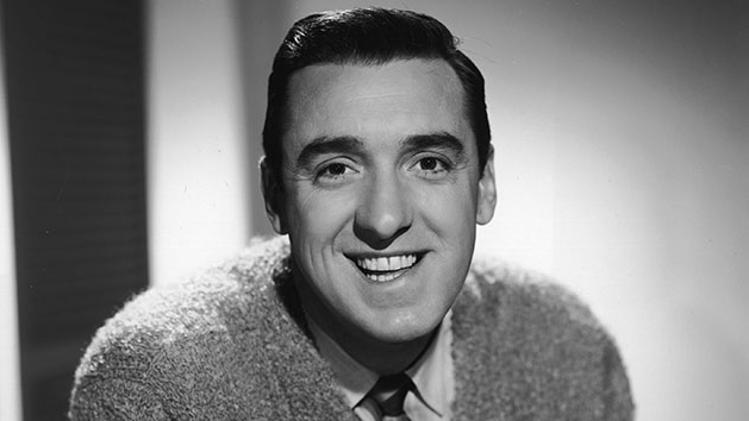 Stars: Henry Fonda, Maureen O’Hara, James MacArthur. Clay Spencer is a hard-working man who loves his wife and large family. He is respected by his neighbors and always ready to give them a helping hand.

In this lecture, I present the second half of the story of Jacob, later Israel (he who struggles with God). After serving his time with his uncle Laban, and being deceived by him in the most karmic of manners, Jacob returns to his home country. On the way, he encounters an angel, or God Himself, wrestles through the night with Him. Successful in his encounter, he still sustains damage to his thigh, but earns the name Israel, and becomes the father of all those who to this day wrestle with God. 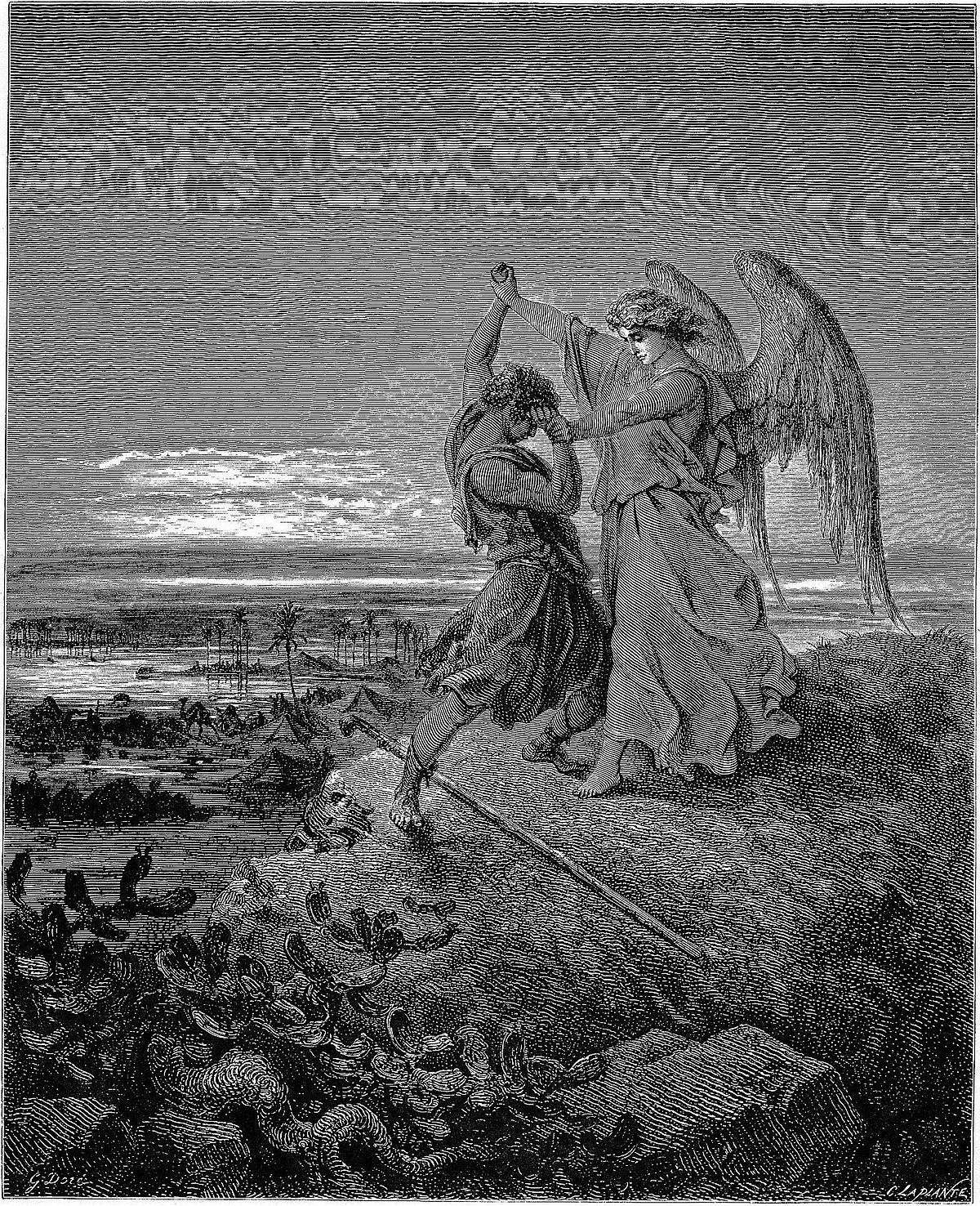 The head of the Federal Communications Commission is going on the offensive against tech companies in an effort to make his case for repealing net neutrality rules. 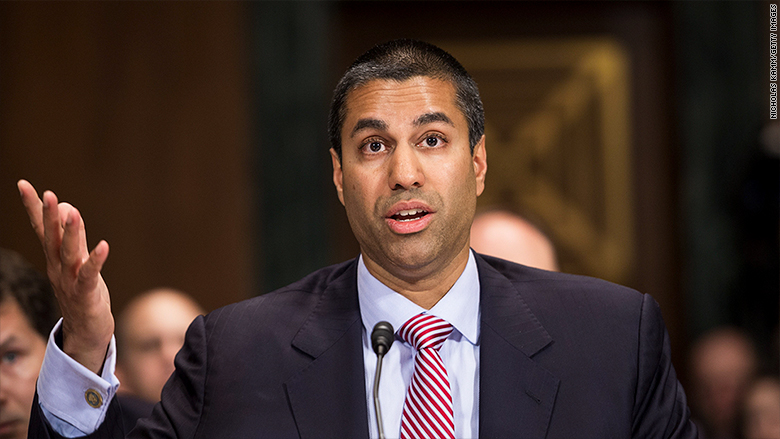 FCC chairman Ajit Pai on Tuesday accused Twitter (TWTR, Tech30) and other tech companies of being disingenuous by arguing for a free and open internet while they “routinely block or discriminate against content they don’t like.”

The remarks came as part of a speech on his recently revealed plan to unravel Obama-era net neutrality protections at a telecom policy event in Washington DC. The 2015 rules were intended to keep the internet open and fair by preventing broadband providers from playing favorites with online content.

Pai argued that it’s actually the “edge providers,” the FCC’s term for services like Google and Facebook, that “are a much bigger actual threat to an open Internet than broadband providers, especially when it comes to discrimination on the basis of viewpoint.”

Pai, a Republican commissioner appointed to head the agency by President Trump, specifically called out Twitter for appearing to have a “double standard when it comes to suspending or de-verifying conservative users’ accounts as opposed to those of liberal users.

Katie Hopkins: Get Furious and Fight Back (Video)

Posted on November 30, 2017 by ifnm| Comments Off on Katie Hopkins: Get Furious and Fight Back (Video)

“This is our time. Do not become like Britain.”

Katie Hopkins: Hello. Thank you very much for having me here. It’s such a pleasure to be – I don’t know – amongst people that are prepared to fight for their country, and I really appreciate the opportunity to be here. A couple things I should clear up, really, before I start. First up, I’m not Milo, and neither, slightly more offensively, am I Milo’s mother, and also, for the record, some people on the democratic side of things say that I’m a crap Ellen DeGeneres. I’m not her either. Actually, I’m not even gay. I just have short hair. Those are two different things. I am a straight, white, conservative female with one husband and three children under 13, and where I come from, back in Blighty, that virtually makes me an endangered species. I’m on the extinctions list, the list of animals that are due for extinction. I’m up there with the black rhino, and he has an advantage because he’s black. Black lives matter, people.

In fact the threat against me has become a little bit more real of late. I’ve been kind of under attack myself, I suppose, as so many of us have. Only last week a lovely lady called Madihah ****; if I got that wrong, I don’t apologize, and her partner – they’re British, of course – ****; they were in court and they were found guilty of conspiring to commit acts of terror against citizens of the UK, one of which was to decapitate me. Yes. Yes, ladies and gentlemen, Miss Islamic Extremist 2017 had been romancing a jihadi, and as her wedding gift, she wanted my head on a plate. I was at the top of her list because I am the biggest bitch in Britain. Yes, I am. She bought him a hunting knife. She bought him a plastic dummy to practice his stabbing skills on, and they chatted about the glorious day on WhatsApp, and in a rare example of the British police actually doing the job they’ve been paid for, instead of placating the mostly mafia or police in my Twitter, she has been found guilty and sent down. All right. She is going down and she better get used to that in the slammer that she’s been sent to.

Comments Off on Katie Hopkins: Get Furious and Fight Back (Video)

BOOM! Descendant of Pocahontas is YUGE Trump Supporter — Says He Will Be AMERICA’S HERO! (Video)

Posted on November 30, 2017 by ifnm| Comments Off on BOOM! Descendant of Pocahontas is YUGE Trump Supporter — Says He Will Be AMERICA’S HERO! (Video)

Debbie “White Dove” Porreco, a descendant of Pocahontas is a YUGE Trump-supporter. In a September interview with Sky News, Porreco revealed she is in no way offended when President Trump calls Senator Elizabeth Warren (D-MA) “Pocahontas.” In a September interview with Sky News, Debbie “White Dove” Porreco said that Trump once asked her if it offended her that he used the name “Pocahontas” to refer to the Democratic senator.

“I know that he uses ‘Pocahontas’ sometimes with Elizabeth Warren,” Porreco explained. “He said, ‘well does that offend you when I use that?’ And I told him no, it doesn’t offend me.”

“If Pocahontas were alive today, she would be very proud of President Trump,” Porreco said. “Just like Pocahontas was a heroine, Donald Trump is going to be our hero.”

“Sometimes when I’m dining at Mar-a-Lago, I think to myself, ‘You’ve come a long way from that Indian reservation you started in. Pocahontas had dreams and went to England. My dreams brought me to Palm Beach,” Porreco told Sky News.

Comments Off on BOOM! Descendant of Pocahontas is YUGE Trump Supporter — Says He Will Be AMERICA’S HERO! (Video)

Kit Carson and the Mountain Men

Posted on November 30, 2017 by ifnm| Comments Off on Kit Carson and the Mountain Men

Was Kit Carson truly the king of the trappers?

A large rodent determined the destiny of Kit Carson, the Mountain Men and much of the American West. The North American beaver, the second-largest rodent in the world, along with its Eurasian cousin, was prized for its luxurious fur. Beaver pelts, useful in manufacturing malleable felts for hats, were prized throughout Europe, with the industry centralized in Russia from the 15th century onward.

The fine quality of beaver hats, and their expense, led to their identification with wealth. During the English Civil War, the broad-brimmed beaver hat became symbolic of the royalist cavalier faction, while in the Catholic Church, it became the headgear of cardinals. By the late 16th century, however, European beavers had been trapped to near-extinction.

The colonization of the New World opened up a fresh and cheaper supply of beaver pelts. The French and the British fought a series of wars in order to monopolize this new fur trade market. The triumphant British attempted to keep their American colonies hemmed in to the east of the Appalachian Mountains to better control this valuable trade, which contributed to the outbreak of revolution in 1775.

Comments Off on Kit Carson and the Mountain Men

“Defendant Chan got rich by operating a long-term fraudulent scheme during which she manipulated a government program intended to encourage investors and stimulate the U.S. economy,” said Danny Kennedy, assistant director in charge of the FBI’s Los Angeles Field Office, in a statement. Victoria Chan pleaded guilty to exploiting the EB-5 visa program, which allows immigrants to the United States to receive green cards in exchange for investing at least $500,000 in an American business that creates jobs.

Chan ran the fraud scheme through a San Gabriel-based business called the California Investment Immigration Fund, according to a statement from the U.S. Attorney’s Office.

Investigators alleged that Chan’s father, Tat Chan, was also involved in running the scheme. Thom Mrozek, a spokesmen with the U.S. Attorney’s Office, said an investigation into Tat Chan’s involvement in the scheme was ongoing, but that there was no pending court case against him.

FBI and federal immigration agents seized records in an April raid at CIIF’s office in the Hilton hotel at 225 West Valley Blvd. in San Gabriel and at homes in Arcadia and South El Monte where Chan family members lived. Comments Off on Mexico promised affordable housing for all. Instead it created many rapidly decaying slums