Posted on September 29, 2017 by ifnm| Comments Off on DOJ files suit against company for allegedly not hiring Americans (Video)

A Civil Rights Division official told Fox News that since the initiative’s launch, the division has opened 29 investigations of “potential discrimination against U.S. workers based on a hiring preference for foreign visa workers.” The Department of Justice announced Thursday it has filed a lawsuit against a Colorado corporation for allegedly discriminating against U.S. workers.

The complaint alleges that in 2016, Crop Production discriminated against at least three United States citizens by refusing to employ them as seasonal technicians in El Campo, Texas, because Crop Production preferred to hire temporary foreign workers under the H-2A visa program.

“In the spirit of President Trump’s Executive Order on Buy American and Hire American, the Department of Justice will not tolerate employers who discriminate against U.S. workers because of a desire to hire temporary foreign visa holders,” Attorney General Jeff Sessions said in a statement. “… Where there is a job available, U.S. workers should have a chance at it before we bring in workers from abroad.”

This is the first complaint filed stemming from the “Protecting U.S. Workers Initiative,” which was launched on March 1.

IBM Now Has More Employees in India Than in the U.S.

Posted on September 29, 2017 by ifnm| Comments Off on IBM Now Has More Employees in India Than in the U.S.

IBM has shifted its center of gravity halfway around the world to India, making it a high-tech example of the globalization trends that the Trump administration has railed against. 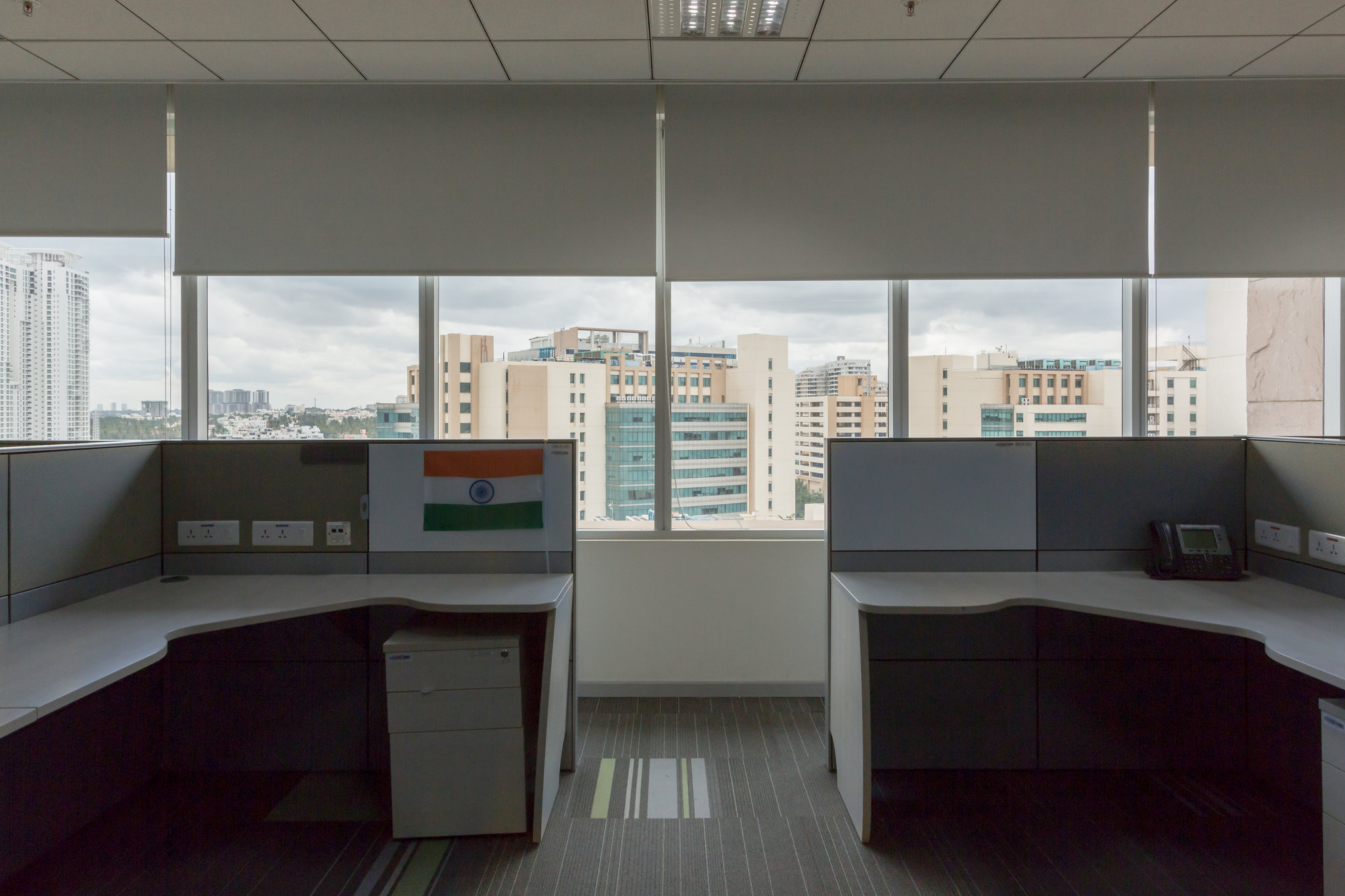 IBM dominated the early decades of computing with inventions like the mainframe and the floppy disk. Its offices and factories, stretching from upstate New York to Silicon Valley, were hubs of American innovation long before Microsoft or Google came along.

But over the last decade, IBM has shifted its center of gravity halfway around the world to India, making it a high-tech example of the globalization trends that the Trump administration has railed against.

Today, the company employs 130,000 people in India — about one-third of its total work force, and more than in any other country. Their work spans the entire gamut of IBM’s businesses, from managing the computing needs of global giants like AT&T and Shell to performing cutting-edge research in fields like visual search, artificial intelligence and computer vision for self-driving cars. One team is even working with the producers of Sesame Street to teach vocabulary to kindergartners in Atlanta.

Comments Off on IBM Now Has More Employees in India Than in the U.S.

The H-1B visa has led to American jobs being outsourced to India and displacement of U.S. workers, a new study confirms. The study by the Center for Global Development details how the widespread use of the H-1B visa has led to outsourcing and displacement of Americans while strengthening the pocketbooks of big business executives through “firm productivity” and “consumer welfare.”

Every year, more than 100,000 foreign workers are brought to the U.S. on the H-1B visa and are allowed to stay for up to six years. That number has ballooned to potentially hundreds of thousands each year, as universities and nonprofits are exempt from the cap. With more entering the U.S. through the visa, Americans are often forced to train their replacements.

The H-1B visa, according to researchers, is partly responsible for the outsourcing of American information technology (IT) jobs, as it led to a tech boom in India.

“Indian students enrolled in engineering schools to gain employment in the rapidly growing US IT industry via the H-1B visa program,” the study states. “Those who could not join the US workforce, due to the H-1B cap, remained in India, and along with return-migrants, enabled the growth of an Indian IT sector, which led to the outsourcing of some production to India.”

Researchers also admit that American workers, because of the importation of foreign workers through the H-1B visa, have been displaced and forced to take jobs in non-computer science careers.

Posted on July 26, 2017 by ifnm| Comments Off on Outsourcing firm guilty of massive H-1B visa fraud

Every year, Americans lose jobs in the tech., medical and fashion industries to the more than 100,000 foreign guest workers who come to the United States on the H-1B visa.

The owner of a California-based outsourcing firm called Strataserv was busted for bringing foreign guest workers into the country via the H-1B visa by falsely claiming that they had jobs waiting for them at Cisco, an IT and networking company in San Jose.

Aiyaswamy, 50, of San Jose, admitted in federal court that between April 2010 and June 2013, she made numerous false statements and submitted more than 25 fraudulent documents to the United States Citizenship and Immigration Services (USCIS) for the purpose of obtaining H-1B non-immigrant classifications for skilled foreign workers.

Posted on June 22, 2017 by ifnm| Comments Off on White ex-employee at Infosys in Plano files suit, claims company favored workers from India 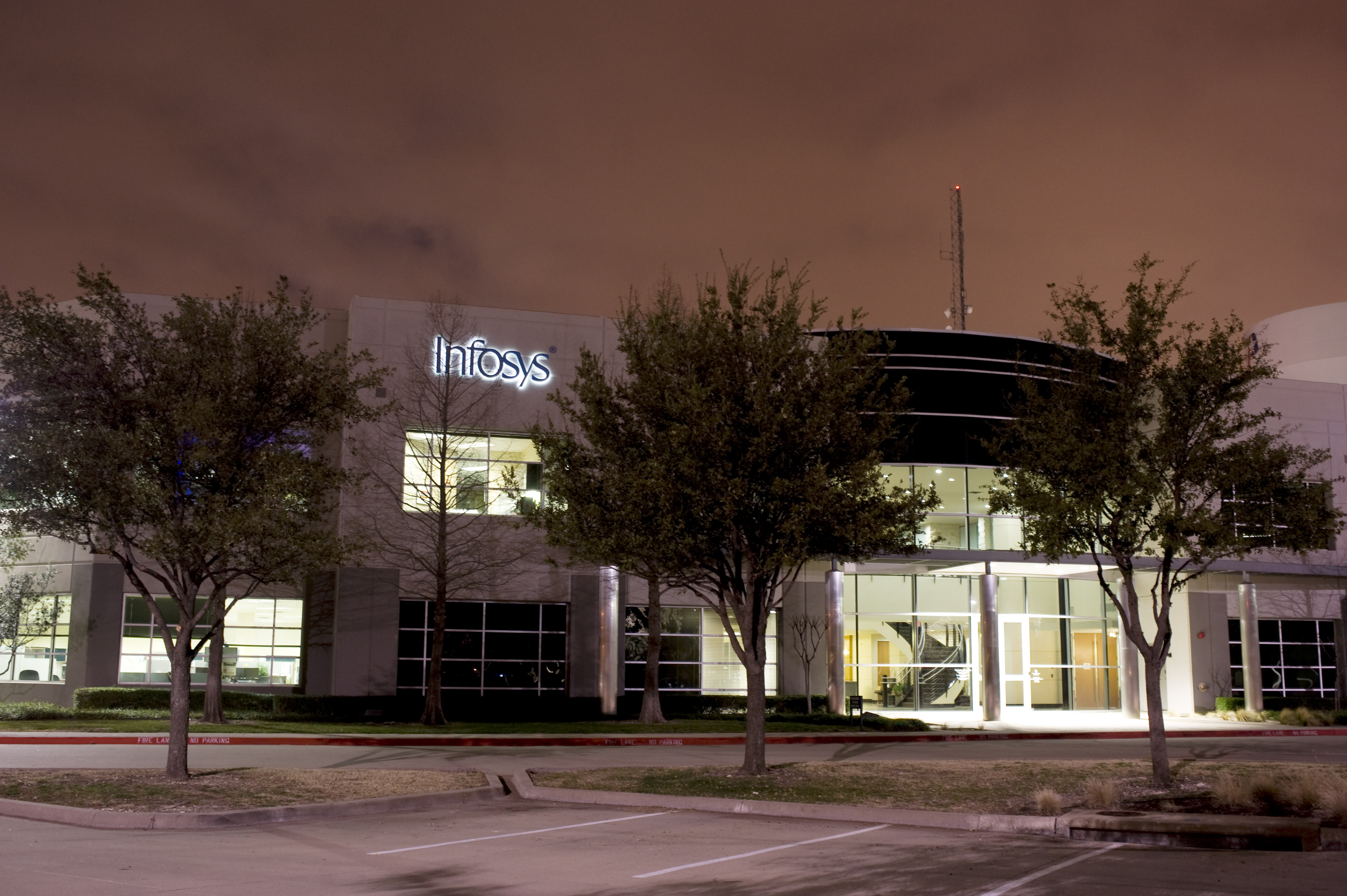 Infosys, the India-based information technology consulting firm with an office in Plano, is facing yet another reverse discrimination lawsuit asserting that it creates a hostile work environment for workers who are not from India or South Asia.

Erin Green, a former supervisor at Infosys, filed suit this week in the Eastern District of Texas in Sherman, alleging that he and black and white staffers on his team were denied raises and promotions, and that other “non-South Asian” workers were berated by South Asian company officials.

Green, of Frisco, is white and rose to the rank of “head of global immigration” while working in the company’s Plano office. He was terminated in June of 2016, ostensibly for violating Infosys’ “code of conduct by using his work computer for personal use a number of years earlier.”

Posted on June 15, 2017 by ifnm| Comments Off on Iowa IT Firm Caught Posting ‘No Americans’ Job Listing

The ad by American Technology Consulting, posted to the recruiting website ZipRecruiter, sought a java developer to work in San Diego. Initially, it stated “H1B Only,” a reference to the H-1B guest worker visa program for high-skilled workers. The company changed the ad and deleted reference to the H-1B visas, but critics said it likely violates the Civil Right Act, which prohibits discrimination on the basis of citizenship and national origin.

“It’s explicitly against the law,” said Mark Krikorian, executive director of the Center for Immigration Studies. “This isn’t some gray area. But it does tell you what this company is about.”

Krikorian, who retweeted a screen shot of the original ad on Friday, said it should attract the attention of the Department of Justice to see if the company is complying with employment laws.

“It doesn’t matter that the ad doesn’t say that anymore,” he said.

Posted on May 12, 2017 by ifnm| Comments Off on American Replaced by H-1B Making Run for Congress

At the end of May, it will be three years since former tech employee Craig Diangelo was laid off and forced to train his foreign replacement through the H-1B visa. The 64-year-old is looking to change the very system which dismantled his and so many of his friends’ lives. Diangelo is running for the Fifth Congressional District in Connecticut, which is currently held by pro-H-1B Rep. Elizabeth Esty (D-CT).

“She’s useless,” Diangelo said of Esty in an interview with Breitbart Texas.

Diangelo said in 2013, he was working at what is now Eversource Energy, when suddenly the company partnered with Infosys and Tata Consulting Service to replace at least 220 Americans’ jobs to primarily Indian nationals who were coming to the U.S. through the H-1B visa.

That’s when Diangelo, who was featured on an H-1B visa investigative on 60 Minutes last month, said he and his fellow American coworkers, many of whom who had been at the company for more than a decade, put up a silent protest.

The Americans knew their days were numbered at Eversource Energy, formerly North East Utilities, so they began putting American flags at each of their cubicles, and when they were fired due to the H-1B visa replacement workers, they would pack up their things and take their flag down.

DOJ: Employers Seeking H-1B Help Should Not Discriminate Against Americans

Posted on April 3, 2017 by ifnm| Comments Off on DOJ: Employers Seeking H-1B Help Should Not Discriminate Against Americans

On the day the H-1B visa program is open for applications by employers, mostly from the tech industry, the Department of Justice (DOJ) is warning companies not to replace American workers with foreign help. In a statement, Attorney General Jeff Sessions’ DOJ laid down a more aggressive tone on the issue of the H-1B visa’s long history of being used to outsource Americans’ jobs to cheaper, foreign workers that are brought to the U.S.

“The Justice Department will not tolerate employers misusing the H-1B visa process to discriminate against U.S. workers,” Acting Assistant Attorney General Tom Wheeler of the Civil Rights Division said in the statement. “U.S. workers should not be placed in a disfavored status, and the department is wholeheartedly committed to investigating and vigorously prosecuting these claims.”

While the Immigration and Nationality Act is meant to prohibit discrimination against American workers solely because of their citizenship, the H-1B foreign guest worker visa has defied those rules for decades.

Under the H-1B visa, 85,000 new foreign workers are brought to the U.S. every year, often taking once high-paying jobs from Americans who are fired and forced to train their replacements.

If the H-1B visa program had never been introduced and enacted, computer science job availability in the labor market would be up 11 percent and wages in the tech industry would have increased by five percent, Breitbart News reported.

Comments Off on DOJ: Employers Seeking H-1B Help Should Not Discriminate Against Americans

Posted on March 10, 2017 by ifnm| Comments Off on The horrendous visa program forcing tech workers to ‘dig their own graves’

“Why should IBM or Disney be deciding our future voting population?” Horowitz asks. “That needs to be decided by our general immigration system, not those looking to save $15,000 or $20,000 on their labor costs.”

Leo Perrero still remembers the humiliation of losing his job.

“All of you in this room will be losing your jobs in the next 90 days,” he was told, later recalling the experience before Congress.

“Later that same day,” he added, “I remember very clearly going to the local church pumpkin sale and having to tell the kids that we could not buy any because my job was going over to a foreign worker.”

In an upcoming episode of “Michelle Malkin Investigates” — “H-1B Hell: The Sellout of America’s Best and Brightest Workers” — Malkin delves into how the H-1B worker visa program has been putting people like Leo Perrero and countless others out of work since 1990.

On location at UC San Francisco, where 79 IT workers recently lost their jobs to an outsourcing firm and user of H-1B visa workers, Malkin spoke to some of tech workers laid off by the university.

Posted on January 24, 2017 by ifnm| Comments Off on U.S. Airline Pilots Rally at White House: Will Ask Trump To Block Obama’s Export of White-Collar Jobs The airline pilots’ appeal will come one day after Trump’s signature on Monday killed the Trans-Pacific Partnership trade deal, which would have allowed an unlimited number of foreign companies to replace U.S. workers with imported foreign workers paid $1 an hour wages.

“The Obama administration has tilted the field of play in favor of a foreign competitor and put thousands of good-paying, middle-class, U.S. aviation jobs at risk,” said Chip Hancock, chairman of the union’s governmental affairs committee. “We’re very pleased with the [new] president so far for what he’s done to squash these bad trade deals … [and] with the president’s pro-U.S. worker, pro fair trade mantra.”

Throughout his two terms, Obama worked to increase the annual inflow of foreign white-collar workers, and his last-minute regulations allow many more white-collar contract workers to get permanent residence.

Comments Off on U.S. Airline Pilots Rally at White House: Will Ask Trump To Block Obama’s Export of White-Collar Jobs